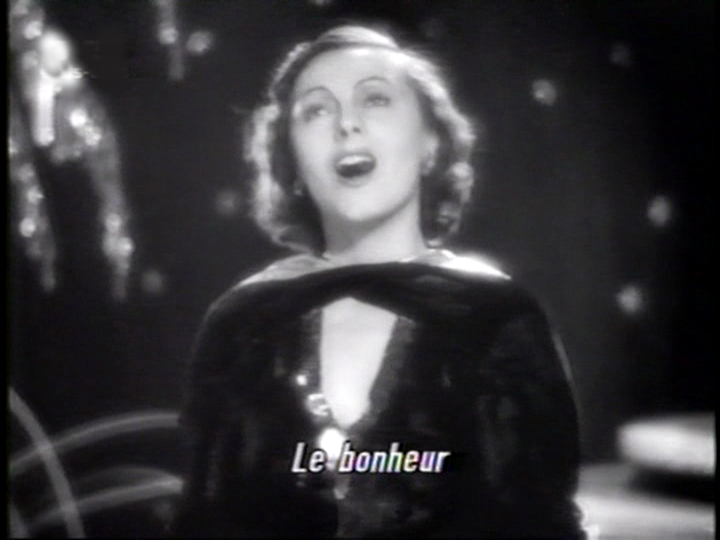 Le bonheur (1934) may be Marcel L'Herbier's best talkie—even if it is, its existence should be enough to disprove the widely and uncritically accepted assumption that the director went into a steep decline with the coming of sound.

In fact, the bigger problem is that not enough people know his work at all. In the silent era, he quite deliberately competed with Abel Gance in terms of cinematic spectacle, swinging his camera from ropes and wheeling it on a lighting stand, while also pursuing a cinema of elaborate, stylized production design. There's something inscrutable about him: he shuttles from genre trifles to experimental epics, and his true sensibility may be glimpsed as much in the former as the latter. Perhaps his homosexuality, an open secret in the film business, led him to to employ layers of careful coding more than most commercial filmmakers.

L'Herbier's early talkies include the lighter-than-air thrillers The Mystery of the Yellow Chamber and The Perfume of the Lady in Black, with Roland Toutain from The Rules of the Game as a miraculously athletic hero, and a playful use of sound and music. Even as late as 1950, with The Last Days of Pompeii, L'Herbier managed an elegant epic: the characters and plot may be stilted as hell, but who cares when the vision of the ancient world on display is almost as sublimely ahistoric as Fellini's? 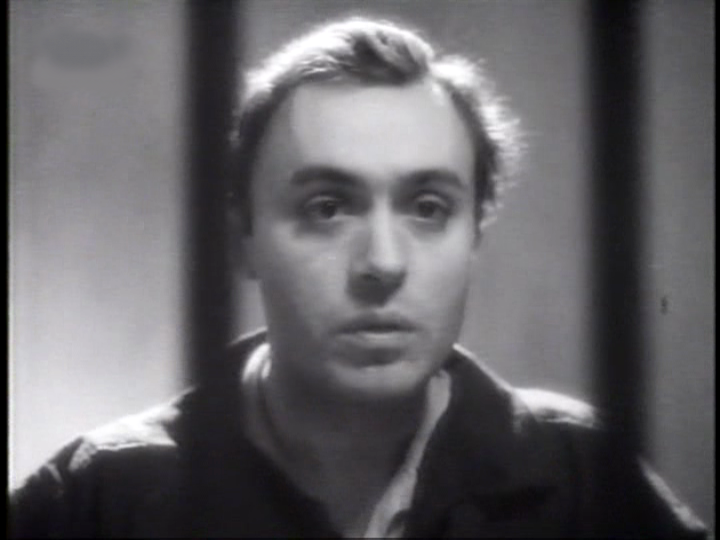 In Le bonheur, the plot is among the most perverse on record: Charles Boyer, an anarchist cartoonist (!) shoots and wounds movie star Gaby Morlay as an act of wanton provocation against society. After recovering from her injuries and suffering a depression, she testifies on his behalf in court, winning him a short six-month sentence. And she's waiting for him when he comes out.

The rest of the movie is about the battle of this unconventional pair to have their love accepted by those around them (chiefly her friends and colleagues, since he has no social circle at all).

It might be asking too much to expect the audience to root for this love affair, but L'Herbier goes for it. We never really find out why Boyer shot Morlay (something to do with her being universally adored by the public), nor why he missed (something to do with the sentimental song, also called "Le bonheur," she just sang), nor why she falls in love with him, nor why he does a couple of other things...the film asks us to accept that peculiar and inexplicable things are done by human beings. It's also put over with sufficient conviction (which is to say, a whole lot of conviction) to make us believe that L'Herbier at least knows why his characters do these things. He's just not telling us.

Some dismiss the film as a run-of-the-mill melodrama, but it really has nothing to do with convention, since such genres demand easily-grasped motivations. By gauzing his leads' interior lives in mystery, L'Herbier violates every tradition of mainstream movie narrative, and seems to be asking that we relate to the couple purely based on their movie-star glamor, their apparent sincerity, and the fact that everyone else (quite reasonably, within the terms of the story) opposes their union. (Is this an analog for the love that dare not speak its name, but belts it out in song with explicatory gestures?) 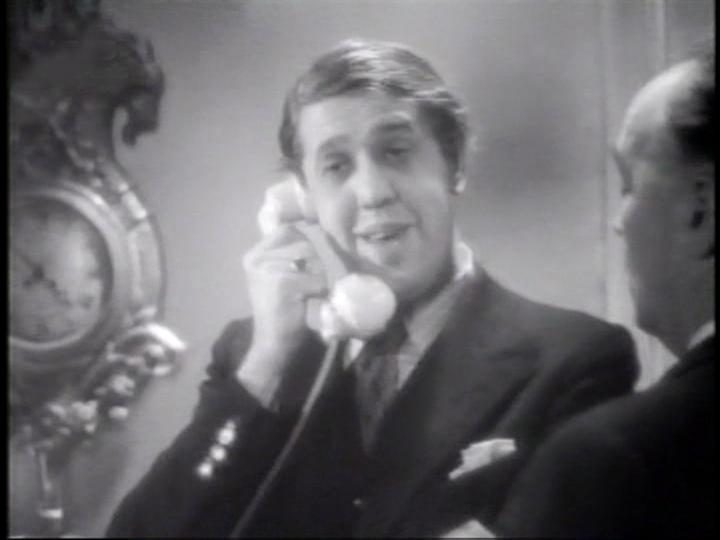 Also featured are fabulous art deco sets, numerous Pathé-Natan﻿ in-jokes and behind-the-scenes sequences at their now-demolished Joinville Studios, Jaque Catelain﻿ as Morlay's aristocratic playboy husband and Michel Simon, surprisingly light on his feet, as her manager. I never expected to see Simon camp it up, but he's surprisingly good at it—you'd think he'd be grotesque, with that buffalo-arse fizzog, but he's just endearing, Pangborning like a man possessed.

And we get a subliminal glimpse of young Jean Marais. 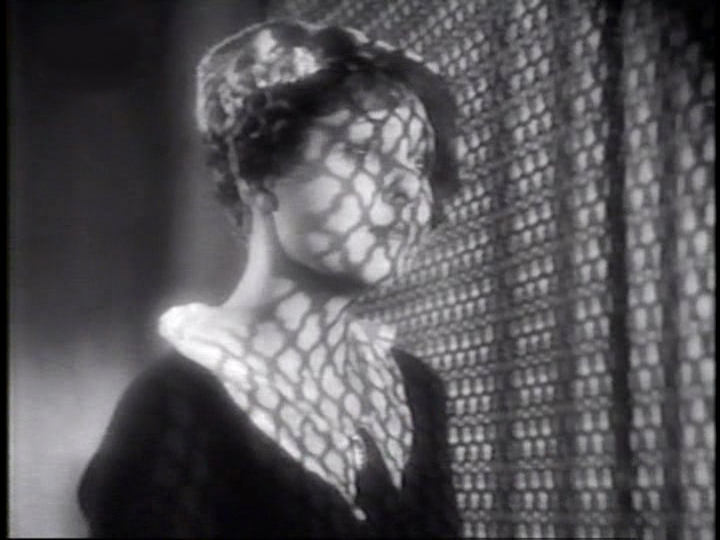 "Charles Boyer never got to play roles like this in Hollywood," observed my friend David Wingrove, who provided the Benshi translation from Lawrence Chadbourne's off-air recording. It's true, Boyer is still in "attractive brute" mode, following on from Lang's Liliom. He was shuttling back and forth across the Atlantic at this point, waiting for a proper US career to materialize, which it slowly did (La Cava's Private Worlds being the tipping point). Meanwhile, Europe was still attractive enough for him to make Mayerling, for which we can be grateful.

And this film! One charming element is cutie Paulette Dubost (the saucy maid in Rules of the Game), a straightforward working girl who was Boyer's theatre date on the night he plugged the diva. Called to testify at his trial, she first hangs her handbag on the bar of the witness stand, then wonders, wide-eyed, why, if he wanted to cause a sensation, he didn't just blow up a car-load of people. "It's just something I wondered." 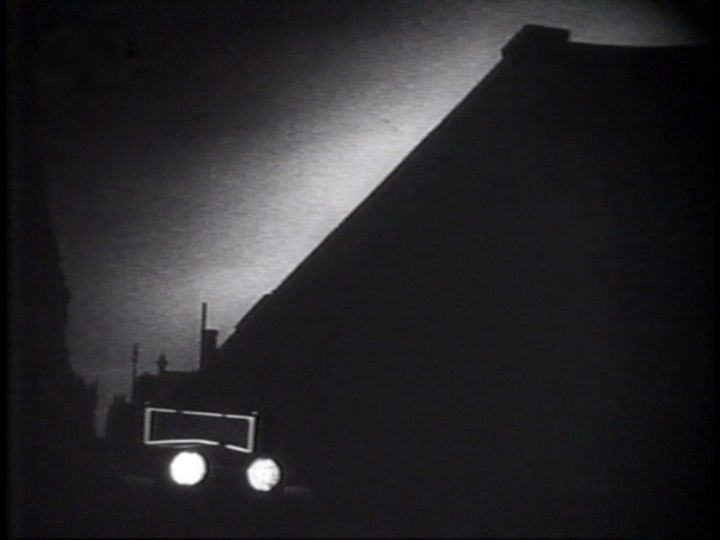 On one level, the movie is about the transfiguring power of cheap songs and low art, like popular cinema—it's a sophisticated film masquerading as the kind of sentimental populist entertainment it deals with. Boyer confesses that it was hearing Morlay sing that caused his hand to tremble when he tried to murder her. She takes this as a tribute to her art. And then he leaves her—solely, it might be argued, so that L'Herbier can shoot a tearful parting. Boyer asks her to think of him when she's shooting a close-up, and, somewhere in the world, he will see in her eyes that thought. Their love affair will continue through the medium of film.

(I guess you could call the following a spoiler: it's the end of the movie, after all. So don't watch if that worries you.)

The Forgotten is a regular Thursday column by David Cairns, author of Shadowplay.﻿ He is currently at work on a documentary about the Pathe-Natan era.