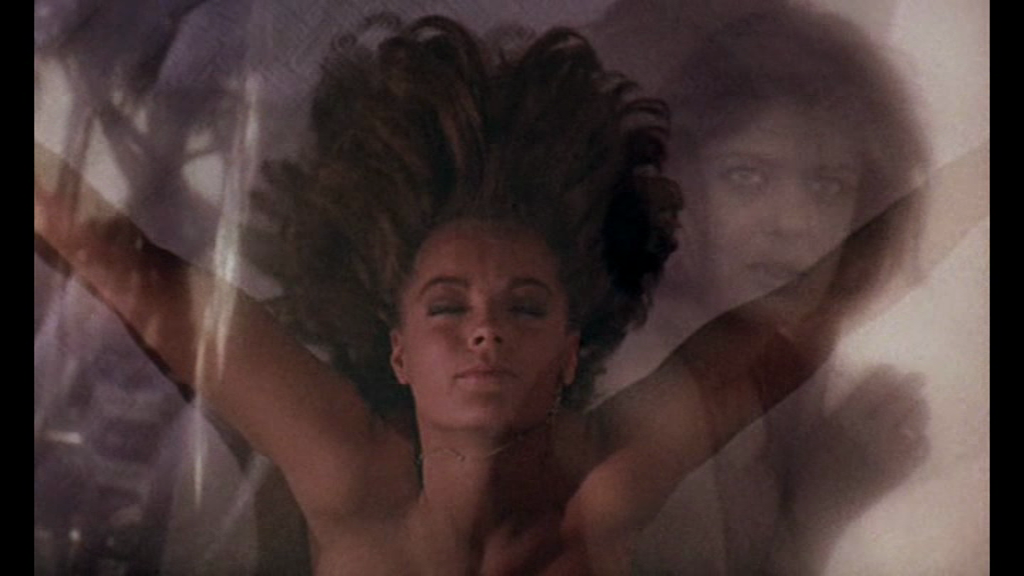 Jules Dassin had established himself as a very capable, smart genre filmmaker in Hollywood by the time the blacklist kicked him out. In Britain, he made Night and the City (1950), which continued his winning streak, and in France Rififi (1955) not only anticipated the direction Jean-Pierre Melville's career was about to take (translating American crime movie tropes to the French idiom), it spawned a whole sub-genre of unofficial sequels. Dassin's own Topkapi (1964) was a colorful spoof of the heist movie.

But the other strand of Dassin's European filmmaking is not so popular: his attempts at being an arthouse director have inspired considerable derision: David Thomson recommends The Law, Phaedra and 10:30 P.M. Summer as cures for suicidal depression; their earnestness strikes him as irresistibly preposterous.

Well, I can resist the temptation to laugh, up to a point: Anthony Perkins' torrid love scene with Dassin's wife, Melina Mercouri, in Phaedra may be the tipping point: it's not that Perkins fails to sell it, it's that everybody oversells it, with roaring fireside, soft focus, pounding piano glissandos and quivering lips. But I still kind of dig it, and can even find things to admire in the genuinely florid A Dream of Passion (1978), in which Mercouri and Ellen Burstyn hoover up a smorgasbord of angst while preparing a Greek tragedy. 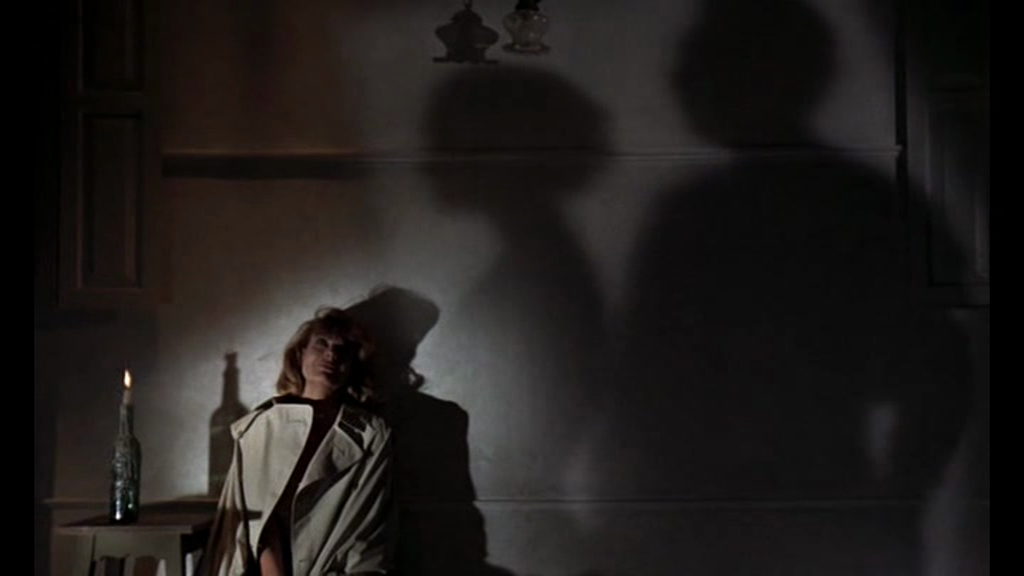 But 10:30 P.M. Summer (1966), adapted from Marguerite Duras, strikes me as really dazzling. It may be overheated and too full of self-importance, but it's also lush, sensuous, obedient to its own cinematic imperatives, which yank it about stylistically from spaghetti western to giallo to Fellini. More impressively, most of the films it reminds me of hadn't been made yet: a headlit night-ride anticipates Toby Dammit so exactly, Fellini might almost have saved himself the trouble of re-shooting and snipped the footage straight from Dassin's release print.

Husband Peter Finch, wife Melina Mercouri, their little daughter, and nanny/mistress Romy Schneider are traveling in Spain. They stop at a small town where a murder has just been committed: a young man has plugged his unfaithful spouse and her lover. Mercouri meets the fugitive macho by chance at the titular time, and tries to help him escape.

This is certainly one of those art films where behavior isn't accompanied by the usual well-explicated motivations, and incidents aren't linked in a causal chain or slotted into a theatrical structure. Some may find it insufferably pretentious, and it's certainly short on humor: Duras herself apparently disliked it, and the style chosen is as far from her own calm, sidelong observation as one could imagine. 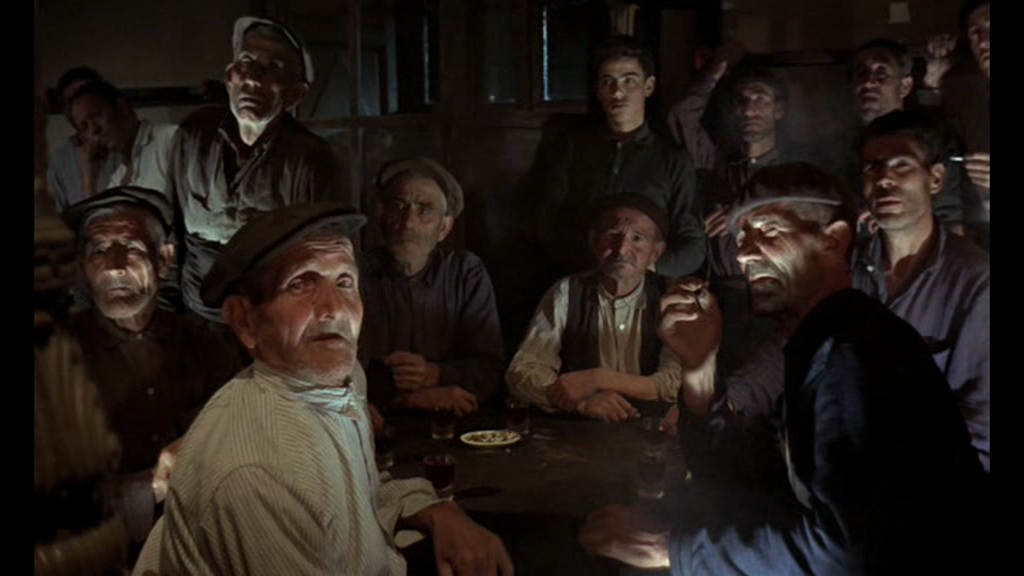 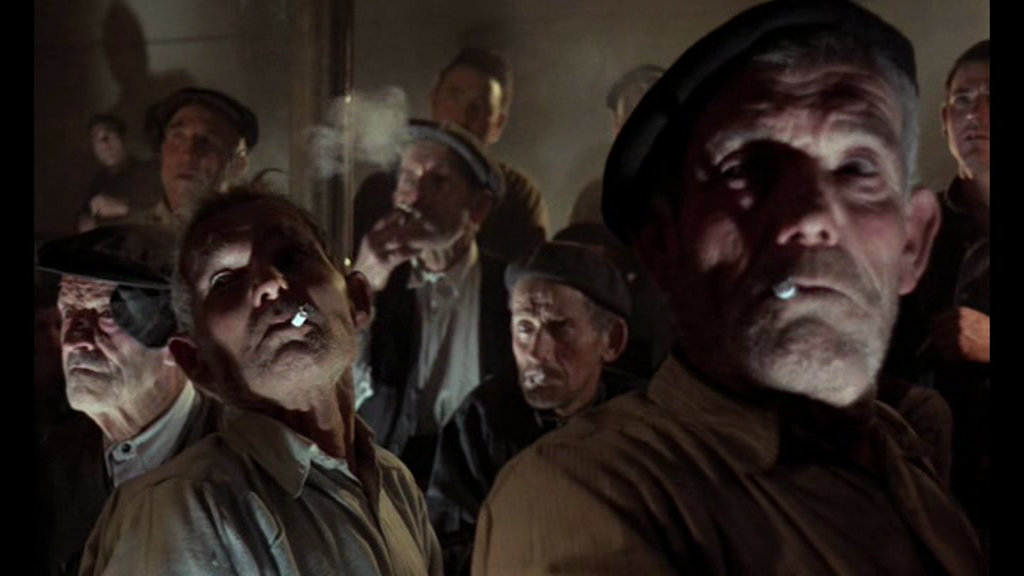 But what a style it is! Cinematographer Gabor Pogany dazzles with sepulchral bar scenes, crowded with Goyaesque weathered faces lit from below. Dassin opens with three shots of the sky and three rumbles of thunder, signalling a literal-minded sound/image accompaniment that soon gets more complicated. The ensuing murder scene follows a crazy musical rhythm made up of bursting light bulbs, tin whistles and barking dogs. With its subjective camera, sex = violence sleaze factor, and timpani thunderbolts,, it seems to be setting up an Argento bloodbath, not the eighty-odd minutes of jagged romantic triangulation that follows. 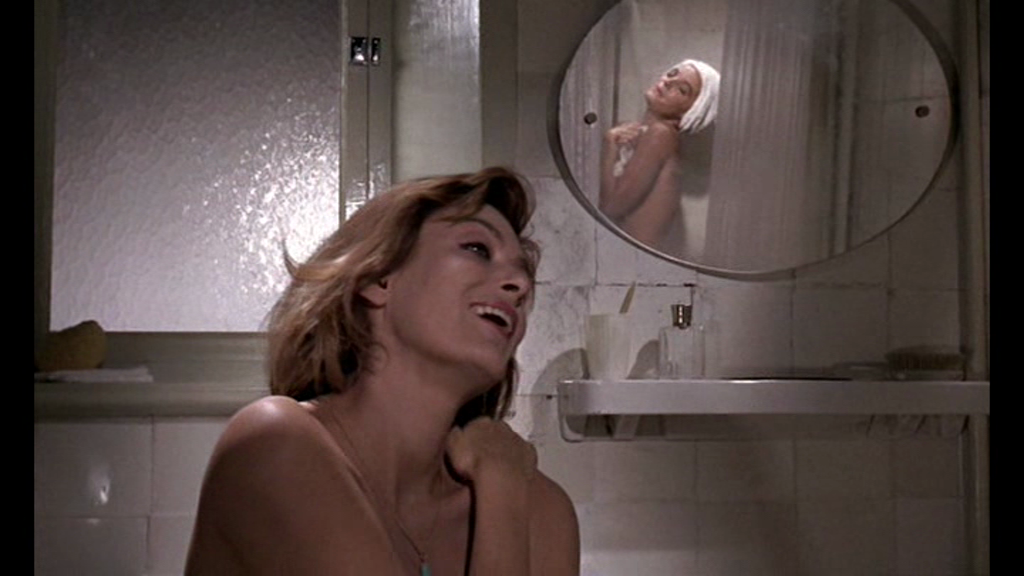 The sexuality, almost but not quite including what I believe some of our racier film journals would term "girl-on-girl action," is surprising for a film of this date (1967 seems to be the year everything started hanging out in earnest), and Mercouri manages to keep the traditional hysteria that's her stock-in-trade dialed down just low enough to stop the audience becoming hysterical in the wrong way. Schneider, apparently fighting an unending and merciless battle to eradicate the memory of her cutie-pie work in the Sissi films, pours sex on everything like syrup. Finch, the eternal adulterer, looks careworn and manly.

I say that sometimes a refusal to laugh at itself can be a strength in a film. I think that Dassin's attempts at profundity shouldn't be only sneered at. I suggest—strongly—that 10.30 P.M. Summer deserves another chance.