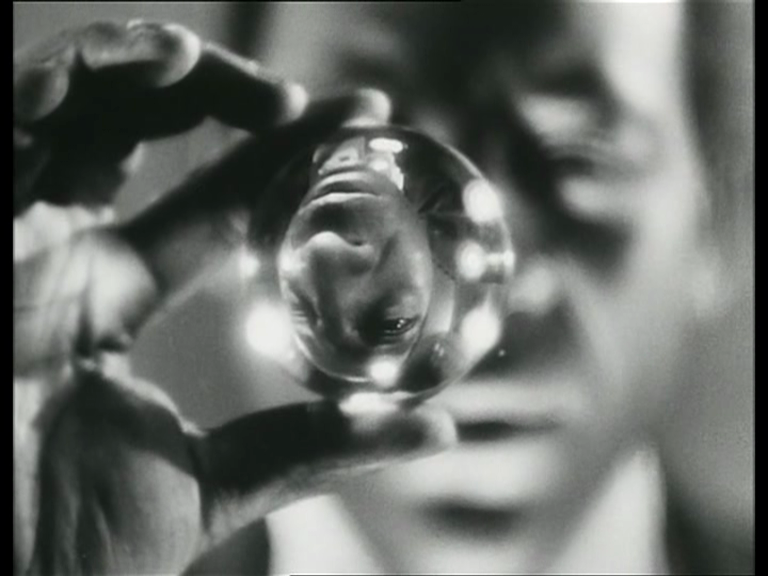 Every time I watch a Jean Grémillon﻿ film I feel compelled to write about the experience here. Either the films are excellent, like Gueule d'amour, or they're something more than that, like Maldone or La petite Lise—attempts to reinvent cinema or to send the talking picture spinning off into a new direction.

Daïnah la métisse﻿ (1932) shows Gremillon still pushing the expressive possibilities of sound cinema that he had opened up in the poorly-received La petite Lise. If the rejection of that first talkie, regarded as both too seedy and downbeat and too experimental and strange, caused him to rethink his approach, there's little evidence here, since Daïnah ﻿is a tragic tale delivered with a similarly somnambular pace, making free use of unexpected angles and a bold approach to both sound effects and narrative. It's as if Grémillon﻿ ﻿ trusted the world to come around to his way of looking at things. 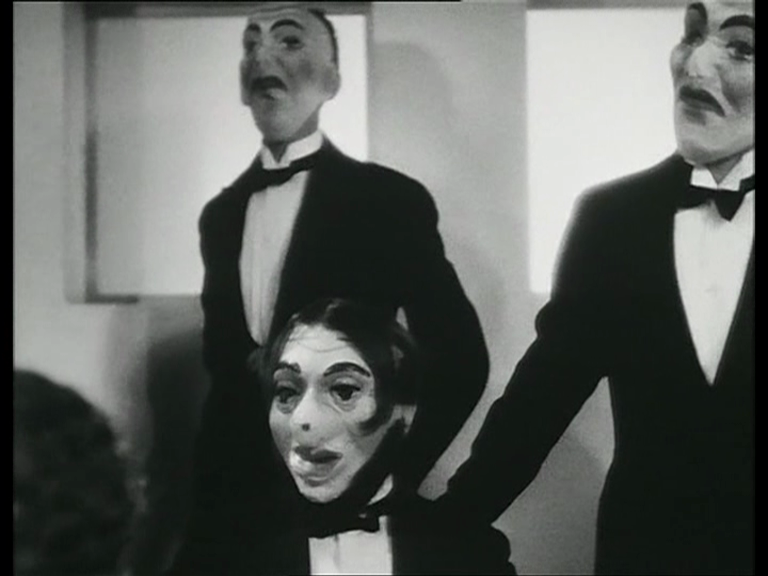 It should be noted, however, that some of the film's strangeness no doubt comes from the fact that producers at Gaumont reputedly slashed the film from ninety minutes to around fifty, its present running time. Like the legendary missing reel of Renoir's La nuit du carrefour﻿, this excised material no doubt makes the film's indirect, murky narrative even more obscure, but in that sense almost comes across as an act of collaboration, making what was already peculiar truly unforgettably odd.

The setting is at least more glamorous than the Devil's Island prison and Paris backstreets of Lise: a sleek, streamline modern ocean liner, where the guests while away the nights in an endless succession of black-tie parties. At a masked ball (like something out of The Shining), a commanding black man (Habib Benglia) entertains with a display of magic tricks that's rather too convincing. His wife, the titular "Dainah ﻿the mulatto" (Laurence Clavius) flirts with all the men, making him unhappy. 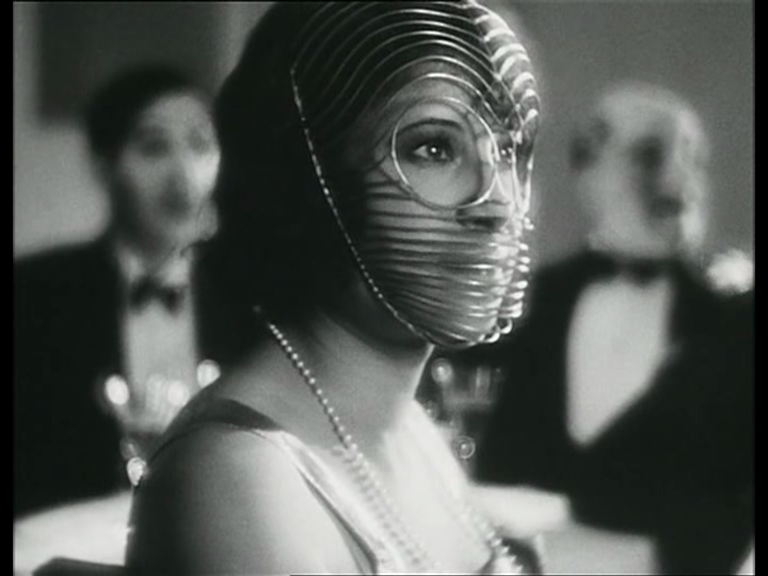 Then she picks the wrong guy, a surly engineer (the ubiquitous Charles Vanel, already a screen veteran) who tries to drag her into a lifeboat. She bits him and escapes. But when she later goes missing, both Vanel and Benglia are suspected. We know Vanel is the guilty one, although the film moves in such a mysterious way, ellipses and indirection, with some strangely unmotivated actions by some characters at some times, that there is always a haunting sense of doubt.

Grémillon﻿'s approach impresses and intrigues right from the start, with a series of dramatic angles on the boat, ocean rushing past: like the detail shots of Travis's cab in Taxi Driver, these create the sense of a vehicle as a solid, static world, with the environment outside rushing past in chaotic flux.

Later, the engine room is a solid wall of noise, a screen behind which the actors must revert to silent movie dumbshow. Grémillon﻿'s interest at this stage is clearly to preserve the aesthetic freedom of silent movies (where, for instance, it was quite acceptable to cut from an actor's face registering realization, to an image of what he was thinking about) while overlaying it with the new expressive possibilities of synchronized sound. 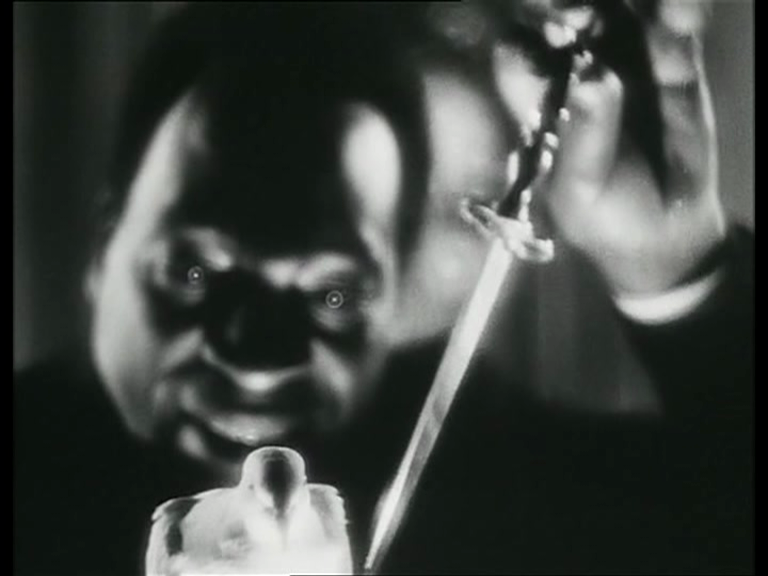 Benglia's magic show is a tour de force, using Méliès﻿ jump-cuts rather than slight-of-hand, augmented by extreme expressionist lighting effects and a distorting wide angle lens. And this plays into the film's ambiguous view of race: Benglia here is sinister, not quite human and perhaps possessed of supernatural powers. When the crisis begins, his eerie calm and lack of affect may win our respect but they partially shut out compassion (and lead others to suspect him of the murder). Only at the very end, vengeance achieved, does he suddenly yield to tears.

On the one hand, playing with the image of the African witch doctor seems a perfectly French thing to do: a colonial nation, and a country where quaint images like golliwogs are still regarded as cute and charming in a nostalgic way. But the sophisticated way the film plays with our expectations goes way beyond French stereotyping of black people, or my stereotyping of the French. Benglia's character lacks even a name: he's credited as "the husband," although since his wife is named Dainah Smith, he must presumably be Mr. Smith, which is hardly better than no name at all. But he's humanized and motivated. He may be a "magic negro" in the sense of having, perhaps, supranormal powers (although outside of the magic show this isn't explored with any certitude), but unlike the stereotypical figure in Hollywood cinema who exists only to serve the white hero's needs, he is very much self-directed. And not to be crossed.

Grémillon﻿'s ﻿approach helps keep the character mysterious until the end, by generating mystery and wonder around everything. When Clavius flirts with Vanel, the scene is shot from two oblique angles, one looking through railings from below decks, neither offering an unobstructed view of either actor. We're made to feel like spies without knowing why.

The crucial scene of the film is absent, presented only as a series of clues and circumstantial evidence: even a sudden flashback showing the scene being witnessed excludes the actual act. All we get is a scarf blowing off into the sea, silent and eerily floodlit by the shipboard illuminations. This flashback, incidentally, follows on from similar time disjunctions in La petite Lise, proving that Marcel Carné﻿ in no sense introduced the technique to France with Le jour se lève﻿﻿, only popularized it. Not only does Grémillon﻿not bother with an explanatory title card warning us he's going to break chronology, he doesn't even use dissolves, he just fades quickly out and in, runs the flashback and comes back by the same means to the same moment he left. The minute-long memory has passed in a single instant. Happening as it does during the first true confrontation between widower and murderer, the effect is electrifying. 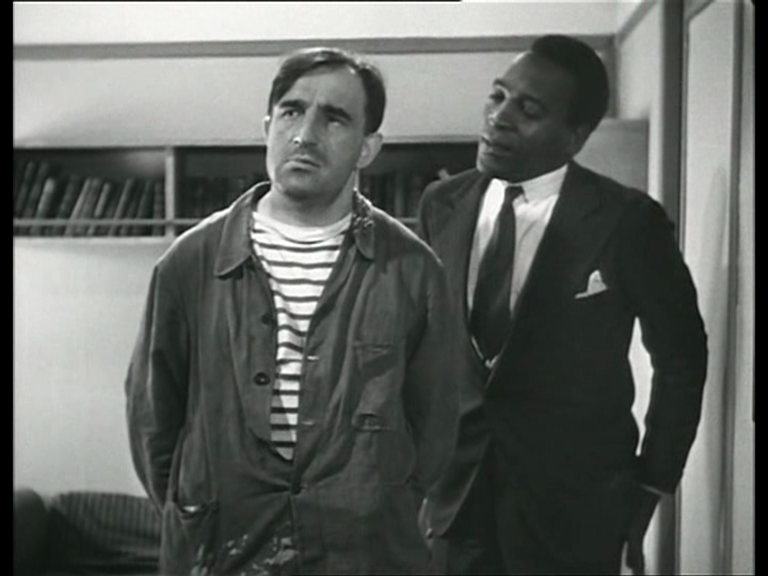 ﻿The welcome set of Grémillon﻿ films recently released by Eclipse should do much to increase the renown of this dazzling and idiosyncratic cineaste. But to really get a sense of the breadth of his vision, we're going to need to see even more.