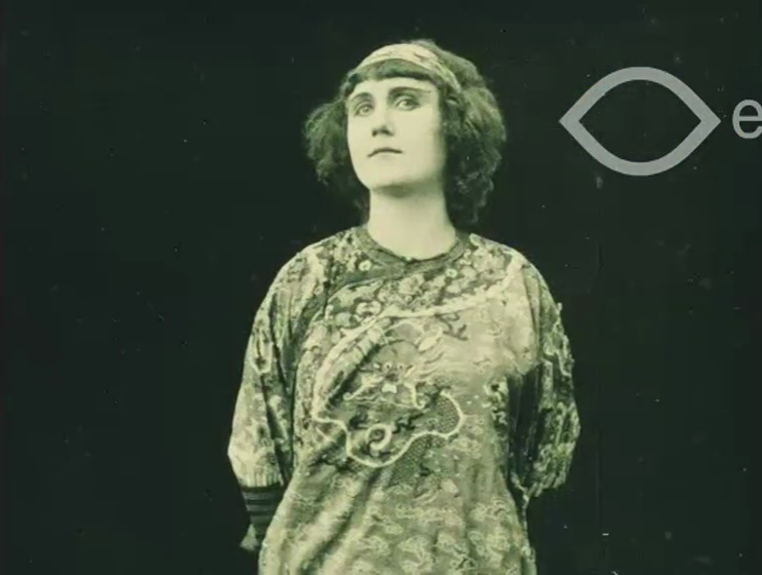 I was first attracted to Das Geheimschloss, a.k.a. Miss Clever Versus the Black Hand, because of an intriguing coincidence concerning its year of production. It's the third episode in a serial chronicling the exploits of intrepid lady detective Miss Clever. Not much is known about the show, even the director being anonymous. But the villains share their name, The Black Hand, with the Serbian nationalist group whose assassination of Duke Franz Fedinand of Austro-Hungary that same year triggered the First World War.

The movie itself is not overtly political. Miss Clever, when first encountered, seems quite bohemian, with her exotic dress and elephant sculptures, but this is probably to contrast with the first of many disguises she slips into, as a telephone operator at a bank whose chairman has received a threatening letter. Today we might wish the criminals every success in their enterprise, but in 1914 a more tolerant view of financial wizards prevailed. 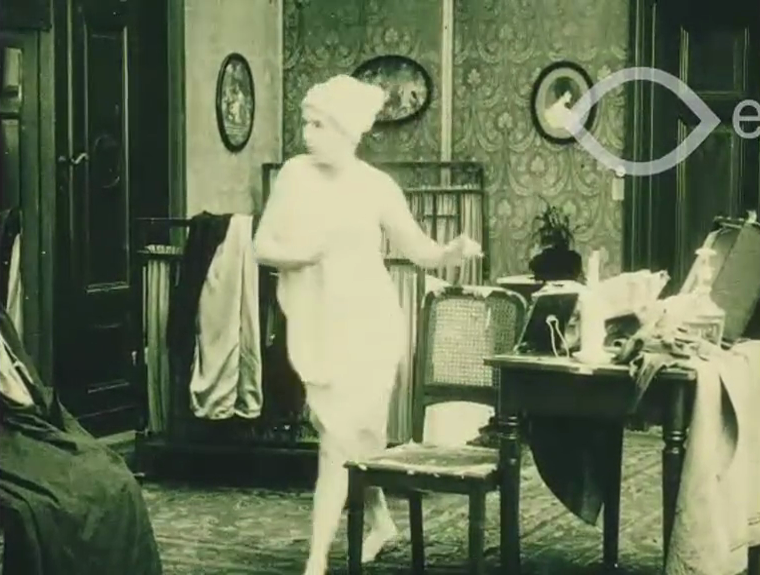 Miss Clever (Miss Ellen Jensen-Eck) is indeed a mistress of disguise, elsewhereimpersonating a beggar woman, an overgrown schoolgirl and a Greek statue, painted white and draped in a toga. This makes for an amusing eavesdropping scene, but works even better when she searches a hotel room, still in her marble makeup. The motivation seems to be not only to show off the character's resourcefulness and the star's versatility, but to facilitate numerous teasing scenes of Jensen-Eck partially disrobing. She's good in drag too. 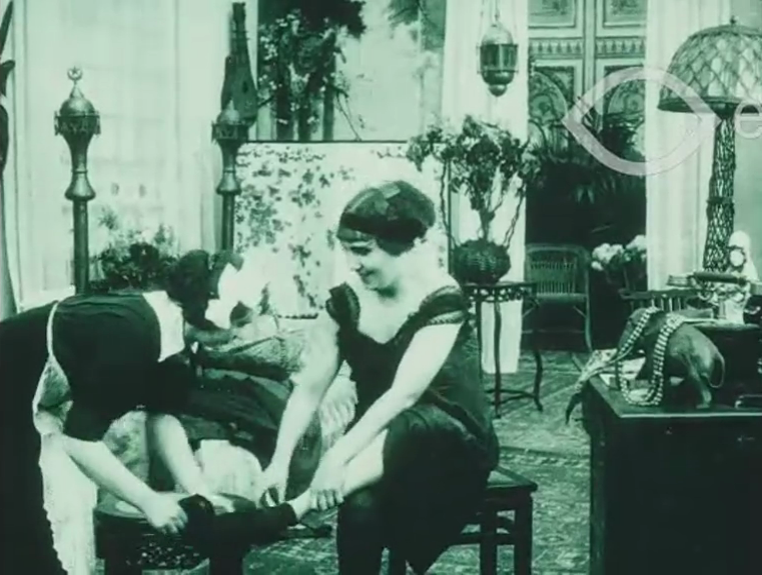 The staid filming style of the era contrasts delightfully with the lunatic melodrama. And there are genuine flourishes, including a triple split-screen sequence when Clever eavesdrops of a telephone conversation. It's all very Fantômas﻿, with more than a touch of The Perils of Pauline, but the heroine's self-reliance makes it genuinely progressive. She may have to bring in a troupe of cops at the end (looking irresistibly Keystone) to snare the malefactors, but otherwise she lives up to her name and then some. 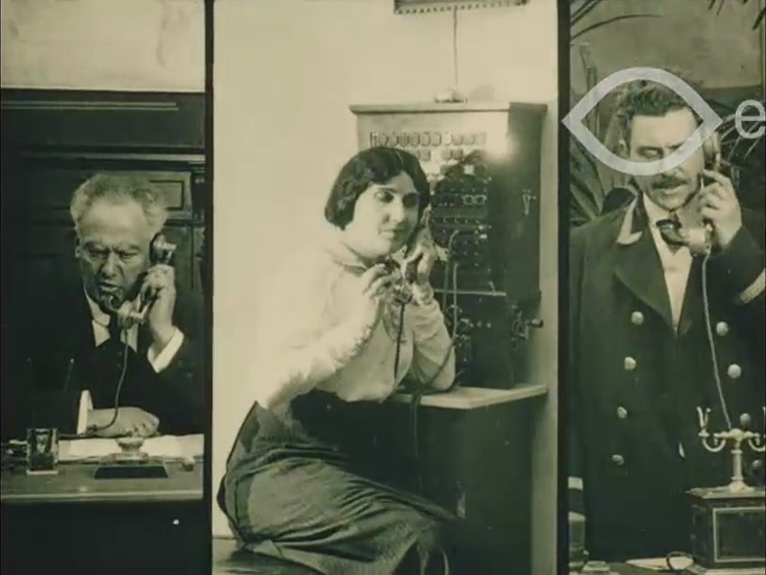 The wrapping up of the plot is rather arduous, and for a thriller there's a little too much banking to please modern tastes, but the horse chasing a car bit is impressively dynamic, with the action pursued by a roving camera-car: the rushing road dappled with shadows from overhanging trees is what makes it.

Good news! You can see the thing here.

The Forgotten is a fortnightly column by David Cairns, author of Shadowplay.﻿﻿