La course du lièvre à travers les champs﻿﻿ (The Race of the Hare Across the Fields a.k.a. ...and Hope to Die, 1972) is an interesting late entry in the career of French crime specialist René﻿ Clé﻿ment, a kind of smorgasbord of his favorite stuff: hardboiled crime, knotty sexual triangles, a hero on the run, convoluted crime schemes, with a harkening back to childhood sins that suggests his classic Jeux interdits﻿ (Forbidden Games, 1952). This might suggest desperation to recapture past glories, but the film is also stuffed with experimentation and up-to-the-minute influences (a train station confrontation early on suggests Leone) which confirm the filmmaker as alert to new possibilities.

But the film could just as easily be approached through the sensibility of its writer, Sé﻿bastien Japrisot, a key figure in French cinema and crime cinema, or even through that of the author of the source novel, David Goodis. Let's try that. 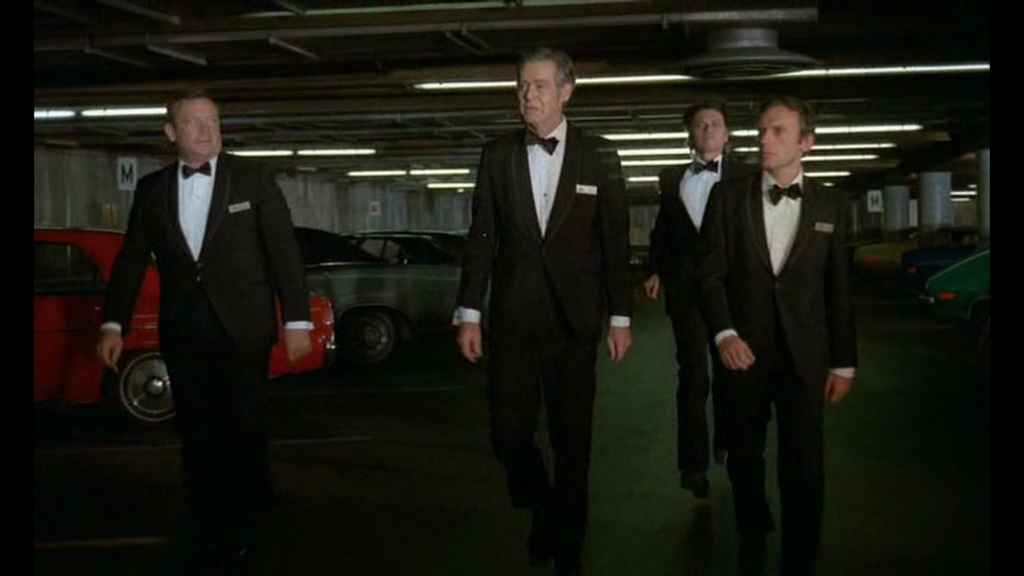 The movie is set in Canada, in a probably-doomed attempt to roll the French and American markets into a single ball. Jean-Louis Trintignant, he of the steely smile, is being chased by a troupe of vengeful gypsies for reasons withheld for the time being, when he stumbles upon a dying criminal while hiding in a geodesic dome: a wild coincidence which the movie never attempts to cover up or explain. Forcibly adopted into the dead man's gang, he finds himself a vital unit in an insanely complicated heist/fake kidnapping/double-cross, and forges an unlikely series of emotional bonds with his new captor/allies.

The gang consist of aging Robert Ryan, still grizzled and imposing, even dubbed into French; Aldo Ray, impossibly bulbous and purple and speaking his own French with a robo-phonetic hunt-and-peck delivery; Lea Massari of L'avventura fame, still beautiful with her red hair and sprinkle of freckles across her adorably retroussé﻿ nose; the equally freckled Tisa Farrow, less famous than sister Mia but with a far more pyschotronic CV and wielding a mean rifle; and Jean Gaven, who I guess brings the Italian market and Rififi credentials.

The plot is pure Goodis, though more twisty than usual. The author of Shoot the Piano Player, Dark Passage and Moon in the Gutter specialized in tales of two-time losers, and his tragic endings were often softened for the screen. Not so here, and the movie really never encourages us to feel that things could end other than bleakly. The clearest comparison is with Street of No Return (1989), a late Sam Fuller which is faithful to its source and stands as a kind of summation of its filmmaker's interests, though it gets a bit bogged down in complications and inconsistent stylistic gestures. (The Fuller movie opens with a close-up of a man being hit in the face with a hammer. Shot one. I recall the critic Jaime Christley remarking to me, "You can almost hear Fuller cackling through his cigar in the background, 'You gotta grab their attention right from the start!'") 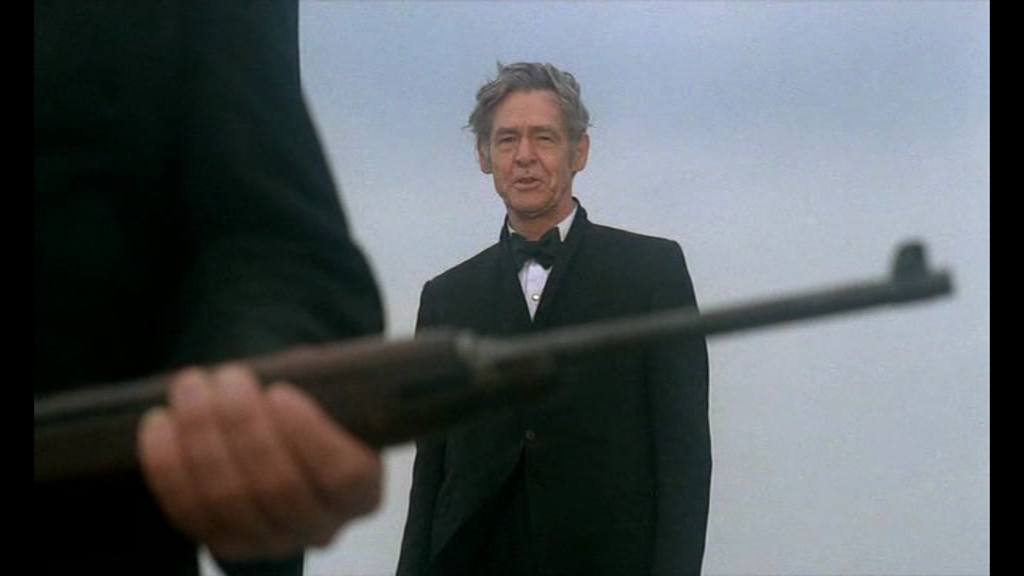 Japrisot is an even more interesting case. His adaptations include Goodis and Ré﻿age (The Story of O, 1975), but in addition to that, nearly all his novels have been adapted to the screen, some of them twice. When he was alive, he often did the adapting himself. Directors such as Cayatte, Costa-Gavras and Litvak tackled his twisty tales, and more recently Jean Becker seems to have been working his way through the entire oeuvre, with Jean-Pierre Jeunet snatching up A Very Long Engagement.

Japrisot loves amnesia, double-crosses, insanely convoluted criminal enterprises, boggling coincidences and narrative collisions, concealed backstories, and, in a challenge to movie narrative convention, long discursive sequences whose relevance to the plot may only become clear at the very end. He seems to attract filmmakers late in their career: Anatole Litvak's last film, The Lady in the Car with Glasses and a Gun seems to offer no reason to keep watching except the promise of an explanation for all the baffling stuff going on. A very long, involved explanation is eventually delivered by Oliver Reed, someone dies, and we go home satisfied.

The Goodis-Japrisot scheme here is to abduct the key witness in a gangster's trial (a "simple-minded" girl conceived in unconvincing, fairy-tale terms) for a big pay-off from the gang. What only Ryan knows is that the girl is already dead. His plan is to stage an impressive raid on the ward where the girl was formerly housed, then sell a ringer to the mob. It's a bit more involved than that, actually, and the plot involves ramming a car through the wall of the parking lot under a concert hall and into the sewer system next door, and also crossing from one tall building to another using the ladder of a fire engine parked, in disguise, atop a multi-story car park. It's bonkers. 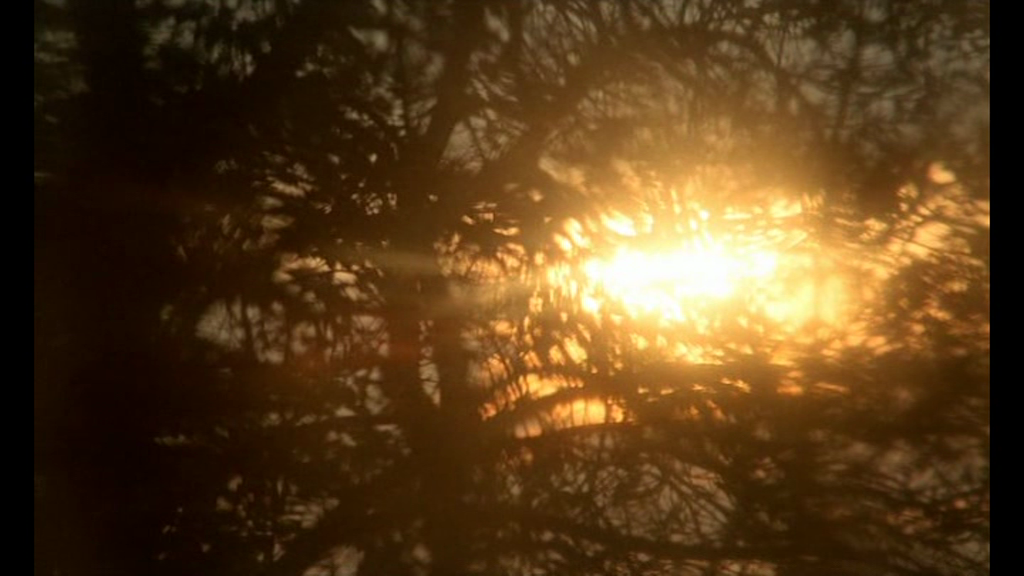 But the oddly assorted cast and their weird interactions—Ryan is a somber psychopath, the girls all fall for Trintignant, Aldo Ray wants to rape everything he sees, as usual—make it all trippily compelling, and the gently sinister music of Francis Lai combines with radiant cinematography by Edmond Richard (a collaborator of Welles and Buñuel﻿) to make this a flawed, but haunting experience. The Alice in Wonderland references are all the more apt for being quite unexplained.

The Forgotten is a regular Thursday column by David Cairns, author of Shadowplay.﻿﻿﻿﻿﻿