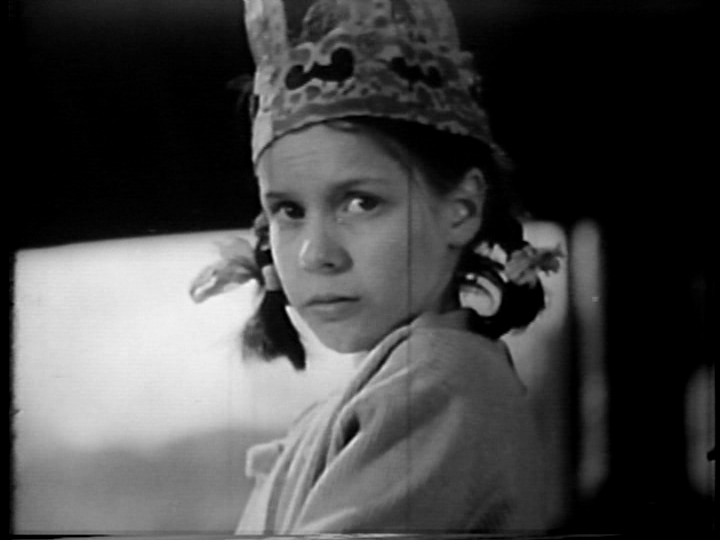 Jean Epstein is finally getting a coffret of restored DVDs very soon. He's a major figure and has been much neglected, although one has to admit that few of the impressionist filmmakers around him have fared much better. His reappraisal should also boost the reputation of his sister, Marie, a filmmaker in her own right and an extraordinary figure. It's impossible to see her performance in her brother's film Coeur fidèle﻿ (1923) without practically jumping out of your seat and asking "Who's that?" Well, maybe it's possible for some people, but not for me. I speak from experience.

A magnetic screen personality, Marie never acted again, but she co-wrote Coeur fidèle﻿ and several other major films by Jean, as well as those of Jean Benoît-Lévy﻿. There's some suspicion that she may also have helped out on the direction of some of these, uncredited, but even without getting into guesswork we can assess her as an important figure in French cinema, as she directed or co-directed seven films which she did put her name to.

La maternelle (1933), credited to both Epstein and Benoît-Lévy﻿, shows an extraordinarily assured hand in its cinematic storytelling. The film opens with an elegant ball. Madeleine Renaud (a favorite of Grémillon﻿) dances with her beau, and at the end he takes her to the greenhouse and offers her a ring. There's a closeup of her, low and central in the frame, with a bouquet of flowers apparently exploding out of her smiling head. It's a romantic fairy-tale opening in a very familiar French manner. We then cut to a drab office, where Renaud is having her biography read back to her by the superintendent. "Very good family—bankruptcy—sudden death of father—abandonment by financé﻿." 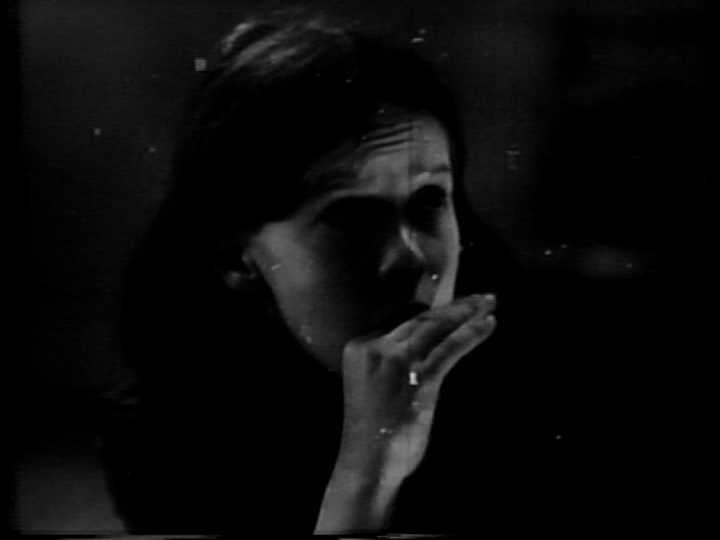 A slap in the face. What we have is a by-now-familiar narrative strategy: the story is about the underclass, slum children in a Montmartre school, and to guide us into it the audience is offered a bourgeois protagonist who is herself sympathetic, an underdog. Through her eyes the film becomes an ethnographic exploration of a social issue. On the one hand, modern social realist films have done away with this device and simply presented stories of the poor, observed with a slightly distant sympathy. I do sometimes wonder, "What is my relationship to this, as audience member? Am I slumming it?" The narrative focus chosen by Epstein and Benoît-Lévy, adapting a novel by Leon Frapie, seems to defuse this problem.

The next transition is as striking as the first: we cut from Renaud's smart bag and long gloves, laid beside her, to a wicker basket containing a cloth dolly, alone on a shelf. Then the camera pulls back through a bare, workhouse-like space, a small hobby horse being the only other side of childish inhabitation. This use of emptiness, an animated scene in which the people have not yet arrived, is one mark of a cinematic imagination.

The little girl we first meet, Paulette Élambert﻿, has an intense, sly, almost lascivious gaze. Her character is hungry for affection, and her home life clearly doesn't provide it. Élambert﻿﻿'s magnetic pull on the eye, drawing us to whichever corner of the frame she occupies, recalls her director's sole acting job. Her role predominates, but the other children are astonishing too, most of them so young they are unlikely to have known what acting was. The very old and the very young have an unquestionable reality about them that trumps performance. 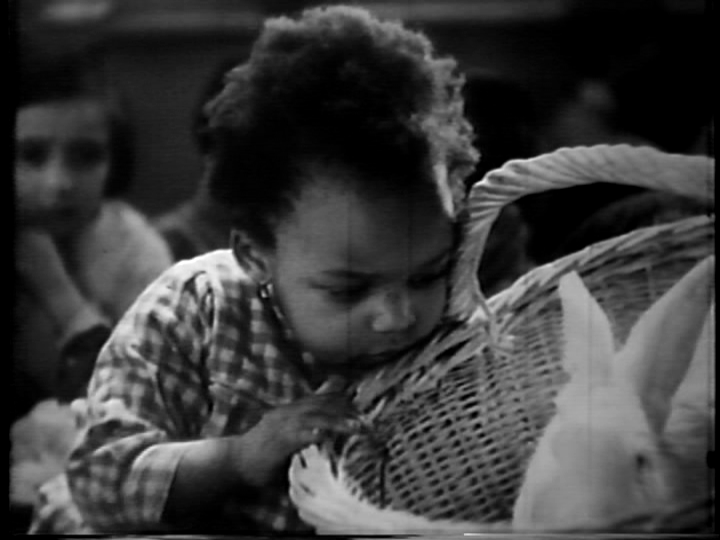 The filmmakers are performing a difficult task: staging a drama inside a documentary. The adult actors and the precocious Élambert﻿﻿ handle the acting, while the other kids simply get on with behaving, often quite badly. These are real physical children, with attendant spittle and snot and puke. They are often quite adorable, and even at their most vicious, pathetic enough to inspire sympathy. 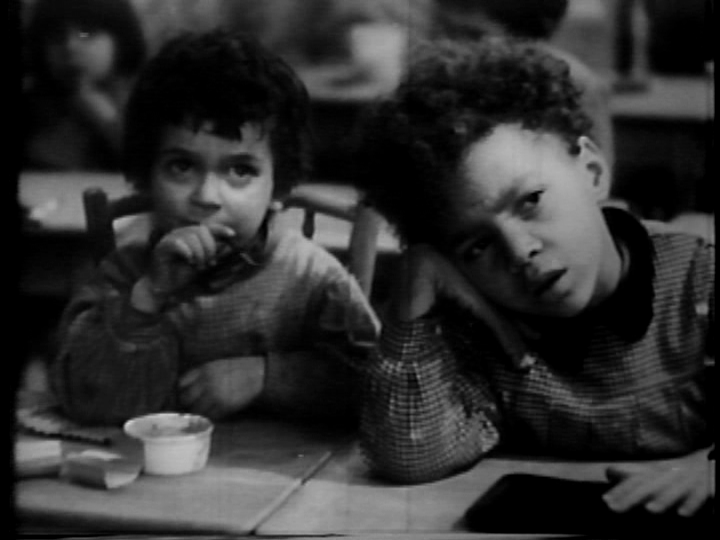 Slightly reminiscent of Vigo, the filmmaking eschews the literal and pounces on strange, unreal moments. A corridor full of hanging coats dissolves to an empty one, briefly supporting a row of spectral clothing; a boy is reported dead, and his blurry image is seen gazing up at his mother as she collects his basket, her own face kept permanently outwith the frame; an absent mother is seen, inverted, superimposed upon the sea like a vast reflection. 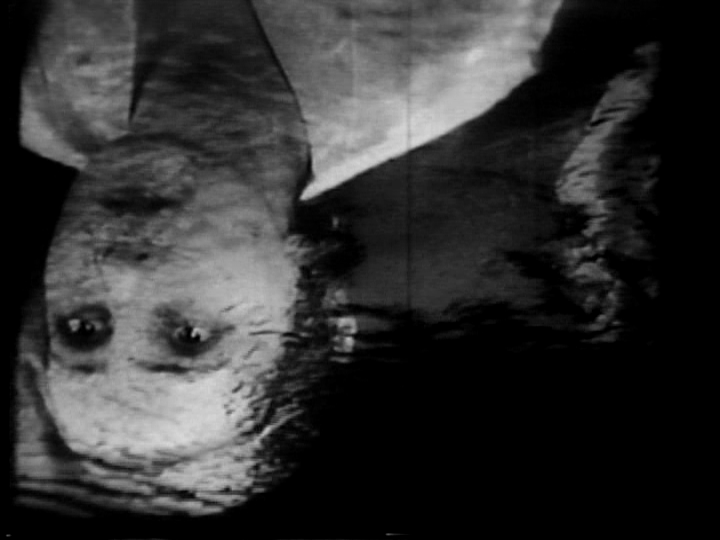 This poetic approach seems to me essential in portraying human misery. If all we are offered is a photographic record, the effect is depressing at best and exploitative at worst. With an allusive, indirect and poetic approach, the film itself demonstrates the fact that life need not be like this. A reason to take up the struggle is provided.