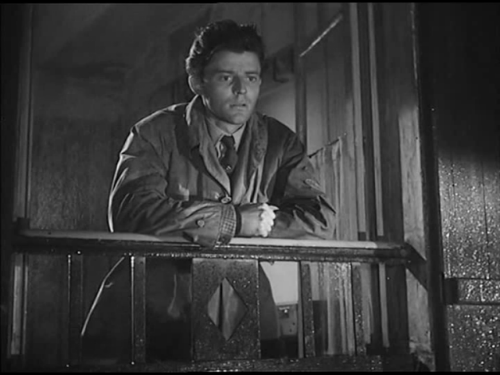 Yves Allégret is part of that generation of French filmmakers it's no longer safe to ignore, despite their dismissal by Cahiers du Cinema. Continuing the melancholy strains of poetic realism into the post-war environment, Allegret creates, in his best work, a pervasive feeling of despair that's redeemed by a certain romanticism. In other words, he charts the terrain of depression without actually being depressing.

Une si Jolie Petite Plage (Such a Pretty Little Beach, 1949) stars Gérard Philipe as a young man somewhat lethargically on the run after killing the wealthy older chanteuse who had been keeping him (the film is oddly uninterested in the motives that led to this murder, and nobody except the police seem to think any the less of him for it. Curious and slightly sinister).

For his hideout, Philipe chooses, with fatalistic perversity, the seaside hotel where he first met his eventual victim, where he simply checks in and awaits developments, going for long walks in the perpetual rain and slowly falling in love (the adverb "hopelessly" would be unusually apt here) with the hotel maid (Madeleine Robinson). He's also fascinated by a teenage boy who may represent his younger self. 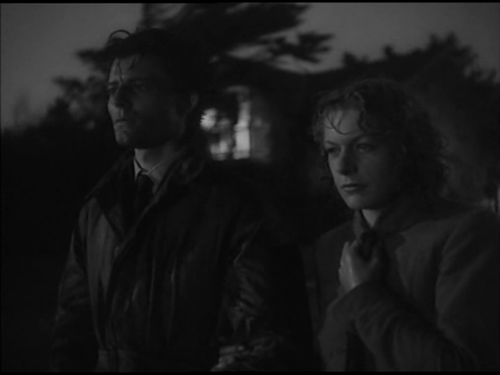 This is poetic realism at its attenuated last gasp, where fatalism has devolved into near-inertia, and the air of misery seeps into everything like the damp of the off-season resort. It's maybe the wettest film I've ever seen, and not in a splashing, exuberant way, but more seeping. Every species of shower is  lovingly photographed by cinematographer Henri Alekan (a supreme craftsman not usually associated with melancholy noir realism: La Belle et la Bete is more like his usual style): there's mizzle (mist + drizzle); the crushing downpour that makes raincoated men slouch forward like wilting grass; and the persistent patter that amounts to water torture as the day slowly submerges in it. The Scots word dreich, which carries not only the onomatopoeic drip and hiss of rainfall, but the exasperated disdain of the long-term sufferer, is a very appropriate one here. 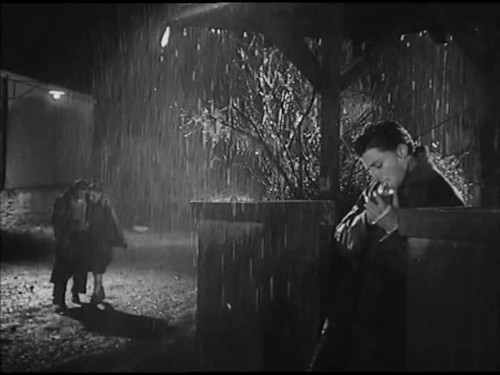 At times the overwhelming melancholy almost seems forced, but Philipe's earnest and soulful demeanor ultimately overcomes doubt. He's an actor who always carries a shadow of fate and sadness, due perhaps to our knowledge of his early death, but when the role actively demands an aura of sadness he can project it like a blue laser, straight at your heart. There's also a fine role for Jean Servais, a few years before his memorable turn in Rififi, looking immeasurably younger and healthier: whatever happened to him in the intervening years didn't do him any good. And that's the feeling of this film, too: time adds a weight of sadness to a man, until maybe he breaks. 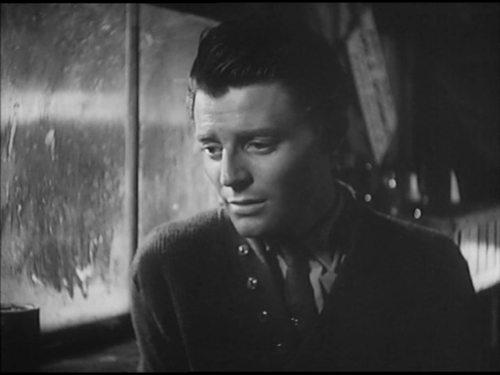