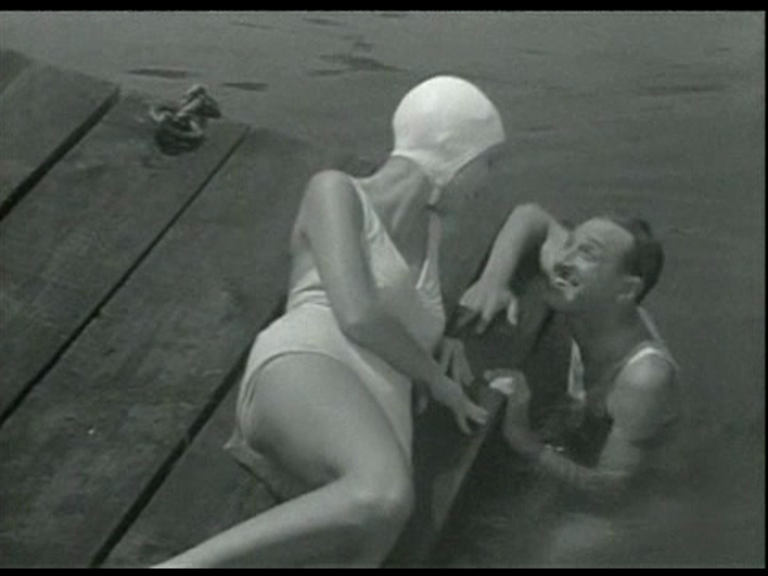 A favorite subject at MGM in the thirties was the "three girls in the big city" sub-genre, which as an approach to questions of sexual morality and wish fulfillment has proved a long-lived one, revived in the Jean Negulescu Cinemascope romp which gives this article its title, and in a certain TV series which has spawned a couple of feature films but which I will not sully this sweet ocean breeze by uttering the name of. 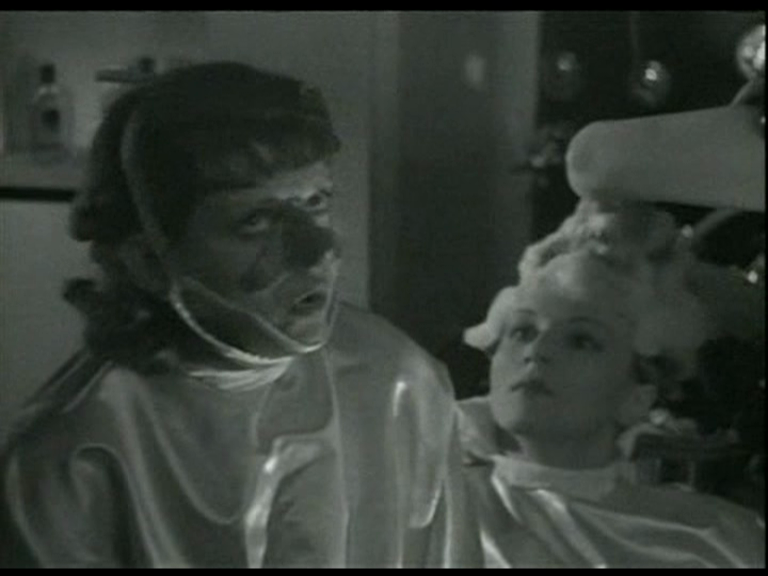 Beauty for Sale (1933) follows on the heels of popular MGM affairs like Our Dancing Daughters and its quasi-sequels, and like most of those films it presents a trio of characters, one more or less virtuous, one tempted to sin and punished somewhat, and one entirely destroyed. It's based on a novel by one woman (Faith Baldwin, a much-adapted specialist in urban romances), and is written by two others (Eve Green & Zelda Sears), and casts a less judgmental eye on its characters and situations than most movies from this particular studio.

The premise in this one is the lives connected to a beauty salon catering to the wealthy and staffed by nice girls with slight gold-digging tendencies. Unlike Warner Bros., which was all for gold-diggers and go-getters, the more bourgeois MGM could never quite decide how it felt. As a conservative concern, it was all for people advancing themselves socially, but got very squeamish about how they went about it. A young girl looking for moral instruction from the studio would likely find her head-spinning from all the rules of conduct and roads to ruin laid out. 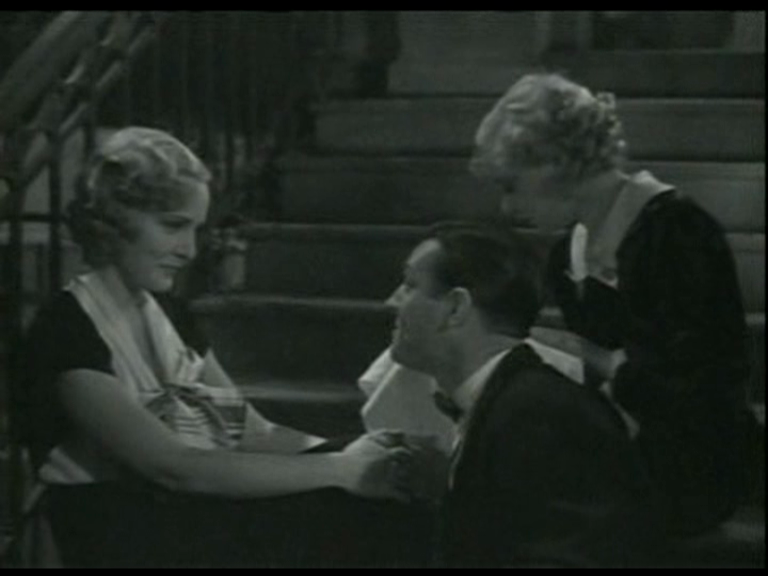 A fairly regular feature of MGM movies is the portrayal of working-class neighborhoods as ghastly hellholes of shrieking neighbours, aggressive kids and horrible, sponging relatives (see Clarence Brown'sBlondie of the Follies or Frank Borzage's Mannequin, so it's immediately refreshing to see the flat where heroine Madge Evans stays is portrayed as fairly pleasant. The street outside is busy, and not exactly quiet, but it's neither oppressively raucous nor threatening, and the black kids playing on the stoop seem to be placed there to add life and enjoyment rather than to show what a bad area it is.

The one blight on the scene, and on the film, is Eddie Nugent, playing the most annoying human excrescence of the decade, who happens to be in love with the heroine. With his taut face straining into a variety of forced bonhomous expressions, his ghastly jokes, always followed by a loud, mechanical, humorless bark of "AH! - AH! - AH!" as he attempts to convey how ribtickling he finds himself, Nugent represents a man who has taken the concept of "Hail fellow well met" and weaponized it. 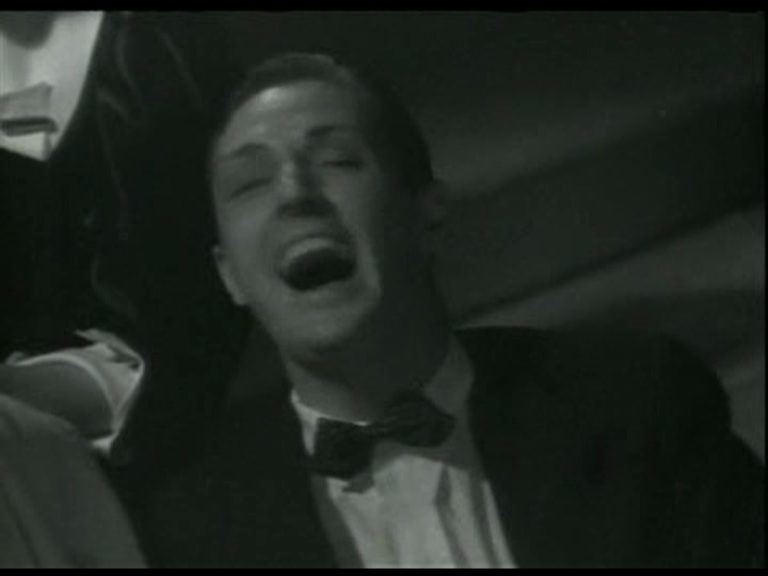 It's true that the character is supposed to be annoying, but the human nerves can only withstand so much Nugent-based punishment, and anyway the film delivers a second annoying character, rich man's pampered wife Alice Brady, who shows via her yapping dog and obsession with numerology how a character can represent the quality of irksomeness while still being entertaining to watch. But Nugent's glutinous wit and horrifying rictus of mirth do come with a gratifying pay-off, when the heroine decides not to marry him: "I can't do it: I'd kill him, or myself!" A line which would have had me punching the air if I hadn't been eating at the time.

But Nugent is really the only poisonous cloud on the horizon, in a film liberally decorated with lesser-known character players. Evans is a charming lead, Una Merkel has the plum role as the sassiest of the trio, and Phillips Holmes shines as spoiled playboy son of salon proprietor Hedda Hopper. His abandonment of pregnant squeeze Florine McKinney leads to the movie's strongest scene of pure melodrama, artfully written so that a casual conversation between Evans and McKinney leads the latter to realize that she has in fact been seduced and abandoned. 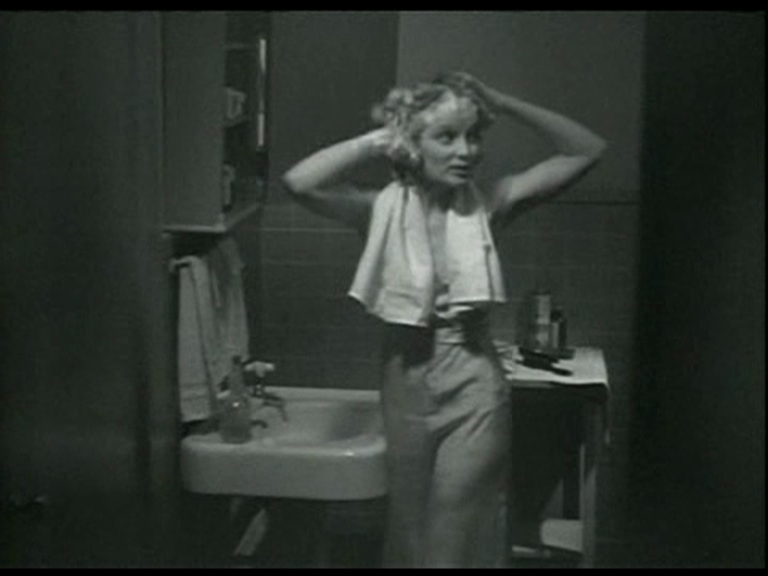 McKinney is in the bathroom when Evans comes in. Naturalistic, uncluttered and unglamorous setting. This justifies the low lighting, but that moodiness is also the preparation for a plunge into tragedy... 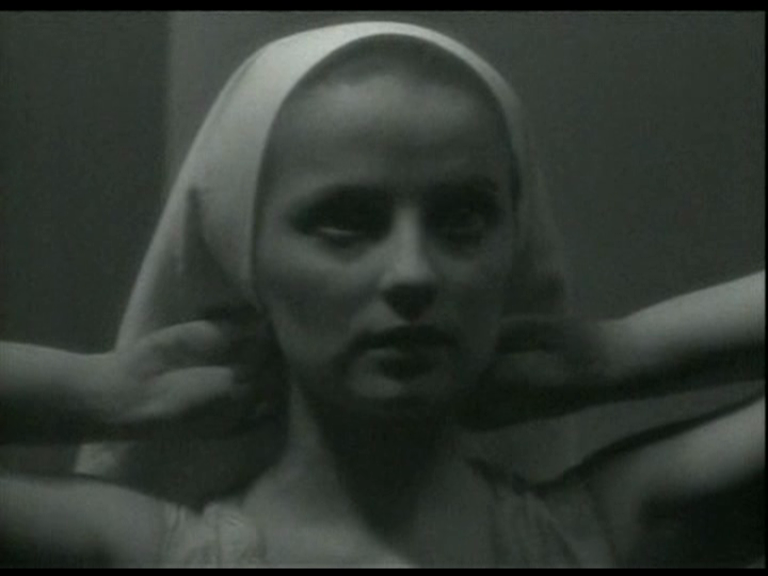 ...When Evans casually mentions who she just saw leaving for Europe, McKinney realizes she's not getting married in the morning. A closeup drives the realization home... 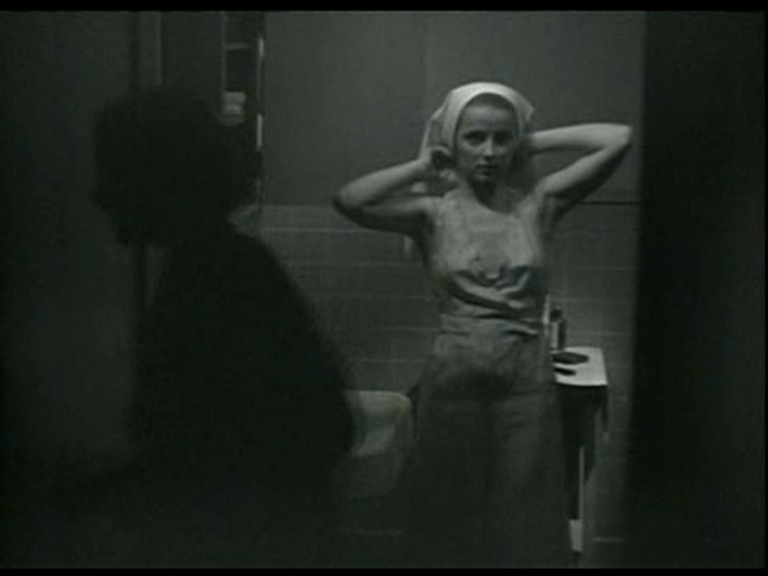 ...Evans breezes past in the foreground, totally unaware that what she's said has impacted on McKinney so deeply. McKinney stands frozen in shock... 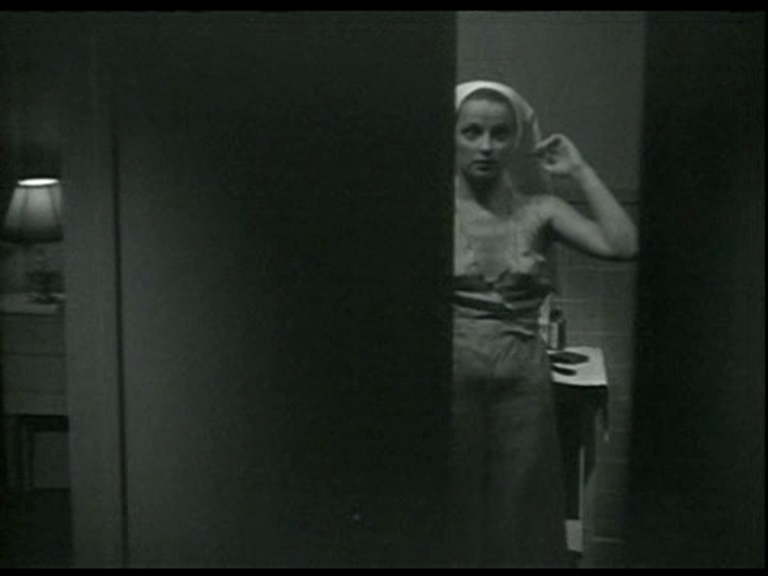 ...and the bathroom door slowly swings shut by itself on the still-frozen woman.

House director Richard Boleslawski could pull off a pretty neat effect at times (though his output is wildly uneven) and his staging here is powerfully effective. Throughout the film he delivers bold and unusual compositions, and the explanation for his unusual creativity may lie in the film's cinematographer being James Wong Howe (here credited without the middle name, for some reason).