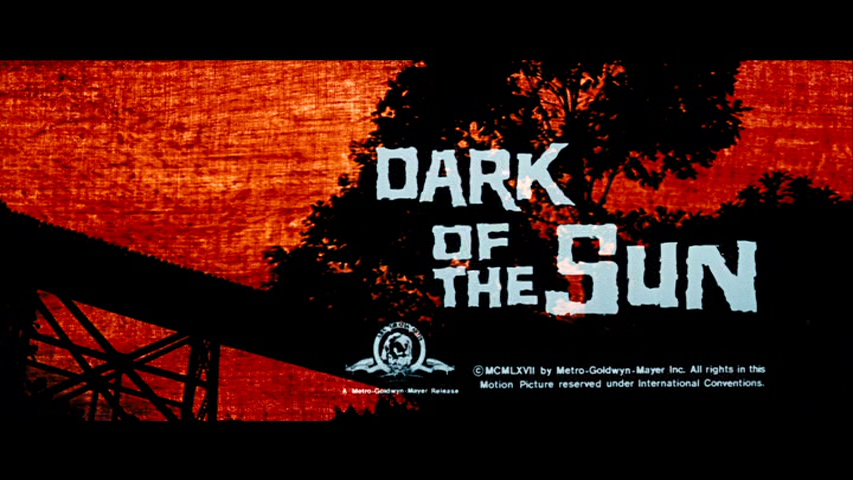 Commemorating Rod Taylor, we turn to Dark of the Sun, routinely dismissed as a nasty slice of thick-ear but admired by Scorsese for its unflinching brutality and lean, efficient technique: possibly the best film directed by great cinematographer Jack Cardiff, who otherwise could be said to have squandered years on dreck like Girl on a Motorcycle (lovely to look at, inane and obnoxious) and The Mutations (ugly to look at, inaner and obnoxiouser). It's always a bit of a crime when a great specialist becomes an undistinguished all-rounder, and Cardiff's belated return to cinematography was, on the whole, a happy day. His admired first film in the director's chair, Sons and Lovers, looks magnificent, but screenwriter Gavin Lambert felt Cardiff didn't really understand the material.

Well, in a sense the strength of Dark of the Sun, superficially an action/adventure yarn set in the Congo during revolution, is its simplicity: Taylor and best bud Jim Brown simply have to drive a train into the jungle and come back with a crowd of refugees and a fortune in diamonds, while fighting off the enemy army, a UN plane who mistakes them for bandits, and a treacherous ex-Nazi officer (Peter Carsten, suitably vile). But concealed amid the mayhem is a humanist message, and somehow the film manages to deliver this without seeming altogether hypocritical as it serves up lashings of dismemberment, rape and mutilation: it seems like an unusually delicate balance for a film which appears to think with its fists. 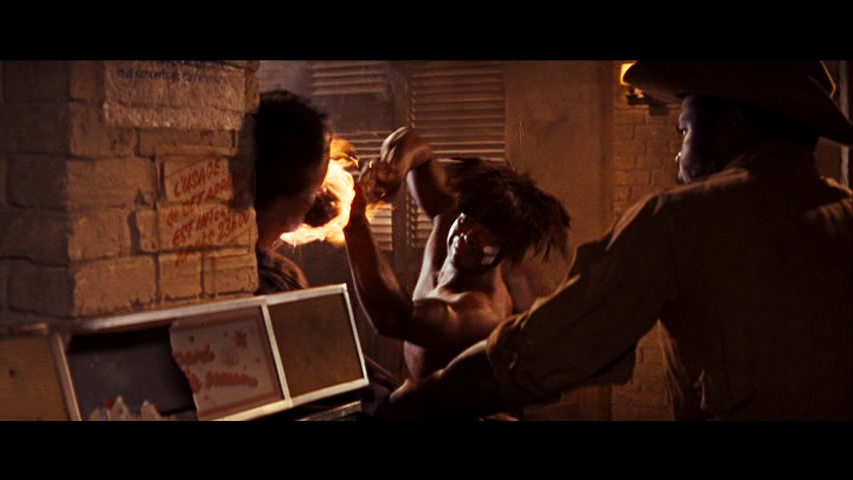 In fact, the script is mostly plausible (an underrated quality when dealing with huge action sequences), intelligent (it gets from one set-piece to another with sound motivation) and thoughtful (it's actually about something). The dialogue is intelligent and the actors seem to have fun saying it, though many scenes do without: Taylor and Kenneth More spend one whole scene laughing at each other, pausing, and then laughing again. There must have been a lot of finagling, though, since co-screenwriter Ranald MacDougall (Objective, Burma!) opted to shelter behind the ludicrous pseudonym of Quentin Werty (type it if you don't get the joke). 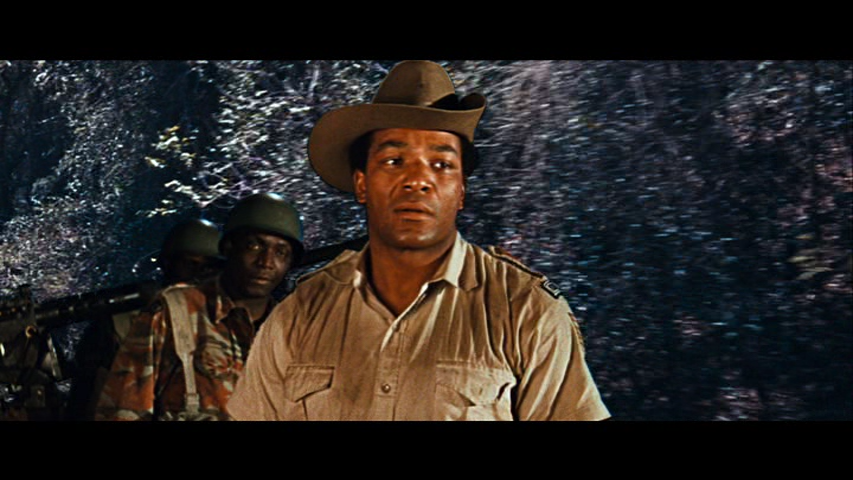 As with The African Queen, lots of impressive location work is slightly marred by some unconvincing blue-screen shots, but mostly the film is handsome and gritty, like its burly star, who reminds us why we're missing him already. Paired with Jim Brown (and reunited with Time Machine co-star Yvette Mimieux), Taylor is completely natural, seeming to live each scene rather than act it, and enjoys the hell out of his co-stars: he seems always to be doing things in a simple, forthright way, but his technique is deceptive. For one thing, he uses it to disguise how downright big some of his effects are. Brown is less of a showy actor (and more of a football star) but dials 99% of his performance down, pays close attention, and winds up impressing in his own way.

There's a censored line in the Warner Archive DVD, no doubt censored on original release, where Taylor, at movie's end, snarls something about what he's going to do to that damn Nazi, and the words we hear are "I'm going to cut his bloody head off!" but we don't see his lips move and when he finally gets the Aryan scumbag at knifepoint, its not the guy's neck he goes for. Interesting what a Hollywood star may or may not be allowed to say or do: as filmed, the sequence, like the earlier homosexual rape of poor Olivier Despax, is discretely framed to allow for plausible deniability, but no intelligent, dirty-minded viewer could be in doubt about what is suggested. They just couldn't have the hero say it. 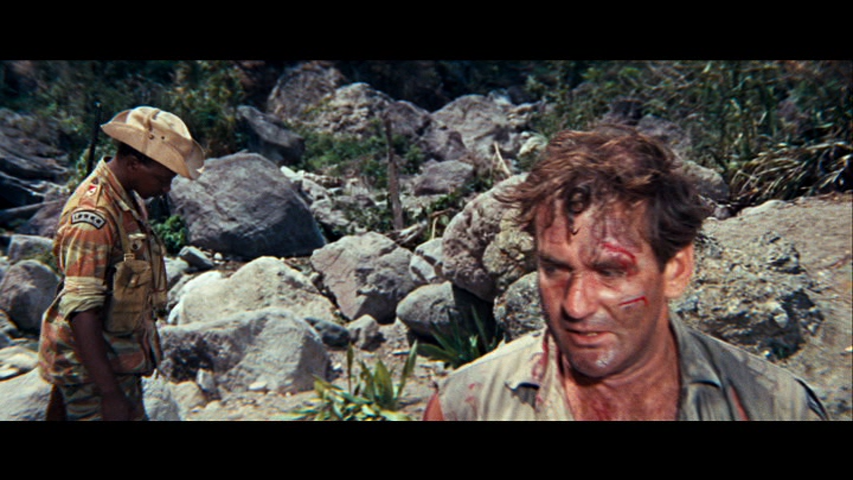 Taylor's face, afterwards, displays a mixture of trauma and shame, emotions rarely allowed to male leads and almost never seen in this combination. What a powerhouse Taylor was, but with what delicacy he could achieve such impact.