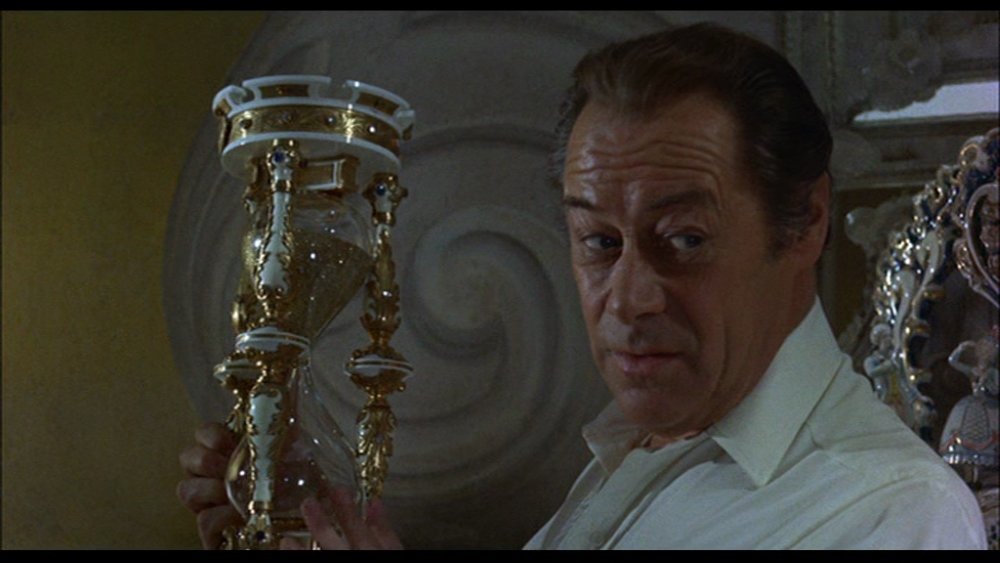 The late career of Joseph L. Mankiewicz—who is getting a sidebar retrospective, The Essential Iconoclast, at the New York Film Festival—is fascinating. While many of his contemporaries floundered as the rules of filmmaking changed, formally and in every other aspect, he found ways, for a while at least, to carry on telling the kind of stories he liked, with the kind of people he liked, in the way he liked. Sleuth (1972) could probably have been made earlier—the amorality and venality of the characters might well have passed the censor, since vice can be said to be punished. The filmmaking is a little less sure-footed than we expect from Mankiewicz, though: he should have been the perfect director for a two-hander full of arch talk in elegant surroundings, but his attempts to keep the visuals lively sometimes seem forced.

There Was a Crooked Man (1970), is more problematic, illustrating the thesis of Molly Haskell's From Reverence ﻿to Rape more neatly than any other movie. How could the auteur who had Linda Darnell say "What I got don't need beads," end up serving the cheap misogyny and rape jokes of this tacky western comedy? 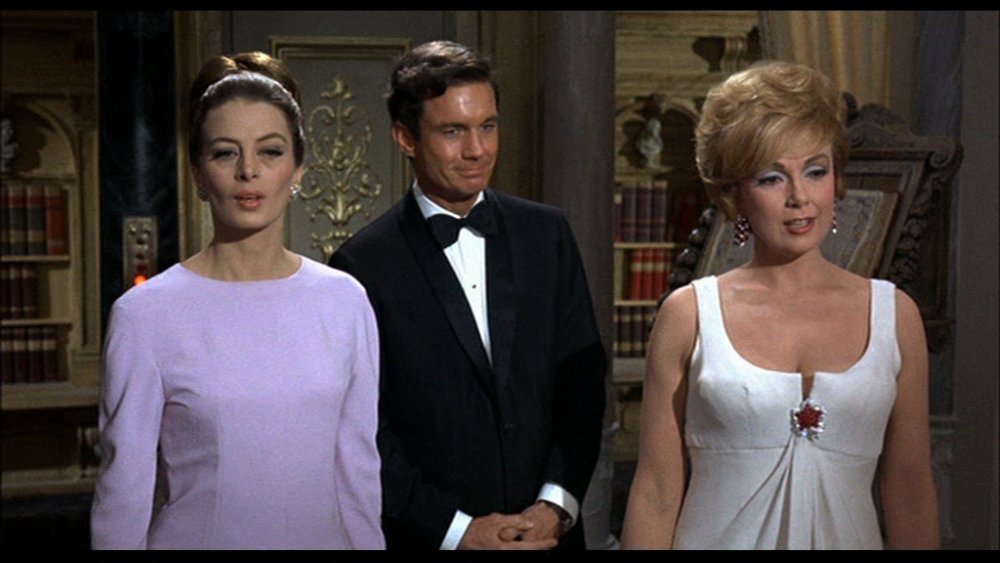 The last film Mankiewicz wrote himself (adapting and grafting together a novel and play), however, is a pure delight. The Honey Pot (1967) stars Rex Harrison, who had memorably worked with the director before in The Ghost and Mrs. Muir, and the world's greatest light comedian is in very good form indeed, in an ebulliently updated, quasi post-modern version of Ben Jonson's Volpone, accompanied by Susan Hayward, Cliff Robertson, Edie Adams and Capucine. Best of all, though, is.... but wait!

Harrison plays Cecil Sheridan Fox, a fabulously wealthy connoisseur of life, shuttered in his luxury Venetian apartment but planning a cruel hoax on three of the women in his life: he will pretend he is dying and see if they rush to his bedside to grasp for his inheritance. Robertson plays McFly, his secretary and stage manager, tasked with making the arrangements and keeping the play running smoothly. 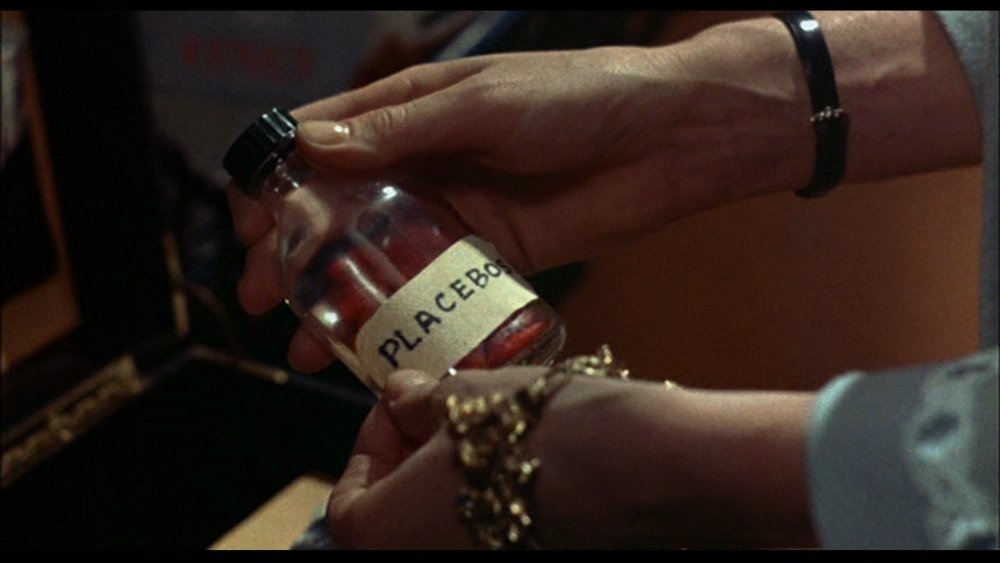 So, Mankiewicz fast-forwards through Volpone, hitting Act III just 45 minutes into his two-hours-and-change runtime, at which point the play collides with Thomas Sterling's crime novel The Evil of the Day, which spins a cunning whodunnit from Jonson's set-up. And at this time, one of his stars exits the scenario, stalwart leading man Robertson becomes prime suspect, and the role of protagonist falls to a young actress just beginning to make a name for herself in movies: Maggie Smith. 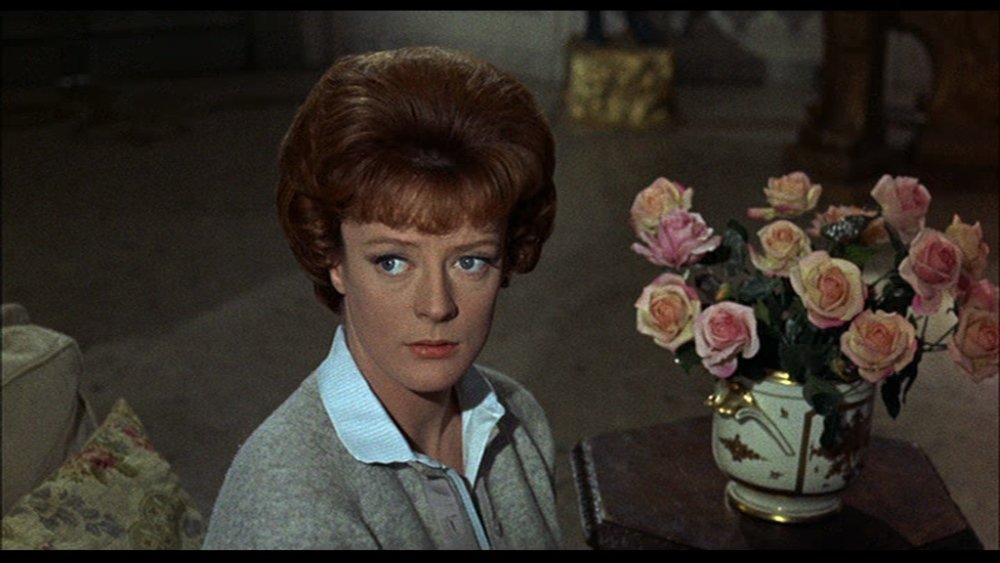 ﻿Smith first appeared in a film in 1956 (Child in the House, directed by Cy Endfield), so movies had been rather slow to recognize what she had to offer. Once she gets a scene with Harrison, the movie moves into a kind of thespian high gear: the famously irascible Harrison seems to have enjoyed his co-stars here, but faced with Smith—something like a challenger—he raises his game and the sparks fly. 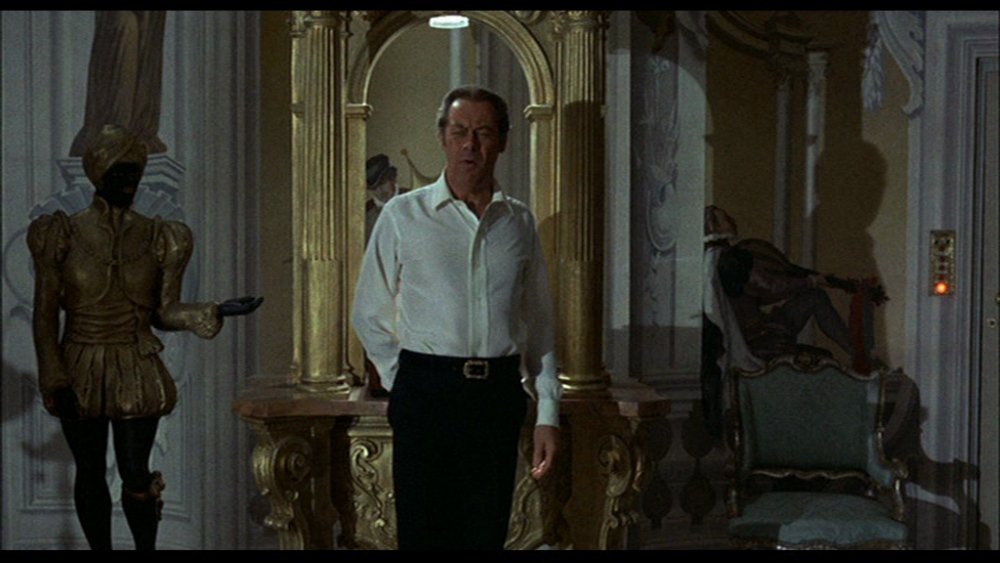 This also leads to the film's most poetic scene, a monologue by Harrison about time and the evanescence of life. Mankiewicz is usually celebrated as a presenter of cultured dialogue, which tends to undervalue his considerable, if subtle, visual skills: this may be one of the most beautiful (and longest) speeches he ever shot. The fact that Harrison's Fox takes every opportunity to celebrate his supposed superiority over the average people, "the chumps," does not, somehow, dispel the beauty of his observations on fleeting time and how to appreciate and savor every moment.

Mankiewicz, in fact, was never very concerned with morality, and can find characters admirable as long as they are interesting. The Honey Pot is an elegiac late film, a Swiss watch of intricate plot construction, but most importantly for its maker, a chance to spend some time among a fascinating group of prickly characters. It's also a study of the problems of the storyteller/filmmaker's job, with Harrison as the director, trying to manipulate his "characters" into a pre-designed scheme, and finding they won't "stick to the script." Perhaps pair it with another late film on the same problem, Orson Welles' The Immortal Story?