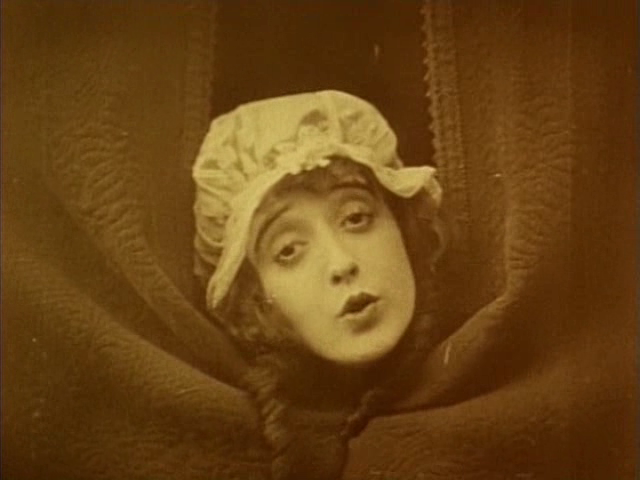 Mabel Normand is someone I knew more as a concept than as an actual screen personality. As Mack Sennett's one-again-off-again betrothed, and his favorite leading lady at Keystone, she helped discover Charlie Chaplin and threw the screen's first custard pie. And she was a wild girl who gave good copy. ("Say anything you like, but don't say I love to work. That sounds like Mary Pickford, that prissy bitch. Just say I like to pinch babies and twist their legs. And get drunk."﻿)

I'd seen her in some early Chaplin films, typically rather disorganized affairs where she cries a lot and is almost crowded off the screen by rhubarbing clowns (Mabel's Busy Day, 1914). It was always a problem, making any impression amid the chaos of a Keystone movie, which is part of why Chaplin hated it. No room to breathe for the gags, no time to develop a sequence.

She shines more in a simpler film like The Fatal Mallet (1914), which is terribly basic kick-up-the-arse stuff. Charlie, courting Mabel, receives a boot up the backside from a hidden rival. Believing Mabel to be responsible, he retaliates, the big boot connecting with the feminine posterior in no uncertain terms. Mabel looks startled, then grins broadly—and smacks him hard in the face.

Satisfying stuff, in its way. 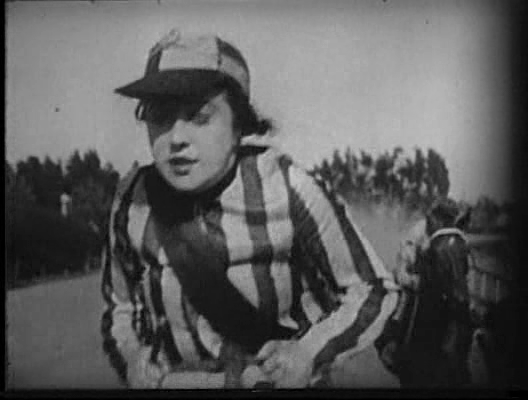 And then there's Mickey (1918), a proper feature film, centred around Mabel as star, playing a genuine, consistent and reasonably well-developed character. Being a Keystone picture, it's still a shambles (cut to random animal activity whenever it gets dull, throw in action climaxes out of nowhere), but she holds it together. She's actually allowed to.

Mickey is an orphan raised by an uncle at his worthless mine in the backwoods. She drives him crazy with her wild ways, cavorting with her dog, swimming nude (!) and generating her own brand of ruckus wherever she goes. Figuring she needs a civilizing influence, he sends her to supposedly wealthy relatives in the big city, but they're actually close to broke and hoping to get their hands on the mine, not realizing it's empty. The plot throws in a leading man, another worthless mine (do you think they'll both strike it rich? or have you not seen a film?), a cad, a vamp, a fixed horse race in which Mabel turns jockey to try and save the day, but is basically, you know, a Cinderella story.﻿ Audiences loved it. 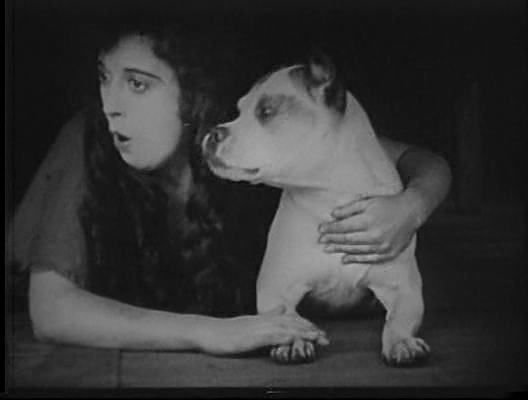 I believe it's considered some kind of a first—the first feature-length comedy star vehicle, or something. And it's properly long, over 90 minutes in the longest surviving cut. It could use a restoration, because it exists in multiple, confused versions, none exactly pristine visually. But as it's a pre-1920 American movie, it's public domain, and therefore not too good an investment for anybody seeking to spend money putting together a more viewable DVD.

Mabel's best bit is when she's forced to work as a maid for her snooty relations. Tempted by a cake in the kitchen, she swipes a cherry. It tastes good, so she has another. Then she yields altogether and stuffs them all into her gob. Her hamster-cheeked denial of wrongdoing is extremely amusing. It's not deathless comedy genius, it's just one of those things that's basically funny: a girl with her face all fat, pretending innocence. 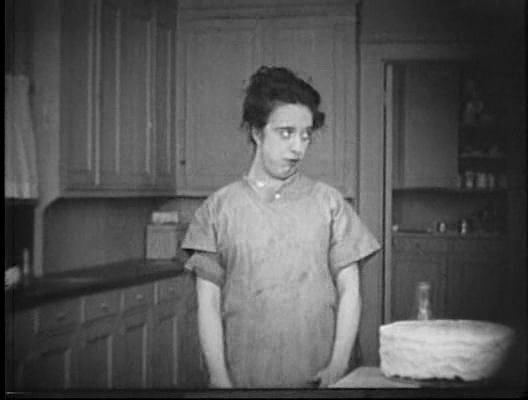 The evolution of comic acting styles is an interesting field of study. In the early shorts, Mabel could be guilty of broad telegraphing, waving at the camera until it got the message. The point was to tell the story and make people understand, not to stay in character or simulate any form of reality. The fourth wall was there, but intermittently translucent. The camera was a chum, to be appealed to in times of slapstick strain.

You can see Chaplin's privileged relationship with the lens all through his career: he just made it much more subtle. He's slightly aware of us, and enlists us as co-conspirators in his high-jinks with a sidelng glance. His final appeal may be the chilling look he gives from the dock in Monsieur Verdoux, as he's sentenced to death. "I will see you ALL, very soon... very soon." Clearly he means us.

Mabel adapted by phasing out the camera altogether. From Mickey on, she's totally in the moment, a natural team player who bounces off her co-stars (sometimes literally) and maintains the fragile reality of the absurd situations by investing them with belief and aggressive physicality. Perhaps she lost some of Chaplin's edge by losing sight of the mechanism that presented her to the public, a glass eye through which millions of real eyes would peer.