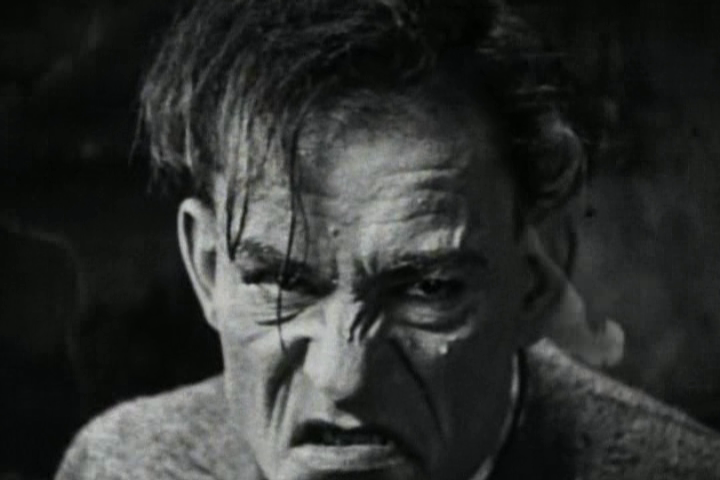 Lon Chaney didn't speak during early childhood, as his parents were deaf and mute, and he communicated with them via sign language. When silent movies came along, he was a natural. And at the end of his life, stricken with throat cancer, he lost his voice and again relied on pantomime to make himself understood. He came from silence and went back to silence.

Chaney was a unique kind of movie star, in that his success rested more on variety than reliability: if his audiences had any expectations going into a Chaney film, surely they must have been expectations of surprise, perhaps of an encounter with the unfamiliar and bizarre.

Outside the Law (1920) was Chaney's second film for director Tod Browning, whose concerns seemed to merge with his own in a particularly conducive way: separately and apart, both men pursued stories of humiliation, disfigurement, and revenge, featuring bizarre, displaced menageries and elaborate and uncomfortable disguises. Plot logic was a minor consideration; sensation and twisted psychology mattered more. 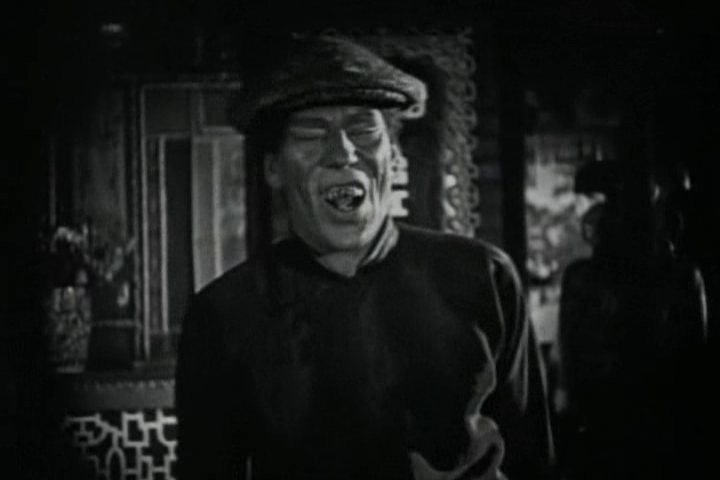 Like a great many Chaney films, Outside the Law is no horror picture: it's a crime melodrama about romantically entangled jewel thieves (the feisty Priscilla Dean is top-billed) attempting to go straight and escape the plotting of a malicious rival. Chaney plays the rival, Black Mike Sylva and also, in a feat of gratuitous bravura, a Chinese servant, Ah Wing. According to some accounts, the movie ends with one Chaney killing the other, but frustratingly the print I viewed was missing this critical scene, leaving both Chaney's fates not quite clear.

The extensive damage wrought by time also decorates the second act climax with a blistering patina of bubbling illuminations, actually enhancing the excitement and making the scene feel like an underwater lightning storm. While an undamaged print would be nice too, this is extremely beautiful.

The same year, Chaney, who was busy making a name for himself, played a dual role in Maurice Tourneur's film of Treasure Island, now seemingly lost, which shows that his Man of a Thousand Faces ambition were not solely a product of his fruitful collaboration with Browning. But the intersection of the two men's concerns can be seen in the film's moments of grotesquerie: Black Mike's gang features a very small guy with a curved spine, called Humpy (John George); Black Mike when riled assumes terrifying facial expressions violent enough to tear the muscles from his skull; Ah Wing is a rather distasteful ethnic stereotype with gigantic misshapen teeth. A tiny appearance by the juvenile Anna May Wong can be enjoyed as a balm to our shaken modern sensibilities. 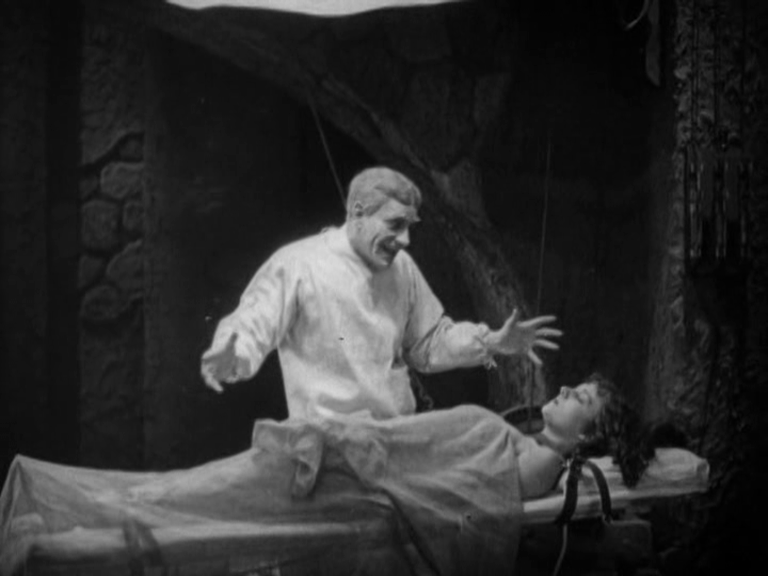 The Monster (1925) shows Chaney at his peak of popularity, but it's not a good film, really. The director is Roland West, who also had a strong relationship with the macabre, as director of The Bat (1926) and its talkie and widescreen remake, The Bat Whispers (1930). Like those films, this is a comedy thriller with an old dark house setting, but it really exposes the weakness of most Gothic comedies: it's astonishing how great James Whale's The Old Dark House (1931) is, considering that all previous entries in the genre are so anemic (even Paul Leni's 1927 The Cat and the Canary and 1929 The Last Warning, which inspired Whale, seem a bit thin and frivolous now). 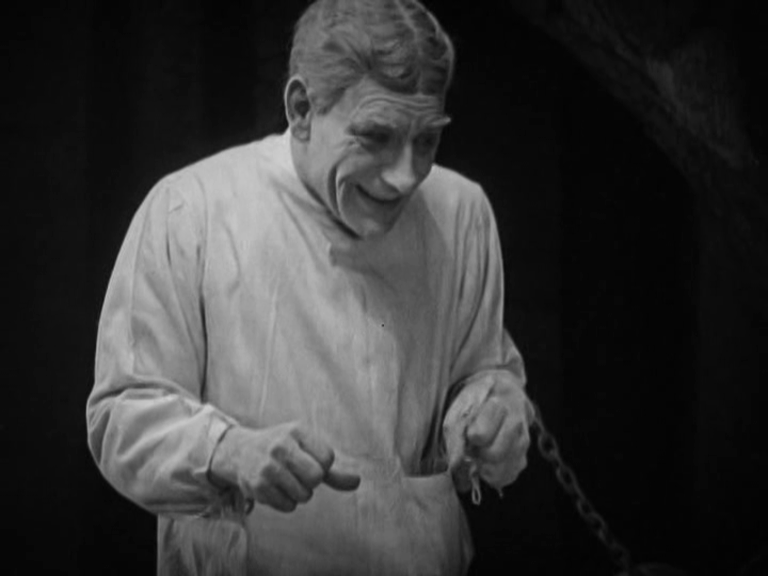 However, the film does give Chaney a rare suave role: his multifaceted persona more usually inclined to plebeian manifestations of the grotesque. Here he's a white-haired mad scientist with a long cigarette holder, skulking elegantly through a sanatorium he's taken over in an obvious echo of Poe's The System of Doctor Tarr and Professor Fether. This is also the first outing of the trope of the villain engineering car smashes so he can experiment on the victims, a variant on the old nautical wreckers which was still in use as late as Monogram's 1944 Voodoo Man or even Peter Weir's The Cars that Ate Paris in 1974.

The actual experiment is to transfuse the souls of a man and a woman, an operation which it would surely be more fun to see than to see thwarted, as happens here (Rex Ingram's 1926 proto-mad-Frankenstein yarn The Magician suffers from a similar narrative handicap: the villain would have to kill the heroine in order for anything really interesting to get started. Never write a story like that.)

West always filmed his striking sets in a flat, distant but somehow rather impressive way, giving us plenty of time to enjoy eerie events happening very slowly in theatrical long-shot. Chaney's uncanny grin and glacial drift through secret panels that close terribly slowly is great fun, but he's not around enough to make up for the unfunny, unappealing lead characters. But history has been unkind to dismiss the movie out of hand: if your interest is aroused by The Bat Whispers' sepulchral Magnascope compositions, The Monster will not wholly dissipate your interest in West. 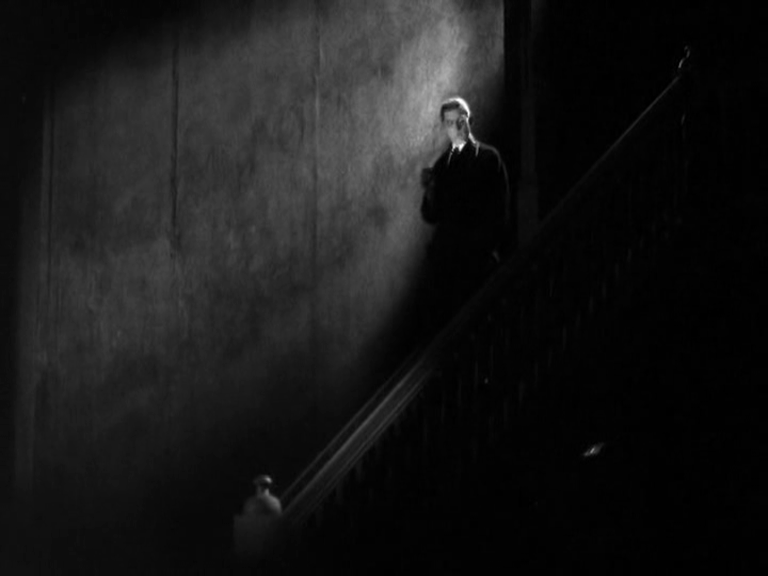 West retired in 1931 after his wife, the comic actress Thelma Todd, died in mysterious circumstances in his garage. Browning quit movies eight years later after repeatedly failing to interest studios in a film of They Shoot Horses, Don't They? (His last movie, Miracles for Sale, is a rather fun mystery thriller with a designer of magic tricks as hero.)

Neither director seems to have granted a single interview after ringing down the curtain on their careers. Like Chaney, they came from silence and to silence they returned.