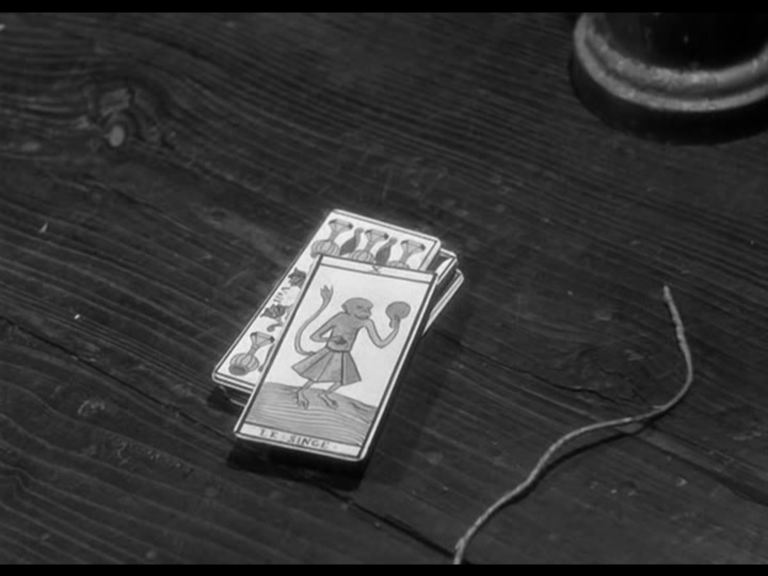 Although L'auberge rouge﻿, directed by Claude Autant-Lara in 1951, is a well-loved classic in France, it's little enough known in the English-speaking world to rate discussion here. Besides, it's one of the best comedies I've seen this year. 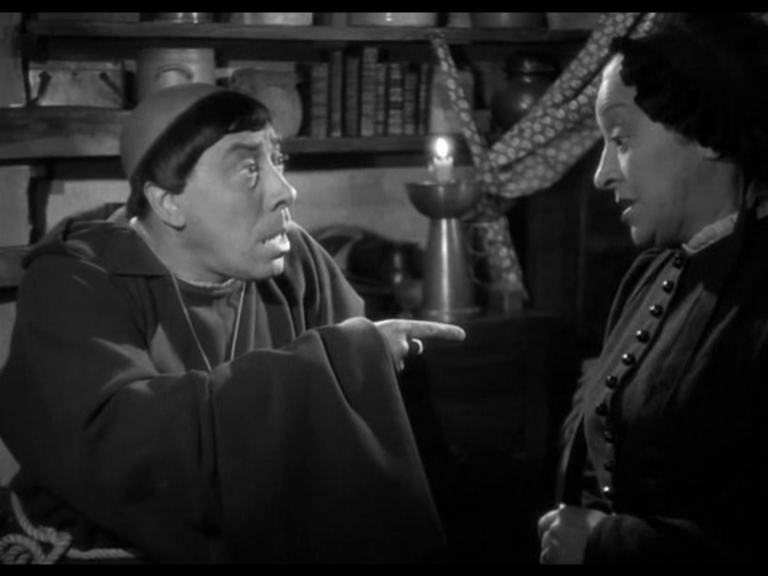 The star is Fernandel, that long-faced clown. He has a philtrum you could ride a toboggan down. From certain angles, he resembles a melting wad of taffy in a tonsure. His simian features contort in ways unknown to the most experimental physiognomists: that unwieldy length of Neanderthal face looks incapable of the most standard expressions, but in fact it has more of them stashed away than the entire casts of lesser movies. When it splits open in a fearful chimp grin, great stretches of loose face-meat are abruptly hoiked skywards.

The movie serves as an excellent introduction to Fernandel's charms: playing a monk, he finds his buffoonery slightly constrained, which adds focus to it. He and a novice are traveling in the snowy wilds of winter, when forced to take refuge at an inn. Unfortunately, as we've just been told by Yves Montand singing an authentic-sounding folk ballad, this is an inn where guests do not usually survive the night. 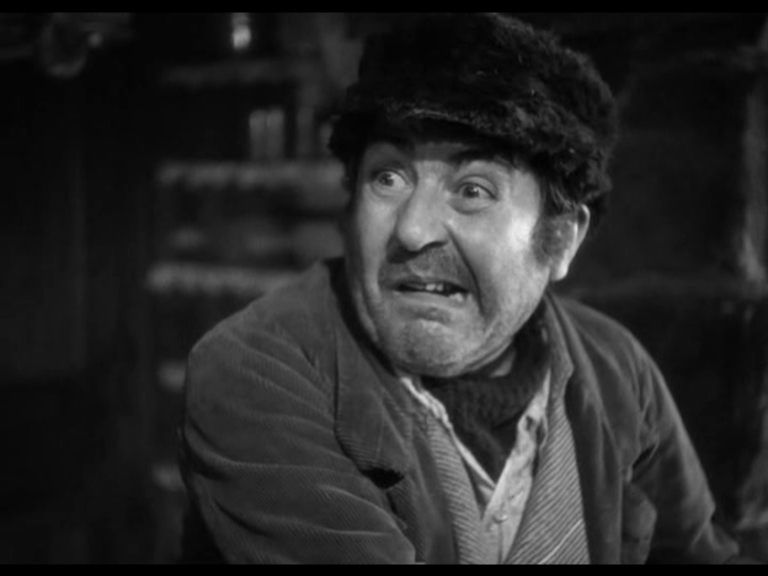 The innkeeper is played, rather broadly, by Carette (the poacher from Rules of the Game) and his wife is the dignified Francoise Rosay (wife of Jacques Feyder). In addition, they have a hulking black handyman (Lud Germain, enjoying a real acting part, rare for a black actor in any country in those days) and a cute daughter, innocent of aspect but well up on the criminal doings at the inn.

Working with regular scribe Jean Aurenche (whose wartime memoirs were to inform Tavernier's Laissez-Passer), Autant-Lara concocts a brazenly anti-clerical satire. Fernandel's arrival coincides with the arrival of some wealthy travelers whose goods the innkeepers can't wait to get their hands on. But Rosay balks at killing a priest even if, as her husband sensibly points out, there is no shortage of men in that profession. So she tells him of her murderous career under the seal of the confessional, hoping to scare him off, and assured that he will be unable to tell a soul. This leaves Fr. Fernandel with a dilemma: flee to safety, abandoning his fellow travelers to their sticky fate, or stay and try and protect them, while unable to actually tell them the danger they're in. 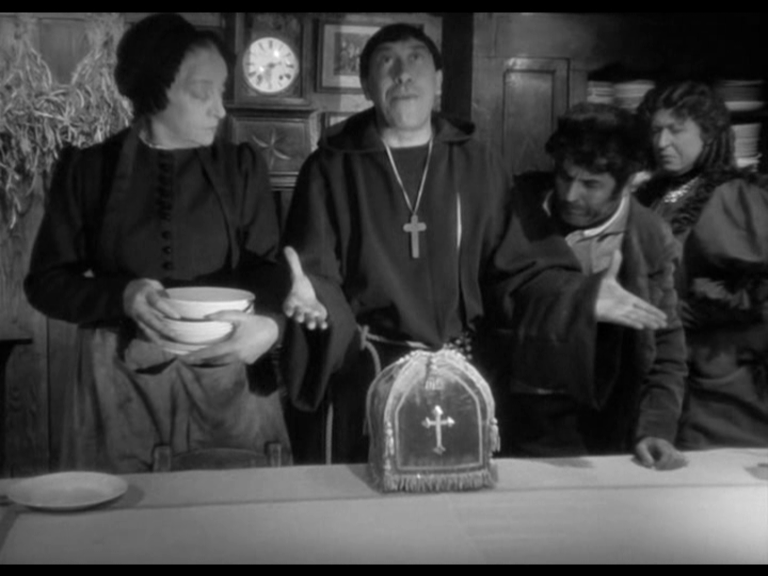 The devilish part of this is that, in trying to keep the rather unworthy guests awake, poor Fernandel is forced to break numerous holy vows. One man will only stay awake if engaged in a game of cards, and he only plays for high stakes. Seducd into gambling with the comedy Englishman, Fernandel calls to mind Buñuel﻿'s The Phantom of Liberty, with its inn full of card-playing priests. Despairing of getting anyone to stay awake with him, he calls to mind Jesus in the Garden of Gethsemane. It's very naughty, and apparently typical of the director's tendencies at that time, though Autant-Lara performed one of those sadly common lurches to the right in later years, becoming a member of the European Parliament for the French National Front. Yuck. 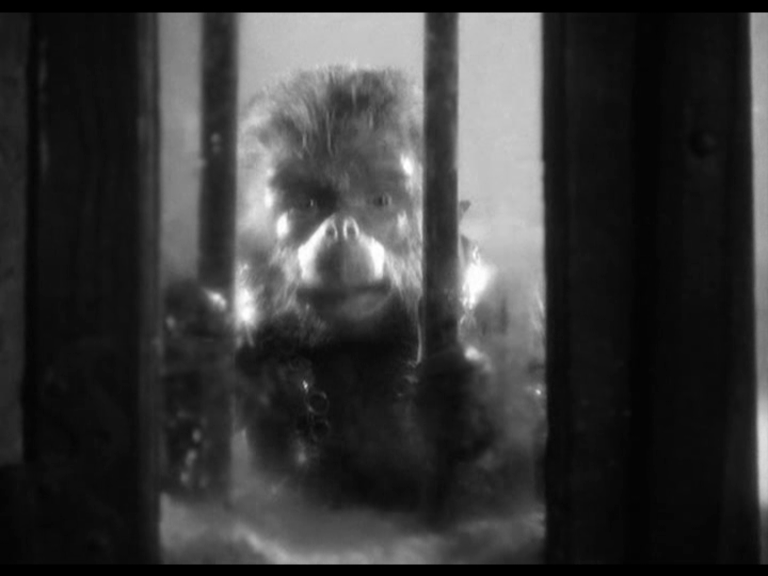 Apart from Fernandel, monkey faces are also supplied from another, unexpected, source: having killed an organ-grinder in the opening sequence, the innkeepers are tormented by his monkey, which escapes its own execution (none of them are quite certain whether monkeys can talk, and hence, inform the authorities) and haunts the countryside. The monkey is played by a small actor in costume, sporting elongated arms for the running scenes. It's a charming bit of fakery. I don't know if the actor is a child, or a perfectly-proportioned dwarf, or a child dwarf, or what, but he gives an ebullient physical performance and interacts with the studio-confected snow-scapes to give the movie a festive, carnivalesque atmosphere which contrasts bracingly with its rather black soul.

It's a sort of Arsenic and Old Lace with religious satire thrown in. Highly recommended, if you can lay your opposable thumbs on a copy. 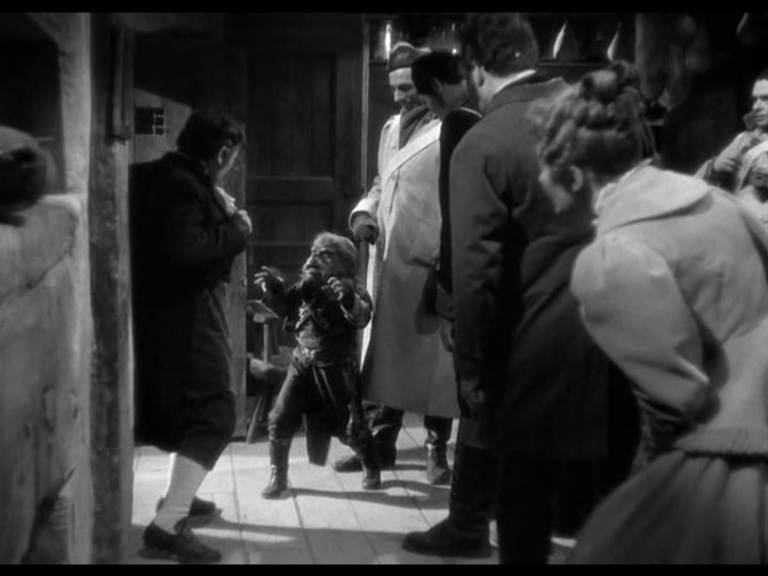