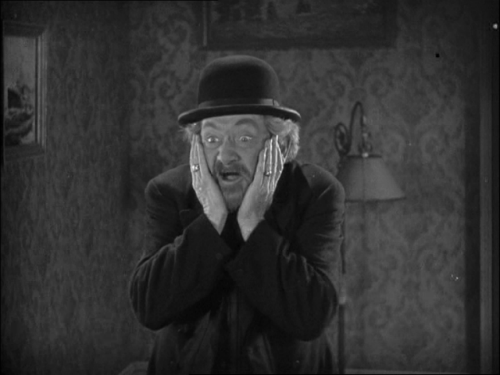 Following their invaluable collection Female Comedy Teams, Filmmuseum Munchen rescues another forgotten comedian from the ashes of history with two discs of Max Davidson Comedies, celebrating an ethnic comedian who churned out a slew of domestic two-reelers at Hal Roach studios during the late silent era.

He's a small man with a grizzled beard and a shock of salt-and-pepper hair. Circumstances frequently reduce him to a nightshirt, but he prefers an overcoat with a derby. Circumstances also conspire to throw his household into turmoil, to which Max will react by puckering his lips in a soundless "Oy!" while placing one hand to his cheek as if nursing an impacted molar. This expression, Max's "oy face," will appear with numbing regularity in every film. Occasionally, for variety, he puts both hands to both cheeks, achieving a Kubrickian symmetry. 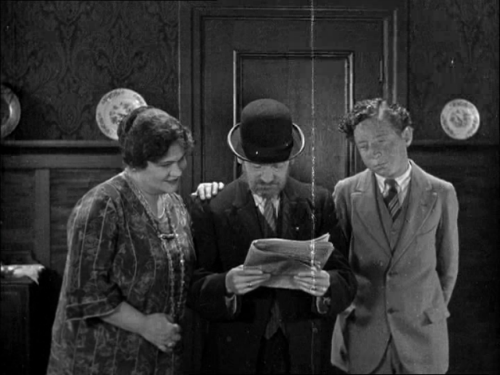 Somewhat more funny than Max, whose range really is as limited as the above suggests, is Spec O'Donnell, his hideous son, a freckled streak of malevolence combining animal cunning with vegetable vacancy. If Max's routine consists of one trick, repeated incessantly, Spec triumphs by lacking any tricks at all. He just is. 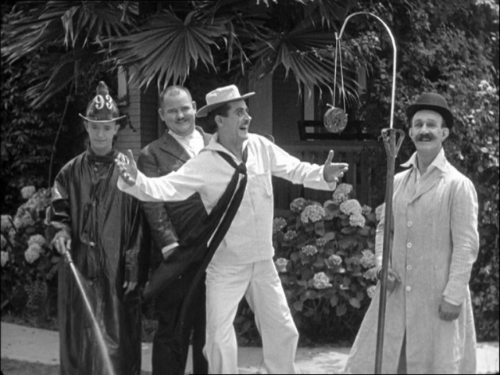 Don't be fooled into thinking that this set of shorts, mostly supervised and sometimes scripted by Leo McCarey, are devoid of appeal. They have anti-appeal. They prefigure the more problematic Oirishry of McCarey's later movies, and show the filmmaker struggling to get adequate entertainment out of vaguely naturalistic stories infused with farcical contrivances.

Asides from the joy of unfunny clowns cavorting pathetically, there are some bonus pleasures: in Call of the Cuckoo (1927), Max and his family are tormented by eccentric neighbors (the IMDb suggests they are insane asylum inmates, but this isn't too clear from the intertitles). Said loons are personified by Charley Chase, James Finlayson, Stan Laurel and Oliver Hardy, practically the whole Hal Roach stable excluding Our Gang.

But it's in the sole talkie that the package acquires must-have status. Meaninglessly titled, The Itching Hour (1931) is only included as an extra, presumably because despite substantial restoration it's in very poor shape indeed, with missing titles, bubbles of nitrate decomposition dancing across its surface, and awkward splices crippling jokes in either set-up or punch-line. But but but... 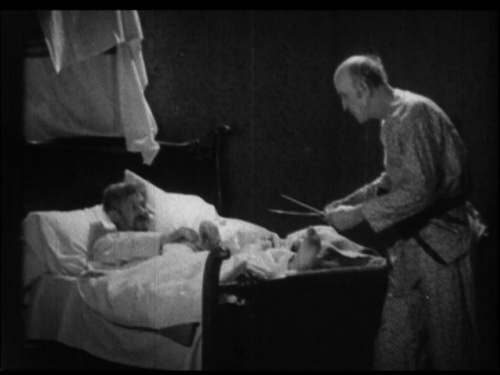 This haunted hotel caper really stars another struggling silent comic, Louise Fazenda, making Max play second banana to a second banana. Spec O'Donnell is back, now distended upwards towards some cruel pastiche of adolescence. Caught in a thunderstorm (the rainfall co-mingling with copious neg damage) the clowns take shelter in a cheap set representing a hotel and are tormented by phantasms. The broken comedy and nightmare imagery crackle into a miniature Eraserhead, bafflement turning to delighted dismay as the film opens a rickety door into sheer madness. "It's the wind!" intones a somnambulist surgeon, nonsensically. Characters repeatedly plummet into rainy mud puddles in their pajamas, and monsters from the subconscious stalk the halls, fretting and gibbering. 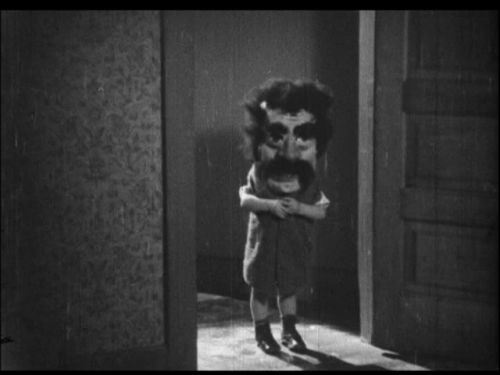 You have to see it.