Above: Spectacular full-scale derailment from the 1931 version of The Ghost Train (and also the 1941 version).

Arnold Ridley is fondly remembered in the UK as one of the stars of seventies sitcom Dad’s Army, about an incompetent and mainly superannuated group of volunteer soldiers in the WWII home guard, a show which made Ridley a national star at age 72 (it continued until he was 81). His sweetly doddering persona made a brilliant foil to the petulant Arthur Lowe, the dithering John Le Mesurier and gloomy Scot John Laurie.

One day, shooting on location in a graveyard, one of Ridley’s younger co-stars mused, “Hardly worth your leaving, is it, Arnold?” A rather harsh bit of humor: if you find it too mean, take comfort in the fact that the young thesp predeceased Ridley by some years, owing to liver failure. What larks!

But looong before Dad’s Army, Arnold Ridley found fame as author of a play which became a worldwide phenomenon. Produced in 1923, The Ghost Train set the pattern for a generation of comedy thrillers, almost certainly influencing Hitchcock's distinctive blend of peril and the puckish. In brief, it deals with a bunch of ill-assorted railway passengers stranded for the night at an out-of-the-way station, getting terrified by the story of a death-omen spectral train which may in fact be a cover story for something more mundane (spoiler alert: it's definitely a cover story for something more mundane.) I knew it had been filmed more than once, but until I started investigating properly I had no idea how much of an interest the cinema world took in Ridley’s comical spook show. 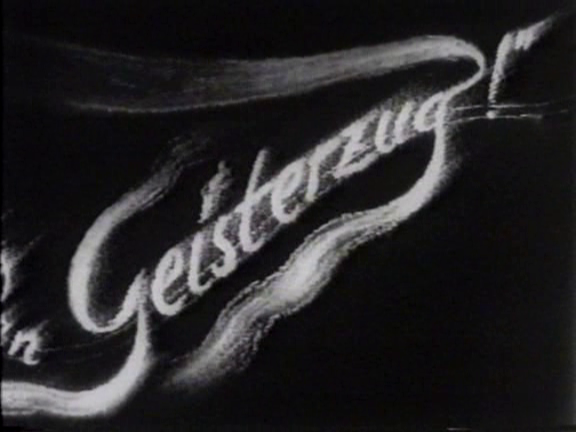 In fact, the first adaptation was not British, or at any rate it was a Anglo-German co-production, Der Geisterzug, filmed at UFA. Producer Michael Balcon, who worked with Hitchcock and went on to run Ealing, made up the main British element, and the director was Geza Von Bolvary, soon to find fame as a director of operetta films. This 1927 silent keeps most of Ridley’s plot and characters, exaggerating the Britishness for comedic effect. Thus, the rather annoying dandy hero sprouts a monocle and cape and his name changes from Teddy Deakin to Teddy Puffnut. (Despite this, there has never been a porno version of Ridley's play.) 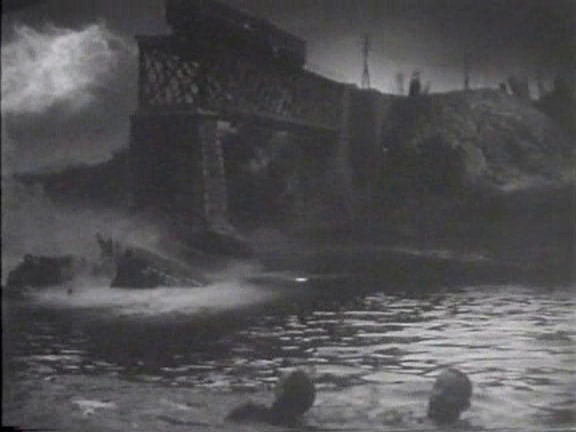 Bolvary’s film, which is rumored to feature footage shot by Michael Curtiz before his removal from the project (but such rumors must be taken with a pinch of salt) features some deft comic playing, particularly from Ilse Bois as the tee-total spinster whose fainting spell is treated with whisky, resulting in a night of mad abandon. Ernö Verebes, as the unappreciated husband who wishes he could join her in alcoholic stupor, is very funny too.

Here’s a clip, which I’ve scored with Malcolm Arnold’s Tam O’Shanter Overture (where else would I find a piece of music combining boozy, the supernatural, dancing, and a Scottish theme?). It would be interesting to know who did the animation.

The next adaptation was both British and a talkie, and starred popular (but not with me) comedian Jack Hulbert, an elongated clown with a chin like an elbow. Alas, only part of the movie survives: five reels of picture and two reels of sound. Walter Forde, a comedy-thriller specialist (he helmed two of the enjoyable Inspector Hornleigh films), directed, and screenwriters included Angus MacPhail and Sidney Gilliatt, both Hitchcock collaborators, marking this as a kind of forerunner of The Lady Vanishes.

1933 saw two East European versions, Kis﻿﻿é﻿﻿﻿rtetek Vonata from Hungary and Trenul Fantoma from Romania, which I haven’t managed to track down, assuming they still exist. In 1937 the BBC broadcast a television version.

In 1939 the Dutch got in on the act with De Spooktrein, which adds a further layer of hocus pocus by making the hero a stage magician and the heroine his clumsy assistant. Like the German version, this has sensational titles and like all nearly the versions I’ve seen is divided between atmospheric, expressionistic suspense scenes and more conventional comic interludes, filmed in a no-nonsense flat-on style. I’ve seen very little Dutch cinema from the thirties, but the country benefited from the availability of émigré talent at this time: Max Ophuls made a fine Dutch film in 1936, and this one was the work of Carl Lamac, an Austro-Hungarian Czech best known for his 1937 German version of The Hound of the Baskervilles. 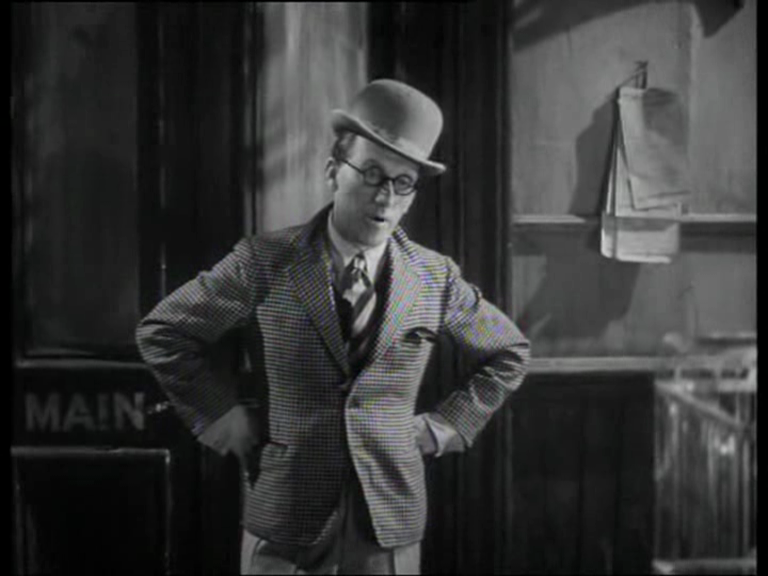 1941’s version is the most familiar. Walter Forde again directed, recycling surviving footage from his previous version (a spectacular train wreck sequence) and the main character is split in two: the more broadly comic aspects are given to the terrifying Arthur Askey, an aggressively unfunny music hall homunculus with the body of a child and the head of some vast, ancient parrot. If Jack Hulbert pushed the human form’s potential for grotesquery to an unreasonable extreme, Askey ran the results through a mangle and held them up to a funhouse mirror. Also, he does a lot of disturbing things with his buttocks, tiny pimple-sized things which protrude through indecently tight clothing and seem to jab at the audience in sequence. Thank Christ he never made a 3D movie.

Here's the whole thing, available on YouTube by the miracle of copyright violation.

This version, which had a script assist from the omnipresent and long-lived Val Guest (whose career took in every lowbrow British comic from the thirties to the eighties, stop motion dinosaurs, and the magnificent, hardboiled Hell is a City) has lots of good, corny atmospherics and decent caricatures: unlike in the German version where the newlyweds are always longing for privacy, the not-quite-married couple here are terrified of being left without a chaperone.

There are a lot more Ghost Trains, including several radio and television versions. The most recent movie is a Swedish film from the seventies. But I choose to end on the most striking mutation of Ridley’s meme. Yurei Ressha (1949), from Japan, isn’t even listed as an official adaptation on the IMDb or Wikipedia, but even without subtitles there’s no mistaking it as the same animal. It’s a reasonably faithful filming, complete with music hall types in outrageous mustaches. Unlike the Germans and Romanians, it doesn’t try to be English, which is probably wise. Akira Nobuchi, who also directed the ghost story Kaidan Botan-dôrô, brings a lovely fluid style to the visuals, and even though it’s recognizably the same story, and after watching three versions I was a little tired of the schtick and whimsy and Scooby Doo plot, seeing the play translated into such a different culture and such a poetic film language was a pleasure: as are the pre-Gojira miniature effects.

The Forgotten is a fortnightly column by David Cairns, author of Shadowplay.﻿ ﻿