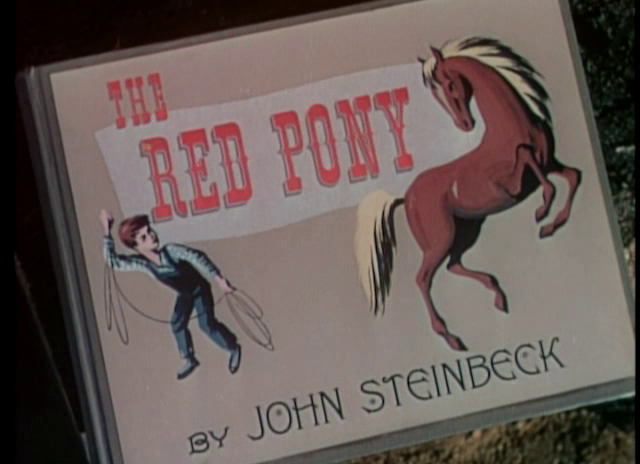 Ten years after collaborating on Of Mice and Men (1939), a critical hit and now a classic, but a commercial disappointment at the time, Lewis Milestone once more adapted John Steinbeck's material to the screen. The studio was Republic, a B-movie output that occasionally tackled artsier material as a way of attracting big talent (Ford's The Informer, Welles's Macbeth, Borzage's Moonrise). The combination of writer and director drew stars Robert Mitchum and Myrna Loy in this case, to a story about a boy and his pony in which the pair of them are really supporting players, and in which they have no romance together. 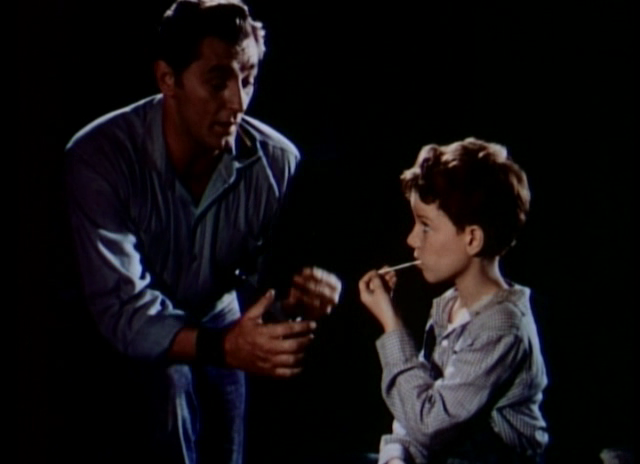 The Red Pony may have been intended as some kind of "children's western." It has been decorated with animated inserts and fantasy sequences to add a sense of childish make-believe to the quite gritty tale of life on a Californian ranch. Confusingly, the animation has also been used for special effects purposes, adding vultures into live action shots, for instance. This mainly results in the film signally lacking the kind of artistic cohesion and visual conviction that distinguish the earlier film. In fact, one really rarely sees the kind of American life depicted in Of Mice and Men, a devastating masterpiece partly because no part of it is open to question: universally strong performances and a palpable sense of place. The Red Pony has these qualities too, so the one thing it doesn't need is cartooning in the margins. 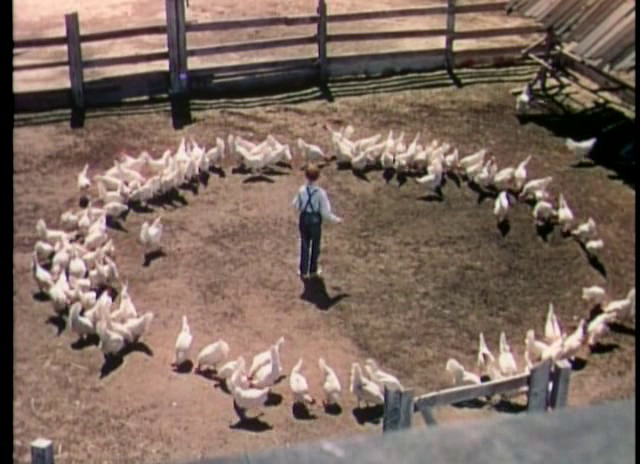 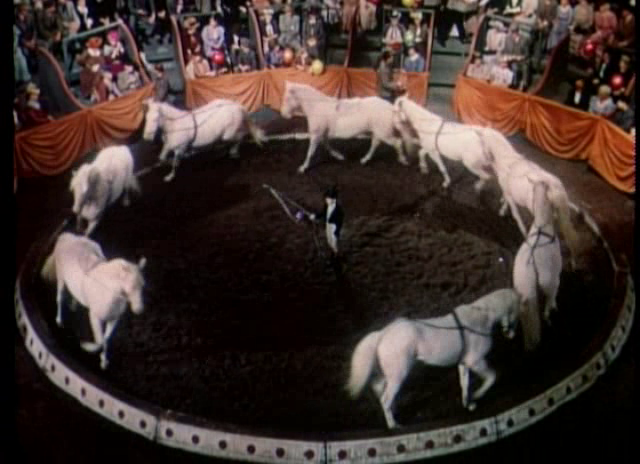 11-year-old Peter Miles is an engaging and believable lead character, devoid of precocity, cutesiness or the million other flaws that child actors are heir to. His main relationship in the film is not with either of his parents, nor even with the titular pony, but with Mitchum, a hired hand who claims to be a great horse expert, raised on mare's milk and part horse himself (do not fall into the distracting trap of speculating as to which part). Mitchum is perhaps more impressive in other things—he had a unique way, not of disappearing into a role but of having it disappear into him, only to somehow become visible again in him. He never apologizes for playing a bad guy—there's no attempt to convince us in Cape Fear that Max Cady is someone else, as contrasted with Robert DeNiro's hammy bag of quirks in the remake—nor does he ever try to make a character more exciting or interesting than the words printed on the day's pages suggest. Here, he has almost nothing to do but exposition about horse-rearing—on the face of it. His devotion to the boy, who is no kin to him, is purely subtext, and he makes the atypical choice of playing the text instead, and letting us discover the underlying emotion all by ourselves. 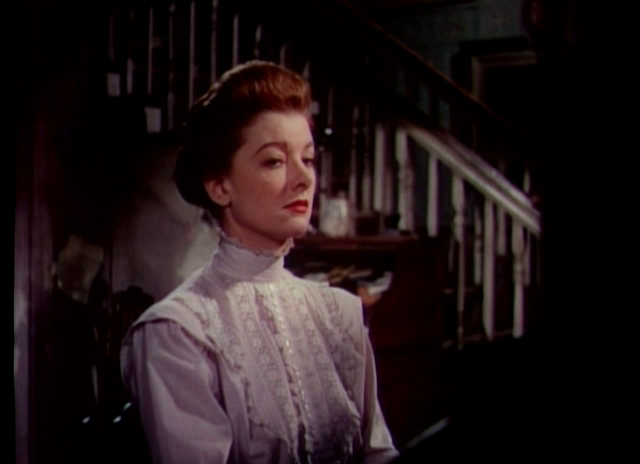 In Loy, Mitchum has a fine acting partner. She had moved into playing moms with good grace, despite looking scarcely a whit older than she did in her days of pre-code seduction. Her mothering here is unsentimental, practical, stern at times, leaving us to infer the deep love that motivates it all. While Of Mice and Men is a film of explosive performances amid a gallery of neurotic grotesques and tragic fools, the people of The Red Pony are all reasonably smart, self-contained, caring, and quiet.

The color is rich and Aaron Copland's score matches it. Milestone's trademark roving camera glides through the parched scenery and slowly eases us into it. There's also an extraordinary montage sequence of Miles fighting a buzzard (Milestone began as an editor and made a star out of Rin Tin Tin), ten years before The Birds, the same techniques—a rapid substitution of fake bird and real bird in looming closeups, with intense cutting and striking graphic compositions. And just as in The Birds, each shot is a fraction too long and a fraction too static. Still, it's a strikingly bloody and traumatic sequence.

As you might surmise from the talents involved, the movie is possibly too intense for today's flimsy children. Bambi's mother dying is one thing, but Bambi's mother is a cartoon talking deer. The animals here are real (except for those awkward animated moments) and so are the people. I'm not sure I'd share this with a kid unless they were notably hardy: a Jackie Cooper rather than a Roddy McDowall.

The Forgotten is a fortnightly column by David Cairns, author of Shadowplay, currently home to a week of Lewis Milestone appreciations.﻿﻿﻿