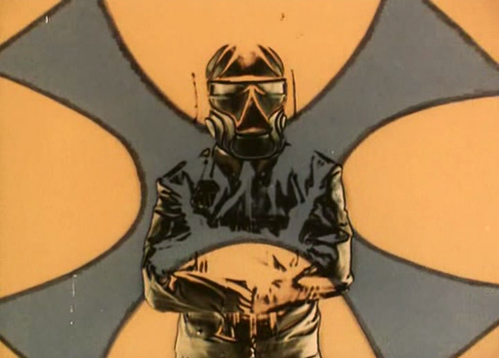 Test Pilota Pyrxa (Pilot Pyrx's Inquest, 1979), based on a story by Stanislaw Lem (Solaris), is a Polish sci-fi movie that anticipates the anxiety of Blade Runner: the paranoid fantasy of non-humans passing among us unrecognized, a fantasy edging towards reality. It seems the paranoids have been beta-testing our new nightmares for us. 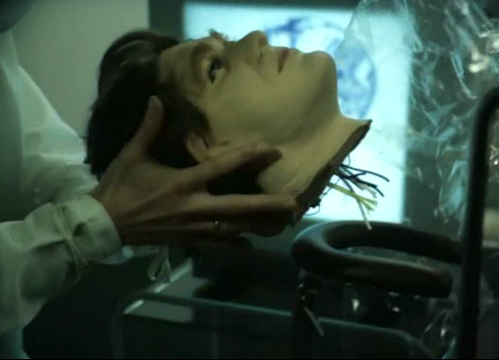 "Uncanny Valley"—that revulsion felt in response to things which look human but aren't, still has to be overcome before we get there, and the Turing Test, which a computer has to pass by holding up its end of a conversation without giving away its mechanical origins, still seems some way off, as witness this brilliant conversation between two chatbots (one of them inexplicably angry). Marek Piestrak's film, like Ridley Scott's, takes place in a future where these problems have been overcome, leaving us with bigger ones.

That future: a world of manned interplanetary flights and perfect humanoid robots, inexplicably still full of 1970s vehicles and black-and-white TV monitors; a world of defiantly analog special effects, miniatures, matte shots, and the good old Schufftan process. This is a movie where, as in the old Star Trek, one can simultaneously engage with the philosophical discourse science fiction thrives on, while regarding the cheesy circus of toy rockets with cynical twenty-first century amusement. Two apparently contradictory pleasures that actually go great together. 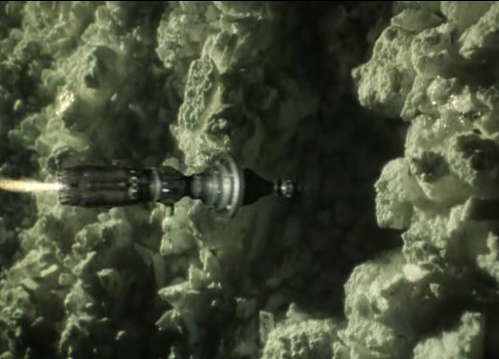 Apart from excellent, really convincing production design (the olive drab spaceship is the most depressing on record) and the percussive music of Avro Pärt, the film makes a virtue of changing styles abruptly to suit its narrative requirements. A handheld stalkercam traces the action down shiny corridors in shiny skyscrapers in the first act, faking documentary observation almost as convincingly as the androids fake humanity—it helps that this stuff is all location-shot, like Alphaville, exploiting the future's premature appearance among us. (And it's no surprise to learn that Alex Cox is a fan, since his style since at least Highway Patrolman [1991] has favored similar camerawork.)

When we relocate to space and glum, balding hero Pyrx has the job of identifying which of his crewmembers are flesh and blood and which mechanical, and while the jouncing camera continues we also get sudden interior monologues, as he sinks into a paranoid anxiety loop: at least one of the robots seems to be plotting the death of all the human crew, to prove his superiority and lead to mass-production—and an eventual take-over of Earth. His mind racing through a cycle of doubt and confusion, Pyrx comes to resemble a malfunctioning machine himself, and his audible thoughts anticipate the ending, when we jump forward in time to the inquiry into the mission's failure, Pyrx charged with catastrophic human error: as a last-minute piece of evidence we see and hear the robot conspirator's thoughts, handily recorded on a black box flight recorder planted inside his head. The post-human cinema has arrived. 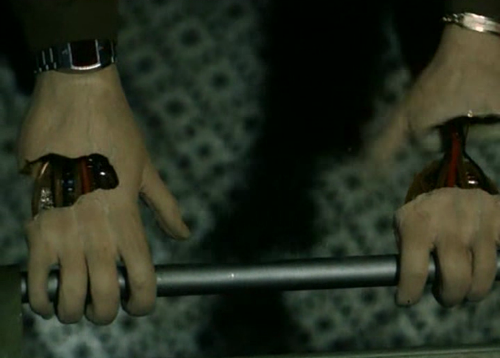