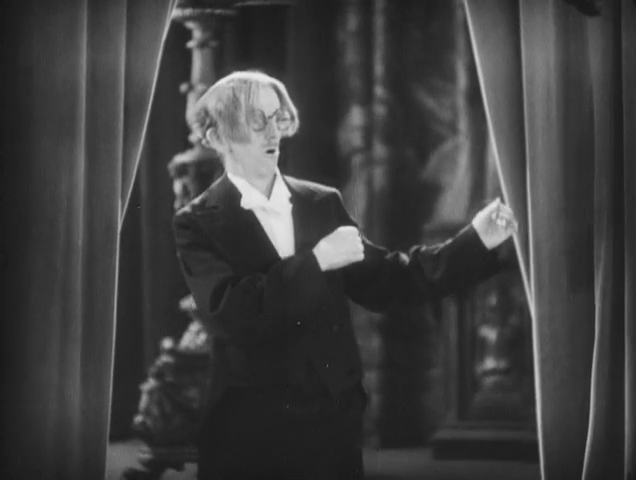 Probably the single most influential piece of film criticism in my life is Manny Farber's piece on Preston Sturges, and in particular his paean to the Sturges stock company ~

"They all appear to be too perfectly adjusted to life to require minds, and, in place of hearts, they seem to contain an old scratch sheet, a glob of tobacco juice, or a brown banana. The reason their faces--each of which is a succulent worm's festival, bulbous with sheer living--seem to have nothing in common with the rest of the human race is precisely because they are so eternally, agelessly human, oversocialized to the point where any normal animal component has vanished. They seem to be made up not of features but a collage of spare parts, most of them as useless as the vermiform appendix."

There are things I don't love about Farber—his insistence upon virility as a supreme virtue in movie making is one, and his narrow-mindedness another. One doesn't, or shouldn't, go to a critic just to have one's tastes confirmed, but I get frustrated with Farber that his tastes are so narrow and even predictable. He could accept the baroque when it came with the burlesque of Sturges, but disliked fanciness to a degree that sometimes seemed to close off most of cinema, as if he carried his own Dogme manifesto tattooed on his frontal lobes.

But his grotesque descriptions make me giddy as a schoolgirl on sake, and I determined to write like that. To my great pleasure, I found I could get laughs with physical description — not that I'm comparing my gifts to Farber's, just explaining the lofty heights towards which I aim. Sometimes I have to watch myself, because making fun out of ugly mugs comes easily. I have never wanted to be John Simon, who characterised the young Angelica Huston as having "the face of a gnu and a body of no discernible shape." Scummy writing.

Farber goes on to describe the principle player of this fortnight's Forgotten, Jimmy Conlon ~

"It is all one can do to suppress a maniac shriek at the mere sight of Harold Lloyd's companion in Mad Wednesday. His body looks like that of a dessicated 200-year-old locust weighed down by an enormous copper hat."

Sturges gathered his troupe from far and wide, plucking contract players from the films he'd written for Mitchell Leisen (Julius Tannen, "Snowflake"), Eddie Sutherland (Franklin Pangborn, Eric Blore) and William Wyler (Torben Meyer, Luis Alberni) but also recruiting silent comics seemingly forgotten by all but he ('Snub' Pollard, Chester Conklin). He displayed a fierce loyalty to them that dismayed Paramount's bosses, who wondered why he wouldn't freshen things up with new blood. 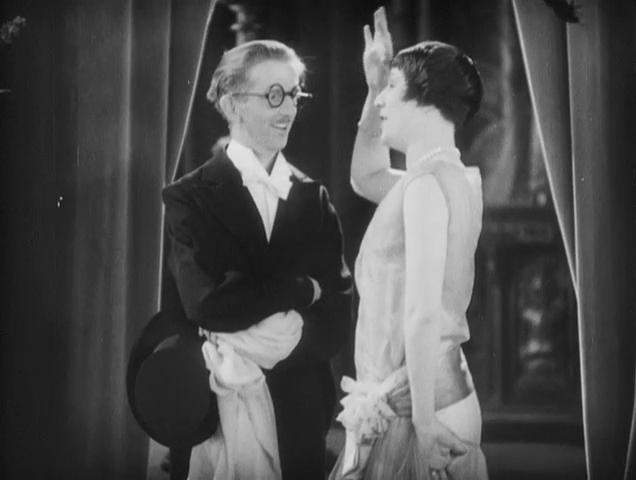 Sharps and Flats is a weird Vitaphone short designed to showcase Warner's revolutionary sound-on-disc system. All kinds of musicians and comedians were corralled onto the sound stages to put their acts on film (and so Gus Visser and his Singing Duck survive for eternity) and Jimmy Conlon's hectic, peculiar, seemingly thrown-together act comes down to us, a record of a strangely younger yet not actually young Conlon, already looking like a dessicated locust. Many hairstyles have been called "mops," which rather ruins things for the prose caricaturist when he encounters a head like this younger Conlon incarnation's, which could so easily be used to dust out the larger variety of domestic crevices.

The film is not, it has to be said, funny. Conlon & Glass seem too amused by their own material, which would be off-putting even if it were any good. The strange call-and-response (with a rather small offscreen crowd—the crew?) is entertaining in its fever dream fashion, like watching your feet recede into the distance or the ceiling warp and sway: you know it's nothing to worry about really, but you also feel reality slipping from your grasp. 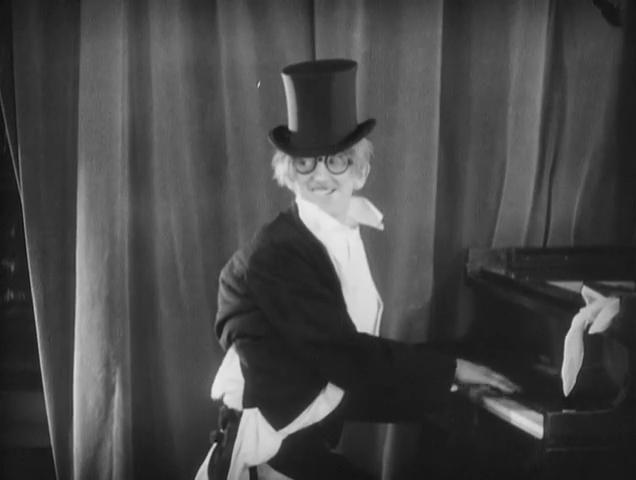 But presumably the way the slightly terrifying Myrtle Glass tears Conlon's dinner jacket to pieces cracked Sturges up, since he recreated it with Rex Harrison and Rudy Vallee in Unfaithfully Yours (Vallee, a popular, untalented crooner and failed serious movie star, was one of Sturges' more unlikely finds, revealing a comic genius never suspected).

The piece devolves into a musical number, showcase for Glass's braying vibrato and Conlon's eccentric piano playing, which departs from the Chico Marx school in the way it depends on unlikely physical malfunctions: Conlon's finger gets stuck in a paralytic kink, unable to hit the notes, and then his entire hand turns boneless, flopping across the keyboard like a landed trout.

I hope you find it as curiously diverting as I did. Vitaphone varieties offer something weirder than time travel--they seem to rip back the curtain from another dimension of surreality and conflicted response. Maybe the enormous copper hat cranium is in style in that ethereal neverland.