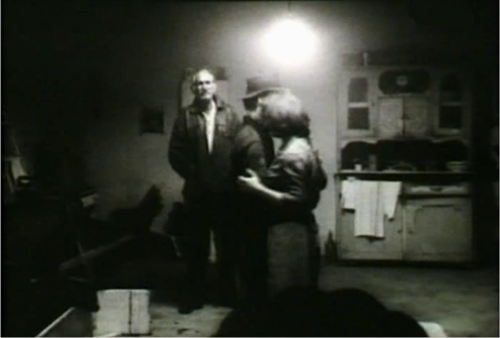 This year's Edinburgh International Film Festival introduced the idea of celebrity guest curators, each programming three or four films they wanted to show to an audience. A nice idea, but in practice it added to the festival's rather scattershot feeling, with a multitude of strands in which the films often seemed secondary to some amorphous concept. However, Alan Garner's selection of Skolimowskis had its own integrity, and Béla Tarr's choices (the only ones introduced personally) included the impressive Passion (Szenvedely, 1998), important not only as a virtual mirror-image reflection the Hungarian auteur's style, but as a powerfully atmospheric vision in its own right.

Does cinema history need another version of James M. Cain's The Postman Always Rings Twice? Regardless of the answer, it has one, and the others must move over, because György Fehér's Passion  has more grit and glower than any other adapatation. Deliberately styling everything in the movie to create a vague sense of period, and shooting it to look like an artifact from another era, Fehér brings to life an oppressive, bleak narrative in an equally dark, stark landscape of industrialized countryside reminiscent of Tarr's own Damnation. Indeed, if you didn't know better, you might think you were watching either a movie from some much earlier time, or a Béla Tarr movie. 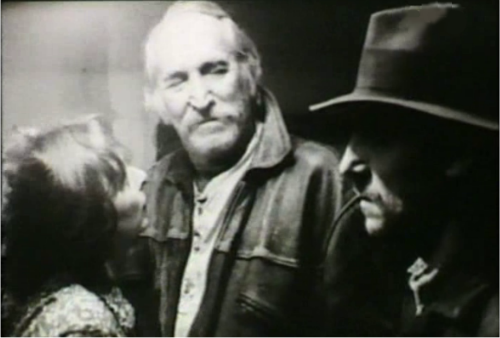 The long takes are present, often slowly evolving so that what begins, and continues, as a stationary long shot, transforms unexpectedly, and then again, and again. The pace is as measured and doleful as we'd expect from Tarr, with only the briefest exchanges of desultory dialogue between long expanses of pregnant silence or repetitive activity. The mind drifts away from the action, into the shadowed corners of the frame, into moody reveries of its own. At other times, as Cain's murderous triangle reaches a crisis, the apparent longeurs trigger sensations of extreme tension and dread. 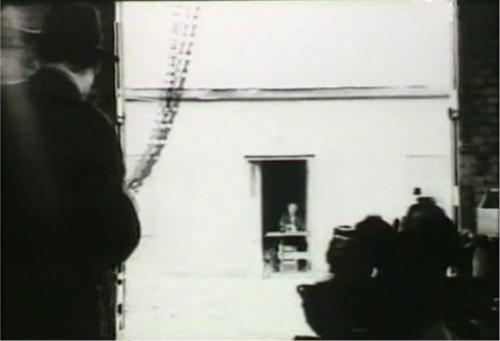 "A man with a sensibility almost identical to mine," is how Tarr described his contemporary, and the judgement is apt. Féher makes much use of extremes of contrast, allowing light to blow out huge sections of the frame while others sink into blackness, a sparse mid-ground between the two offering the only clear image. In one scene he shoots from inside through a doorway towards a window, allowing the overcast figures in doorway and window to register as near-silhouettes while the daylit world between them disappears in an A-bomb blast of searing white. 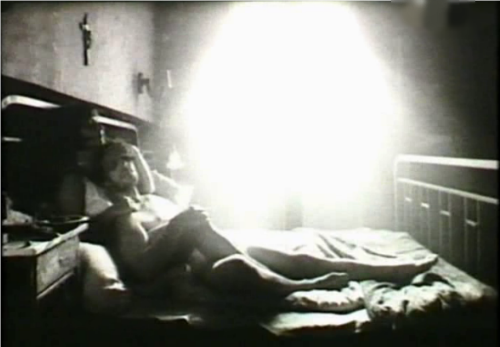 Back when they were new to the world of cinema and hadn't learned of the social embarrassment that can come from criticizing your colleagues, the Coen brothers were asked about their debut feature's indebtedness to Cain's world, and were invited to offer an opinion on Bob Rafelson's 1981 Postman. They cited Pauline Kael's disbelief that the filmmakers had left out the novel's most cinematic incident, the uncanny moment when a murdered man's voice echoes back from the hillsides to confront his killers. To excise such an obvious coup de cinema seemed incomprehensible to the champions of exaggerated, self-conscious style.

Well Fehér leaves it out, too, presenting his murder in another low-affect long take with the camera resting behind the driver's seat as the victim looks under the hood and is struck down from behind. It's a film in which dramatic moments just happen, undramatically, but within a highly-charged cinematic environment, both in terms of the post-apocalyptic ruination of the countryside, and the winding, beady-eyed movements of the camera. And the protagonist's omnipresent fedora means any shot where he stops, silhouetted, back to the audience, instantly stamps the misty, European arthouse mannerisms with iconic noir imagery. 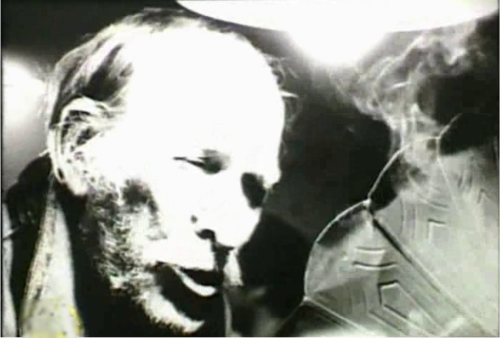