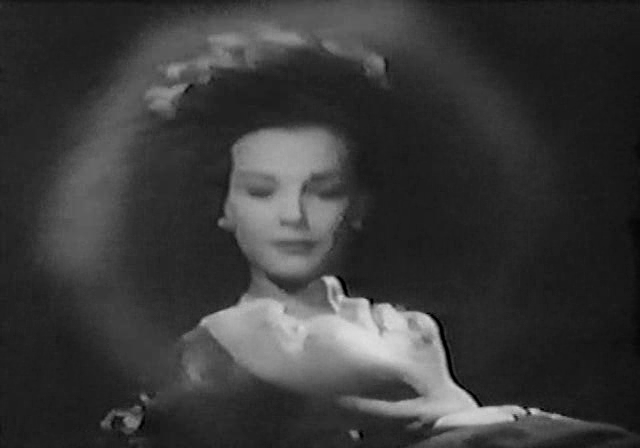 In honor of James Garner I was watching A Man Could Get Killed (1966), an easy-going spy caper which makes decent use of its star's easy-going charm, and noted that director Ronald Neame had swiped, from The 39 Steps, Hitchcock's transition from screaming woman to screaming train whistle, only it wasn't a train whistle in the Neame version (I forget what it was). Still, as Neame had actually worked for Hitchcock, I thought it was an OK little homage.

I was surprised to find the same device reprised in the next film I watched, The Argyle Secrets (1948), and this time I was again forgiving because the moment was so amusingly over-the-top. The scream comes from a burly policeman who's just looked at the headline of his paper and realized that his house-guest of moments before is wanted for murder. The scream looks like this: 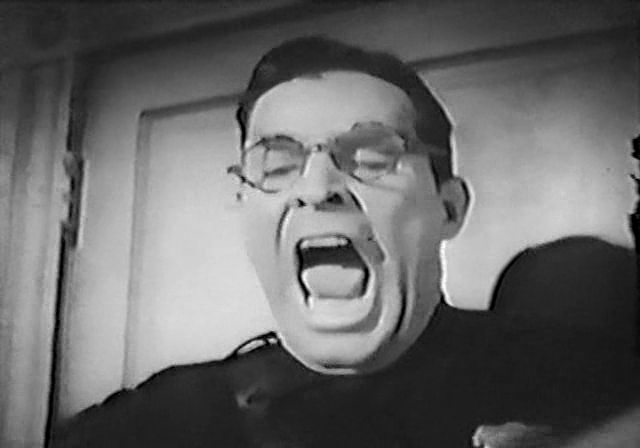 It's one of a number of odd moments that invigorate a twisty, offbeat thriller made by Cy (billed here as Cyril) Endfield in America before he was blacklisted and moved to the UK where he managed to make a few very good films, most notably Zulu (1964). Jonathan R0senbaum described The Argyle Secrets to me as a minor masterpiece, and though I might not wholly agree after viewing a rather ratty copy, I certainly found it interesting.

Endfield, who also scripted, adapting his own radio play, has a neat MacGuffin: an album of information incriminating several prominent Americans of making treasonous deals with the Nazis in case the Allies lost WWII. Various parties are after this dossier, either to protect their own reputations or to use it for blackmail. Our hero, ace reporter William Gargan, simply wants to publish it as a fat scoop. 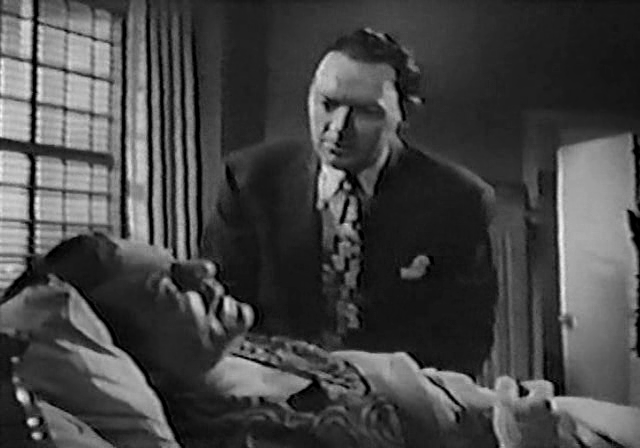 One thing Endfield gets right is his use of Gargan, never a very charismatic star. The movies tried him in the early thirties, when he looked sickly in the heavy makeup of the day (funny how some stars never looked like they were wearing lipstick but others did), then he kind of sank into B-roles, was able to profit by the fact that he evidently wasn't fit for military service, but never amounted to very much. And his name makes him sound like sidekick to a Japanese monster.

But Gargan could act, and Endfield capitalises on this ability to be convincing but not appealing by making his hero decidedly unheroic. He may be smarter than the cops, but Gargan's hack is selfishly motivated, exploiting everyone he meets and getting his timid photographer knifed. It's Endfield's leftist side, I think, painting a noir portrait of what capitalist greed does to people: Gargan is the most unpleasant character to take a lead role in a noir outside of Ralph Meeker in Kiss Me Deadly. He's also violent to women—slugging one on the jaw with the words "I'm sorry," followed by a plaintive "I really am..." as he cradles her unconscious form. When the vamp Marla frees him from the clutches of a trio of rogues, he half-strangles her so her story that he overpowered her will look convincing. Halfway through the strangling, he gets confused and kisses her. Dr Freud would have something to say about this hero. 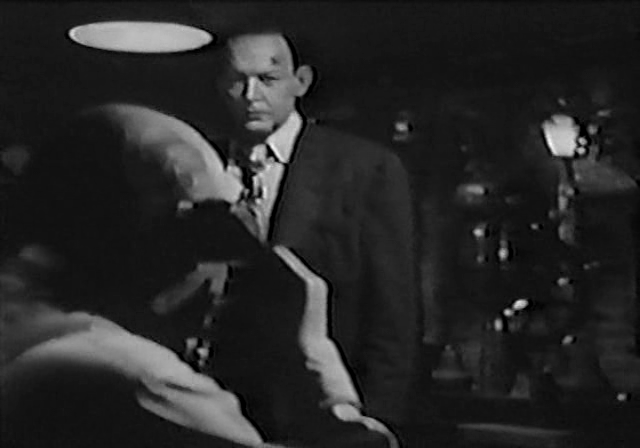 Elsewhere, the movie is a fast-moving jumble of stock villains (a fat man with a swordstick and a line in Southern gentility is a too-obvious budget Greenstreet; but I enjoyed the grumpy Scotsman) and intriguing plot wrinkles, most of which get smoothed out in a not-too-careful manner. There's a locked-room mystery, the strange case of the man who was murdered twice (poison and knifing) in front of the hero's eyes without him noticing, the vanishing killer (who disappears from the plot completely) and the German bad guy who might not be German at all but we never really do find out.

In other words, the 64-minute quickie packs a lot of nonsense in, and isn't too scrupulous about making sense, but is imaginative and eager to please. Endfield could be pretty outrageous when he had to be: the best example of this may be the ending of The Limping Man (1953), where the whole story turns out to be a dream, and then the cast of the dream walk past the hero, giving him a nasty turn (shades of The Wizard of Oz's "But you were there! And you!"), but the indecent haste of the plot's wrapping-up here is given perfect accompaniment by the fact that the building Gargan has just exited as he attempts to tidy up loose ends, is all too obviously a movie studio. 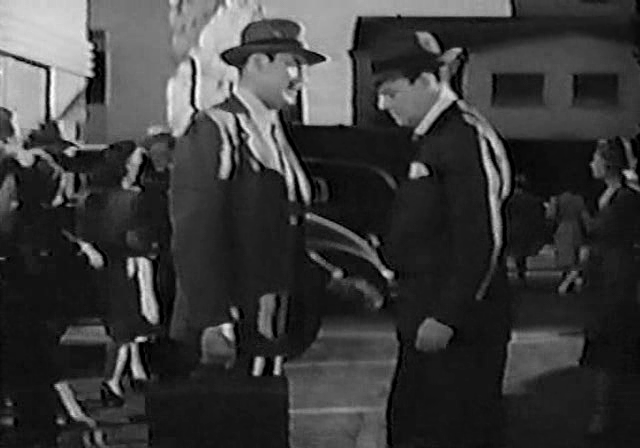