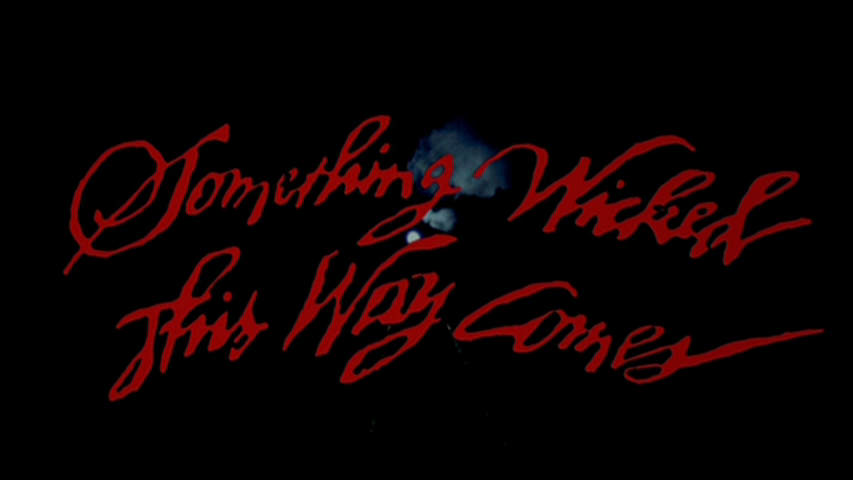 The far-from prolific Jack Clayton has the right to be considered a great filmmaker purely on the basis of The Innocents, The Pumpkin Eater and The Lonely Passion of Judith Hearne, but only the first of these is well-known, and the rest of his scattershot career shows little of the thematic consistency beloved of auteurists. His nature was to be interested in a wide range of things, and he didn't make enough movies to tie them all together into an artistic personality coherent enough to suit critics. But interested parties should check out Neil Sinyard's excellent study of the filmmaker.

The Disney Corporation was going through a somewhat incoherent spell itself in the early eighties, commissioning unusually sombre, bizarre, scary or adult movies which it then didn't know how to sell: Altman's Popeye, Carroll Ballard's Never Cry Wolf, Dragonslayer (in which the Disney Princess gets eaten by baby dragons), Tron, and Tim Burton's early shorts. 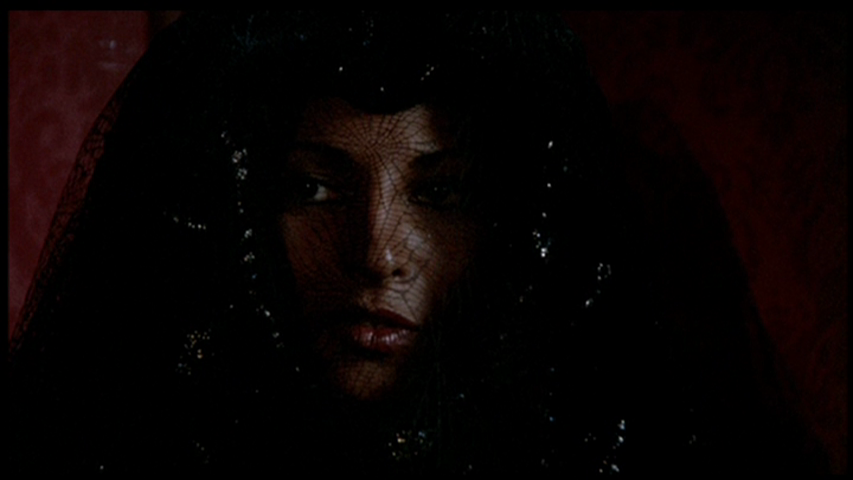 Something Wicked This Way Comes, Ray Bradbury's 1962 novel of dark fantasy, wasn't an obvious choice for the company. It does, admittedly, feature a nostalgic evocation of small-town American life. But so does Blue Velvet. Neither Bradbury's book nor Clayton's film is as dark as that, but we do get plagues of spiders, instantaneous aging, instantaneous blindness, Pam Grier, fractured knuckles, and a great deal of terror. Small wonder that the studio shelved the film, tinkered with the edit, slathered it in post-production special effects, re-scored it, and finally released a version which satisfied the original author more than it did the director.

Fortunately, some of the studio's changes are interesting, even if they shouldn't be there. Georges Delerue's beautiful music was rudely jettisoned, but James Horner replaced it with one of his best scores: as usual with him, it's somewhat derivative, but highly effective, and lacking his later excesses (no Celine Dion song). The special effects work is occasionally intrusive, but often striking: the animators seem to have been given a free hand to add glows and flames and lightning bolts at will. Clayton, pleading inexperience in the visual effects side of things, had begged Disney to supply him with its best people, but the best people were all at work on Tron, "so I ended up with three old men and a box of fireworks." Sadly, the effusion of effects makes a garbled mess out of the climax, and the movie fades out too swiftly afterwards to leave a better last impression. 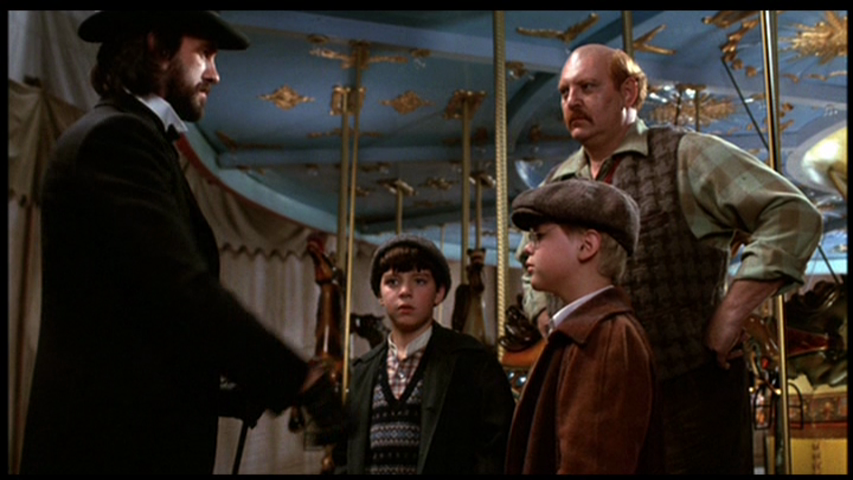 What remains of Clayton's vision is flawed but often superb. Any adaptation of Bradbury's work must struggle with his rather purple poetic dialogue, which can be admired more easily on the page than emerging from an actor's big face. The two central kids struggle manfully to deliver odd lines like "Don't talk death, Dad!" They're also rather clean and precocious, which worked fine for the little menaces of The Innocents, but is all wrong here. Not their fault, more a question of Disney's mania for cleanliness and Clayton's unfamiliarity with the milieu. 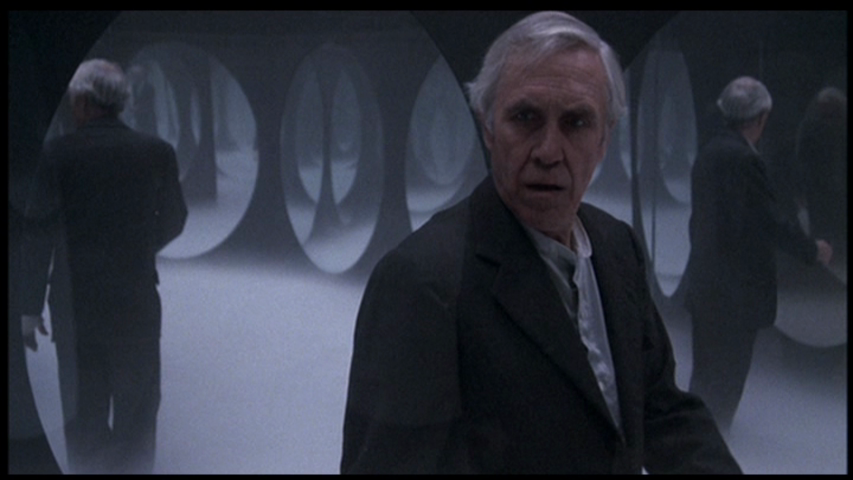 Fortunately, Jason Robards and Jonathan Pryce are on hand, and by treating Bradbury as if he were Shakespeare they can make you believe what you're hearing. Robards is a solemn bloodhound of an aging librarian, genuinely affecting as he tries to stay young for his son while facing the advance of death. Pryce is extraordinary: rather than embodying satanic power (like Disney's big demon in Fantasia) he plays it light, weak and nervous, suggesting his character's demonic abilities derive from some offscreen force, even more terrifying than himself. I haven't seen anyone else pull this effect off, excepting for Niall McGinnis in Night of the Demon. In fact, McGinniss and Pryce are two of my very favorite villains.

Recommended Halloween viewing for adults and the more resolute sort of child, Something Wicked ought to be a regular seasonal treat. Or trick. Fans of the book need not fear disappointment, and admirers of Clayton's skills will find more than a mere might-have-been. There are some dark treasures here.