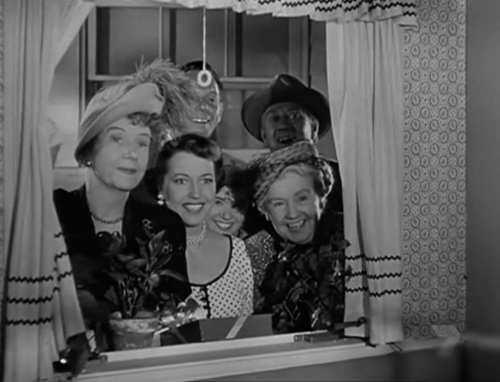 I didn't have high hopes for The First Time (1952), despite my Tashlin mania: I'd tried to watch Marry Me Again (1953), his other marital comedy starring Robert Cummings (known in my household as "the Butcher of Strasburg" after his role in Anthony Mann's 1949 Reign of Terror), and found the gag-happy, sketch-comedy approach unsatisfactory within such a constrained domestic setting and with a straight actor instead of a comedian in the lead. And the jokes about shooting down "Japs" in the war are pretty...bad. As a result, I only put The First Time on for a minute to see what it was like...and then ended up watching the whole thing.

It's very funny, and Cummings, along with Barbara Hale, is really good in it. No, really.

It's also very interesting, and quite subversive at times...Tashlin often seems to favour a kind of masculinism, in a slightly tiresome "Fathers for Justice" way, arguing that men are dominated and infantilized by a matriarchal society. Here, the film imparts almost equal screen time to both characters, and she's a lot more sympathetic—although it's not always clear if that's intentional. Ultimately, having gone a considerable way towards portraying Cummings as a terrible insensitive lout, the film hurriedly backs off with an ending where both husband and wife apologise to each other. 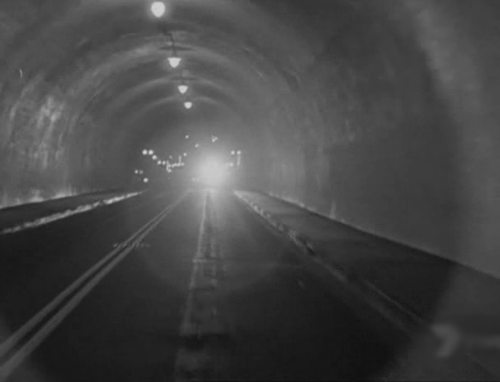 But along the way, there's some great stuff, not all of it comedic. The frantic journey to the hospital to give birth is filmed in that LA tunnel everyone shoots in, as a sort of metaphoric birth canal, and Tashlin cuts from the glaring headlights of Rick Deckard coming the other way to the glow of the operating theatre lights. 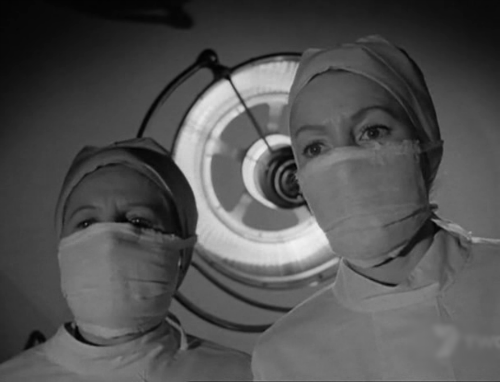 The movie is narrated by the baby à la Look Who's Talking, which ties it into other odd narrational strategies in Tashlin's oeuvre: Susan Slept Here is narrated by an academy award, Will Success Spoil Rock Hunter? is introduced by an onscreen Tony Randall, out of character as himself, and The Alphabet Murders is introduced by an onscreen Tony Randall, in character as Hercule Poirot.

But mostly this movie avoids stylistic excess and spot gags, favoring situational comedy which is allowed to build gradually, far from the stop-start stutter of Marry Me Again. As a result it boasts some terrifically sustained sequences and achieves an emotional intensity rare in Tashlin, closer to the nightmarish oppression and terror of Minnelli's brilliant purported comedies like The Long, Long Trailer (1953). In fact, Tashlin should be seen as one of the key figures of US film in the 50s, in terms of his combining the functions of barometer and funhouse mirror, along with Minnelli, Sirk and Ray, all of whom can easily be imagined having fun remaking each others pictures in melodramatic or farcical terms.

As the movie goes on, detailing the financial and social stresses of parenthood which nearly destroy the marriage it was meant to sanctify, Tashlin and his small army of co-writers deliver some startling scenes. The quest to find a babysitter leads to the naughtiest of these—after Hale rejects a gum-chewing teen ("SHE needs a baby-sitter") and the girl's stone-deaf, septuagenarian grandmother, Cummings is sent to collect a woman he's never met from a bus stop. He drives past, grinning inanely, and a woman (Jean Willes) steps forward. Unfortunately, she's responding enthusiastically to his curb-crawling but she's no babysitter, leading to a frankly shocking cross-purposes dialogue scene...

Him: "It's certainly a blessing I found you after the other two I picked up tonight."

Him: "The first one was about fourteen."

Him: "Oh, it doesn't particularly matter to me. The other one I picked up was about seventy."

A few lines later, she's overlooking his oddness and sidling up close. This causes Bob some confusion.

Her: "Just between you and me, two scotches and I'll sit anywhere."

Him: "Oh, I don't think my wife would stand for any drinking."

Him: "Well, it was her idea, you see, that I pick you up tonight. So we could have a night out." 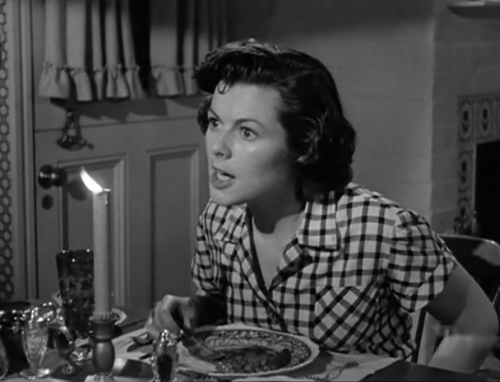 Tashlin also does a neat job with the argument scene, which erupts over a candlelit dinner—it's played completely straight, with the only comic touch being the way the candles flicker as the couple hiss out their snipey statements. When Cummings rises in indignation, the light from below makes him look truly monstrous (David Bordwell suggests that the Butcher of Strasburg never looked so bizarre as in Reign of Terror, but move over Anthony Mann, we have a new winner). Taken alone, this scene is also powerfully feminist, as Cummings' questions about why the housework isn't all done and why his wife never seems to look glamorous reveal his appalling ignorance of what she's been dealing with while he's at work. 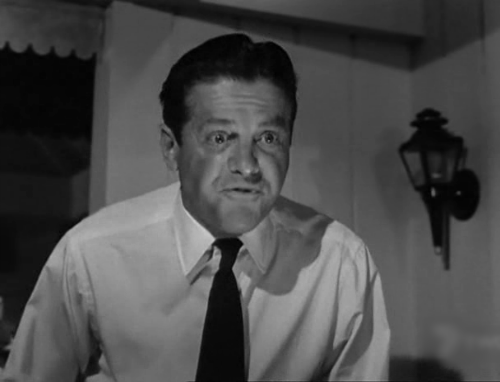 This leads to another good scene, Hale's revenge, when she transforms herself and the home the following night to give Cummings what he's been asking for—as his punishment. It begins like some kind of distorted dream, and you're really not sure where it's going. And then it slides into nightmare.

This drives Cummings to a drunken night out, and he acts the resultant hangover very well—limp at the breakfast table, trying to apologise as his wife tortures him by hoovering. Lots of little helpless gestures, very funny. I think it plays on our secret desire to see Robert Cummings suffer horribly. When he finally manages to break through the vacuum cleaner roar to say he has a headache, he gets an alka seltzer in his coffee. The long-held reaction shot redefines the slow-burn, and anticipates the durational comedy of Tashlin's celebrated protégé, Jerry Lewis. 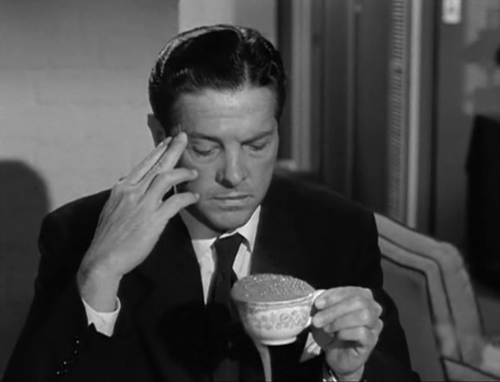 As I said, the ending slides away from the more interesting stuff, but this is Tashlin's first real attempt to incorporate adult emotions into his comedy, and it's the most successful one until The Girl Can't Help It. And the ending does cop to its own fantasy wish-fulfillment status by having the entire supporting cast gather at the windows to watch the protags make up.