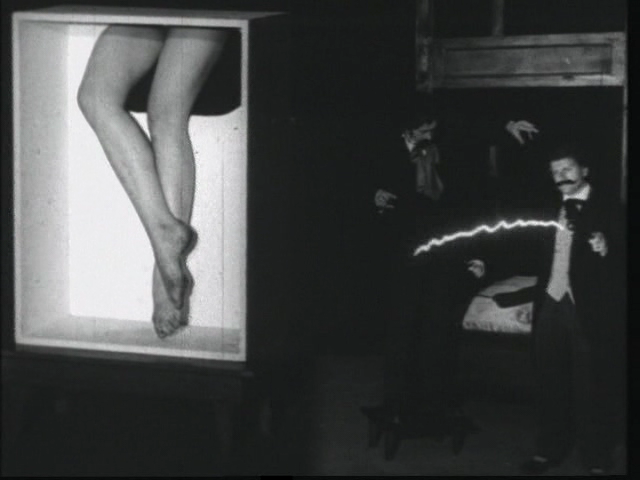 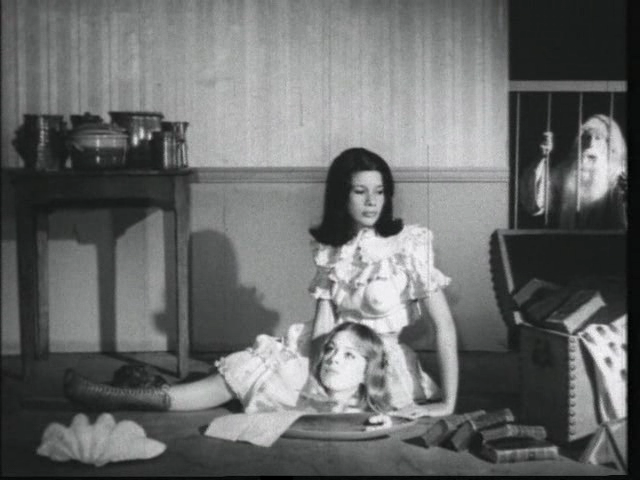 The Woman with a Hundred Heads (1968) is a twenty-minute short directed by Eric Duvivier, nephew of the more famous Julien. It's based, closely, on one of Max Ernst's books, a surrealist text joined with surrealist collage prints where the words and images never quite hook up in a way the rational mind can grasp. To turn this abstract work into a film, Duvivier stages a series of tableaux, reproducing the artist's discordant juxtapositions via elaborate production design or double exposures, as Jean Servais intones the prose. 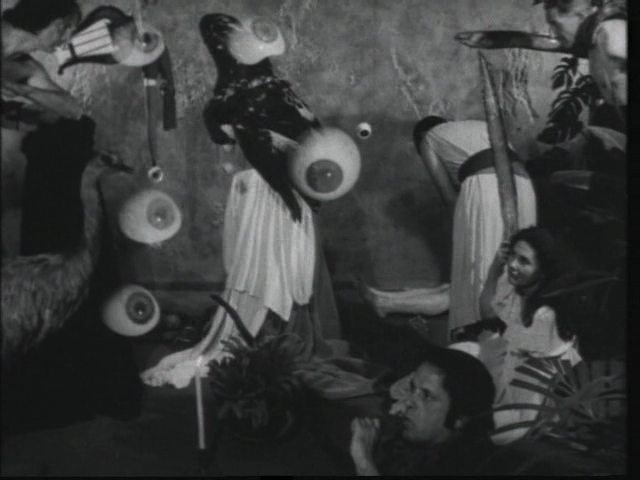 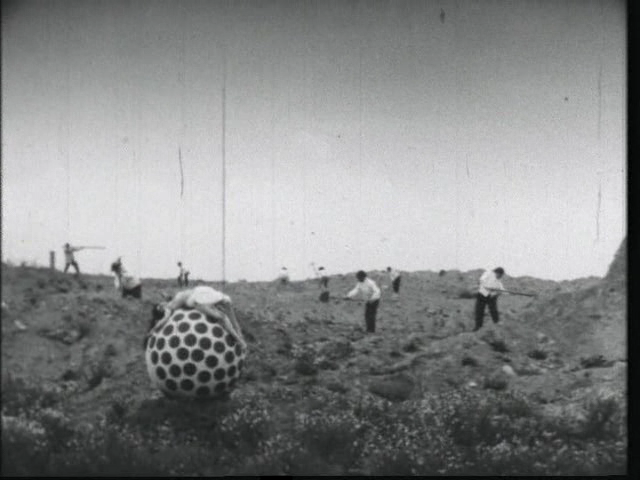 I want to print every image from this film on a T-shirt! And then I want to wear them all at once, and, by ruppling my powerful chest muscles in an Incredibly Hulky fashion, cause them to shred and disintegrate, starting with the outer layers, since they will be the most over-stretched.

In this manner will I cause an animated flickbook to appear on my chest, the images of the film succeeding each other in a montage of cotton tatters, approximating Duvivier's own splendid feat in making a film which simulates the feeling of turning the pages of Ernst's book rapidly. 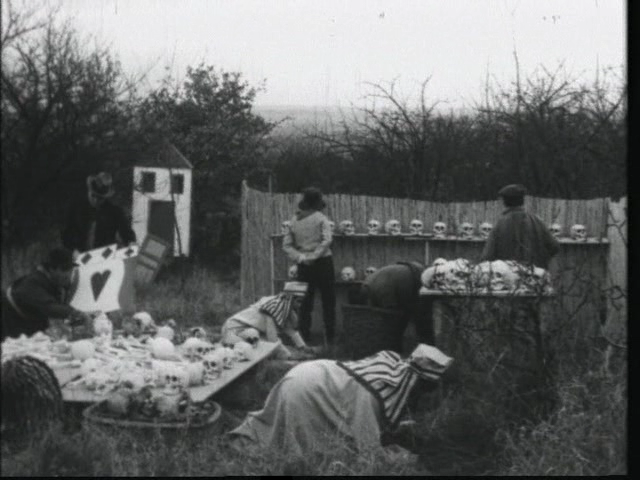 I will recite the film's script while humming it's soundtrack, as accompaniment.

Duvivier's images of Ernst's images paradoxically achieve a completely distinct quality by being extremely faithful to the originals. Nothing can match the authenticity of Ernst's fold-ins of Victorian prints, where everything is equally real/unreal. Ernst's animal-headed men are actual animal-headed men, whereas Duvivier's are men in masks. And his lions and apes are men in ratty-looking pantomime costumes. But that all contributes to the sense of strange rituals, interrupted stories and peepshow dreams. Each shot could be a scene from a Griffith melodrama misremembered under laudanum, a medieval allegory adrift in the wrong century, or a piece of amateur dramatics staged in some mutinous asylum.