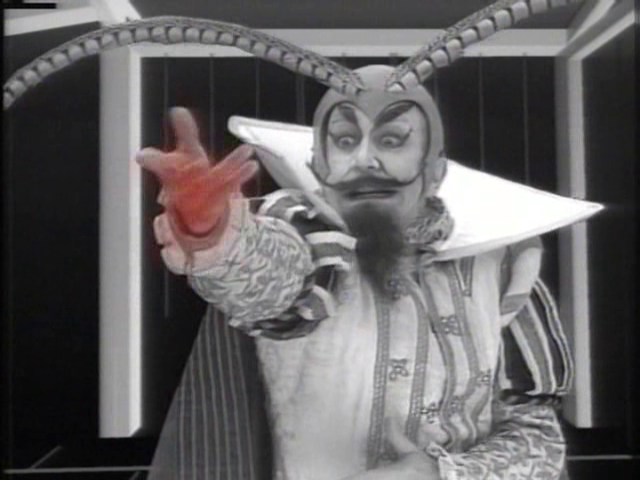 Pierre Etaix is much on my mind, you could say, since I've just written about 9,000 words on him (to be trimmed down considerably, I assure you) for the forthcoming Criterion Collection box set of his cinematic works. Though his last film for the cinema (as director: he has continued to act in films such as Micmacs and Le Havre), Etaix had a brief burst of activity directing for TV in the 1980s, which included one feature, L'âge de Monsieur est avancé﻿, a filmed play which bursts its bounds and includes the audience and stagehand in the drama. It looks delightful, but as my French is at the level of your average two-year-old (and not even a French two-year-old), I can't really write about it. 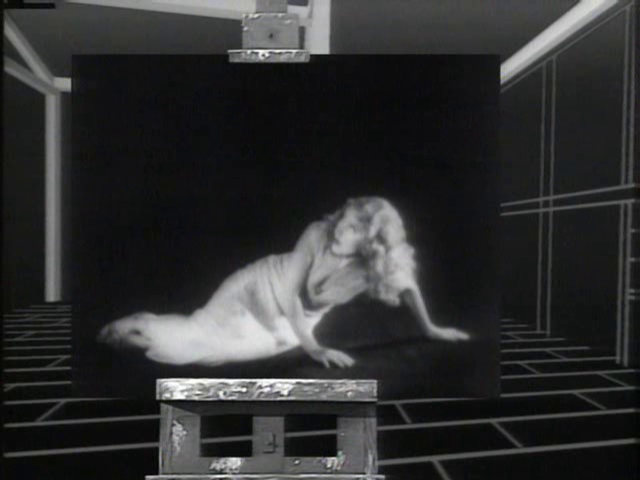 But SEE RANK Le cauchemar de Méliès﻿ (The Nightmare of Méliès﻿﻿), produced the next year for a TV compendium tribute to Georges Méliès (also featuring contributions from the likes of Maurizio Nichetti, Marc Caro and Jean-Pierre Mocky), is entirely wordless, so in theory I have as good a chance of understanding it as anyone.

Like Méliès﻿﻿, Etaix is a magician and actor as well as a filmmaker (he used his prestidigitatory skills swiping wallets in Bresson's Pickpocket). The great Robert-Houdin may have said "A magician is nothing but an actor, playing the part of a magician," but Etaix is clearly the real thing, as you'll know when you see his work. He's a magician playing the part of an actor. He's only pretending to pretend.

Based on an unfilmed scenario by Méliès, but updated in fascinating and perverse ways, it also ropes in Willis O'Brien as posthumous collaborator, since the painting Méliès (played by Christophe Malavoy) produces eventually comes to life as a scene from King Kong. And is then interrupted by a TV commercial for denture cleaner. A true nightmare. All this is accompanied by a score by Stephane Grapelli and rendered in state of the art (for 1988) 3D graphics. So apart from anything else it's a test case: how is the CGI of the eighties looking today? I think maybe it's starting to look pretty cool again, after a long period of seeming cringingly primitive and clunky.

Etaix additions to the source script make Méliès a prophet of the whole history of film, from the greatest special effects film of golden age Hollywood, up to the computerized visions of the present day (1988), and taking in the true nightmare of the television commercial. I love how the ad breaks in, hideously colorful and cheery, disrupting what is already a rather stylistically disparate piece (1900 theatricality, contemporary video effects, thirties stop-motion) almost to the point of disintegration. Here, Etaix anticipates Nichetti's The Icicle Thief, but also follows his own work as a satirist of consumer society, as seen in his features.

In the end, this is a modest little film, an exercise du style from a filmmaker who never repeats himself and always exploits his love of silent cinema in a fresh and experimental way. It's merely the tiniest taster of his work.