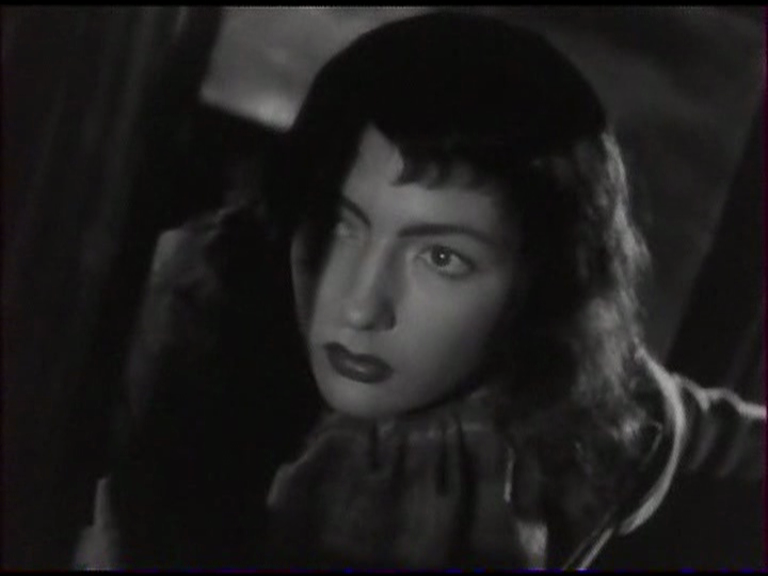 James M. Cain was introduced to the concept of the "love rack" by his friend, screenwriter Vincent Lawrence (Hands Across the Table, Peter Ibbetson). Cain recalled, "I haven't the faintest idea whether this is a rack on which the lovers are tortured, or something with pegs to hold the shining cloak of romance, or how the word figures in it," but he learned from Lawrence that what makes the balcony scene in Romeo and Juliet work is the balcony: the obstacle. The thing which separates the lovers and results in their being tormented with desire.

Cain had the idea of making the love story central to his narrative, rather than being "romantic interest," and to use it to tell a tale of murder. "Murder, I said, had always been written from its least interesting angle, which was whether the police catch the murderer." Cain instead wanted to show the development of a murder plot and a love affair at the same time, turning the screws on the characters and the audience by using the crime to slowly tear the lovers apart.

The result was The Postman Always Rings Twice, first filmed in 1939 by Pierre Chenal as Le Dernier Tournant. And remarkably enough, this version of the story is as gritty an adaptation as any of them, even allowing for Lana Turner's torpedo-bikini in the Garnett version, the graphic body hair of the Visconti, the blasted industrial landscapes of the Feher and the rowdy kitchen table intercourse of the Rafelson. 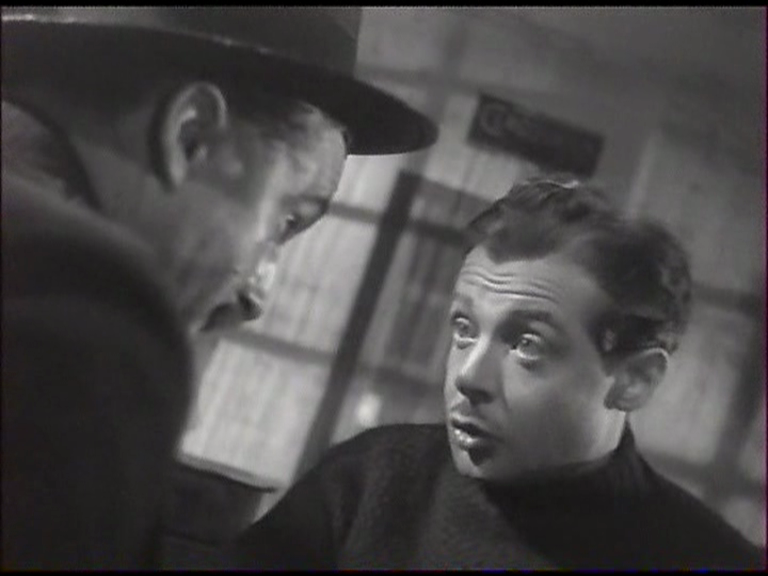 Chenal wasn't the most obvious filmmaker to bring this tale to life: perhaps Clouzot, a few years later, would have been a good choice, and Duvivier, in 1963, made Chair de Poule, based on James Hadley Chase's cheeky rip-off novel (Chase, a Brit with a map and a dictionary of American slang to his name, made a good living for years plagiarizing from American thrillers: Faulkner's Sanctuary became, in his hands, the even more lurid No Orchids for Miss Blandish).

Chenal, who honed his slickly expressionist compositional sense shooting documentaries and newsreels in the early thirties, made La Rue Sans Nom in 1934, which is claimed by some as the first poetic realist films. It's very hard to see, but La Foire des Chimeres (The Fair of Illusions, 1946) and L'Alibi (1937), are both delirious concoctions starring Erich Von Stroheim. There, Chenal excels at a largely studio-bound pulp artifice, where nobody has a proper job (the films bustle with carnival knife-throwers, blind angels, money-printers, gangster-mindreaders, undercover detectives and honorable nightclub hostesses). Chenal has style: he whip-cracks the screen with dutch tilts and wide-angle close-ups, chiaroscuro lighting and sets which have one foot in musical stylization. But how does he fair with the doom-laden world of Cain? 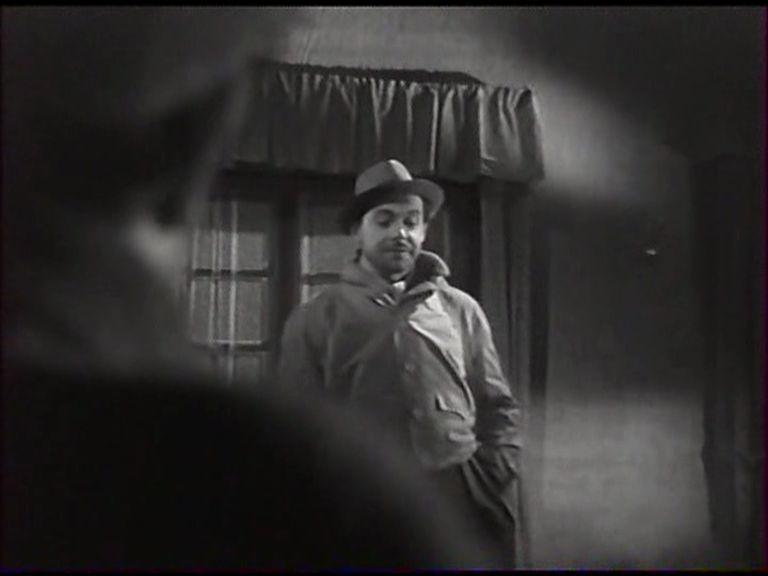 ﻿The answer is, Better than one might expect. He's helped by having Michel Simon as Nick the Greek, Fernand Gravey as anti-heroic Frank, and the sultry Corinne Luchaire as Cora, a femme trè﻿s fatale.

Gravey is surprising casting as a tough guy: he'd just played Johann Strauss in The Great Waltz in Hollywood, after all. Returning to France for this film, just in time for the German invasion, he would spend the next few years dividing his time between movie star roles by day and secret work for the resistance by night. Appropriate double-duty for an actor who can effectively embody the author of waltzes and a James M. Cain adulterous murderer. With a Dick Powell﻿ growth of stubble, he erases his former suavity and makes an effective vagabond/brawler.﻿

Simon makes an award-worthy murderee, always louder than anyone else, always too ebullient for the scene he's in, implausibly oblivious of the sexual and murderous passions erupting around him. His boundless bonhomie, at first touching, becomes more oppressive the closer he gets to his extermination, his bonhomicide. You want him to die just to end his ceaseless badinage and cuckoldry, and you're properly ashamed of the impulse. As always, his fantastically smushed-up face, like a bulldog's skull wearing a mask of dough, exerts the constant fascination due to all nature's miracles. 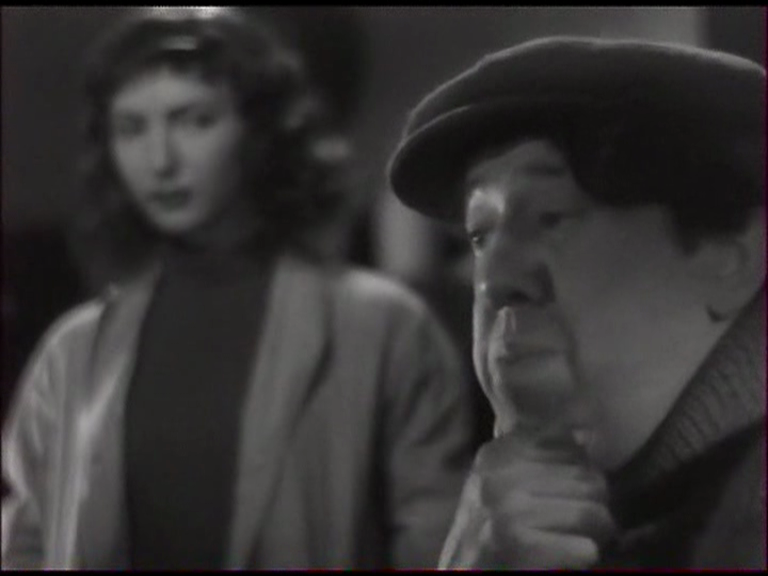 Corinne Luchaire﻿, just eighteen, is the most convincing Cora in cinema, her youth and smoldering looks giving her the edge. She's also a sweater girl comparable to Lana Turner. She embodies the character's fatal hunger for financial security and lust for attractive male companionship, and seems to draw Chenal's camera to her like some new and lubricious form of magnet.

Alas, Luchaire's war record was not as good as her co-stars' -- after the liberation﻿ she attempted suicide, and was she was sentenced to ten years of "national indignity," on account of her associations with the Germans and her father's work as collaborationist newspaper editor (for which he was executed). She died of tuberculosis at the age of twenty-eight. Le Dernier Tournant stands as a testimony to her beauty and talent.

(Chenal spent the war in Argentina, where he was able to continue making films. The producer of Le Dernier Tournant, Emile Natan, was a Romanian Jewish emigré﻿ and was stripped of his French nationality during the occupation. He fled the country, and came back as a liberator.) 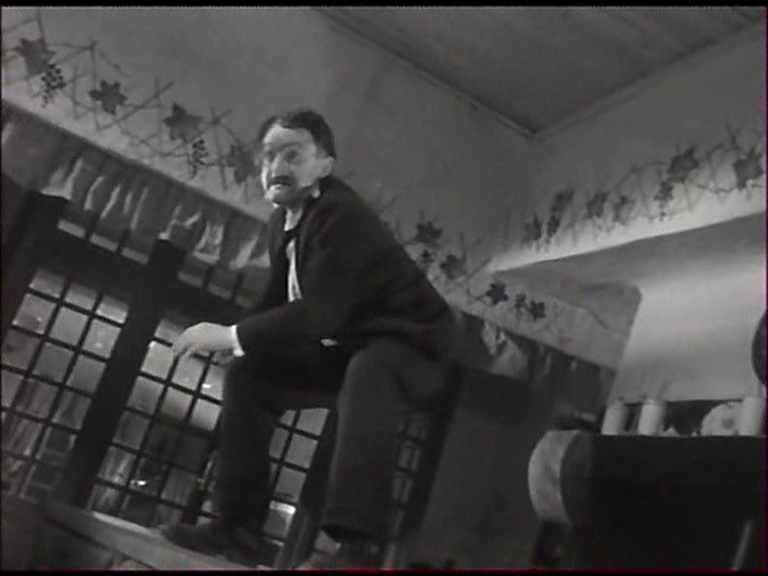 Chenal's visual approach isn't wholly consistent. He creates a convincingly grungy and overcast world around the garage, situated at "the last turning," a phrase which resonates throughout the twists of the plot. His characters are believably low-class and surly, and if the performances are slightly "on-the-nose," with the deceiving lovers rather telegraphing their emotions over the head of Simon and into the audience, the tension is nevertheless effective.

The expressionistic flavor blends well with the realist timbre. A fight between Gravey and a weaselly blackmailer becomes a visual cacophony of canted angles, clashing against each other like vehicles in a multi-car pile-up. It's only when he leave the garage that Chenal's tendency to romance gets in the way. The hospital where Simon is treated for skull fracture is an impossibly elegant all-white clinic, streamline moderne with translucent beds, like an ocean-liner bound for the afterlife, or Shangri-La. Gravey's brief liaison with a sexy blonde lion-tamer feels a little bit too much like an idyll in another movie, so far removed from the world of noir that it becomes simply unbelievable. And the cutaway shots of the lion cub always feel like surreal eruptions, fragments spliced in at random by some mischievous projectionist. 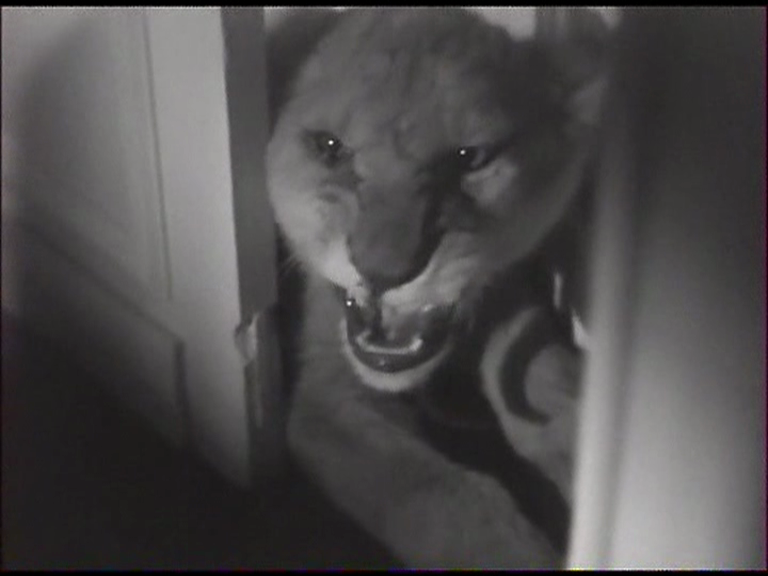 Still, the film is strikingly faithful to Cain, and gets away with its final stylized set-piece, an elaborately solid prison through which the camera nevertheless glides, wraith-like, passing through walls as though their were mist, finally slipping between the bars of a cell window to greet the rising sun which spells death.

The Forgotten is a regular Thursday column by David Cairns, author of Shadowplay.﻿ ■﻿