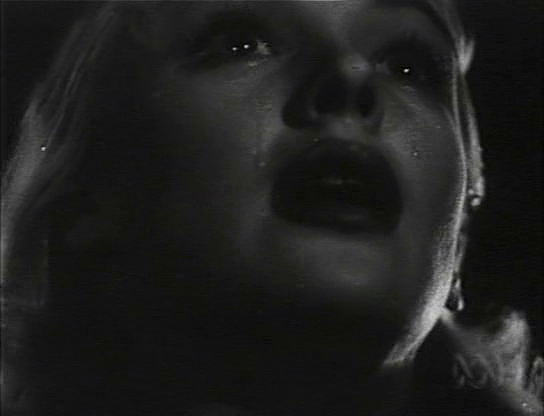 This time on The Forgotten, we've made the film under discussion available to watch, for free, below.

1948 was one of the great years of British film, with Powell & Pressburger, David Lean and others on top form. Terence Fisher, later to make his name at Hammer (Curse of Frankenstein, Horror of Dracula, etc.) was only just beginning his career, but he began it well: soon he would co-direct the gripping Hitchcockian yarn So Long at the Fair (1950), but before that came 40-minute short subject To the Public Danger, a thriller revolving around drunk driving.

As four characters meet in an English roadhouse and begin the kind of inebriate evening people fresh from WWII seemed to take in their strides, recklessness and arrogance leads towards inevitable doom, with the boozing accompanied by bullying, seduction, class prejudice, cowardice, paranoia and a slew of other unattractive qualities. The result is not so much mounting tension as an oppressive, agonizing sense of suffocating anxiety and unpleasantness.

This is the world of writer Patrick Hamilton, specialist in psychological torment (Gaslight), nerve-shredding anxiety (Rope) and alcoholic madness (Hangover Square). Few other writers can abuse their protagonists, and their public, with such merciless cruelty, while displaying at the same time a pained compassion for life's victims.

To the Public Danger is adapted from a BBC radio play by Hamilton, and abounds in sharply-drawn detail, mostly delivered as dialogue: it must have made a gripping listen, and if the film has a flaw, it's that nearly every effect is achieved by sound and voice. Still, Fisher serves up some nice nocturnal joyriding, all via rear projection of course, but with some intense low angles from under the steering wheel. 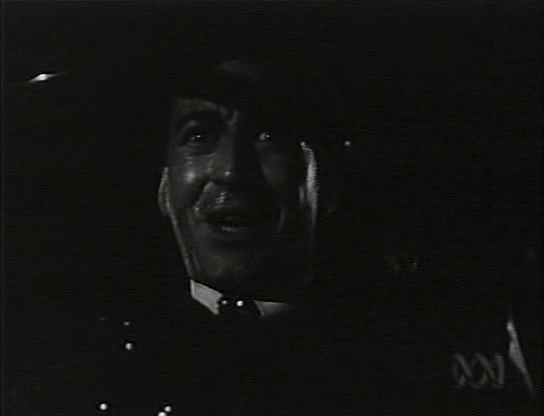 The premise may make the film sound like a Public Information film about highway safety, and it does have a socially redeeming function, but derives its power from the vicious interplay of its quartet of dysfunctional character. Dermot Walsh is the loathesome Captain Cole, ex-army snob, manic boozer and bully; Susan Shaw is the beautiful blonde with a heart of brass; Barry Letts her milquetoast mark who must locate his backbone amidst the drunken maelstrom; and Roy Plomley the utterly sloshed Reggie, whose main contribution is adding to the general confusion. The script very sharply delineates their varied reactions to an apparent hit-and-run accident during which Shaw was holding the wheel while Walsh, in the driving seat, was lighting a cigarette.

Hamilton was a strange, tormented man: he seems to have formed an obsession for the actress Geraldine Fitzgerald, before she became a Hollywood star, and apparently stalked her. Then he immortalized her as the awful Netta in Hangover Square, who torments the drink-fuddled protagonist until he murders her. Not much of that survives in the eventual movie version. Shaw's character here is another Netta: superficially alluring, but quickly repellant as her shallow, immoral, stupid, vulgar and mean personality is exposed. Hamilton knew how to hate.

Fisher's style tended to be straightforward, blunt, at times crude, suiting him to Hammer's penny dreadful approach. While British cinema was supposed to favor restraint and discretion, Fisher dealt with things head-on, however unpleasant. The impressionistic flurries of montage with which he suggests car accidents here, all screaming and flash-cuts and onrushing trees, suggests the savagery that would eventually birth Christopher Lee's mush-faced Frankenstein creature, looking, as one reviewer wrote, "like a road accident." 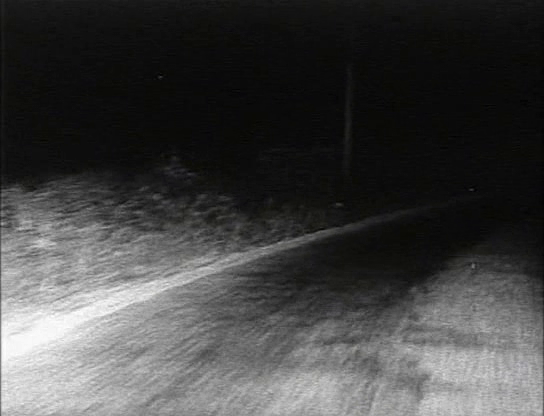 The big strange irony is that both Hamilton and Fisher were, seperately, victims of hit-and-run accidents while walking home from the pub. Hamilton's horrific smash-up in the late twenties, in which his nose was torn off, no doubt influenced this cautionary tale: Fisher's two serious accidents were still ahead of him.