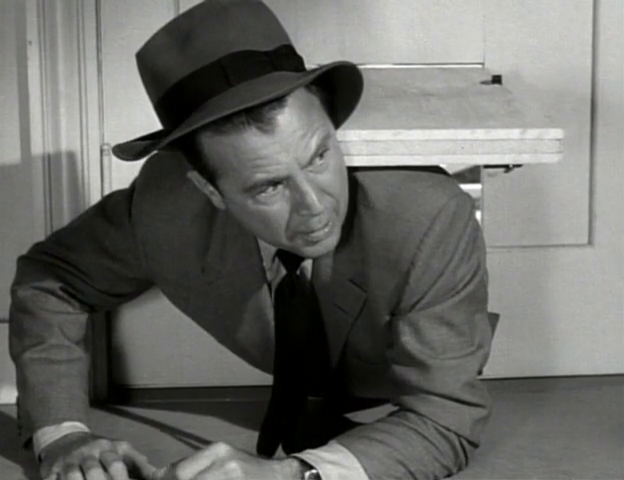 1951. Film noir's focus on post-war malaise﻿ may be winding down, but Dick Powell, the moon-faced crooner who reinvented himself as a tough guy in Murder, My Sweet, still has one private eye role up the sleeve of his shabby raincoat. But You Never Can Tell is not like other private eye movies.

Beginning with a far-fetched premise—cracker tycoon leaves fortune to dog—Lou Breslow's movie swiftly plunges into full-on derangement, as the dog is reincarnated as a detective and tasked with solving his own murder, assisted by a reincarnated lady horse. Most of what follows is merely agreeably goofy, but the sequence setting up the supernatural premise is so bizarre it should not be shown to anyone under the influence of anything stronger than Kibble.

Experimental cinema was alive and well in 1951. The "special photography" of David S. Horsley, a Brit, gives everything an embossed quality, even the mammoths.

Oh, about the post-war malaise part: the plot hinges on the fact that the lead suspect has a history of animal cruelty, beating dogs in the K9 unit during the war. Surely this idea would have been disturbing to audiences at the time? The army was so short of dogs that families donated their pets, so hearing that they may have not only been put in danger as part of their duties, but beaten as part of their training, must surely have been upsetting? 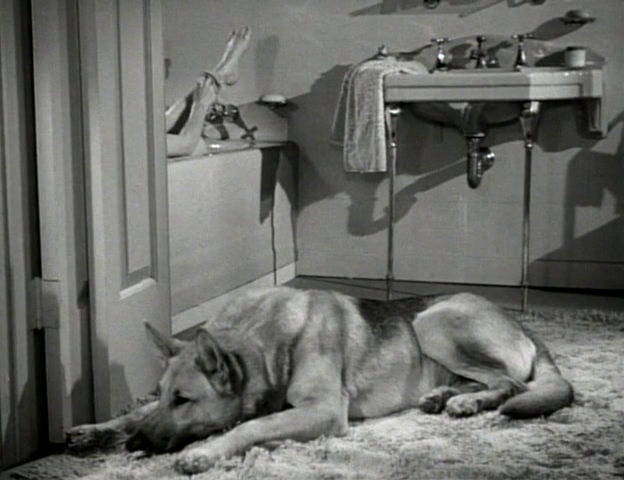 The other most disturbing moment is when Joyce Holden, playing "Golden Harvest," a racehorse returned to earth as a blonde Southerner, goes to meet some Bessarabian stallions, just to be sociable. Offscreen neighs, and she swiftly retreats in speeded-up motion, hoofbeats accompanying the movement of her high heels, a look of outrage on her face. "Those darned Arabs!" she snaps. Racist, sexist and bestially obscene, all at once: and delivered in complete innocence, in another era.

By the time you're reading this, the problem may be fixed, but when I search for Mr. Breslow on the IMDb, I get a weird, jokey error message: "He's off the map! He's off the map!" A quote attributed to The Eternal Sunshine of the Spotless Mind. It's all very strange, as befits this film. 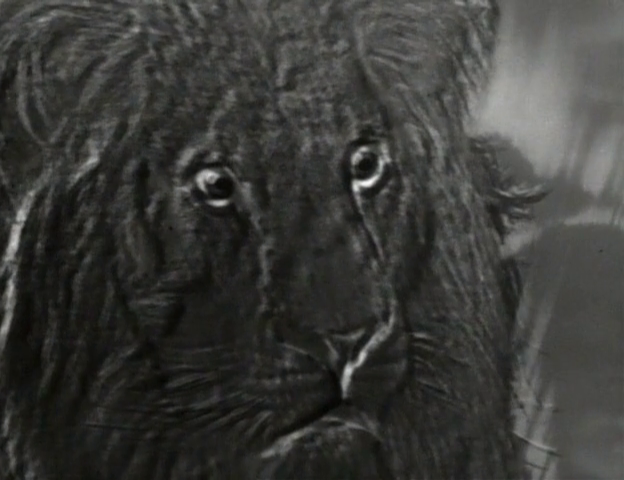