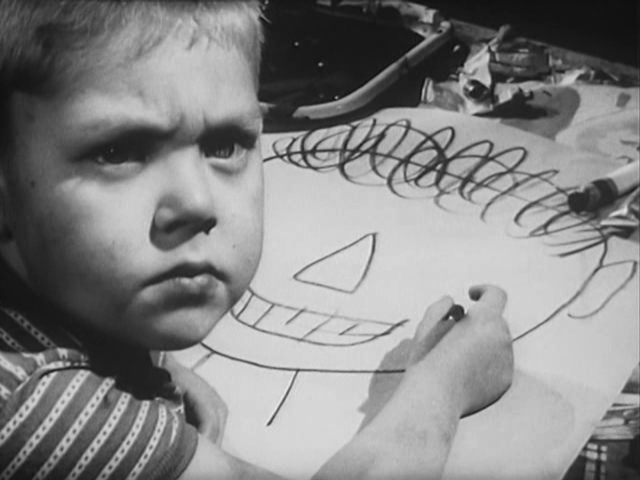 Basil Dearden, recently celebrated with an Eclipse box set of his London crime dramas, was almost unique in the early part of his career (the forties and fifties) for trying to look at working-class life in Britain and examine the issues affecting it. Unlike the later "kitchen sink" realist films of the sixties, mainly adapted from plays and novels, Dearden tended to work from original screenplays, and he tended to use genre to sweeten the pill of social commentary.

Violent Playground (1958) is one of his best, and it shows both the strengths and weaknesses of Dearden's approach in great detail. One of the director's quirks, picked up at Ealing, was a fondness for films which interwove multiple storylines (Train of Events, Pool of London), rather like John Sayles, allowing a panoply of a particular time and place to emerge, but sadly limiting the development of each storyline. Fortunately, in Violent Playground,  the screenplay by James Kennaway (Tunes of Glory) confines his narrative to a single main strand. 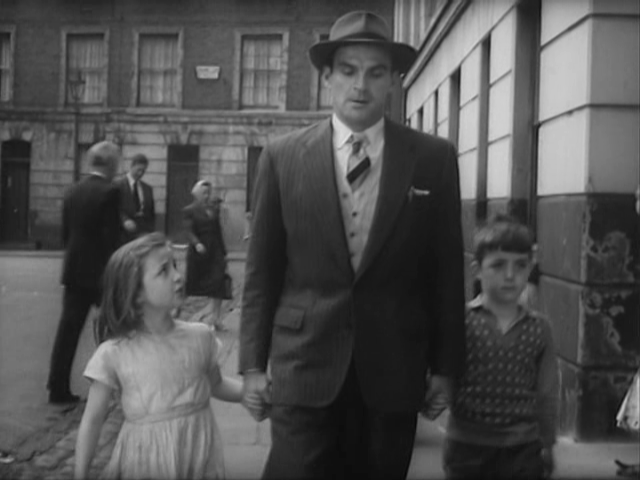 Hard-boiled copper Stanley Baker (the first authentic working class ﻿ British leading man) is reassigned from a tricky arson case (no regular motive: "It's more like a kink") to fill in for a juvenile liaison officer. His brutish ways are challenged by the demands of a job where winning hearts and minds is more important than making arrests. His new role is "to prevent the second crime."

Of course, the task scolding tiny shoplifters soon leads him, via effective plot contrivance, back to the arson case, and a disaffected youth (gaunt, callow David McCallum) whose only moment of satisfaction came from rescuing a sibling from a house fire. Now he recreates that thrill by torching warehouses. Baker tries to reach out to the young gang leader, but things are complicated by his romance with the boy's sister (Anne Heywood).

The film quite successfully weaves a lot of speechifying and compassionate argument into the narrative. There's perhaps too much of this to satisfy our modern sensibilities: "well-meaning" is now about the worst thing you can say about a film, it seems. The bigger problems, for me, lie in the compromises the film's realism has to make to accommodate the requirements of genre and middle-class taste. 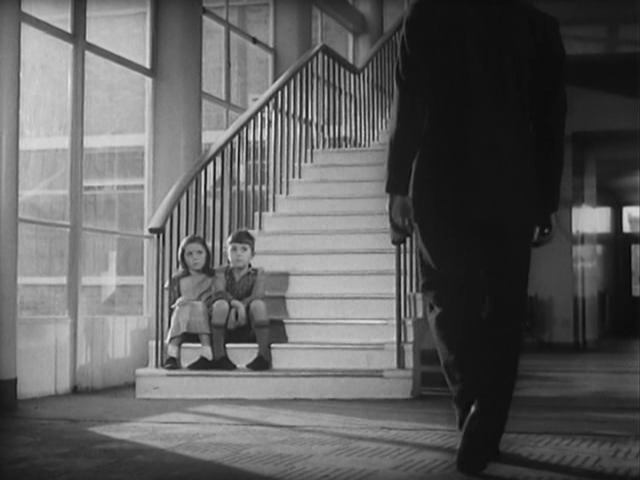 Obviously, the assemblage of a reasonably taut thriller necessitates some artificial compression and the tying together of disparate elements which in reality would probably remain unconnected. This has the effect of making the city setting seem implausibly underpopulated: there's a large-ish cast of characters, but they keep bumping into each other. But that's forgivable.

More awkwardly, the film is set in Liverpool, with substantial location filming, but it's been almost purged of Liverpudlian accents. The city's large Irish population allows McCallum and Heywood to trot out their RADA stage brogues, which hampers their performances considerably, but presumably not as much as the unfamiliar scouse, in those pre-Beatles days. 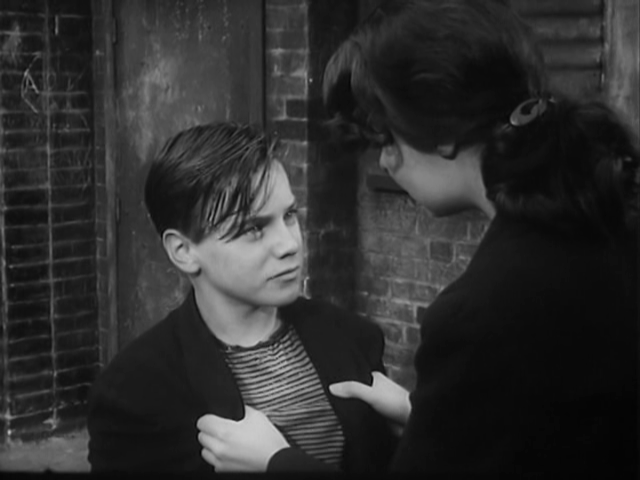 There's one scouse copper, and there's little Freddie Starr, future wild-man TV comedian, as a wondrously authentic tyke. The rest are a gratifying mixture of regional variations, which is certainly preferable to the all-pervasive mockney which had to stand in for the entire non-U populace of the UK in those days.

Baker, who's Welsh, brings his macho authority and a hint of his neurotic sensitivity to his role, staring out from those uncannily wide-spaced Na'vi eyes. Made just as Hammer films were starting their Gothic era, the film features Peter Cushing in one of his last non-horror, non-villain roles, as a shrewd priest, Melvyn Hayes (the young Baron Frankenstein) as a pint-sized hooligan, and Tsai Chin (Fu Manchu's sadistic daughter). So it anticipates the coming of social realism even as it fails to anticipate the means by which some of its cast would be earning their bread and butter (with lashings of red, red jam) in the near future. 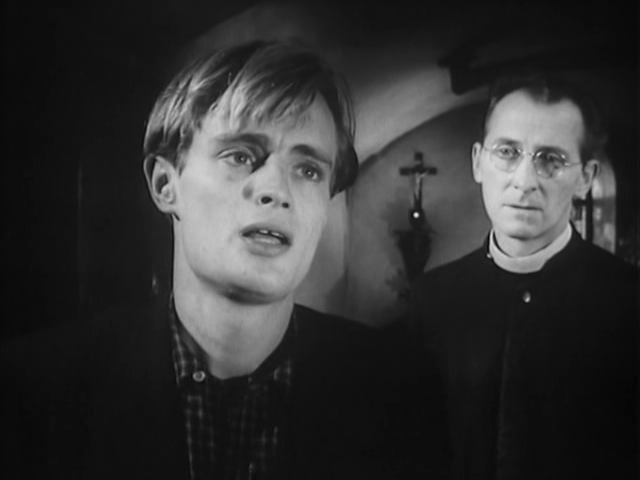 Dearden was intermittently a very fine director. He took too many jobs he should have turned down, and doesn't always seem fully committed. But here, he pushes and pulls his camera aggressively through the action, creating a vigorous dance between the actors and the moving POV. There are almost no scenes where people simply talk in shot-reverse shot: a favorite trick is for McCallum, say, to pace towards the back wall, dragging the fascinated camera past, say, Cushing, then spin around and walk back, pushing us back into another two-shot, passing Cushing and glowering at us close up, while his co-star looks over his shoulder. Then back again, maybe with the camera stopping on Cushing this time. The actors drag the camera and pass it on, relay-fashion, or it seizes them with its beady eye and stalks in for a closer look. Dynamic, forceful, and evocative of danger.

The Man from Funkle from David Cairns on Vimeo.

The film also features THIS, which I don't know what to make of. Some of the finest eccentric rock 'n' roll prancing outside of Oliver Reed's dance floor thrusts in Beat Girl or Dirk Bogarde's wild boy gesticulations in The Sleeping Tiger. With an emotional subtext that's... beyond masculine.