"At least you can see they're really trying to make a good festival," commented, with typical dry wit, one of the (very) few international colleagues the Brigade considers at least something of a crypto-Ferronian. Hard to argue with that, as Locarno's program still shows the signs of having to battle back and forth with the two heaviest lifters on the festival calendar, Cannes and Venice—yet mostly, the Ferroni Brigade had a grand time this year.

Of course, more often then not, when dispirited acquaintances met a merry Brigadier in between screenings, the answer to their inevitable question would be: "Coming from (and returning to) a retrospective, of course!"—but also among new films, we ended up with more truly interesting stuff than in the previous year. Not all of it true donkey material, for different reasons. Nevertheless, there were quite a few Ferronian pleasures out there, some of them more touching than others, although we most regretted to miss both Abel Ferrara's infamous concert on a rainy Piazza night as well as his jam-session the day after in our favourite Osteria. Tears of youthful recognition welled up in our eyes when only a few minutes into Aoyama Shinji's moving, undervalued Tokyo koen (Tokyo Park)—one of two competition noteworthies that ended up with a special career award that seemed more a consolation prize—a character declared: "Three months ago I stopped watching horror movies to see only religious movies. But then, thanks to maestro George A. Romero, I realized that all horror movies are religious movies." We fought tears of empathy as we learned the stuffed donkey in (Best First Film winner) Nana was director Valérie Massadian's own. (Note to aspiring filmmakers: That's the way to go! Don't try to lure the Ferronians by merely putting a donkey in your film or its title, as long as you're missing the asinous point. It's not about us, it's about yourself. Reconnect with the inner donkey from your childhood!) And finally, we had to give in to sobs upon encountering the heartfelt dedication to late Ferronian icon Jane "Christians have big breasts, too!" Russell in the finale of João Rui Guerra da Mata's and João Pedro Rodrigues' fine short (and involuntary John Milius tribute) Alvorada vermelha (Red Dawn). However, there was not a moment of hesitation as to who would get the main award. 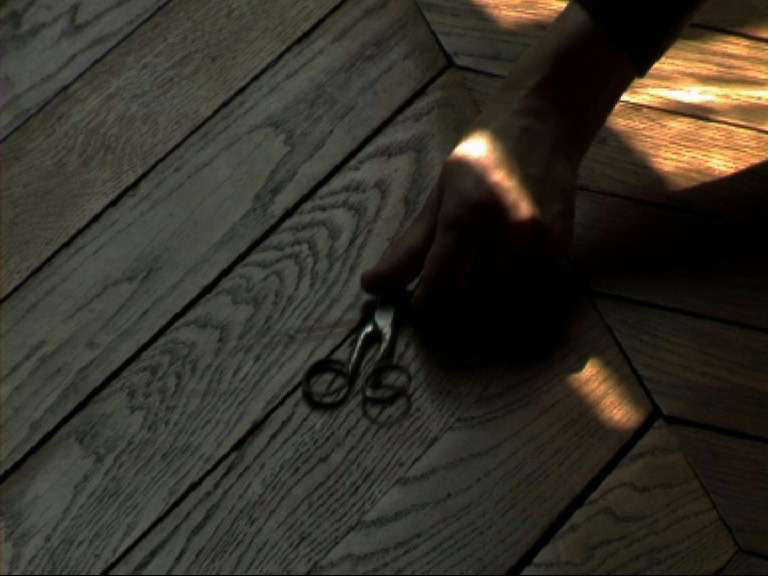 And the Golden Donkey Goes to: Schakale und Araber by Jean-Marie Straub

"Foul!", some may be tempted to cry—or, more accurately: "Foal!" Admittedly, at 11 minutes, this most staggering of the three terrific new shorts by uncompromising master Straub (one of them part of this year's Jeonju Digital Project), technically would only qualify for a Golden Donkey Foal, but make no mistake: This is a full-grown donkey! Apart from two-time Golden Donkey winner Mišen' (Target, 2011) no film this year has been so continually surprising—and rich.

On repeated viewings, Straub's brilliant condensation of one of Kafka's more mysterious short stories has only become more mysterious itself, even as its point couldn't be clearer: As an acerbic look at the relationship of Western and Arab worlds this is one of the most timely films around. (It certainly would make an interesting double feature with the other competition notable: Nadav Lapid's muscular special jury prize winner Ha-shoter [Policeman].) Yet, Schakale und Araber couldn't be more timeless, making Kafka's ambiguous allegory even more complex by stripping away the "narrative" bridges and heightening the levels of transference. An invocation of the desert-set original etched into a European residence, presented with a singular sense for the essential sharpened over time—that scissors close-up!—down to the dialogues rippling with further layers of refracted meaning: "Wunderbare Tiere! Aber wie sie uns hassen!" Every inch of the screen is ablaze, and despite being prefigured in some ways be the great Corneille-Brecht ou Rome l'unique objet de mon ressentiment (2009), this is an astonishing achievement even within the refined Straubosphere, certainly making the veteran iconoclast all the more deserving of being the first person to actually win two Golden Donkeys for two different movies. 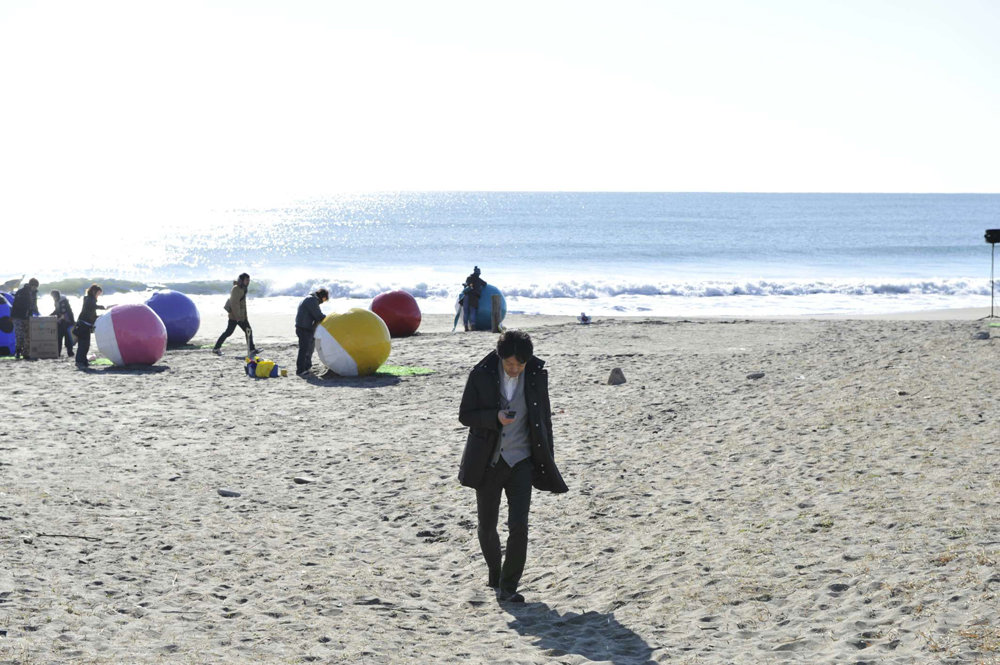 A Silver Donkey Foal goes to NINIFUNI by Mariko Tetsuya.

The title comes from a Buddhist concept (usually translated as "two [in phenomena], but not two [in essence]"), and in Mariko Testuya's neglected 42-minute fuori concorso contribution two stories from contemporary Japan intersect—an amusement arcade robbery and its (suicidal) aftermath; the shooting of a garish pop music video. With every frame, movement and cut precisely judged, this is both attuned to the materiality of the present moment and to spiritual resonances (or the horrible void surrounding them): a work that indicates a major talent. 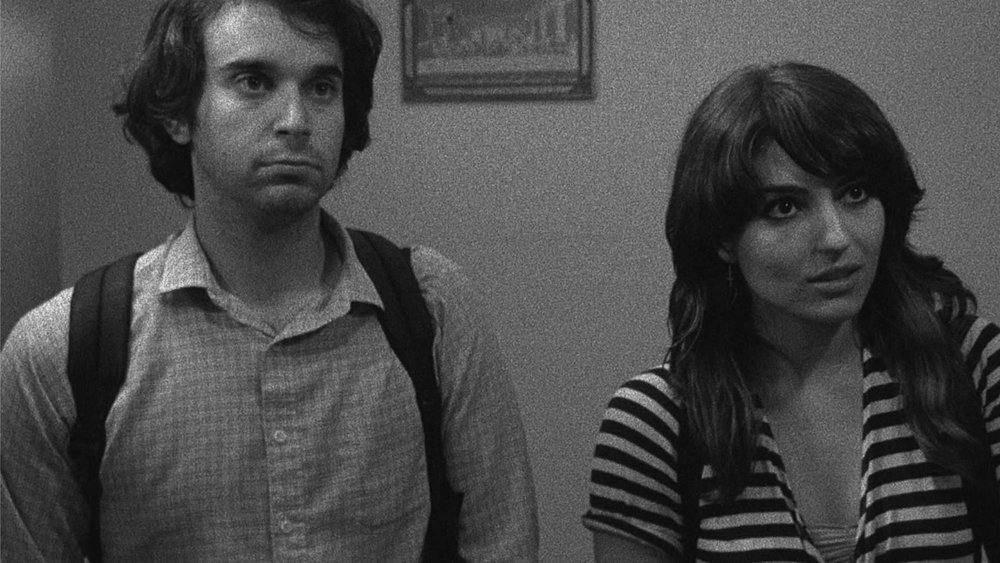 Despite superficial resemblance in appearance—a few even misguidedly evoked the dreaded m(umblecore)-word, which usually sends the Ferronians into nightmares (that then, thankfully, at least may involve the godly Greta Gerwig)—the second feature of Alex Ross Perry has much less in common with contemporary US-Indiedom than with the near-forgotten magic of classical comedy: what may sometimes appear as a haphazard stroll into inspired faux-vérité character comedy basically betrays a carefully constructed screwball perversion, which nails the targets with superb sniping in the dialogues and con brio timing—not least when it comes to bringing out the actual pain underlying the corrosive humor. To quote an irrefutable authority on the subject, W. C. Fields: "It ain't a fit night out for man or beast", but especially (and more to the point): "I never saw anything funny that wasn't terrible. If it causes pain, it's funny; if it doesn't, it isn't." 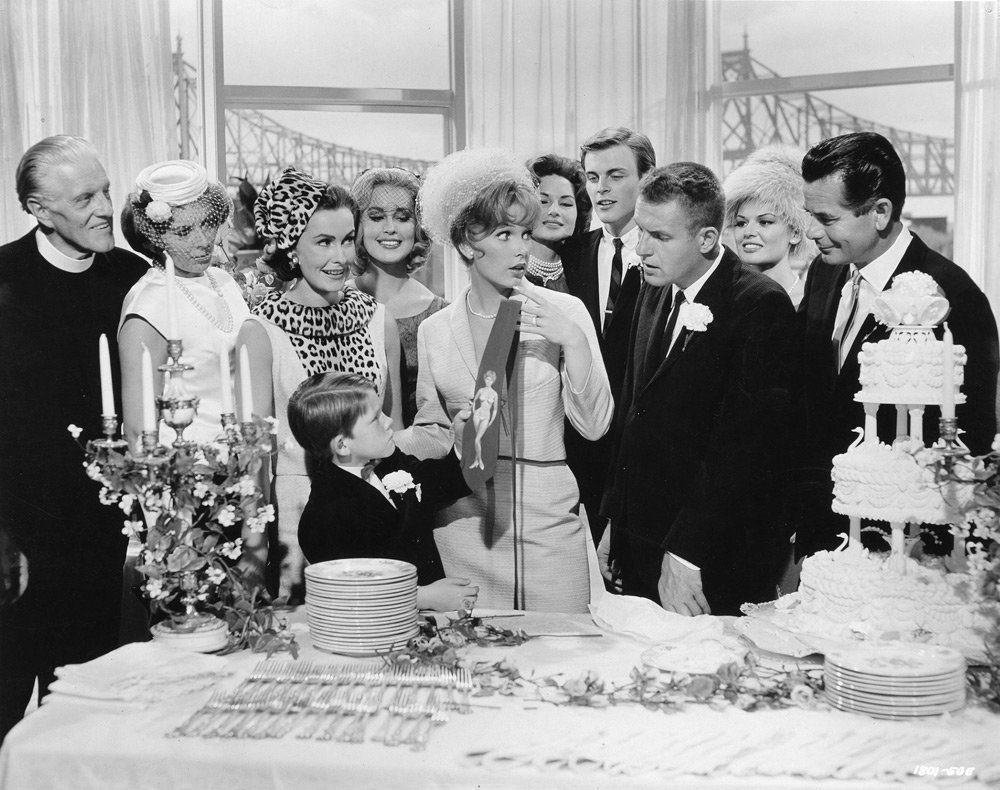 Let's stay on subject for a moment: comedy that actually hurts, a subgenre dear to the Ferroni Brigade, and best understood in its still mostly unimagined, wide-ranging dimensions by considering the late, great Blake Edwards' crowning masterpiece The Party (1968) for what it is—the film Bresson always was aiming for, but never quite found within himself. One striking aspect of The Color Wheel was how it seemed to align itself with the laudably complete (like last year's Lubitsch)﻿ Minnelli retrospective of Locarno: Reversely, in the light of recent crises, the critique of Minnelli's comedies proved all the more pungent—clearly, as a definitive (and defining) cinematic encapsulation of the 50s, The Long, Long Trailer (1953) is to the beginnings of consumer culture what Kiss Me Deadly (1955) is to the fear of the atomic age. It was most rewarding to finally see this hilarious horror romp on the big screen in all the glory of its sickly Ansocolor hues (even watching it twice, despite the pleasure occasionally being slightly diminished by the digi-beta screening—along with Undercurrent, Minnelli's casually unusual 1946 entry into the era's marriage-murder-melodrama-melee, the only dropout in what was otherwise a celebration of 35mm-glories, mostly in the ideally suited, old-style, uniquely comfortable Ex*Rex cinema). Yet the most unexpected discovery of the Minnelli retrospective turned out to be The Courtship of Eddie's Father, the fearsome finale of his cycle of comedies commenting on the installation of a capitalist system as we still mostly know it.

Of course, merely considering its inauguration with popular favourite Father of the Bride (1950), whose culminating church nightmare gives Sirk more than a run for his money (and, just to clarify, the Brigade unconditionally endorses Sirk. Also, Bresson), we might have been warned that this supposedly cute and charming proto-sitcom starring the family-friendly-entertainer combination of past action hero Glenn Ford and future Uwe Boll admirer Ron Howard is something else. Like at last year's encounter with Donen and Kelly's It's Always Fair Weather (1955) in Bologna, the Ferronians instead were confronted with unrelenting toughness, the often joyful veneer and upbeat resolution barely registering amidst the profusion of melancholy themes, critical asides and dark digressions that form the actual core of this concoction, tenderly yet mercilessly magnified through Panavision. Although everything is wrought with the uncommon delicacy and multifaceted sense for detail characteristic of Minnelli, what truly remains in mind are the scary spots piercing the family dynamic—from the father's black night of the soul when his faraway son goes missing, to bits like the naturally and affirmatively beamingly delivered small-talk assertion: "I'll just go home and drink myself to sleep."

That Locarno 2011 indeed was in the sign of Minnelli was accidentally proven by our plane reading: On the way there, we joyfully delved into a recently provided copy (thanks, Mr. Peranson) of "Zeroville" by Steve Erickson, an author the Ferronians have long cherished. Once more, it's strongly recommended reading, and provides us with another chance to bring up John Milius (another circle closes), a major supporting character in this fabulous film-obsession-fever-dream book, appearing under the eminently Ferronian moniker "Viking Man" to boot! Even better, the novel's main character Vikar (another Ferronian thumbs-up) is overjoyed upon arrival in Hollywood to work with two great auteurs on late projects—and in a typical running gag remains puzzled throughout as a new generation of film people fails to respond accordingly to this information. One of those films, it turns out, is none other than Minnelli's transporting time-travel musical On a Clear Day You Can See Forever (1970), a gloriously head-trippy late widescreen wonder, as witnessed on the Ex*Rex screen only two days later.

Encountering Minnelli's often underrated late phase in a cinema proved especially rewarding, as we recently enjoyed a partial retrospective at home (is it even possible to not enjoy a Minnelli retrospective?), but were also left unsatisfied. Basically, that selection made one see why Minnelli is canonized, even considered a master in certain areas, but accessing the whole work (barring 1943's I Dood It, which played only once before our arrival—and is the one film Minnelli himself dismissed) in Locarno allowed for a full understanding of why he's a master, which includes everything, whether the devastating exhilaration of the celebrated ball sequence in Madame Bovary (1949), the bar-finale of the impishly illusion-twisting Brigadoon (1954) anticipating the ending of Buñuel's Simón del desierto (Simon of the Desert, 1965), or (not sorry, haters) Walter Matthau's holy "Hungarian accent" in Goodbye, Charlie (1964). That much-maligned sex farce, together with The Courtship of Eddie's Father, which caps the entry into the last career phase after the previous year's one-two punch with the mise-en-scène-apotheosis The 4 Horsemen of the Apocalypse and the caustic cine-world update Two Weeks in Another Town, also seems necessary to clear the way for Minnelli's fabulous final "woman's film"-triple-bill, the proto-feminist spiritual study The Sandpiper (1965), On a Clear Day You Can See Forever and A Matter of Time (1975), one of that very special circle of last films which would also include Dreyer's Gertrud (1964), Ford's 7 Women (1966) or Staudte's Zwischengleis (Yesterday's Tomorrow, 1978). After staggering out of the cinema with this perfect ending, the same afternoon on the flight home we discovered the following passage in "Whatever Happened to Robert Aldrich?" by Alain Silver and James Ursini, in their invaluable listing of projects developed by Aldrich that never came to fruitition: "Film of Memory: based [on] a novel by Maurice Down, optioned briefly from MGM and to be scripted by Christopher Knopf for a $2,350,000 co-production with Carlo Ponti to star his wife, Sophia Loren. After several months of negotiation, it was dropped when Aldrich was "unable to find ANYONE who shares my considerable excitement about the potential..." Eventually directed by Vincente Minnelli and starring Liza Minnelli and Ingrid Bergman."