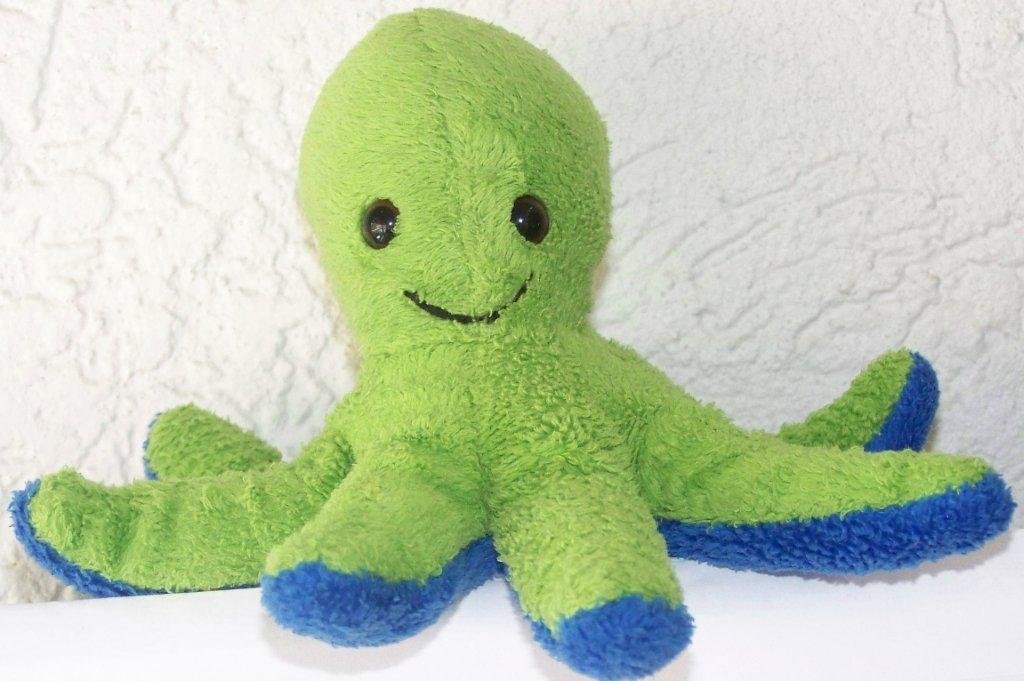 IS SOMEBODY LOOKING FOR HIS STUFFED TOY OCTOPUS? DOES ANYBODY KNOW A MAN MISSING A PLUSHY DARLING?

We found this poor creature in the men's room of Rotterdam's Cinerama right after a screening of some serious Brazilian smut-fest, Jean Garret's Fuk Fuk à Brasileira (1986). It was lying around there looking lost. There was nobody else at the pissoirs. The stalls proved empty. Someone was obviously so lost in his own sweet or sour self that he forgot his stuffed toy octopus! What could he have been thinking about for this to happen?

Could he have contemplated the programmers' collective nastiness which made them select a film in which, as we were told, a donkey gets slaughtered en detail and for an extended period of running time? And no, we won't mention the title here knowing only too well that this might encourage some sickos to search out this...this...this abomination﻿. But: We'd like to thank all those we met and who told us immediately that we should avoid at all cost this horrendous ass-assination-act.

Could he have glumly pondered the chances of seeing something worthwhile in the Tiger competition? Which—﻿﻿as far as we can say and heard from others—﻿﻿was a tad better than usual and even sported two genuinely commendable works—﻿﻿Kleber Mendonça Filho's O som ao redor (2012) and Vasilij Sigarev's Žit' (2011)—﻿﻿plus the weird experience of a business-as-usual ROK-indie shot in 3D for no discernible aesthetic reason (Mulgogi, 2011; dir: Park Hong-min). That said: After seeing Bábis Makrídis' L, co-written by Giórgos Lánthimos & Athiná Rachél Tsangári-regular Efthímis Filíppou, our sole thought was: With the directors of Alpis and Attenberg you can go to bed as well as to war—﻿﻿while L's would make for a nice neighbor whom one could ask for a cup of sugar once in a while. Read: Never put your hopes too high too quick at the fleeting sight of something good where only mediocrities are to be expected—﻿﻿we'll talk some more about that apropos the Berlinale...

Could he have wondered about the whereabouts of fine and very IFFR'y films such as: Vimukthi Jayasundara's off-kilter mix of Bengali realism and his own brand of Sinhala-symbolism on the verge of collapse, Chatrak (2011); Jaume Balagueró's meditation on the über﻿quisling more ordinary done as an exercise in suspense cinema, its trappings and makings, Mientras duermes (2011); Michael Dowse's Goon (2011), the crowd-pleaser for advanced audiences such as (purportedly) Rotterdam's; or Wakamatsu Kōji's somnambulant re-visitation of images, landscapes, story elements from his own works ancient, Kaien Hotel · Blue (2012)?

Could he have blown his brain with his wad as would befit a quick wank after Jean Garret's pornochanchada brut brimming with explosive-cigar-up-the-butt-crack-, toilets-gurgling-with-shit-, dildos-from-outer-space- and babbling-horse-jokes galore in-between rustic scenes of vigorous, rigorous and righteous shtupping—﻿﻿surrealism as surrealism can?

Could he have left his eight-legginess there on purpose, which would make our new friend something like an orphan?

Or... or did he who lost his stuffed toy octopus (let's discard this last option immediately, for who'd want to get rid of such a sweety?) maybe, maybe, maybe, maybe think about nothing at all?

Life is full of mysteries.

We encourage you, dear reader, to tell us: What has to happen for a man to forget his stuffed toy octopus on a movie house's toilet?

(Okay, there's one detail to his cuddliness which we didn't mention yet that might explain a few things. But: We can't say everything right here and now because we need something to ask people when the moment of truth comes.)

All of which sounds as if we'd had a lot of fun this Rotterdam. And indeed we did, even if only one brigadier, TO1..., comrade Möller could stay for the whole clip—﻿﻿TO1..., comrade Wurm, only made it for an extended week-end while TO1..., comrade Huber, was locked down back home due to yet another upper-echelon-notion at his newspaper. 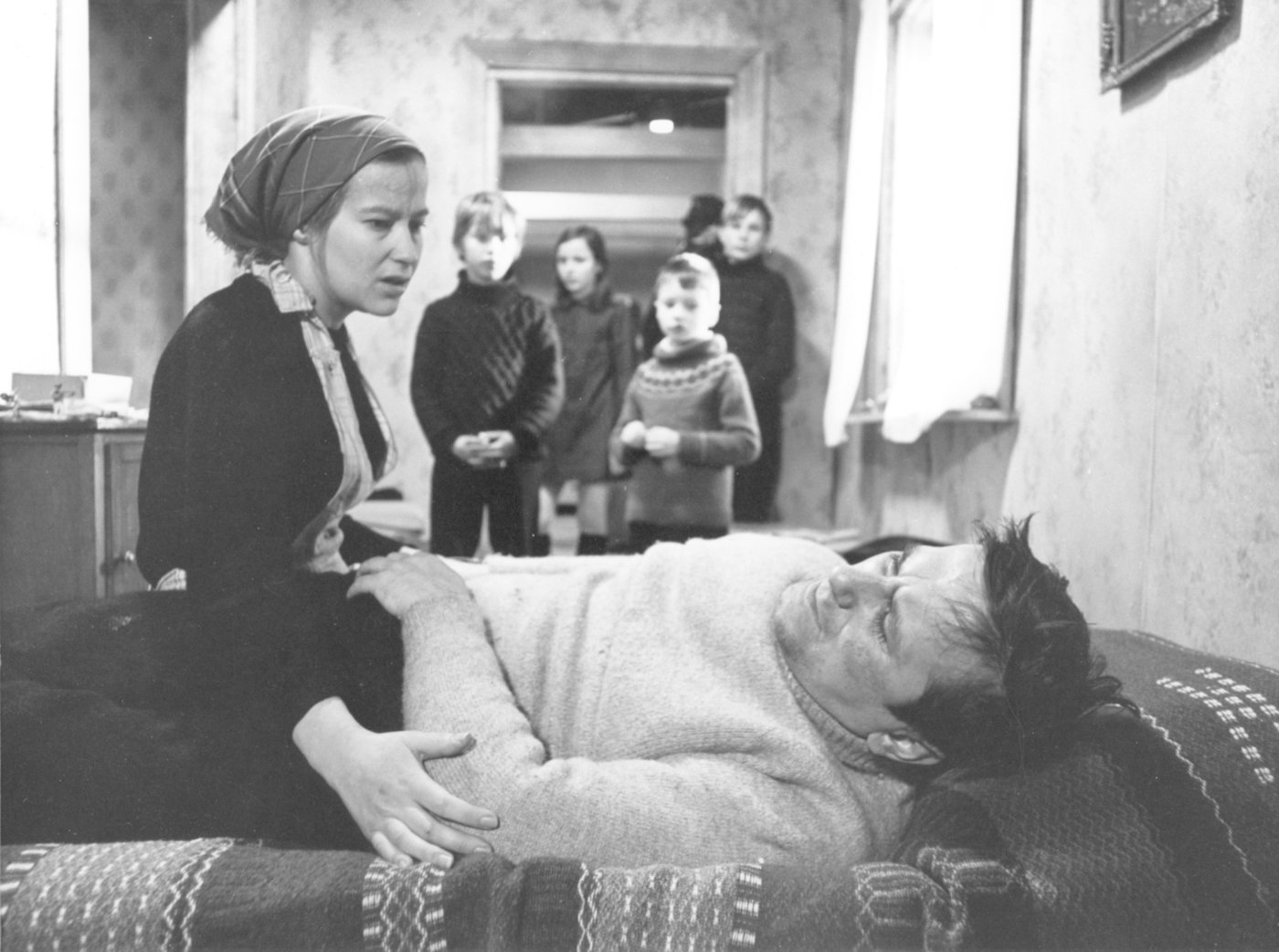 TO1..., comrade Möller, all the while, had a high old time presenting a Signals-tribute to our mestari Peter von Bagh which included the as-far-as-we-know first-ever screening of Mikko Niskanen's Kahdeksan surmanluotia (1972) in its complete 5h15min-, four-part-TV-miniseries-glory outside of Finland—﻿﻿normally, only the 2h30min+-theatrical digest gets screened on these kinds of occasions. For Peter von Bagh this was more than just a dream come true: This was personal. During an introduction to his Mikko Niskanen - ohjaaja matkalla ihmiseksi (2010), our guiding light mentioned that he'd promised this maybe most gifted, certainly most troubled of all Finnish 60s auteurs two things on his death bed: 1. he'd make an honest film about his life and art; 2. he'd get Kahdeksan surmanluotia screened at least once in its original version outside their native land. Now he could finally be sure of two things: 1. Kahdeksan surmanluotia got its screening and will hopefully get more and more of those once it's properly restored, on 35mm if you please! (SES, KAVA, do you copy?);  2. Mikko Niskanen- ohjaaja matkalla ihmiseksi got realized, and he'd given it his all. For us, Peter von Bagh did good by Niskanen—﻿﻿at the end of part three we were almost in tears; TO1..., comrade Möller, swallowing hard, had obvious difficulties to get the post mortem going—﻿﻿and he is the one who probably saw the film more often than anybody else not involved in its making. Still, watching it there on the big screen felt like seeing it for the first time and finally experiencing its full emotional force. And what's true for Mikko Niskanen - ohjaaja matkalla ihmiseksi is true as well for all other works of Peter von Bagh: They might be produced for television but were certainly meant for cinema—﻿﻿as only there, in the dark, shared with an audience willing to partake in an act of collective dreaming, thinking, commemorating, debating a Peter von Bagh-film becomes true, alive.

We're happy to say that Peter von Bagh was not the only feat of glory Rotterdam had on offer, Signals-wise. His program worked wonderfully well together with our main men Gabe Klinger & Gerwin Tamsma's celebration of the Boca do Lixo-brand of brazen bravado, The Mouth of Garbage – Subculture and Sex in São Paolo 1967 – 1987, as well as Hidden Histories – Independent Chinese Documentary Makers and the Documentary Works of Ài Wèiwèi, a joined endeavor in cinecivil disobedience put together by Gertjan Zuilhof and again Gerwin the T. Add to that Edwin Carels' tribute to the late Bart Vegter which was thoughtfully done not as a monographic event but a gathering of elective affinities—﻿﻿﻿incl. Ferronian favorites Maurer Dóra (Kalah, 1980), Stan Brakhage (The Garden of Earthly Delights, 1981), and Koike Teruo (Ecosystem – 6: A Sort of Mycelium, 1989)—﻿﻿﻿and one looks at a whole idea of cinema as it should be: Here, radically different aesthetics are at play with one another while working together on a shared sociopolitical vision. In this foursome constantly in motion, Peter von Bagh's FordoMarkerian act of enlightenment as popular anti/counter-myth-making, Mies varjossa (1994; Co-Directors: Elina Katainen & Ilkka Vehkalahti), becomes the doppelgänger of Ài Wèiwèi’s full frontal AV-run-in with a society lethally corrupt, Yīge gūpì de rén (2010), while João Silvério Trevisan's hysterical cinema novo-deconstruction-by-spasmoparodic-imitation-to-death, Orgia (ou: O homem que deu cria) (1970), looks no less lucid then Bart Vegter's elegantly composed silent series of variations on sleek geometrical forms, De tijd (2008), which again, screened before  Yīge gūpì de rén, would bring out quite different aesthetic dimensions in this seemingly artless act of defiance, while Orgia (ou: O homem que deu cria)... We could continue this for quite a few gigabytes.

Peter Von Bagh, Ài Wèiwèi, Boca do Lixo and Bart Vegter alone took up so much of our time that we had but a few hours left for anything else. Still, we found our Donkeys—﻿﻿﻿truth be told, we didn't have to look that desperately for them, as they came almost on their own... 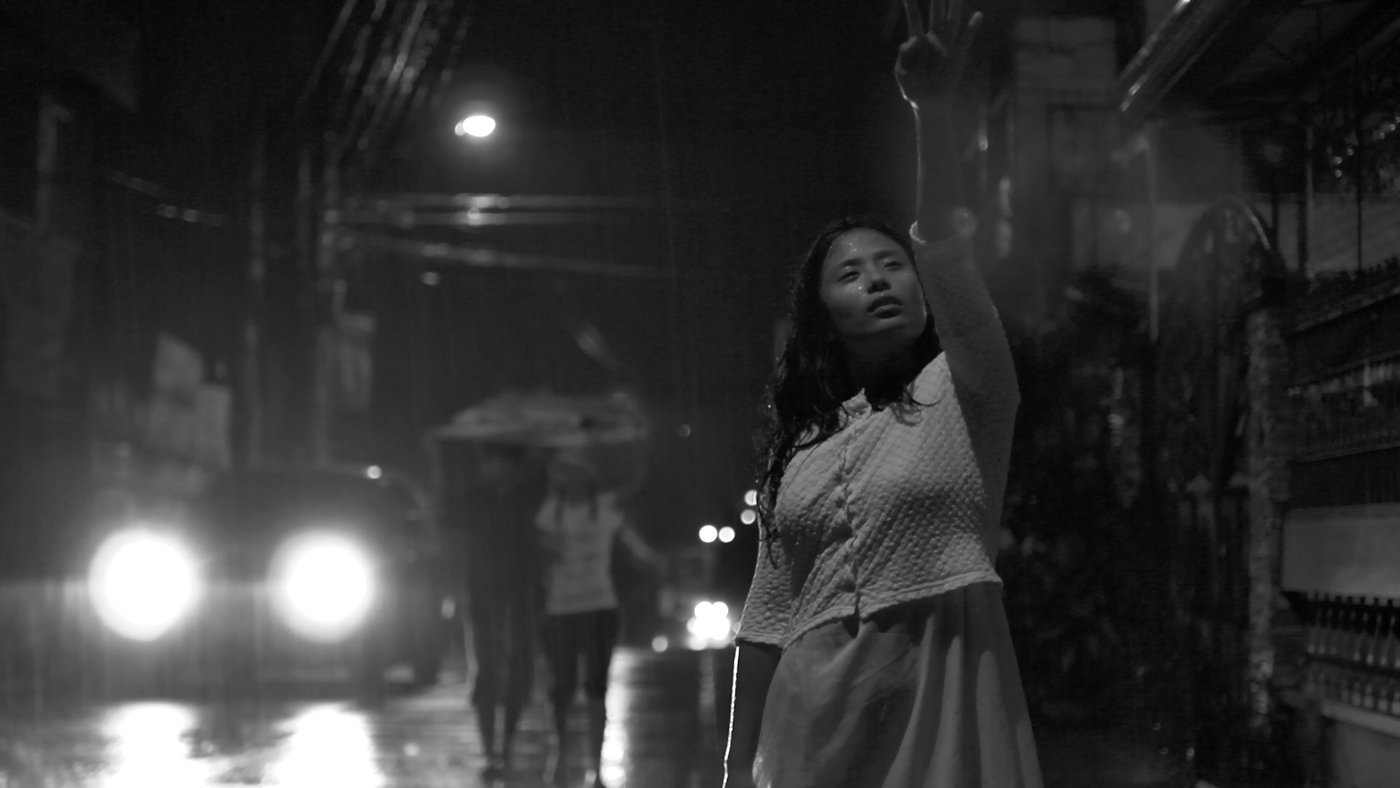 Even if we had watched every single new film around, we're dead certain that in the end the Golden Donkey would still have gone to Lav Diaz's latest. Which, just like Siglo ng Pagluluwal (2011), has a troubled production history, if of a different kind: Siglo ng Pagluluwal developed out of a project called Babae ng Hangin (~ 2009) which Diaz finished in a perfunctory fashion but could never put into a definitive form—﻿﻿﻿something inside always resisted closure, demanded a strategy of fragmentation, brought upon by making Babae ng Hangin into the film created over the course of Siglo ng Pagluluwal's plot-line about a director in crisis; Florentina Hubaldo, CTE, again, was a work Diaz re-shot on HD after having it done already once on mini-dv, changing it in the process by losing characters and reenforcing others. The result is Diaz's leanest, most minimalist work since Heremias: Unang Aklat - Ang Alamat ng Prinsesang Bayawak (2006): Two stories of dependency and abuse, descents into madness are told with as little artifice as possible. Florentina Hubaldo, CTE grinds its way into one's soul, slowly, with a determination that is uncommon and most admirable—﻿﻿﻿cinema at its most basic, naked. 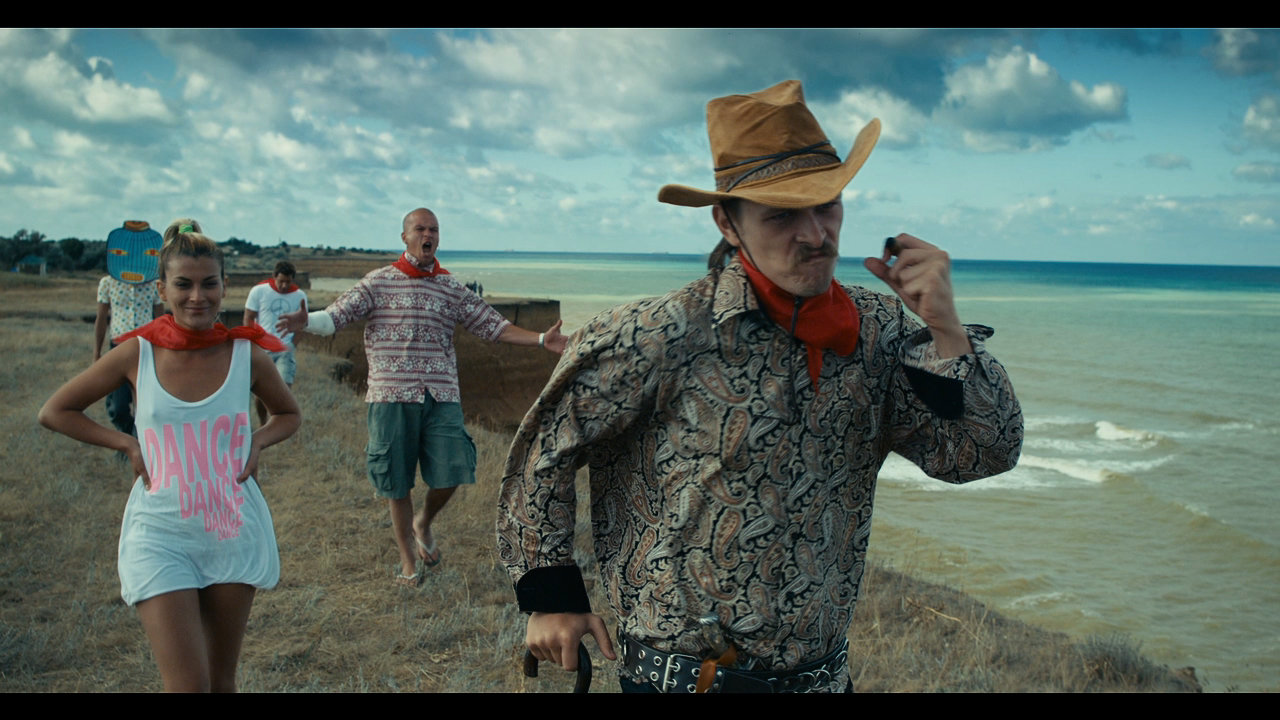 Now here's a film we've been waiting for! Rumors had been making the rounds for quite some time that Sergej Loban and his SVOI 2000-brethren were working on something new; after Pyl' (2005), we expected something great. Turns out it's not only that: Chapiteau Show is also massive, sprawling: Four inter-linked, ever absurder, hysteria-prone stories about sick(ening) relationships get told over the course of 3 1/2h, intermission and all. The result is: an echt Russian movie mutant that is at the same time an AV-bildungsroman and a society fresco; a tour de force on the notion of projection as the basis of all social interaction, play-acting as the only real to be had in era of all-encompassing deceitfulness, imitations as the new original in these our post genius-times. Rarely was essayistic filmmaking so much gay, rollicking, frivolous, at times positively enervating, subversive fun. 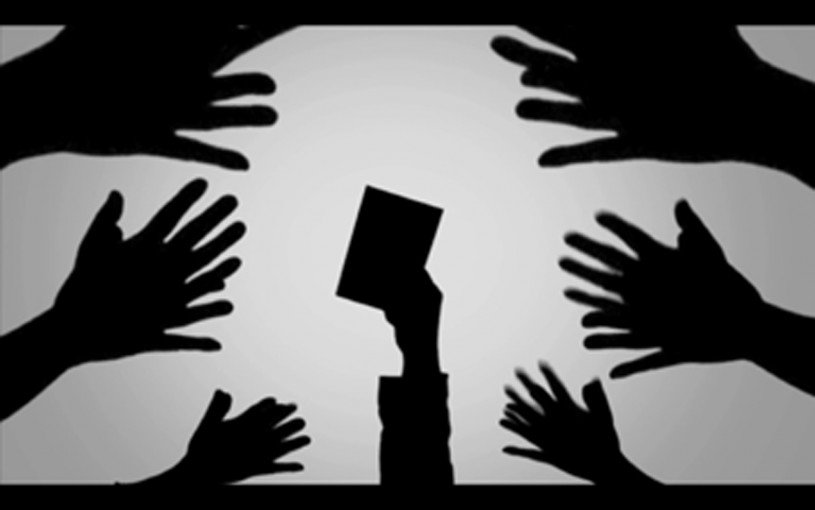 Politics and the art of shadow play: A satire on turncoats and apostates, animals of all varieties, power players and the masses they consider their toys. A clean and easy ten minutes watch whose clean-cut Black & White-beauty keeps lingering on in our collective mind.﻿