With 2009 rounding to a close, it already feels like best-of and top-ten lists have been pouring in for months, and we’re already tired of them: the ranking, the exclusions (and inclusions), the rules and the qualifiers. Some people got to see films at festivals, others only catch movies on video; and the ability for us, or any publication, to come up with a system to fairly determine who saw what when and what they thought was the best seems an impossible feat. That doesn’t stop most people from doing it, but we thought we’d shake things up a bit. Last year we polled the contributors to The Notebook to find some general consensus on what movies everyone liked. For our 2nd Annual Writers’ Poll, we’re doing things differently.

I asked our contributors to pick a single new film they saw in 2009—in theaters or at a festival—and creatively pair it with an old film they saw in 2009 to create a unique double feature. Some writers chose their favorites of 2009, some chose out-of-the-way gems, others made some pretty strange connections—and some frankly just want to create a kerfuffle. All the contributors were asked to write a paragraph explaining their 2009 fantasy double feature. What's more, each writer was given the option to list more pairings, without explanation, as further imaginative film programming we'd be lucky to catch in that perfect world we know doesn't exist but can keep dreaming of every time we go to the movies.

How would you program some of 2009's most interesting films into double features with movies of the past?

Both films are about real crimes, perpetrated under the influence of ideology. And rather than simply present a straightforward (read: useless, arguably pornographic) replication of the events at a surface factual level, both films use the power of cinema as a remembering tool and a mode of analysis, in the hope of making positive interventions into the meaning of the past events they depict. While one (the Makhmalbaf) is a personal story from the Islamic Revolution, and the other (Polytechnique) is a representation of a broader cultural and historical event in recent Candian history (the 1989 murder rampage at Montreal's Ecole Polytechnique), both films actively recode the past. But this not as some glib postmodernist maneuver of "revisionist history." Makhmalbaf and Villeneuve employ cinema's unique power of re-presented time in order to move us closer to healing and forgiveness.

If I had seen them in 2009, I would have loved to pair Ade's island-stranded, tumultuous relationship compression chamber with Kubrick's The Shining, Rossellini's Voyage to Italy, Brooks' Modern Romance, or Antonioni's L'avventura—a micro-history of the best can't-we-all-just-get-along/isn't-marriage-a-horror? cinema.  But Marnie, seen at the tail end of the year to mirror Ade's film premeiring at the top of 2009 at Berlin, is, like the best of them, just about two people who care about one another stuck in a room (/hotel/car/island/roller coaster), duking it out through the conventions of movie melodrama until you realize, as you do with all these films, that the simple interaction between two people is perhaps the world's darkest, deepest, strangest mystery.

But if the warped horror of relationships isn't your thing, how about some of these mixtures?: 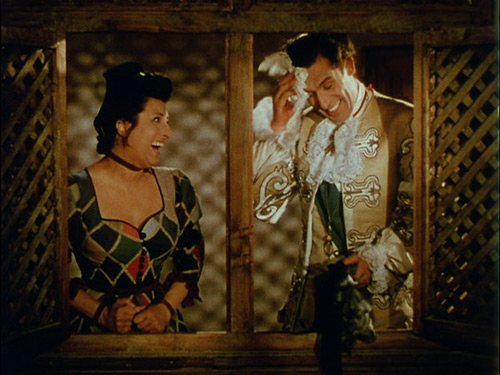 The fun of a fantasy double bill is not just pairing a cool couple of movies but also imagining them projected, and the attendant thrill of sitting through them, back-to-back, in an actual theatre. I like to imagine the whole night in all its physical fun. So I'm sad to say, though happy maybe, that I saw both of these films on my laptop this year. Sad because those experiences, however rich, were impoverished; happy, or at least excited, with my sense that each will yield yet more on a silver screen (whenever that happens, and I trust it will happen). For one, the colors—as much as the sounds—will be louder. For another, I'd like to see how such a minor, lowercase film as 36 vues will play against such a bombastic, vivacious film as The Golden Coach. Both are about women in the theatre, sure, to get started; but even more both films are about inhabiting the spectacle with a sense of fun: say, enjoying a good flirt with a suitor (or three) and/or the world. And the leading ladies typify the films, seem designed for their maîtres. Rivette's Jane Birkin keeps calm, holds back, retains the mystery. Renoir's Anna Magnani thunders through routines, dances with aplomb, relishes all those eyes on her. If we assume we watch the Rivette first, we'll be done pretty quickly, quick enough to dive right into the Renoir all alive with the unexpected, ready to be seduced and have that foreplay followed through upon, with swords and songs and a delicious political red herring. It'd be a pickle, for sure, to calm that crowd down after the show. Which is why you'd take that excitement to the nearest bar for a drink or four and, not talk, of course, but some kind of celebration. I vote for cancan and champagne.

I remember thinking whilst watching Michael Mann’s Public Enemies earlier this year that I’d seen this before, and not just once but at least a dozen times. But by this, I’m not referring to Mann’s adaptation of the John Dillinger legend in particular, or any of its previous incarnations. Nor am I suggesting that Mann’s latest is anything but original, or masterful in its production watermark of grace—though it isn’t quite his or 2009’s best. By this, what I’m referring to is, of course, the idea of Dillinger: this, the myth’s truth that allows all with knowledge of it to make my rather silly claim too. The last dozen of those times, for me, the idea took the form of a favourite (of many favourite) Johnnie To films: Where a Good Man Goes (Joi Gin Ah Long), featuring Lau Ching-wan as the memorably rambunctious Triad turned freeman, Ah Long (a.k.a. Michael Cheung)—recently reprised by Lau, albeit toned-down, in To’s Mad Detective (San Tam). What is it that makes this idea fascinating? Perhaps it’s in the mystery of its violence, or how it targets its ferocity. As bodily expressions of it, Dillinger and Ah Long target not: any person in particular, though both fiercely defend love encountered; infamy, despite their names ringing-out; monetary accumulation, means they seek to extinguish rather than preserve; or laws, an irrelevance rather than dwelt antagonism. Perhaps, and more purely, the mystery’s target is time itself—however impossible—since after incarceration it’s only this “foe” that they truly desire to make repay in kind. Perhaps, only time as an “enemy” can separate a genuinely quixotic gangster from an ordinary one. It’s the tragedy of this idea that my chosen double-bill entertains with sincerity. But if anyone doubts theirs we need only to recall some of the real John Herbert Dillinger Jr.’s words—though they could have easily been Ah Long’s: “I will be the meanest bastard that you ever saw when I get out of here.” 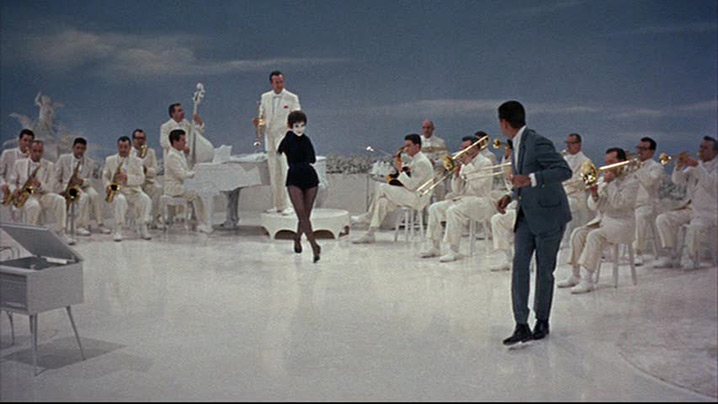 Now and then in the 1960s, Jerry Lewis and Michelangelo Antonioni seem to blindly cross paths: Blow-Up’s pantomiming to an entirely invisible scene, The Errand Boy’s prolonged elevator scene of faces plastered against each other with nothing to say like wallpaper decoration. What’s similar, if anything, is the well tinkered-with 60s notion that people in these painted landscapes are themselves illusions, disembodied faces and voices that appear to one another under the disguise of actually being real characters, when really they’re in a movie, and once they leave a shot, they leave the world altogether. Wouldn’t that be more Antonioni? Enough good critics have explicated what Tsai owes to him: flaneurs cruising the inner circles of anonymous, concrete urban hell for any sort of physical connection with–sensation from—a Brutalist world of mass-produced spaces for mass-produced people. But the parallels are just as strong with Lewis: a penchant for self-contained “living” spaces in which (per Adrian Martin’s description) the rooms function independently but finally communicate like cells in an organism; a doll house design in which characters struggle to break out from setpiece treatment by endlessly fumbling with the furniture and plumbing in real-time long takes that move the film beyond slapstick and into a hamster habitat; the same paradox that the central character will never find his place physically or otherwise in this made-up, pop-out world and that yet it seems to spring full-grown from his imagination as a virtual reality of walking phantoms and dolls and extradiegetic sound effects matching his least wish-fulfillment, of supporting characters that exist to enable the desires he’ll frustrate himself; the sense that there is another world just beyond the walls but that there is no breaking through the cage until the final moments. Compare scenes: the long, stunted pipe-bursting in The Family Jewels to any Tsai film; the inside-out codas of The Patsy and The Wayward Cloud that release the film from one closed world into another; the ongoing groping of an actor-turned-mannequin’s face with hat and make-up in The Ladies Man and Face. These two films, career summations of sorts and the closest either director’s come to installation art (in installments), have everything to do with each other: portraits of people trying and failing both to close themselves in from the world and express themselves to it; of directors trying to recover the spontaneity of more classic filmmaker/actor idols but trapped in a movie-movie world; the way characters spring from the thin air (literally) to signal countless untold stories; the inexplicable, almost metaphysical sexual frustration; the way Jerry Lewis’ closed-circuit harem in 1961 has for Tsai, in 2009, become the entire world. 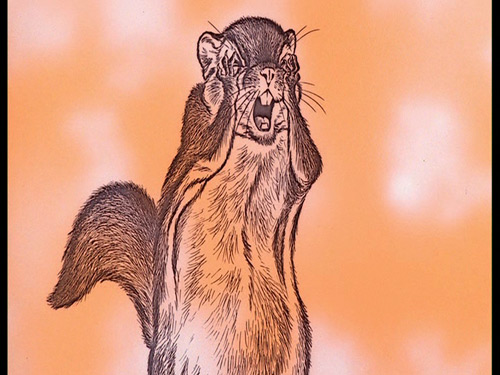 The Princess and the Frog only seems to be posturing in the shadow of the living master of Japanese film animation. Miyazaki proves yet again that the fantastical retains a special alchemy when hand-drawn, and while the script nearly runs out of steam by the end, the wonder and imagination of Ponyo and her world ooze through every frame. It only seems fitting, then, to pair one master with another. Legend of the Forest is a testament not only to Tezuka's brilliance as a director, but to the history of animation as a whole. As this fable, at times both whimsical and gruesome, seamlessly sweeps across cartooning techniques ranging from woodcuts to CG, one can see the deliberate care being attached to the poses, the expressions, the mise-en-scène, as if every moment were a prism, collecting the most good and evil aspects of humanity and shining them back as bold and beautiful colors. And all of this set to Tchaikovsky's 4th.

Two films I saw this year astounded me with their portraits of young children: So Yong Kim's Treeless Mountain (USA/South Korea) and Nagisa Oshima's Boy (1969).  Richly observant but fiercely unsentimental, they're sensitive to the inner worlds of their young protagonists while showcasing the profound impact adults and society have on developing consciences. 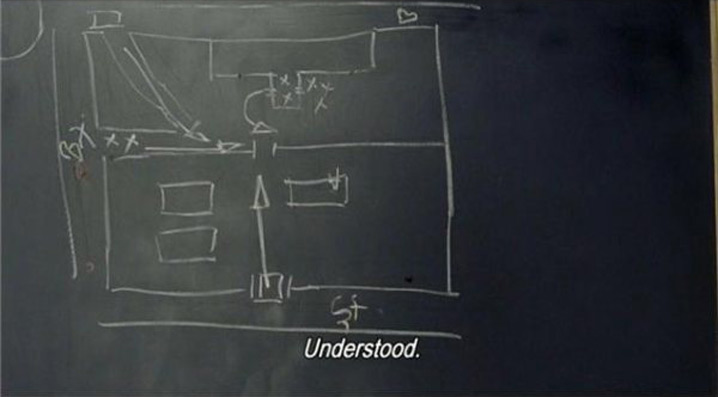 Investigations, one gray and the other Mondrian-colored, going in circles until we recognize a world of entrapping systems and symbols. Separated by decades, they posit equally fierce cries for active engagement in life and cinema. “If a word in the dictionary were misspelled,” asks Steven Wright, “how would we know?”