Every few days, we'll be rounding up some of the latest buzz and reviews coming from the Croisette—our favorite takes from trusted sources on the latest films to make their debut at the 67th Festival de Cannes.﻿

"At this late-autumn stage in his career, of course, no one expects Loach -- who recently scuppered bow-out talk by confirming that he could yet make a "smaller scale, contemporary drama" -- to embrace stylistic innovation. And there's much to be said for presenting essentially incendiary material in an accessible fashion. But now for the first time his ongoing collaboration with scriptwriter Paul Laverty, Loach's studiously safe-hands approach -- typified by regular collaborator George Fenton's near-incessant score -- can't counterbalance fundamental screenplay flaws...What we're left with is an odd, only fitfully engaging hybrid of The Quiet Man and Footloose, which neither packs much of a punch nor is particularly nimble on its feet.﻿"

"Even by Dolan’s standards, Mommy (Grade: C+) is self-indulgent. Worse, it represents the first case in which his seductive style—pop-music cues, scenes of ferociously heated verbal conflict, operatic slow-motion, etc.—seems at odds with his material."

" Though Sils Maria could be read as possessing the perfume of sly satire, its key strength is in fact its utter sincerity for both the lives and worlds it depicts. Assayas values so-called trash cinema as much as he values "classic" theatre, and is enthused by the human ability to find beauty in all cultural forms, irregular, vapid, mis-shapen and antiquated though they may be. It's a doleful, multi-layered expression of time-passing and culture changing to fit the world in which exists. Its subtly and tenderness are never forced and its performances usher in messy, confusing humanity by the hundredweight.﻿" 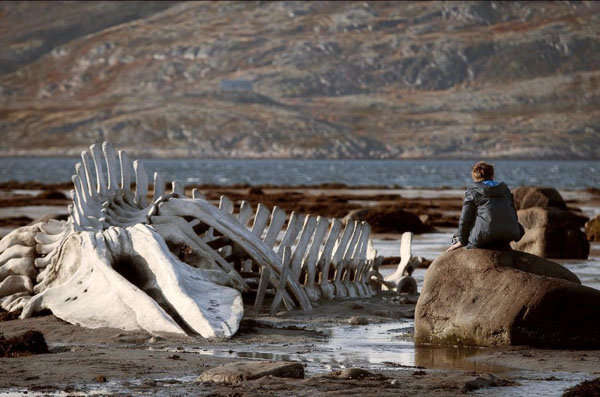 "While it was clearly designed as a showcase for Gong (she plays the one with the awards-worthy illness after all) Chen is particularly strong and soulful in his role, managing to ground some of the plot’s more extreme contrivances, but not even they can save the film’s last-act devolution into full-on maudlin melodrama. Each new hope is slowly dashed and each flicker of connection is quickly snuffed out, and the by now truly irritating plinky piano reminds us just how achingly sad we should be about it, far beyond the point we needed reminding. Saddest of all, though, given the film’s promising start and world-class director/actor pairing, is the missed opportunity for something of greater depth.﻿"