“Of all the directors I’ve worked with, Tony, he’s the one I enjoyed the most, because working with him, you know that he’ll see everything, so everything can be so much more free, there’s no need to worry about the camera.” 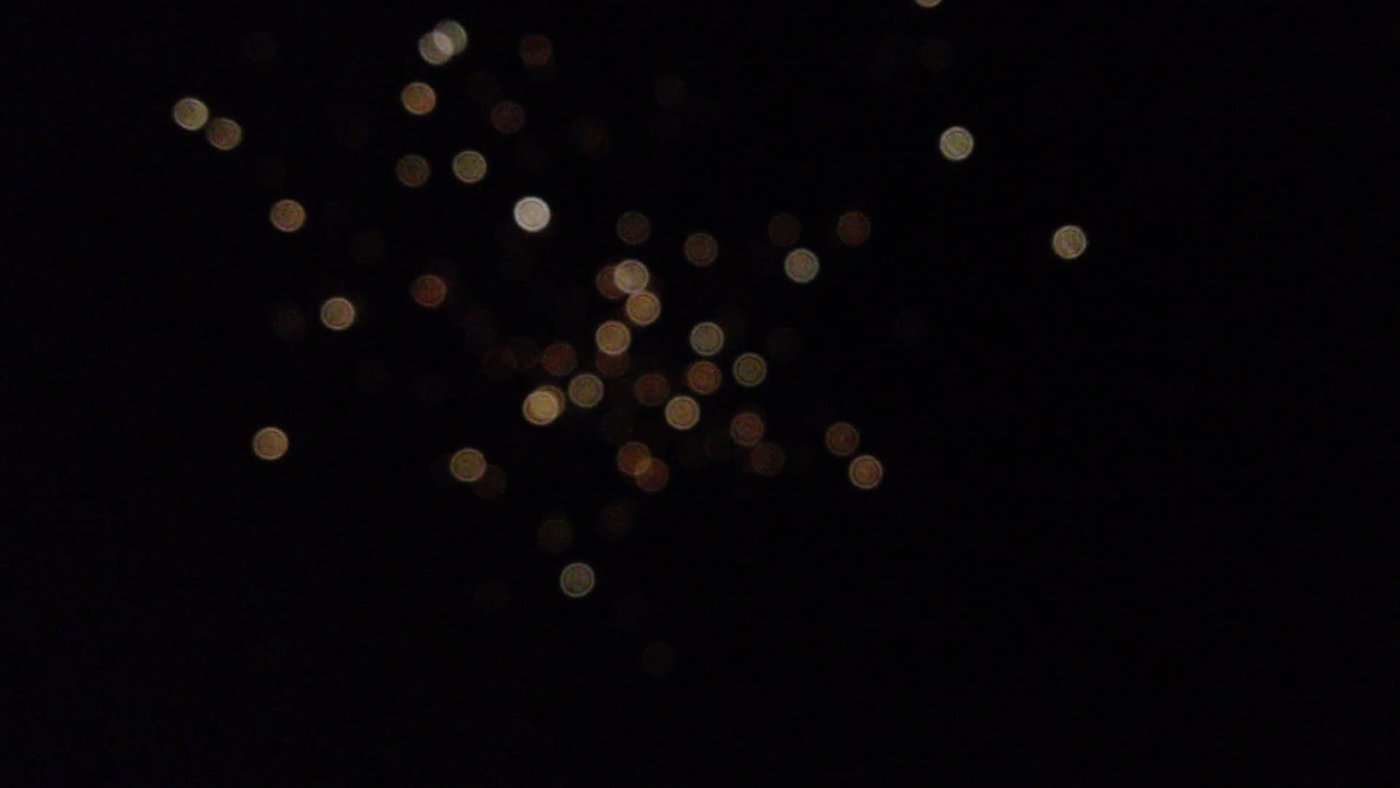 I’d like for you to do something for me, it’s just a little exercise in something like organic cinema: close your eyes as tight as you can and look at the colors. That’s all. This might be easier if you find a light and stare at it for a few seconds first, though even if you happen to have a perfectly dark room available and choose to try it in there, you’ll still see some color (it’s called eigengrau—“intrinsic gray”— because naturally the Germans have a name for this).

I ask you to partake in this little experiment in service of making the possibly sad, and certainly lonely, point that the purest vision we’ll ever have as humans with more or less base-level optic and neural activity is something which is forever only our own, i.e., it’s impossible to share in this sort of looking—freed from all those narratives that trail away from every object we lay our eyes on—with a group, because the second your eyes open and you leave the loop that leads from lids through ocular alleys to brain and back, it’s kaput. You could grab some friends and all sit around together, eyes closed, confirming the fact that you can see without looking at anything outside yourself, but still, the fundamental quality here is solitude.

The filmmaker who’s gone furthest in attempting to overcome this fact is Stan Brakhage, and the furthest he’s gone is, as far as I can tell, his Arabic Numeral Series, a numbered cycle of 19 (or 20, depending on how you feel about the nominal hiccup of “0+10” being presented as such) films consisting of flashes of light, generally in the range of oranges and yellows that you might recognize if you tried the little experiment requested above floating in the blackest black. Working with absolutely no evidence as to the reason of their exclusion, I’ll just say it’s fitting that these films weren’t included in either of Criterion’s stunningly great Brakhage sets, because more than any issue of texture or movement, they depend on being viewed by a group of people in a dark room, a spatial and social context that allows them to do the pedagogical work of bringing people together in a shared vision. They’re basically a 3-hour lesson in how to look at the world at degree zero, a point of departure for a whole range of further explorations including the rest of Brakhage’s work, and, I’d argue, the films of Tony Scott (or at least those from the last decade of his career).

The thing about Tony Scott’s films is that they’re never very big. They’re the films of a man looking at the world and realizing that what’s already there—trains, and trains, and terrorist attacks, and kidnappings, and love, and friendship, and work—is enormous and fascinating and probably unknowable (and doesn’t need robots, Biblical-scale CG catastrophes, etc.) and deciding that he’s going to do everything he can to outflank it, moving constantly to try to get around those ends out there in the space of infinity and see it all. This, naturally, takes a lot of cameras. And so of course a lot of reactionary critics—the sort of guys who think that John Ford editing in camera is what made his films great—decided that this coverage-heavy approach meant Tony Scott was a hack with no vision, an editing room cobbler slapping together whatever vague semblance of coherence he could from all those zooms and pans and tracks.

Plenty’s been made of Tony Scott’s background as painter, a personal history that makes it both tempting and justifiable to throw around words like impressionism and expressionism, and as much as there’s a place for both of these (and many others) in any consideration of his work, both point toward something more settled than Scott’s films, which are, as much as anything, documents of the process of struggling to look at the world. The semi-circle tracking shot is Tony’s great metaphor for this perpetual incompleteness, a movement describing a space at the same time as it reminds us that there’s something lacking, the view from the other half that, for whatever reason, we can’t quite see right now.

This lack, the acknowledgement of the fullness of the world beyond what’s being shown, is what Serge Daney found to be the defining trait of “the image,” a concept he played off against “the visual,” all those processes by which whoever’s in power in a certain situation confirms their position by presenting it as if there could be nothing beyond it. (Daney discusses this in the context of the media’s presentation of the first war in Iraq.) The visual, for Daney, is “closed, looped, a little like the image of pornographic spectacle, which is only the ecstatic verification of the working of organs (and nothing more).” In its way, the visual is a pure vision in the same way that those lights dancing on your eyelids were, only they’re what the world of international corporate capital sees when it closes its eyes. The American mainstream media is something close to the perfect manifestation of this, insofar as every story is presented as ending exactly at the point where its being reported does.

Tony Scott’s final film, Unstoppable, a very simple story about two regular guys attempting to stop a runaway train, complicates itself in some fascinating ways, none more so than in its consistent use of mock news broadcasts (naturally tagged with a Fox logo) as running commentary on the action. Though they’re identified by all the graphics associated with contemporary news coverage and the interlace bars of filmed television, these images are still presented at the same ‘Scope ratio as the rest of Unstoppable, and fit seamlessly into the 30-minute montage that comprises most of its final third and moves restlessly and constantly from train cabin to control room to living room to exterior action to news coverage. On its original release these news inserts were the frequent subject of derision, the most damning evidence of the laziness of Unstoppable’s blatant and abhorrent conventionality (i.e., “here is a man telling you why this part of the story matters”), when in fact, at a modestly presented, though very, very smart, conceptual level, they’re the film’s heart. The train, the oldest and grandest of all the metaphors for cinema, becomes the image, the mobile, incomplete site around which all these gazes converge—two men looking out from inside, loved ones and bosses and all of America looking from outside—and the speed with which Tony Scott moves amongst all of these ways of looking brings them all into not quite conversation, but a sort of overlap approaching glossolalia, where even the news is restored as a space for images. Any single claim to presenting the whole world is shattered open by the dizzy force of so many eyes looking in so many ways at all those simple things behind it that can’t be flattened out. This, then, is Tony Scott’s great popular project.﻿