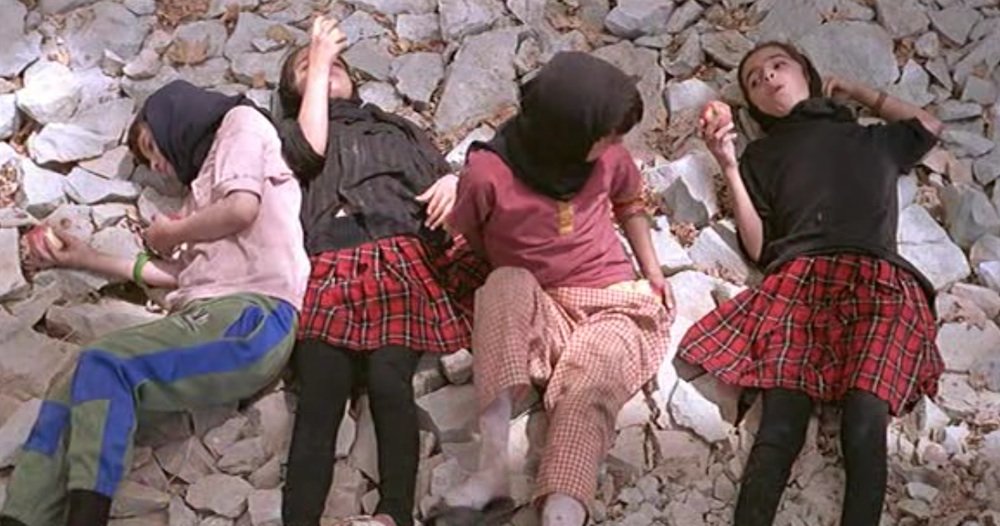 The celebratory attitude at the True/False Film Festival in Columbia, Missouri, speaks to the healthy state of nonfiction filmmaking at present. True to its name, the festival spotlights new films that incorporate elements of both fiction and documentary (and sometimes blur the line between the two), yet even the selections that resemble more traditional investigative reporting uphold a certain standard of artfulness. More impressively, the festival organizers make a point of incorporating the Columbia community into the celebration. Somewhere between 700 and 900 residents of the town and surrounding areas volunteered at the fest this year, and many businesses I encountered seemed happy to get in on the act too. (“Don’t be fooled by FALSE advertising,” read my favorite sandwich board. “Try our TRUE Thai cuisine!”) Roughly half of the screenings took place in locations not usually reserved for movies—a rock venue, a couple of churches, a hotel ballroom, and the local Odd Fellows lodge—and on a couple nights, short documentaries by Les Blank were projected outside, onto the wall of a building. The theme of True/False seems to be that nonfiction cinema, which takes its subject matter directly from life, is better-suited than other forms when it comes to ingratiating itself with the world at large.

I should divulge that I was a guest of True/False this year. The festival paid for my travel from Chicago, as well as my lodging and tickets to screenings. This generosity definitely colored my experience. I wanted to make good on the all-access pass, and so I tried to attend as many movies as I could (I ended up seeing 15 in four days). I also tried to approach each one with an open mind, as the spirit of True/False is not just inclusive, but supportive. Only one filmmaker at the fest receives an award (for mid-career achievement—this year, it went to Amir Bar-Lev, director of My Kid Could Paint That and the upcoming Happy Valley), and every filmmaker who attends receives a small stipend for participating. The various parties and panel discussions, most of them open to the public, seem designed to bring the visiting filmmakers into productive conversation with critics, programmers, and each other. These decisions reflect an organizational mission that says the people who make and champion nonfiction films should move forward collectively. I suspect I would have been sympathetic to this mission even if I hadn’t attended the festival for free—though I should also admit that the supportive vibe may have made me sympathetic to certain films that I might not have liked as much had I seen them in other circumstances. 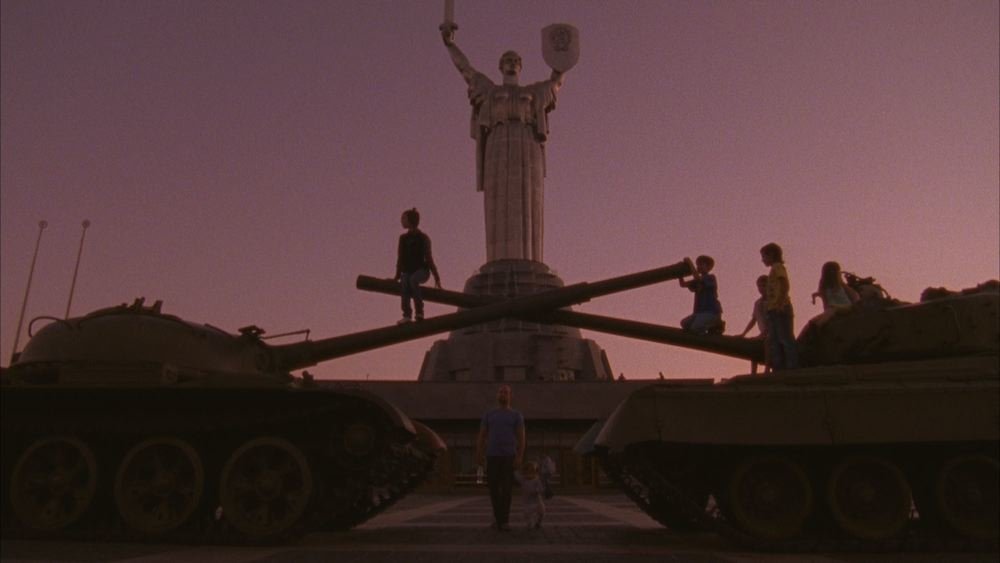 Above: The Vanquishing of the Witch Baba Yaga

The Vanquishing of the Witch Baba Yaga was one such film. Jessica Oreck’s essayistic work combines documentary footage of farming communities in eastern Europe, animated sequences depicting an eastern European folktale, lyrical nature imagery, and several other things. I didn’t feel that the parts congealed in a satisfying way—at 72 minutes, the film felt like too much and not enough. Still, I enjoyed hearing Oreck discuss Baba Yaga after it screened, as she explained the influence of ethnography on her filmmaking process and how she went about collecting footage. Learning that Oreck didn’t have a “big picture” idea for the film even after shooting it disarmed my objections somewhat, though I still felt as though it would have benefitted from another round of editing.﻿

I had similar reservations about Gianfranco Rosi’s Sacro GRA, about various people and buildings along the great motorway that surrounds Rome. I liked some of Rosi’s compositions and wry humor, though I still felt as though the movie was a subject in search of a theme. I wonder if we’ll encounter this problem more often now that digital video permits documentary filmmakers to shoot as much footage as they want and work virtually independently. At least Sacro GRA demonstrates a sense of teamwork in its design, conveying good cheer as it shows its subjects plugging away at their jobs, which range from prostitution to renting out an old estate to movie shoots. I left happy enough to have learned about the bustle of this part of the world.

The only movie I actively disliked at True/False was Errol Morris’s The Unknown Known, a flashy profile of Donald Rumsfeld in the vein of Morris’s The Fog of War. The festival programmer who introduced it argued that it’s a film about language—specifically, how Rumsfeld deliberately manipulated language to divert attention from the war crimes he helped perpetuate. I don’t disagree with that assessment, though I find it superficial (if not downright distasteful) to focus on Rumsfeld’s abuse of language when he took part in far more heinous abuses. But then, superficiality is the name of the game in The Unknown Known. Morris’s once-innovative filmmaking has lapsed into smoke-and-mirror effects—neither the onscreen printing, the expressionistic illustrations of Rumsfeld’s comments, nor Danny Elfman’s minimalist score (a bald-faced imitation of Philip Glass’s music for The Thin Blue Line) tell us anything about Rumsfeld other than that Morris is looking at him. The movie felt like a word of warning to the up-and-coming filmmakers at the festival: This is what happens when you rest on your laurels and become too satisfied about having your own style. 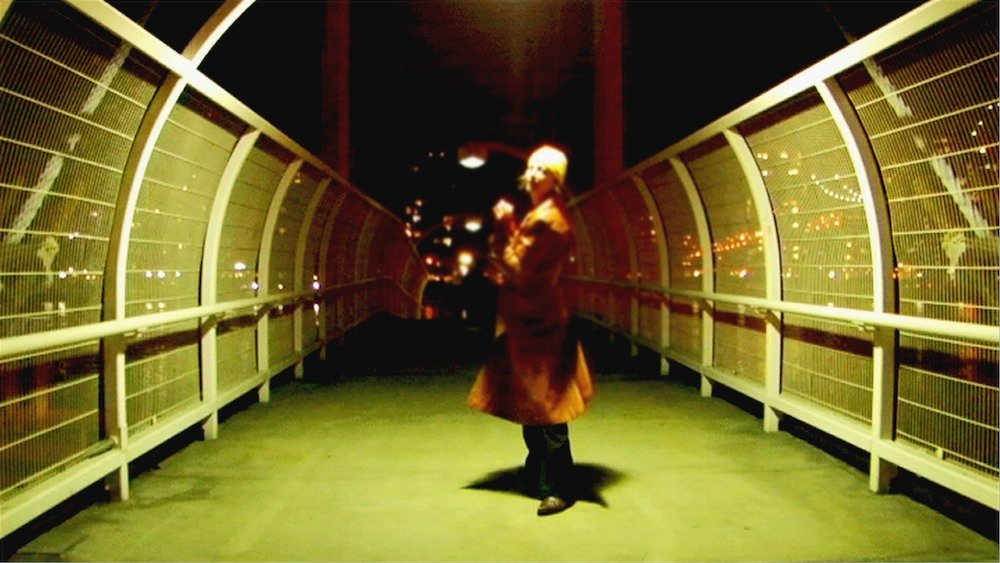 Robert Greene’s Actress, which received its world premiere at the festival, was another stylized portrait of a born performer—and, to my mind, a far more successful one. The movie centers on Brandy Burre, a stage performer best known for her supporting role on The Wire. When the movie starts, she hasn’t acted in a few years, having settled down in a New York suburb with a restauranteur and a couple of kids. Greene illustrates her discomfort right away, fashioning a nervy montage that shifts frequently between offhand moments and scenes of Burre clearly playing to the camera. In fact it seems as though Burre—eloquent, expressive, attention-grabbing—is always acting; and Greene’s charged direction (marked by bold shifts in color and dramatic uses of music) evokes narrative cinema more often than documentary. When Burre’s relationship with her partner begins to unravel, I wondered if this development had been scripted. (Apparently, it hadn’t.) Yet questions like this are ultimately irrelevant. By the end of Actress, it becomes clear that Greene’s true subject is the nature of performing and that he’s recruited Burre as a co-creator in the filmmaking process.

Greene’s dizzying mix of fiction and documentary suggests a distant offshoot of Abbas Kiaorstami’s Close-Up, which played at True/False as part of a sidebar series of “chimeric” Iranian films. The critic Godfrey Cheshire introduced the screenings in this program, illuminating certain nuances of Iranian culture that go unexplained in the films. I caught only one of these screenings—a revival of Samira Makhmalbaf’s The Apple—but I appreciated the effort to foster a sense of film history in a festival dedicated mainly to new work. It made sense, in the college-town atmosphere, to get in some studying between having fun. 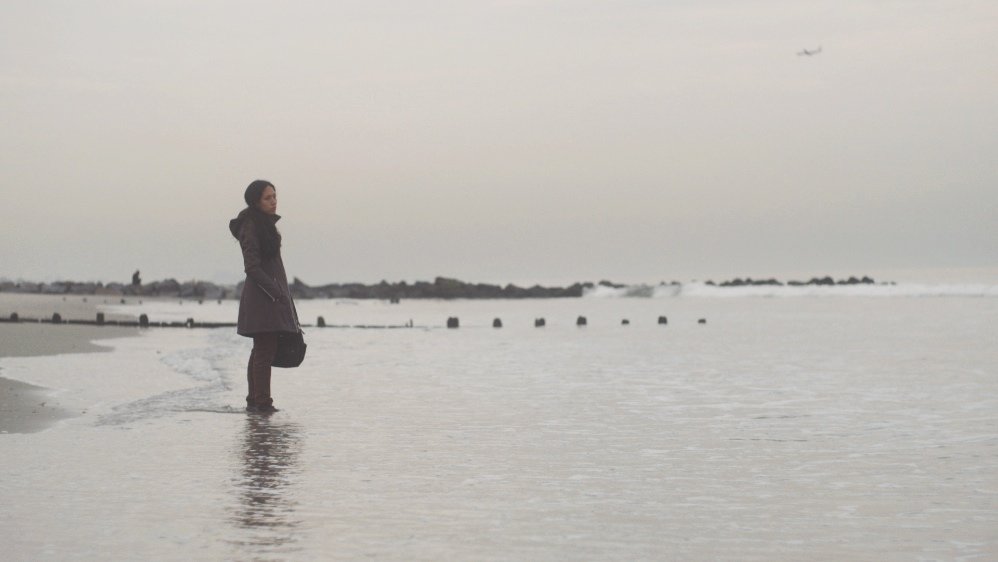 Above: Stand Clear of the Closing Doors

I also appreciated having The Apple fresh in my head when I saw Sam Fleischner’s Stand Clear of the Closing Doors, one of the two new fiction films on the slate. (The other was Richard Linklater’s Boyhood.) Like The Apple, Fleischner’s film stars a child with limited social skills—in this case, an autistic 13-year-old boy. Stand Clear, Fleischner explained at the post-show Q&A, was inspired by true-life cases of autistic children who’d languished on the New York subway after being separated from their families. Where Makhmalbaf shaped her drama according to the behaviors of her subjects, Stand Clear follows a more old-fashioned narrative progression, using documentary elements to punctuate the story with a sense of real-world uncertainty. That’s not to say I found the movie contrived, but to note how cannily a filmmaker can manipulate aspects of documentary realism. Fleischner also makes good use of real-life street performers during the scenes set on the subway, suggesting that reality can be plenty dramatic all by itself.

I was rather moved by Stand Clear’s story of a family disunited, and I sensed that the rest of the audience was too. Indeed I detected a strong family vibe at True/False wherever I went. Some of the volunteers I met told me they had children who worked at the festival; others told me they volunteered as an excuse to visit grown children who lived in Columbia. Others yet seemed to enjoy volunteering in order to share their stories with out-of-town guests—or maybe that’s because the celebration of nonfiction storytelling turns the whole town into raconteurs. On my last day in town, I found myself walking between venues with a former school bus driver who told me about his passion for boating and the various boat shows he’d traveled to in his retirement. His plan was to stay retired until the money ran out, whenever that was. Was this the setup for a low-key character study? 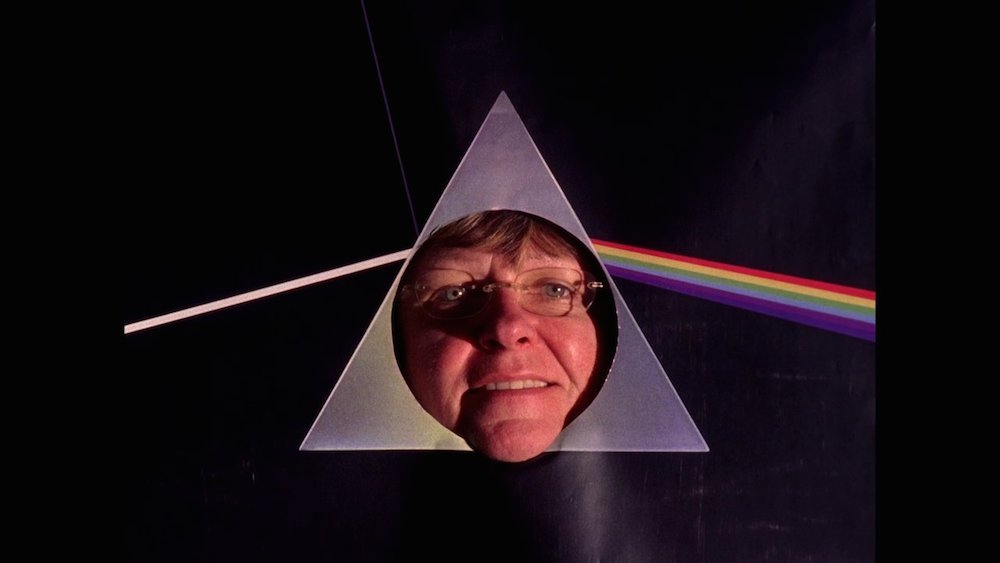 Above: Dusty Stacks of Mom: The Poster Project

Not surprisingly, the best-received films I attended were the most intimate in nature: Actress, Boyhood, and Dusty Stacks of Mom, Jodie Mack’s experimental animation-cum-homemade musical about her mother’s declining mail-order poster business. Dusty Stacks was in some ways the key film of the festival, its handmade special effects (many of them made from discarded posters) demonstrating how imaginative filmmaking can transform even the most mundane experiences. That it felt the least like a traditional documentary of anything I saw at True/False exemplified the festival’s commitment to charting the parameters of the nonfiction form as they continue to expand.﻿