Three Takes is a new column dedicated to the art of short-form criticism. Each week, three writers—Calum Marsh, Fernando F. Croce, and Joseph Jon Lanthier—offer stylized capsules which engage, in brief, with classic and contemporary films.﻿ 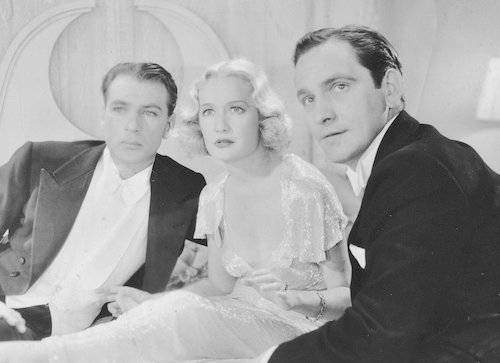 “It’s true we have a gentlemen’s agreement,” susurrates a suggestively bed-strewn Miriam Hopkins, “but unfortunately I am no gentlemen.” Indeed: never before or since has the fulcrum of a three-way so iconically longed or been longed for, soaking up desire like a sponge. Design for Living, of course, has enjoyed a now 80-year legacy on the promise of its barely muffled libertine sensibility, that same vague aura of licentiousness in which nearly every remotely racy pre-Code comic romance is anachronistically steeped. Design for Living certainly makes use of the luxury of candor—sex as a subject is plainly on the table here, explicated without recourse to euphemism—but sex as an act nevertheless retains the power to move and shake the earth, not so much freely indulged in as carefully negotiated by all parties. Sturges shows us a decade later that the strictures of the Hays era, far from eliminating allusions to prurience, inevitably encouraged a more forward-thinking celebration of sex through surreptitious suggestion—the act of withholding tended, in the Foucauldian sense, to evoke more obscenity than it suppressed. Lubitsch, for all the sophistication he brought to bear on this early ménage à troi, hadn’t any desire to push the ribald past social boundaries, which makes this soft-shoe approach to sexual liberation duly frothy but hardly progressive (never more apparent than when the film concludes, quite unlike Coward’s stage version, with a return to the unworkable platonic arrangement). The limitations with which Design’s frankness collides were strictly formal, a matter of studio decorum; it otherwise adheres to traditions more firmly and broadly institutional. Still, risque in 1933 remains surprisingly risque in 2013, and the carnal impulse driving this trio, each urge hiding a thrust not quite taken, bubbles beneath the surface like so much fine champagne. —Calum Marsh 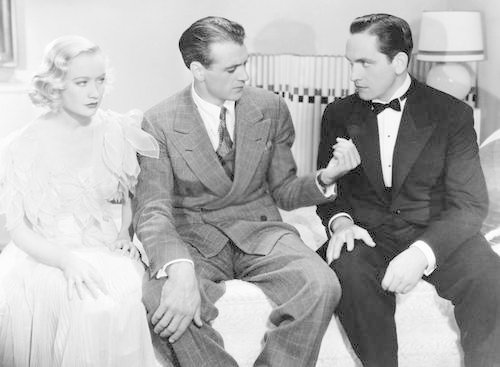 The very handsome preamble (recalled by Hitchcock in Suspicion) takes place aboard a Paris-bound train, with the trio of protagonists sharing a pencil sketch and a linguistic joke perhaps not unlike Design for Living’s three auteurs: Ernst Lubitsch, Noel Coward, and Ben Hecht. “Welcome to bohemia!” The modernist painter (Gary Cooper) and the aspiring playwright (Fredric March) are the artists; Miriam Hopkins as the advertiser with Napoleon caricatures in her portfolio likes the tension of the triangle and becomes the liquid mercury flowing between them. Asked to choose, she naturally settles for both, even if under the guise of platonic muse for their artistic urges."Let’s forget sex" is the agreement. "Saves lots of time." "And confusion." But sex can’t be denied, of course, and, in order to salvage the relationship between the men, the heroine sacrifices the trio’s risky dynamics for the stuffy security of a wealthy suitor (Edward Everett Horton). Behind the rhythmic clanking of old typewriters and arch toasts to smallpox, there’s genuine transgression in these drawing rooms. Lubitsch’s radicalism, like Mizoguchi’s, rests on the simple extension of the rights of one gender to the other, so that Hopkins’ seizing of the sexual entitlement reserved for males ("A thing happened to me that usually happens to men...") becomes the path toward balance. The characters’ arrangement may at first amount to "trying to play jokes on nature," but the revolutionaries finally do storm the Bastille, clad in tuxedos—"Don’t let’s be delicate. Let’s be crude and objectionable." Originally dismissed by Coward purists longing for another Cavalcade (1933), Design for Living endures as one of Lubitsch’s most scintillating views of shifting emotion, utterly devoured by the Cahiers du cinéma crowd: Truffaut adds "la mort" to "l’amour" in Jules and Jim (1962), Une femme est une femme (1961) is Godard’s thorough analysis. —Fernando F. Croce 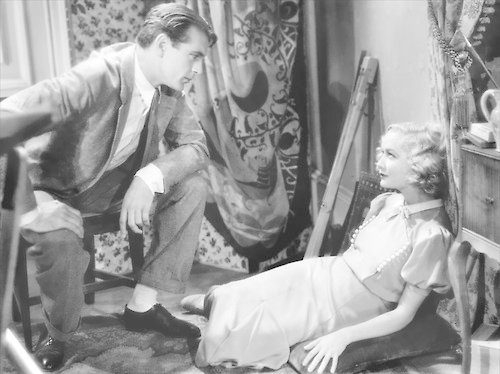 Could Ernst Lubitsch's Design for Living be a remake of Rouben Mamoulian's Dr. Jekyll and Mr. Hyde (1931)? Forget, momentarily, that the two films take place nearly fifty years and, aside from one or two scenes, over 200 miles apart; disregard, too, the wildly disjunctive styles of their respective auteurs and their less-than-analogous source texts. Mamoulian and Lubitsch are nevertheless in agreement where it counts: namely, that some urges will always trump the social mores that are meant to suppress them, and that Fredric March simply isn't enough man for Miriam Hopkins.

In Design for Living, two American artists—a playwright (Fredric March) and a painter (Gary Cooper)—on a Parisian sojourn cleave hotly to the same American wisacress (Miriam Hopkins), who first agrees to play their platonic muse, and then finds herself alternating between the arms and beds of each. Mamoulian's earlier horror classic, meanwhile, concerns an eccentric London doctor, Jekyll (also Fredric March), whose libido cries for more immediate relief than his hyper-Victorian fiancee (Rose Hobart) will provide; in desperation, he unleashes the hirsute imp of his perversion with the aid of an elixir, and makes a beeline for the dingy boudoir of a dance hall girl (also Miriam Hopkins) whose comeliness he'd previously examined under medical pretenses.

In both films, March's urbane frustration becomes an obverse surface that's forced to negotiate with or conjure its more brutish reverse (whether the freely licentious Mr. Hyde or the comparatively intuitive dolt-artist played by Cooper) for the sake of fulfilling desire. The true antagonist of either, then, is desire itself, over which men (and women, Hopkins reminds us) can't help but be of two minds—one rational, and one instinctive. And as the irrepressible passions of both movies' characters cause them to see double, the subtext of every shot ripens; innuendo is, after all, desire's rhetoric of choice. Yonic potted plants and membranous water lilies portend cock-blocking while the rigidity of an Art Deco theater design resembles a row of lonely erections. And Mr. Hyde, dragging Hopkins' strumpet off in a blur of sublime fury, murmurs an entendre worthy of Lubitsch: “You'll come with me!” —Joseph Jon Lanthier﻿