Three Takes is a column dedicated to the art of short-form criticism. Each week, three writers—Calum Marsh, Fernando F. Croce, and Joseph Jon Lanthier—offer stylized capsules which engage, in brief, with classic and contemporary films.﻿ 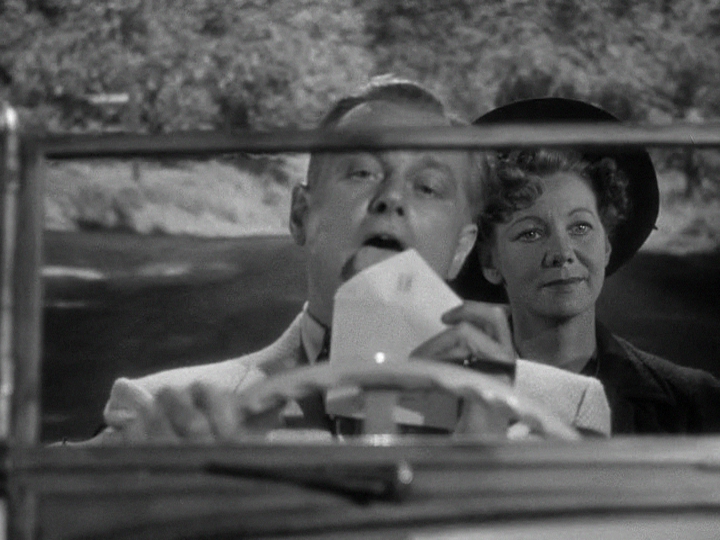 Correspondence is so often destroyed in Joseph L. Lewis' My Name is Julia Ross—by everything from smugly shredding fingers to curling flame—that the film starts to appear contemptuous toward text. The unlucky scrawlings belong to the title character (Nina Foch), an American expat in London who's kidnapped, dragged to the Cornwall coast, and installed as the faux-loony surrogate wife of a burly nobleman named Hughes (George Macready). (Hughes’ wealth is surpassed only by his barbarism; he reenacts his real spouse’s fate by jabbing a couch pillow, not insignificantly, with a letter opener.) Ever resourceful, the captive Julia scribbles SOS's on scraps of newspaper and even Hughes' own letterhead; having become involuntarily stationary, she turns to stationary for salvation. And as these efforts are thwarted by the annihilating means mentioned above, My Name is Julia Ross becomes as much about censorship as it is about anxiety toward distaff agency. A communicative war emerges; Julia, whose frantic cries for help to maids and guests are dismissed as psychotic, defends herself with text while Hughes attempts to control her with his mouth. (Hughes dominates his prisoner with darkly aggressive and bluntly mechanical kisses; after exchanging a desperate letter of Julia's with a blank sheet in a family-crested envelope, he laps at the adhesive rim with smug, monstrous relish.) Insofar as the film is a battle between expressive modes, however, one shot signals a clear victory—a harrowing close-up reveals conspicuous scratches down the right half of Hughes' face like asemic characters, composed in flesh as a record of pain. Text isn’t just a form of communication but a kind of evidence; Hughes is so haunted by the written word’s durability that he spends the entire film labially contradicting it. —Joseph Jon Lanthier﻿ 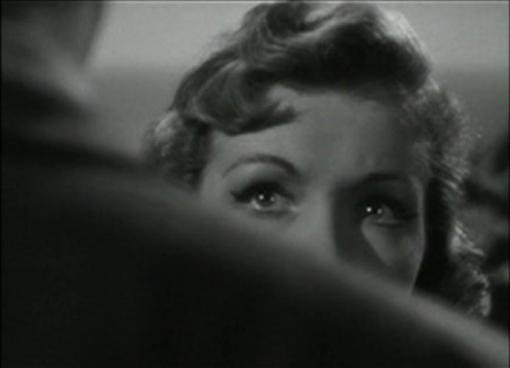 A woman awakens one morning to find herself uprooted from her London bachelor flat and on lockdown in a spacious Cornwall manor, dressed down and ring-adorned, referred to by strangers as a wife with a new name. And she may ask herself, well, how did she get here? My Name is Julia Ross is a brazen assertion, a feminist text defined by its defiance: its allegorical dimension is candid and nearly universal, shocking for how clearly its pain and anger—at the suffocation of a very naturalized sort of oppression—is articulated. Julia Ross awakens as Marion Hughes, suddenly married and ostensibly insane, smothered by a life she quite literally didn’t choose; feeling alienated and alone, she can do nothing to escape her captors, who insist that, on the contrary, they are benefactors happy to provide. Tacit domination, however polite its airs, is nevertheless still domination, and the film suggests that any woman who rejects the exertion of institutional force must be socially coded as in hysterics. (The townspeople refuse to accept her pleas for help, preferring to write off her fears as illness and her claims of capture as fabrication.) Alienation before commitment: during a period where a woman can choose either the married life or none at all, such feelings pervade every engagement, an unspoken pressure coursing through the institution, looming over every knelt-down proposition and clung hard to every ring. In 2013, of course, we speak of liberation, of the freedom to defer or to forgo marriage altogether, and yet the popularity of this most naturalized oppression endures, no doubt a source of precisely the fear and anguish this film expresses with care. And it cares deeply: Lewis remains deeply empathetic, his camera finding Ross subsumed by her suitor, the noir lighting and expressionistic production design ever on the verge of swallowing her whole. Nina Foch plays the trapped woman with a depth of despair, her early independence both a point of pride and an eventual liability. Admire the cheerful enthusiasm with which she sells herself to her prospective captors: “I’m completely alone!” Not for long. —Calum Marsh﻿ 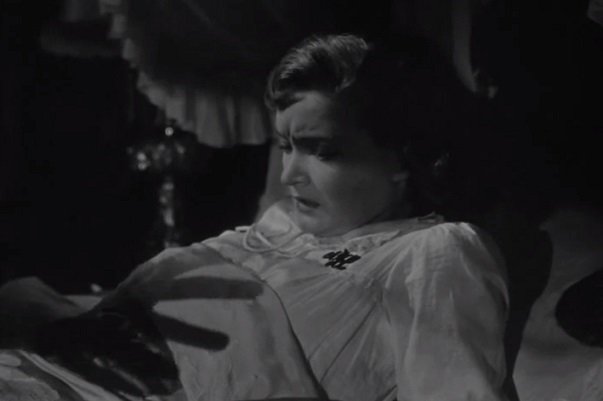 ﻿Joseph H. Lewis had gone through some twenty shoestring assignments by the time he got to My Name Is Julia Ross, and his directorial eagerness—the opportunity to lavish visual storytelling on relationships instead of just squandering tracking shots on Dead End Kids comedies—is evident. From the opening scene, in the camera follows a wispy figure out of a downpour and into a London boarding house (with the character’s identity meticulously obscured for a couple of minutes), virtually every shot is a little more ornate than expected. Gothic melodrama is the subgenre, with Dame Mae Whitty’s presence inescapably evoking connections to the anxious heroines of The Lady Vanishes (1938) and Gaslight (1944). A reassuringly stately dowager elsewhere, she’s here a wily old manipulator, chiding the dandified leopard she’s whelped (George Macready) for being unable to control his murderous impulses while comforting the confused woman locked up in her seaside mansion’s bedroom (“Nerves, dear. Just nerves”). Said woman is the eponymous Julia Ross, a rootless Yank hired as a live-in secretary and then forcibly made into a player in an elaborate scenario to cover up the psychotic scion’s indiscretions. “Sleeping pills to keep me down, prowlers to keep me awake,” Julia says, terrorized but not for a second giving in to this couple’s attempts to mold her into a substitute for the son’s vanished wife. A shadowy hand creeps over the heroine’s body in bed, a staircase crumbles beneath her feet, waves crash ominously outside her barred window—Lewis films all of this from a fluid, almost Premingerian distance, shifting the characters in the frame according to their positions of domination and revolt. Very much a hungry director’s calling-card to Hollywood, yet also filled with fascinating feminist force, stylistic invention, and darkly comic critiques of conformism. (Faced by the imprisoned woman’s cry for help, the local vicar can only describe Macready’s psychotic behavior as “touching.”) Pair it with The Big Combo (1955) for a Lewis double-bill of women navigating the spaces between bondage and madness. —Fernando F. Croce﻿