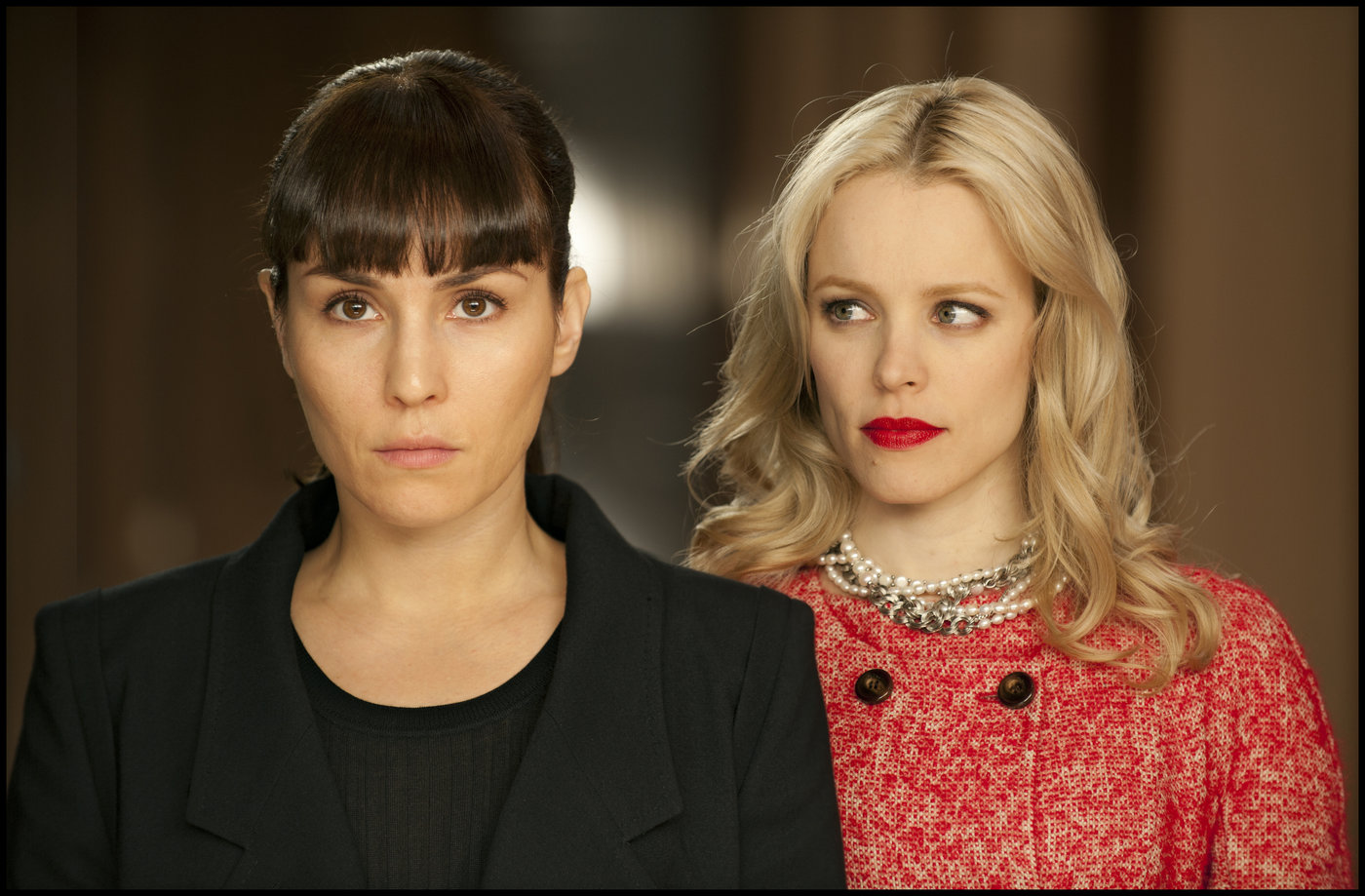 Where to start? The festival finally has enough balls in the air that I'm not sure what to juggle, what to toss to you, what to grab from your pile!

You suggest something running through the movies here and certainly an issue dealt with by many filmmakers of a certain age—to steal a word from the English subtitles of Nicolas Rey's remarkable, undefinable differently, Molussia (more on that to come, I hope): it's a question of legacy. Après mai (a far better title, you are right), did not work for me either; it was the first Assayas film I generally found boring, a combination of its simultaneous engagement with the conventional images and motifs of a film taking place in the aftermath of May '68 at the same time as it failing, for me, to find images of these things. (How dull a complaint of "boring" and "it did not look good"—but still, on a fundamental level a film engages me if it is giving me things to think about, look at and hear. The burden lays equally with the viewer though, to think, look and listen—I may have missed much.) Compulsive, unspooling images—a hallmark of Assayas' filmmaker—seemed vacated from this work, which struck me as feeling like the result of a long time assistant director who was promoted to make a film produced by Assayas, with a more generalized result.

This reaction makes me very sad; not just feeling unconnected to the last two works by a major filmmaker whose work  moves and excites me, but that such a personal project that's engaging such a crucial moment for French filmmakers failed to resonate with me in a way that, I don't know, works like La gai savoir or Regular Lovers or Romain Goupil's devastating documentary Mourir à 30 ans do—films that captured or found such unexpected and varied expressions to pursue, so many vectors of personal investment and political theory radiating out from the era. You mention the legacy of the French New Wave, but it's not one I see here, unless, perhaps, one sees the film as continuing in Truffaut's spirit, which it sometimes felt akin to, but I admit—gasp!—I've actually seen very little of his work outside of the 1960s.

But the real film legacy project here at TIFF is Brian de Palma's Passion—for me, the film (or, actually, video) of the festival so far. It is an old man's movie par excellence, taking film history as the subject of a work of cinema that would better fit within the context of the experimental works in the Wavelengths section than in the multiplex in which it was shown, seemingly baffling an audience expecting a semblance of realism from the screen. Its oldmanness is the deep, precise pursuit of the conventions of the cinema De Palma has been engaging with for the length of his career, and thereby engaging his career itself.

A remake of the solid Alain Corneau corporate thriller Love Crime, De Palma plunges without hesitation into the iconography, audience expectations, and conventions of noirs, sex thrillers, corporate intrigue, post-Hitchcock films and Brian De Palma movies themselves, retaining the shell appearance of all of these things but hollowing them from the inside out. The result is something out of late Resnais—a study of a study. And that study, of course, is of the cinema image. Remember how Rebecca Romijn watches Stanwyck in Double Indemnity at the beginning of Femme Fatale, as if taking notes? The characters in Passion have taken notes from Femme Fatale: an abstraction based on a fiction based on a fantasy. It is complex, dextrous, and awkward: Rachel McAdams plays and acts the seductive, power hungry blonde in a performance that is like a kabuki imitation of the type; Noomi Rapace is her underling, friend, object of love and obsession, our heroine and, therefore, at first, directed to act “normally.” (This film's skewering of cinematic female friendship is twisted, sinister, cynical and terribly interesting.) Like in Paul Thomas Anderson's The Master, but far more knowingly, cleverly, the director is here forcing a confrontation between two entirely different acting styles and kinds of characters. In Passion, one is ostensibly a hollow signifier, the other our, the audience's, psychological subject, person of empathy. Except the film, lurchingly structured in three fascinating sections, with the middle one styled radically differently, introduces a third character, another woman (which brings the collection to: a blonde, a brunette and a redhead), who begins to appear more normal as Rapace's character enters deeper into the story and begins to be abstracted by the movements and conventions of her plot. We lose our focus on one as another comes in. Where the film leaves us, after developing this schema and then following its "thrills" to the end, is truly disturbing.

I feel like I could talk about this movie forever—it comes so welcome after, in Cannes, suffering through the shockingly disrespectful cultural and cinematic ignorance on display in another ostensibly generic, and homage filled film, John Hillcoat's deplorable Lawless. De Palma's film is suffuse with a deep knowledge film history and aesthetics, and, in yet another remarkable engagement with digital video (after his first foray in his last film, Redacted), has constructed a film that questions our expectations, understanding, interest, empathy and perspective on them. The lucid, confrontational clarity of the digital images renders the film's hermetic artifice—despite being often photographed on location—even more dissonant, heightened and abstract. The archness of the film is absolute. It is a work of cinephilia but one which remarkably takes the form of a step forward—it's an object that exists in the continuum of the subject that it is studying.

I know you liked this film too, so I'll perhaps let you take the baton from my ramblings, because I haven't even begun to talk about De Palma's use of video in this, his close-ups which appear like nothing else in the festival, his total understanding of what's interesting in Rapace's face, of the startling falseness of McAdam's sub-Dressed to Kill simulacrum, the film's perverse and knowing humor and absurdity, its roleplaying, the images within images (him and Ferrara both, loving Skype video calls!), including a mini cellphone cam movie that is pure De Palma and also an advertisement for jeans. What else, what else? Oh, to leave you with another favorite: the film's one split screen sequence, a magnificent anti-set piece, yet so clever, placing a ballet performance in one screen with uninteresting plot mechanics in the other—only to culminate in a murder. Can you tell I'm excited? This film is strange and rich. I'm sorry I can't be more coherent and structured in this, as it appeared a lot of people didn't like if not downright hated or laughed at this movie, which I think is a mistake. 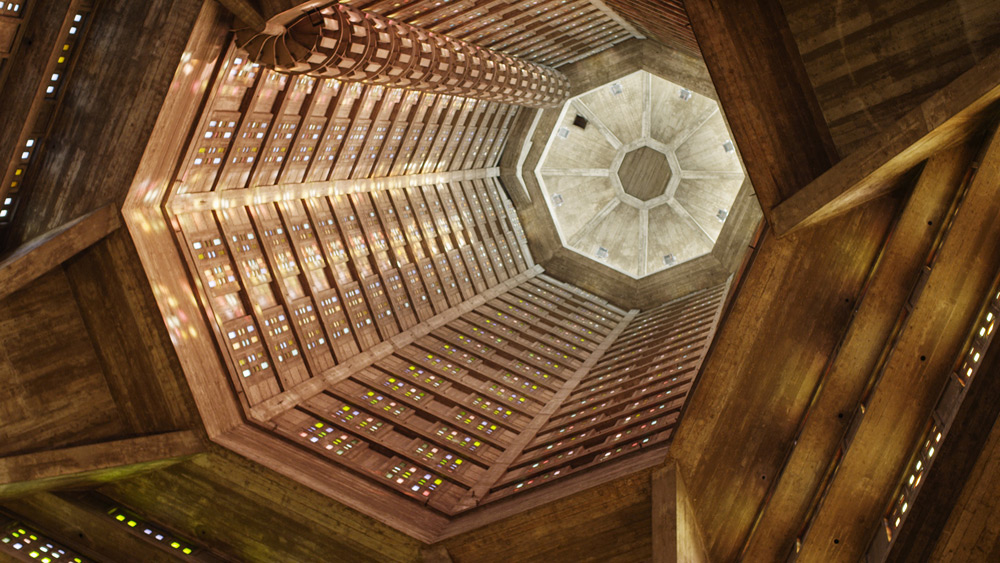 Let me take a deep breath for a second, to talk about Heinz Emigholz's sublime Perret in France and Algeria—another legacy film, this time architectural, tracing chronologically the projects of French architect August Perret. Starting in the 1900s and ending in the 50s, moving from France to Algeria, back and forth, the film is an aurally sonorous but visually very still tour through Perret's work for the senses and of the mind. Still in two senses: the camera very rarely moves (like in Ozu, and early Antonioni, each camera movement then appears momentous, an event. Emigholz saves one for the end which is a breathtaking reveal of the interior of a church steeple) producing a still but never unalive image; and the film's edited progression of these images produces a sense of calm, thoughtful consideration.

Surprisingly, despite the film's total clarity, the final effect is impressionistic, as the work takes the form of a visitor to the exteriors, and, sometimes, interiors of these buildings. This visitor chooses to look at this and that, a stopped peering—we don't see movement between the attentive glances, so each edit is as if someone stopped here and looked right there. Always an interested, educated glance, but tellingly never methodical, thorough or comprehensive—as such false, assembled completeness seems antithetical to this approach of personal discovery and selection, generously offered to us. Edited together, the spectator's mind takes this visitor's fragmented, calm and inquisitive observations and builds the spaces out—without narration the only context is titles only telling the name of the building, location, year of construction and date of filming—finding and re-constructing details, themes. These are within the buildings and then across them, across types too—public and private, churches and state buildings—and of course the two countries, continents, cultures. If I took my gaze away and then returned it, missing a shot or two, I realized I lost something I didn't realize I was unconsciously following: a very subtle, eloquent line of thought. The legacy are these building's existences and uses (or ill-uses) in the present—or, that is, in 2011 when they were filmed, so the documentary itself is now part of a record of engagement with Perret's work, engagement in thought, observation, movement and consideration of use. I say this last because the buildings were intended to be used, and are now being used, as originally planned or in new or evolved ways; and in between these, the camera is “using” architecture, the editing intervening too, and building something new, yet an homage, a document to reality, and a building itself, though a construct, of course, created in our minds.

This is getting far too long—too many films, too much to note!—so I can't pay proper attention to the Wavelengths shorts programs I've seen in the meantime. Luckily, Michael did much of that for us already. Stretching thin theme of legacy, I was moved by Nathaniel Dorksy's unexpectedly representational August and After, which includes (as Ryland noted earlier this year)﻿ images of the late George Kuchar within a more disjointed yet more impressing and literally clear work. We simply see more things we know we're seeing—which I suppose could be a disappointment for some, but how to be disappointed with a shot like the one at the film's beginning of a corridor of sunlight between two buildings, the image led by a flag flapping at its top and when clouds move aside to let the sun shine through we realize not only are we looking at a reflection through a piece of glass but that a human-like mannequin behind the class magically appears on the entire image like some stage magic trick. It is a film that evokes, like much of Dorsky's recent work, the acute poetry of an everyday we simply can't see. You look at his images and you say yes that's in this world but somehow I've never seen it look like this. For a film that includes more “recognizable” camera subjects, this effect is even more powerful because the mystery is now behind something I know I'm looking at. A market sequence is like an homage to Pickpocket, an energetically edited, subtly rhymed and rhythm'd construction of passing shadows, colorful held objects, the texture of jacket cloth...﻿

And so now I must end. I saw the Lu Chuan and Sono Sion but can find not strong, positive words to say about either, for which I apologize. I'll leave now, on the hope of passing De Palma on the street at this festival and heaping unwanted praise on his startled person.