Here I am at the Toronto International Film Festival for the first time, searching for where I fit in as both a spectator and a writer. In addition to being a third wheel of sorts representing this publication, as Daniel Kasman and Fernando C. Croce have revived their lovely “Correspondences” series that debuted at last year’s edition, I am also navigating the massive programming without the privilege of accreditation.  I find myself in a not so unfamiliar position, purchasing tickets, budgeting my schedule instead of merely assembling it; after all, it was only just over a year ago that I was accredited at a festival for the first time. So, as I said, I’m searching, for an angle (and tickets!).

What follows is a reworking of the “Impressions” format I used at the Berlinale earlier this year, which allows me to share brief snapshots of initial reactions to the films, not reviews per se, but honest records of how these films made me feel and what they made me think about during and shortly after seeing them. 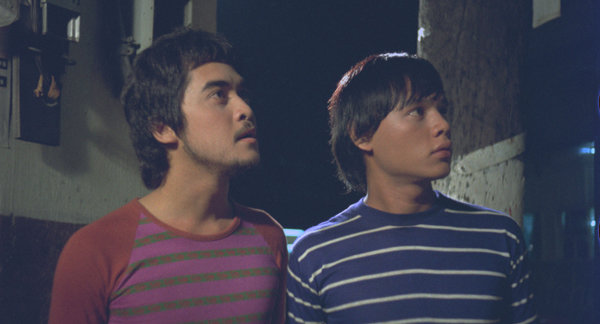 MANILA IN THE CLAWS OF LIGHT

"Brocka loves flinging his characters into the traps of mise en scène, he never turns away when they are overwhelmed by emotion, and once they are cornered, neither can we.﻿" –Serge Daney

A film I knew nothing about before seeing it, I wanted to delve further into Filipino cinema after finally seeing films by Lav Diaz earlier this year (Norte, the End of History at Cannes, and the masterpiece Batang West Side at Locarno). With a similar classical style that I was surprised to discover in Diaz, Brocka's incredible film follows a young man trying to survive in Manila. At first he gets a job at a construction site, where the workers are all exploited and paid practically nothing. Most of the men shack up at the site together at night, unable to afford a proper place to sleep. The lead actor, Bembol Roco﻿, who reminded me of a young Lee Kang-sheng oddly enough, is excellent, and as are most of the surrounding cast. It's rough around the edges, but in that same way 70s American films were, with a nearly perfect balance between formal beauty and a realist sensibility. The scenes of the employees at the construction site reminded me of when Peter Falk goes to work in John Cassavetes' A Woman Under the Influence: there's an intangible sense in the air of begrudgingly slaving away at a workplace with others. Starkly pessimistic, the film is unrelenting in its unveiling of Manila's oppressiveness and in its portrayal of an impoverished citizen's loss of hope in the city.

Manila in the Claws of Light played in the TIFF Cinematheque programme curated by Brad Deane, beautifully restored from a damaged print salvaged by that great soldier of cinema, Pierre Rissient﻿. The restoration was undertaken with help from Martin Scorsese's World Cinema Foundation. 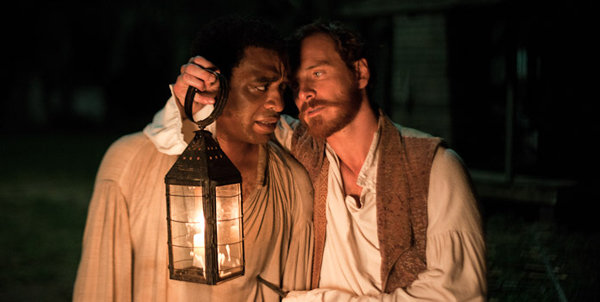 Following the true story based on the memoir of Solomon Northup, an African-American who was born free but kidnapped and sold into slavery, 12 Years a Slave is, for me, the first of Steve McQueen’s films to transcend the pretensions of its subject matter. One wonders if McQueen could make a film without such “difficult” subjects—to an extent, “difficult” subjects can be easier for a filmmaker in that they command a default level of reverence from the get-go, and regardless of the success in their making inevitably always have a head-start in earning prestige. I entered the film skeptical, and although it is in many ways uneven and still falls victim to some of McQueen’s nasty habits, for the most part it’s dramatically compelling, beautifully acted, and visually and aurally sophisticated. McQueen’s distinct style finally finds itself intricately interwoven with a narrative instead of feeling like a separately operating force. This is McQueen's first film about being a human being, or, rather, his first that articulates individual human experience removed from the rigidity of concept and metaphor present in both Hunger and Shame. Chiwetel Ejoifor's Solomon Northup is more emotionally realized than Fassbender's lead performances for McQueen, and much of the film's power stems from his command of the screen. McQueen's penchant for the sensual bodes well here, alternately emphasizing profound moments of physical pain and unexpected moments of sensory beauty.

The film's problems, though, are impossible to ignore. The successive barrage of recognizable celebrity actors that appear throughout its episodic structure is distracting and unnecessary. Perhaps it is part of McQueen's strategy to have this film reach an audience to arbitrarily throw in talents like Paul Giamatti and Brad Pitt for brief appearances, or, for a more complex reading, to place recognizable, likable people in despicable, unexpected roles to shock the target audience's bourgeois sensibilities (though it bears mentioning that Pitt, also a producer on the film, is one of the few stunt cast members to play a morally righteous character). The aforementioned structure is also flawed, providing an unmotivated elliptical feeling to the first half, which clashes with the second, when the film finally settles down in a single location. This is where we meet Michael Fassbender and Sarah Paulson, and the film's most interesting conflicts arise from the dynamics of their characters. For a film postured as progressive and liberal, however, it is problematic how the story's tragedy is framed as Northup's fall from being a respected citizen to being a slave, specifically making this a tale of an educated member of the middle class in New York unfairly falling into slavery. Ultimately, it is difficult not to surrender to 12 Years a Slave—but thankfully not because of its subject matter, but because its director refuses to. 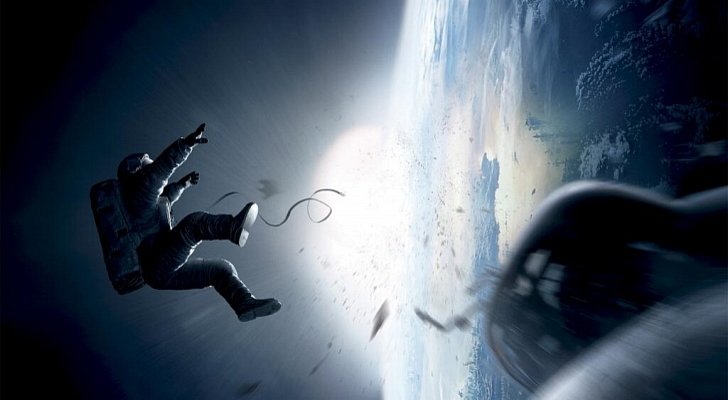 Whatever misguided impulse led Alfonso Cuarón﻿ to make the baby in Children of Men's intense birth scene completely CGI—in an otherwise impressive if flawed film—is driven by the very same sensibility that has given us the whole of Gravity. Cuarón believes too fervently in artificiality's power to deceive, and the result is a film so hypocritical that it crashes back down to Earth far sooner than its climax. Opening with two successive (very) long takes before succumbing to the necessities of editing, Cuarón is bent on recreating the sensation of floating around in space, basically helpless, twirling about in every direction. This pursuit of formlessness to create an effect is quickly undone by the film's reliance on formal conventions and the need to tell a story visually. The camera swivels around seemingly randomly, perfectly framing Sandra Bullock and George Clooney whenever it wishes. An additional obstruction for Cuarón﻿'s ambition is the film's CGI and effects: Clooney and Bullock are surrounded by unconvincing animations, never once does the film successfully situate them in a context that feels physically real. The performances are rendered awkward by the digital touch-ups on the actors' spacesuits, as if the paper thin writing weren't enough sabotage.

In Children of Men, Cuarón﻿ did an excellent job of creating a visceral environment, placing his characters in a physical and intensely believable context. The long takes in that film are motivated by the need to place emphasis on specific moments of action and suspense. It is in the contrast from incredible scenes like the car ambush to the rest of the film that gives them meaning and power. In Gravity, Cuarón﻿ thinks a film can be sustained by this mode alone, and stripping the film of the atmosphere it so desperately wants to create—what's left is tacky, nothing more than the equivalent of a mediocre video game cut-scene.