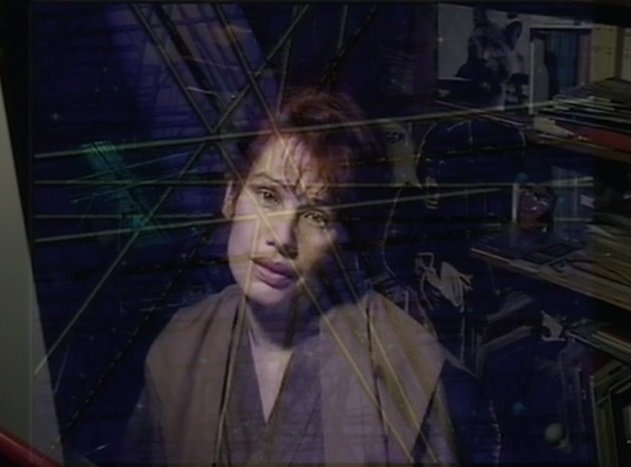 It was only natural for Chris Marker to take to online culture as keenly as he did in his later years—in his quizzical, often unclassifiable cinema, where ultramodern technology shares space with humanity’s insistent past, he had envisioned linkages of disparate global data long before the Internet had its first dial-up connection. Marker’s 1997 feature Level Five (having its North American premiere August 14th as part of BAMcinématek’s comprehensive retrospective) finds the great, elusive essayist deep in cyber-territory. A hand, perhaps Marker’s own, maneuvers a tabletop computer mouse in the introductory POV shot; the camera zooms into the pixelated blur of the machine’s monitor which is readily filled with superimpositions of nightscapes and faces. “What can these be,” asks a disembodied female voice, “but the playthings of a mad god who made us build them for him?”

That's William Gibson territory, and, indeed Level Five's heroine first materializes quoting the sci-fi writer's opus, Neuromancer. Surrounded by screens and cables and stacks of discs, Laura (Catherine Belkhodja) faces the camera's eye and placidly recounts Gibson's vision of cyberspace as a "scary hallucination" for cavemen. Then her own story, which she describes as "a game that won't work, a woman going loopy." The game is a strategy puzzle, left unfinished by her late beau; its goal is to reconstruct the Battle of Okinawa at the end of World War II. Endless bits of information are literally at her fingertips, as the Internet (here known as Optional World Link, or, as befits one of Marker's recurring mascots, O.W.L.) connects her to graphics, statistics, and video testimonies. The more she learns about that most brutal of Pacific War confrontations, the more profoundly she personally identifies with the island's historical wounds. "Let's give it a name... Okinawa mon amour."

Like Cocteau's La voix humaine, Laura's entries form a beautiful captive’s simmering monologue to an absent lover. Her cluttered office is a cell and a womb, dense with the ropey wires and bulky goggles of not-quite-streamlined online apparatus. Puncturing this immersive membrane is the film's documentary half, expressed in a complex overlay of interviews, newsreel footage and film clips and haunted by Okinawa's dolorous past. The site of horrific, state-approved mass suicides in 1945, the Japanese island still aches with war's orphans and widows, with a lingering sense of betrayal for imperial causes. "Okinawa was sacrificed," declares the great Japanese director Nagisa Oshima ("surveyor of memories," Marker calls him), while the aged Reverend Shigeaki Kinjo recounts helping kill his family in order to spare them the shame of being captured by American forces. Watching and listening to them, Laura is shaken by these phantoms of remembrance made abruptly tangible as computer-generated images.

The Internet in Level Five is a liquid realm for plugging in and losing yourself, and possibly drowning. Laura (so nicknamed by her lover after the Preminger film, a tale about falling in love with an image) at one point briefly steps outside for a stroll through a tiny zoo that irresistibly evokes La jetée's frozen bestiary. Suffering from "time-aches like headaches," she goes back inside and speaks to her mechanical pet parrot just so that she can hear her faint words back. (The robotic bird falters, in a moving reversal of the story of Flaubert's stuffed parrot coming to life.) When last seen, the heroine is controlling the camera's distance and focus with the press of a button, morphing herself into a forlorn galaxy of pixels. A sly pathfinder who never lost his explorer's sense of curiosity, Marker was once described by his longtime friend Alain Resnais as "the prototype of the twenty-first-century man." This is a fin de siècle masterpiece crafted with life-worn hope for the new millennium just around the corner and a rueful awareness that the world remains as evanescent as ever. 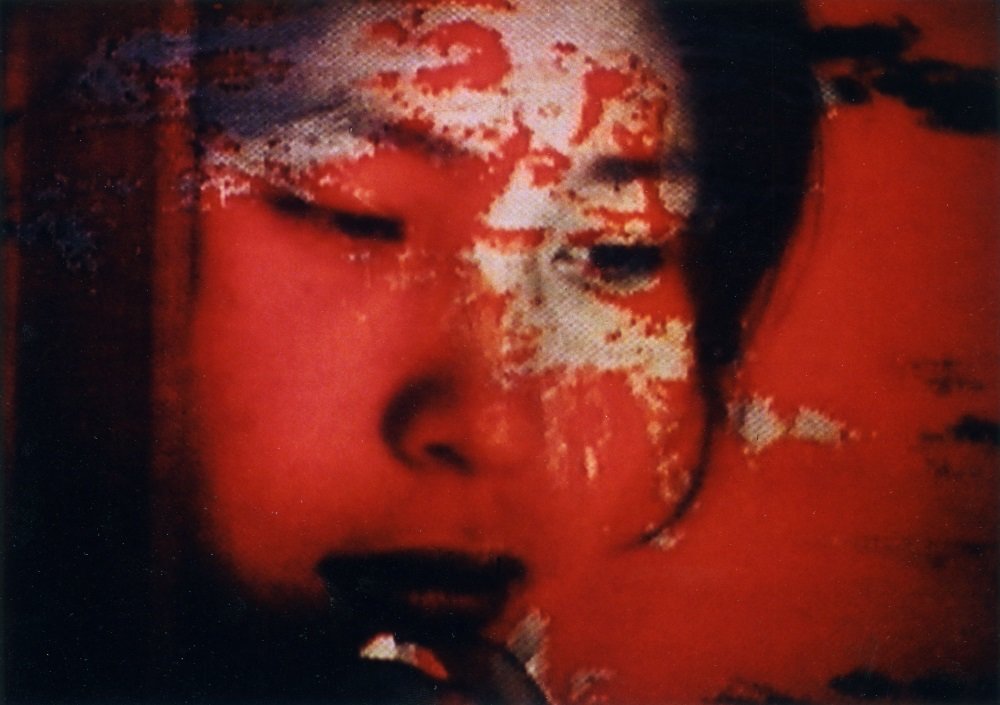