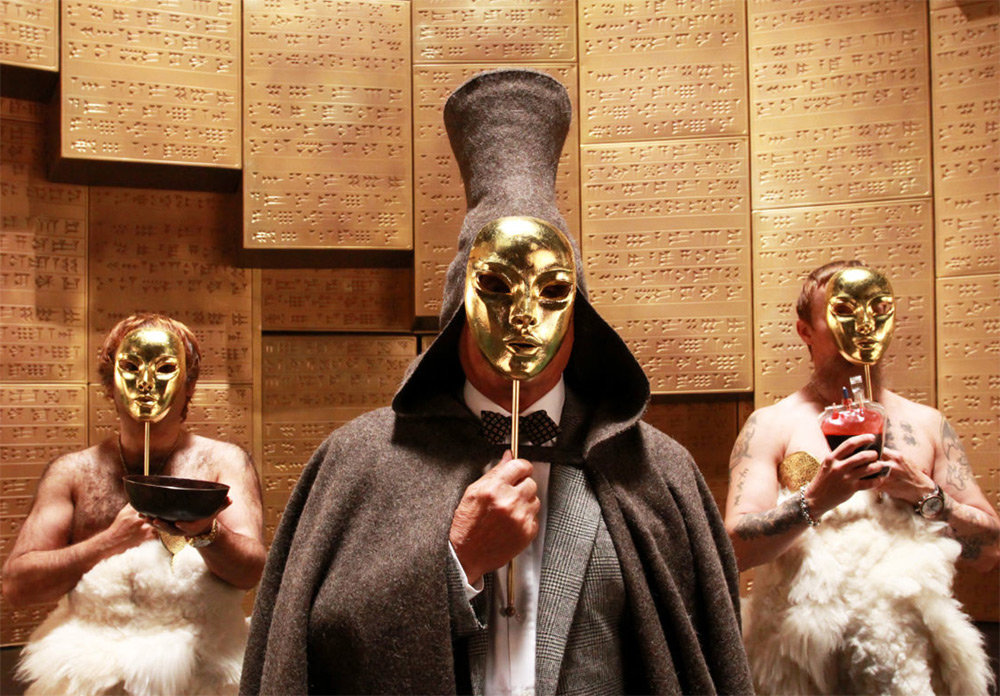 At Toronto's halfway mark, yet another terrific Russian film surprised me: Victor Ginsburg's Generation P, which opened domestically before appearing at this year's Moscow and Karlovy Vary festivals. Based on a 1999 novel by Victor Pelevin, the fast-paced, effect-filled movie tracks a young intellectual's progress through the chaotic post-Soviet years, when he stumbles into the burgeoning advertising business and eventually finds himself manipulating a vast quasi-governmental propaganda machine. The joy of the film is that the smart and able protagonist is neither a naif nor a cynic, and preserves throughout his progress a connection to his youthful philosophies, which lean toward a lysergic mysticism. Managing to convey the amoral brio of dizzying success while keeping a humorous and thoughtful perspective front and center, Generation P is insightful about and accepting of the multiple and contradictory lives that people live. 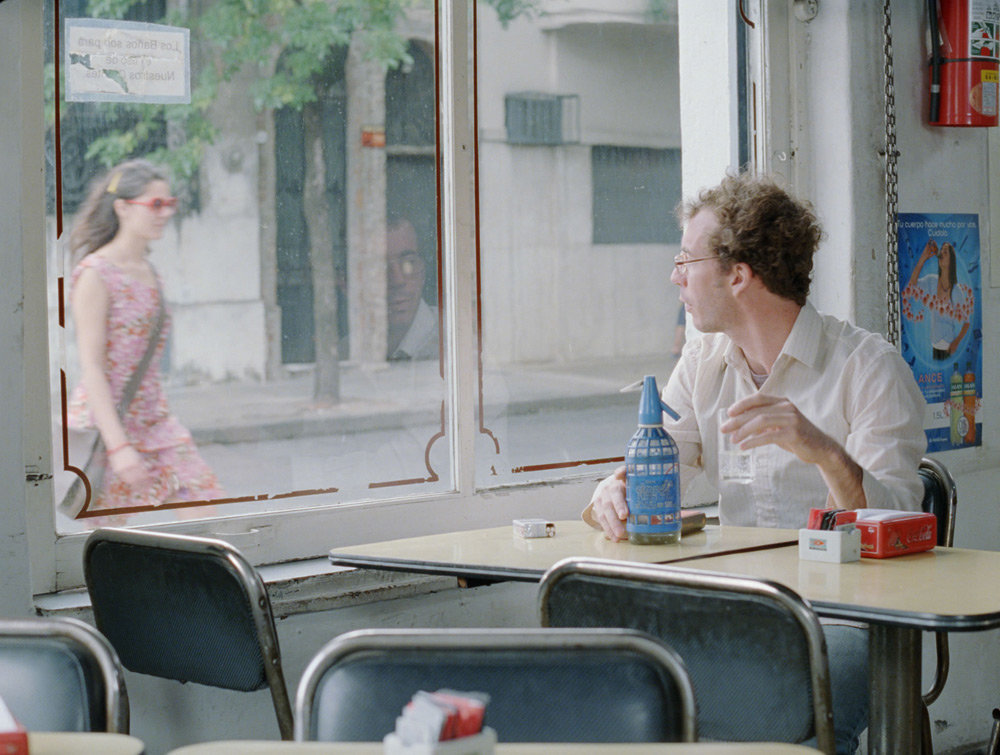 Rodrigo Moreno's A Mysterious World, which was in competition at Berlin this year, is quite a change-up from the director's 2006 El custodio. Both films benefit from Moreno's precise, premeditated compositions and decoupage; but whereas El custodio keeps a narrow focus on a man with a rigidly defined life, A Mysterious World seeks to define itself and its protagonist as it expands into an infinity of fictional possibilities. At first the film's hero might seem a bit emotionally stunted; briefly, he seems a murderer; later, a functioning member of an intellectual subculture; and at times, perhaps even a pickup artist. Within loose parameters—the film starts with a breakup, and the suspended relationship hangs over all the protagonist's activity—the film meanders freely, finding pleasures in unexpected places. (One of the most enjoyable interludes shows the main character hanging out in a garage on New Year's Eve, watching a mechanic fix his car; the bond of a common goal overrides the men's cultural dissimilarity for as long as the work lasts.) Moreno risks confusion with this cumulative approach to fiction, and achieves it at least once; but there is something invigorating about the film's narrative riffing within a secure stylistic frame. 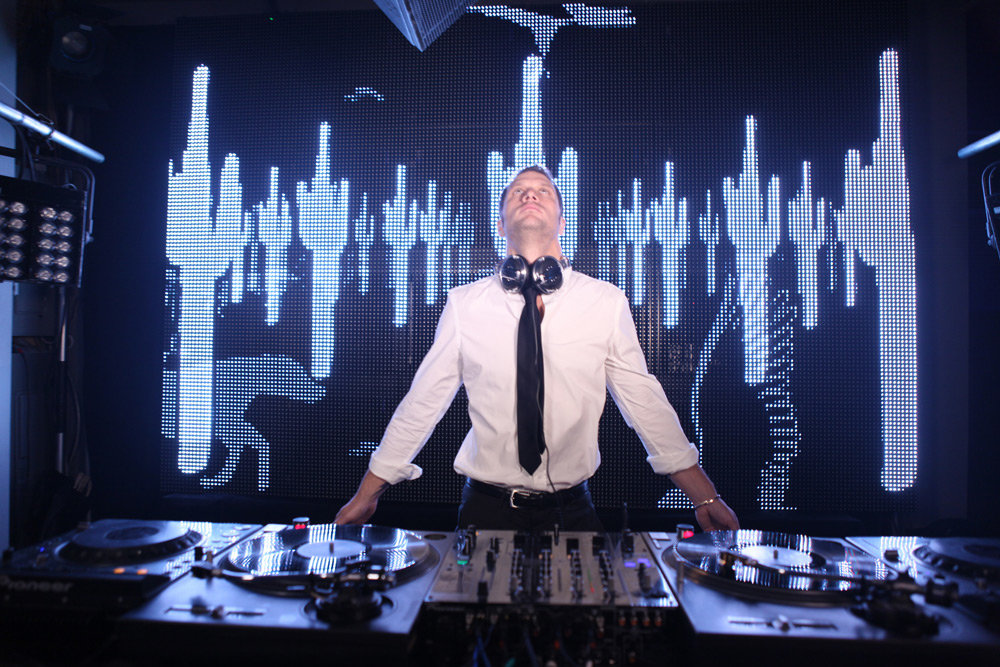 After the debacle of his commercial project The Young Victoria, I was happy to see Jean-Marc Vallée return to the general stylistic neighborhood of the excellent C.R.A.Z.Y. with his new film Café de Flore, a Venice premiere. The story, which reaches across space and time to interweave two seemingly unrelated family dramas, thrives for a while on Vallée's control of rhythm, his carefully selected music (I bet the producers remembered to clear the rights this time), and his beautiful and romanticized lighting, with its special emphasis on partially illuminated rooms and spaces. If Vallée's style resembles that of any director, it would be Claude Lelouch, and here he exhibits some of Lelouch's oversights as well as his virtues, relying on an almost mythological view of love without addressing certain related practical social issues. Café de Flore ultimately works out its central mystery but never quite guides its characters' journeys to satisfying dramatic resolution. 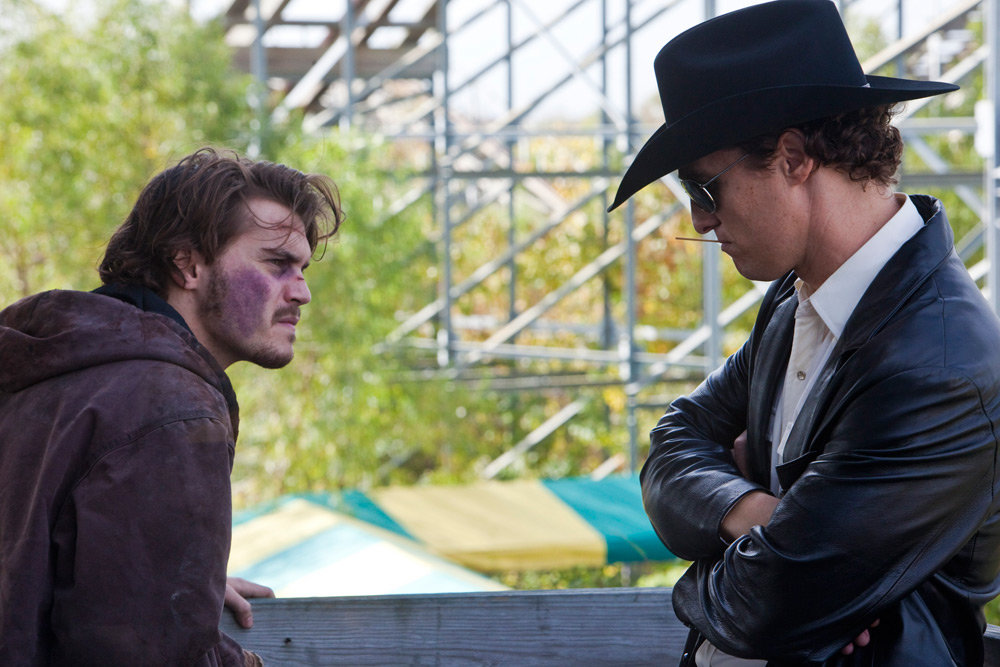 William Friedkin's Killer Joe received varying reactions at its Venice premiere. I'm a Friedkin fan, but this one let me down: Tracy Letts' script dives headlong into camp and excess, mixing film noir and Southern peckerwood comedy in a lurid story of a white trash family hiring a hit man to kill one of their own. Friedkin embraces the concept, and brings an extra edge of morbid threat to the violent and prurient melodrama. But that's arguably not a help here. A more serious film noir with an much higher body count, Pen-Ek Ratanaruang's Headshot, a Toronto premiere, visits Job-like punishment on its honest-cop hero in order to make him join an underground vigilante group. What drew Ratanaruang to this unsuitable and rather dopey material I couldn't say, but eventually he manages to bring the movie at least partway around to the things he cares about—like the hum of a moving car at night with a man and woman inside.