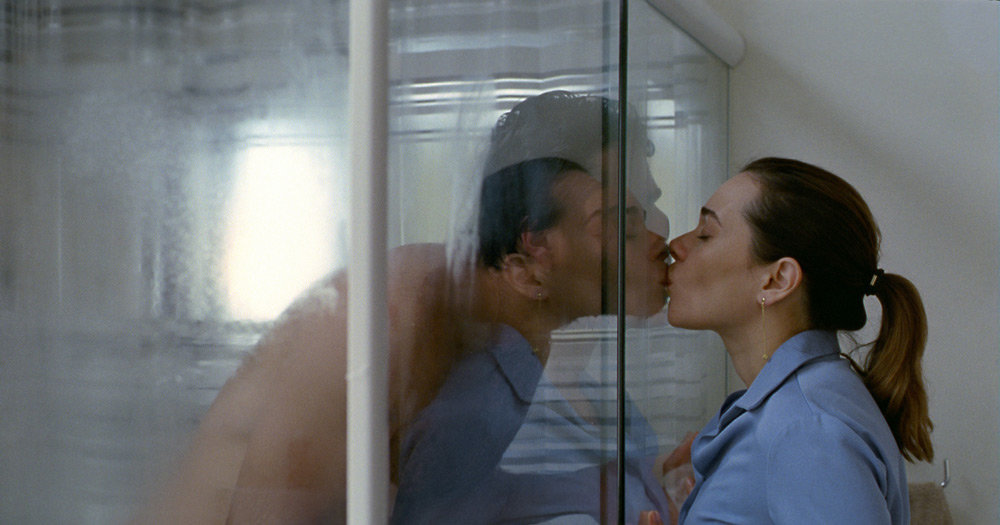 Two of my favorite films from days three and four of the Toronto Film Festival were experiments in duration. The less acclaimed of the two, Karim Aïnouz's The Silver Cliff, which premiered in the Directors' Fortnight at Cannes, takes a never-fully-explained family breakdown as a pretext to follow a husband and wife as they pace out their anguish through thirty-six hours. The film has no big revelations up its sleeve, and at times one is forced to observe that people may not be at their most interesting and differentiated at moments of crisis. But if one has to watch 84 minutes of tracking shots through Rio de Janeiro, Aïnouz is the man for the job, with his superb eye and his knack for balancing documentation of the environment with a focus on the individual. Eventually the beleagued couple fight through the worst of their blue funk and start to throw us a few surprises, and the film is at its best as it wanders with its insomniac characters through beaches, clubs, and airports in its second half. After a handful of films, Aïnouz's dramatic instincts are still not resolved in my mind; but he is a born filmmaker who gives pleasure on contact. 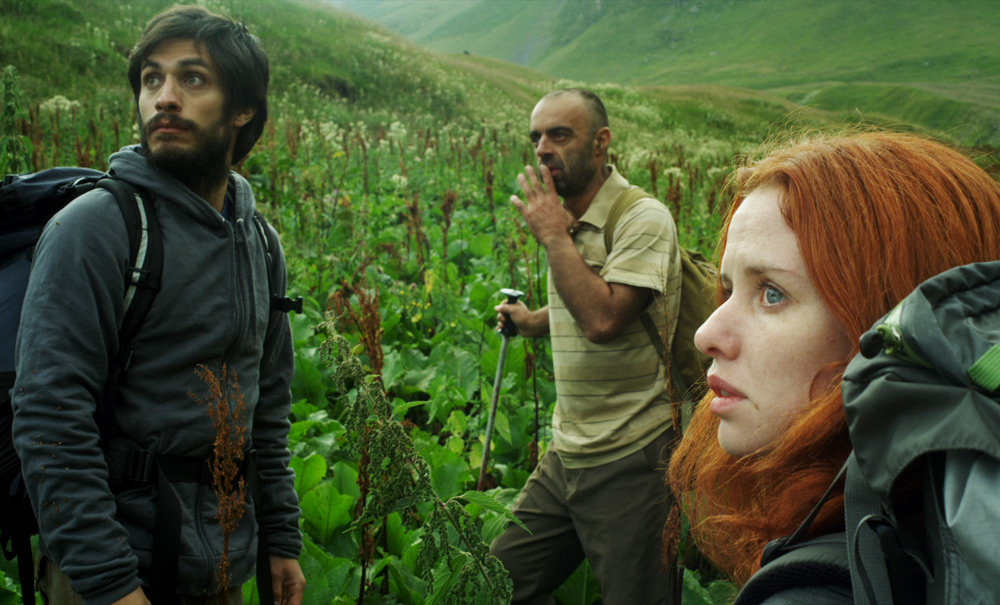 Julia Loktev's remarkable The Loneliest Planet, a Locarno premiere, uses duration more as a counterpoint to drama than as a transformation of it. An account of two young, hip travellers hiking with a hired guide in the remote mountains of Georgia, the film relies on its charms as a travelogue to keep audiences in their seats during its first half (a strategy that worked only sporadically with the impatient Toronto press/industry audience). Then, near the midway point, a singular event occurs—an event that utterly destroys the characters' (and our) complacency, but that leaves them outwardly unchanged. The rest of the film is a waiting game: anything can happen, and perhaps whatever happens is not as important as our loss of confidence in the facade of quotidian life. As I watched, I wasn't sure that the actual experience of the film was as exciting as its concept; but in retrospect my admiration for Loktev's rigor and restraint is growing. 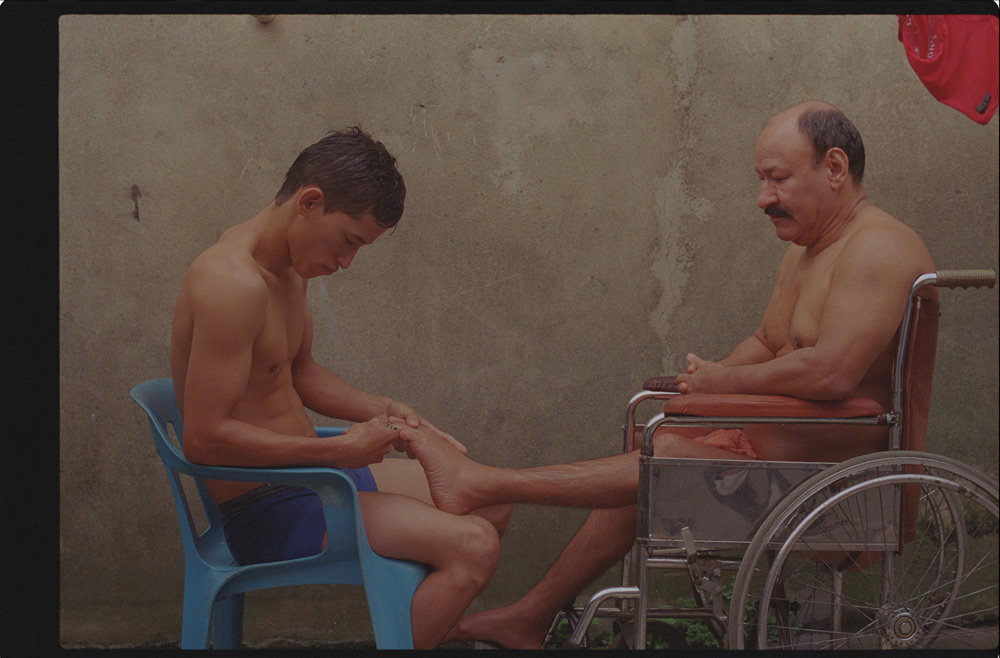 My other recent TIFF highlight, Alejandro Landes's Porfirio, is especially pleasing because it seems a pure triumph of directorial sensiblity: an outline of the project would not hint at the film's virtues. The eponymous protagonist is wheelchair-bound in a small Colombian town, years after a police bullet hit his spine. The modest plot concerns itself with Porfirio's growing frustration, leading to an act of terror to protest his treatment by the government. But Landes is far more interested in the beatific expression of the non-actor playing Porfirio, in the adolescent pleasure Porfirio takes in his torrid love affair with the woman who lives next door, and in the space defined by the movements of Porfirio's damaged body. The widescreen aspect ratio is just right to depict the often horizontal protagonist, and Landes's lovely, symmetrical compositions are generally scaled to the dimensions of the people who inhabit them. Continuously imaginative in both the visual and the behavioral realms, Porfiiro, another Directors' Fortnight premiere, conveys affection for its people more directly than any film I've seen lately. 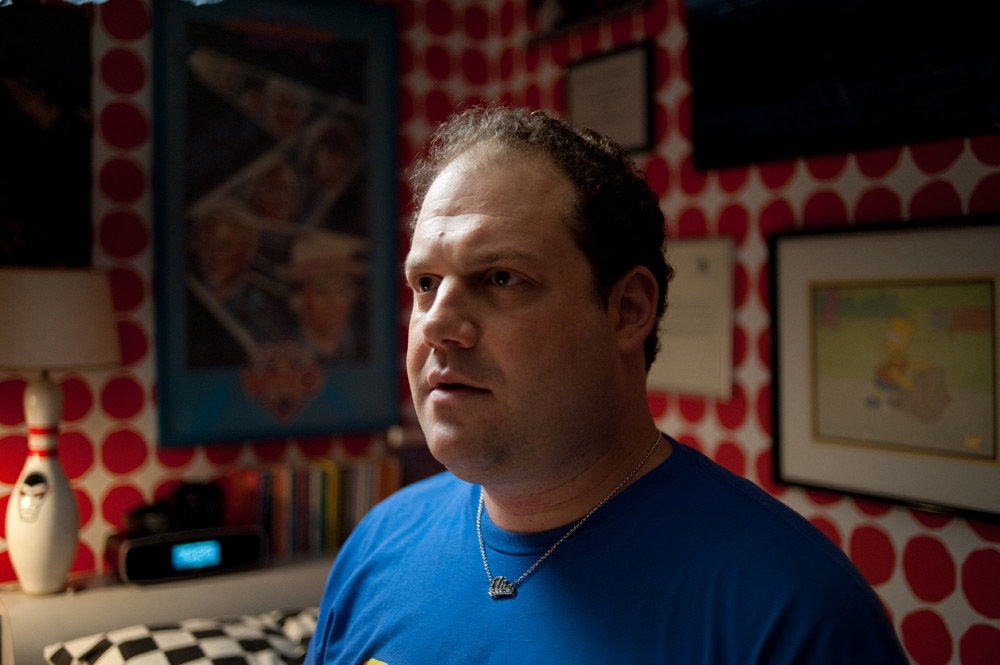 Coming off its Venice premiere, Todd Solondz's Dark Horse is a sincere, almost sentimental effort to sum up the entire life of its protagonist Abe, an abrasive, angry 35-year-old who lives with his parents, works in his father's business, and exists in the shadow of his successful younger brother. Solondz uses Abe's active fantasy life to get under the surface of the character, and much of my difficulty with the film is that these fantasies feel less like Abe's creations than like directorial commentary, providing repeated and brutal reality checks to a character whose defenses wouldn't permit such an unconscious eruption. Still, Solondz guides us to sympathy with a very difficult human being, no easy feat. Another Venice film, Whit Stillman's Damsels in Distress, fared less well with me. It occurs to me that Metropolitan, the glorious beginning of Stillman's career, went to great lengths to provide detailed social context for his characters' behavior, and that since then Stillman has increasingly favored the kind of comedy of eccentricity that needs to suppress context of all kinds. Still a smart and funny guy who can turn a phrase with the best of them, Stillman now seems content to surprise us with bizarre behavior of almost any kind, a strategy that doesn't reap long-term dividends. 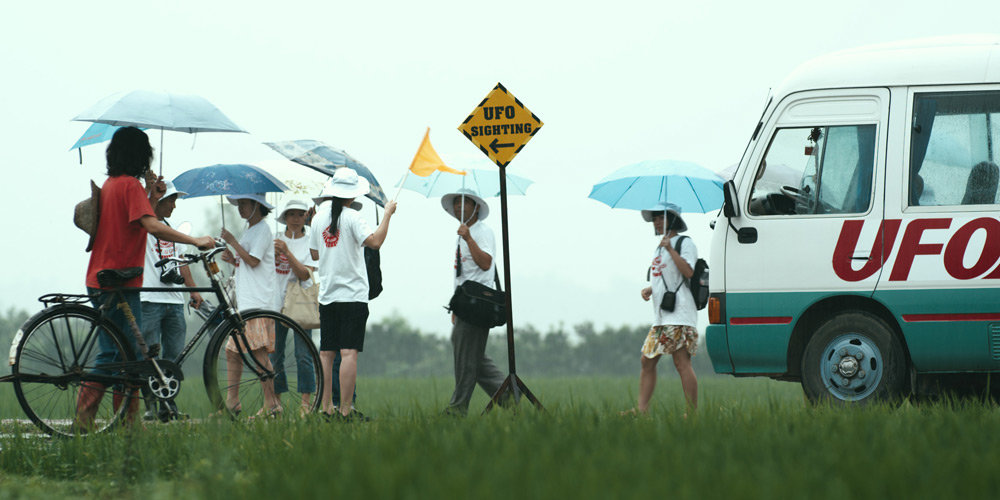 I had had high hopes for Guo Xiaolu's UFO in Her Eyes after having been wowed by her 2009 She, a Chinese. But the new film, a Toronto premiere, happily embraces a cartoonish, satirical tone that seemed labored to me. Guo tricks up the movie with a nonstop parade of style effects that paradoxically underline the literary quality of the project.