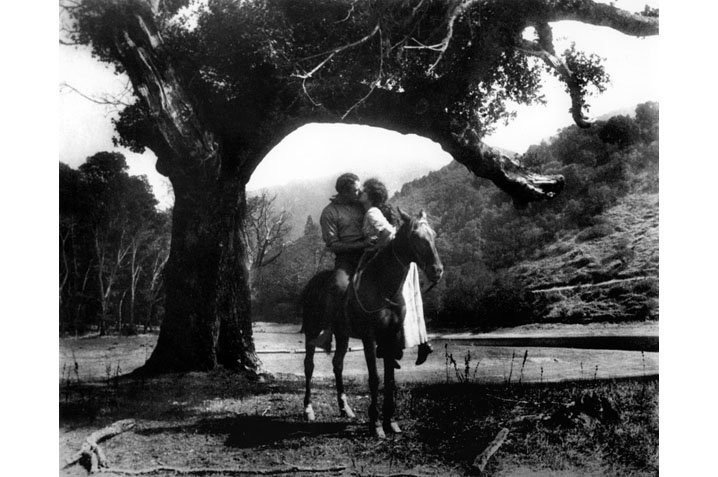 The National Film Preservation Foundation announced today that the next volume in their invaluable series of DVD releases will be Treasures 5: The West, 1898-1938. The 10-hour, 3-disc box set celebrates "the dynamic, gender-bending, ethnically diverse West that flourished in early movies but has never before been seen on video."

The full lineup is here and today's announcement plucks out a few of the highlights: "Among the 40 selections are Mantrap (1926), the wilderness comedy starring Clara Bow in her favorite role; WS Van Dyke's legendary The Lady of the Dugout (1918), featuring outlaw-turned-actor Al Jennings; Salomy Jane (1914), with America's first Latina screen celebrity Beatriz Michelena [image above]; Gregory La Cava's sparkling Old West–reversal Womanhandled (1925); Sessue Hayakawa in the cross-cultural drama Last of the Line (1914); one-reelers with Tom Mix and Broncho Billy, Mabel Normand in The Tourists (1912), and dozens of other rarities." The set is slated for a September release.

Speaking of the wild, wild West, in his DVD column for the New York Times this week, Dave Kehr considers the evolution and persistent popularity of John Wayne as an American icon on the occasion of four new releases: "This year Fox is releasing Blu-ray editions of two films that belong to Wayne's late-middle period: The Horse Soldiers, directed by John Ford and released in 1959, and The Comancheros, a 1961 release that would be the last directed by the prolific Michael Curtiz. And Paramount is releasing two late Wayne films that originally came out through National General Pictures: Rio Lobo, the 1970 western that would prove to be the last film directed by Howard Hawks, and Big Jake, a 1971 release that would be the last screen credit for the director George Sherman, a hard-working and undervalued genre filmmaker who had worked with Wayne back at Republic in the 1930s. These aren't among the best films that Wayne ever appeared in, but each one offers another chapter in the story of the singular character that Wayne, with the help of several important collaborators, invented for himself."

"Few film directors have generated as much partisan devotion as Stanley Kubrick, a demanding creator whose control reaches to every detail of the finished film and his coolly removed style and exacting methods resulted in one masterpiece after another, many of them critically hammered upon release, all of them grown in stature with time and distance." For MSN Movies, Sean Axmaker reviews the debuts of Lolita (1962) and Barry Lyndon (1975) on Blu-ray as well as the 40th Anniversary Edition Blu-ray release of A Clockwork Orange (1971). All are included in the Stanley Kubrick Limited Edition Collection, which also features Spartacus (1960), Dr Strangelove (1964), 2001: A Space Odyssey (1968), The Shining (1980), Full Metal Jacket (1987), Eyes Wide Shut (1999) and plenty of supplements on 10 discs.

When the restored Clockwork screened as part of Cannes Classics a couple of weeks ago, Steve Rose recalled in the Guardian that it "generated moral panic on its release" in the UK and that Kubrick, facing threats of ultraviolence and worse (crowds rumbled outside the gates of his estate), withdrew it from circulation in 1974. "Until Kubrick's death in 1999, just about the only way you could see it in Britain was on an illicit third-generation video copy, which added a frisson of danger but made for a fuzzy, muffled watch." Now, though, "the film's journey into mainstream respectability, and availability, is finally complete…. As with most Kubrick films, the movie still poses big questions — about power, the curtailment of civil liberties in the name of social order, personal freedom and morality." 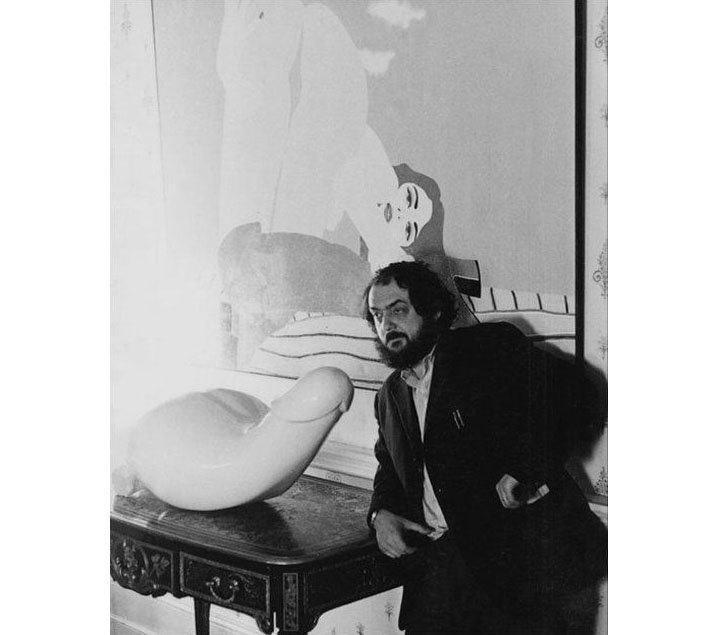 The screening in Cannes was preceded by the news that at least 20 unpublished short stories and the original screenplay by Anthony Burgess (author, of course, of the novel on which the film is based) were discovered at a research center in Manchester. As Stephen Bates notes in his report for the Guardian, Kubrick rejected this screenplay and eventually wrote his own.

Meantime, comic artist Kevin Colden has been working on a graphic novel adaptation, while Andrew Bargaron imagines the cover of another. Movieline's ST VanAirsdale interviews Malcolm McDowell, while, for Collider, Hunter Daniels talks with McDowell and Leon Vitali, who oversees the restoration of all of Kubrick's films. Viewing: For the Guardian, Malcolm McDowell, Jan Harlan and Christiane Kubrick discuss the film 40 years on. And at Dangerous Minds, Paul Gallagher posts a 1972 program in which McDowell and Burgess discuss the book and the film and "there's also a brief section on the film's music by Wendy Carlos, together with a fine selection of clips, which makes this well worth watching."

Glenn Kenny and Jeffrey Wells have been butting heads (well, virtually) over the aspect ratio of the Barry Lyndon release. Sean notes that Kubrick's "preferred aspect ratio for his post-2001 releases was 1.66:1, a standard format in Europe but not in the US, where most theaters routinely set non-anamorphic films at the 1.85:1 standard." Wells "blew a gasket over the specs on the Blu-ray cover, which listed the aspect ratio at 1.85:1," while Glenn "tried to slow the rush to judgment by looking at the disc itself, which he found at first glance to be 1:66:1. To make the whole issue more fun, it turns out both were wrong. Wells took the tech specs at face value without actually looking at the disc, and Kenny discovered his widescreen settings were off, which he rather sheepishly revisted in an update ('My apologies to you all... but none to my frenemy Mr. Wells, who went off even more half cocked than I…'). The actual aspect ratio turned out to be the widescreen TV standard of 1.77:1, or 16x9, rather than the 1.66 that has previously been available on DVD. Both writers, often at odds, claim ultimate victory in this debate." The brouhaha has spilled over into other forums, and if you're anxious to go there, Sean'll be your guide. He's got the links. More from Bilge Ebiri.