It's interesting the way a film's reputation mutates over the years. Moderately well do I recall the reception accorded Spirits of the Dead, originally called Histoires extraordinaires, when it hit the States in a slightly bowdlerized form in the late '60s. Critics could barely be bothered to yawn at the spectacle of what they largely explained as two world-class directors and one arty/exploitative journeyman slumming, as it were, in the horror genre, each doing a more or less "free" adaptation of an Edgar Allan Poe tale. Roger Vadim's Metzengerstein, despite its meretricious casting of real-life sister and brother Jane and Peter Fonda (Jane was Vadim's wife at the time) as potential lovers, barely raised an eyebrow, in spite of the delightfully skimpy (albeit hardly period-realistic) costumes sported therein by Fonda. Louis Malle's take on the doppelganger tale William Wilson was considered lukewarm despite the presences of Alain Delon and araven-haired Brigitte Bardot. Only Fellini's delirious Toby Dammit, a mordantly hilarious and supercharged cross between the maestro's own 8 1/2 and Mario Bava's Operazione Paura, starring Terence Stamp as a dissolute British film star with a touch of punk avant le lettre to his persona, elicited a whole lot of excitement, and even so it took some stick on self-parody charges. (All of the images here, personally photographed off of my plasma display by my own self, are from that portion of the film.) 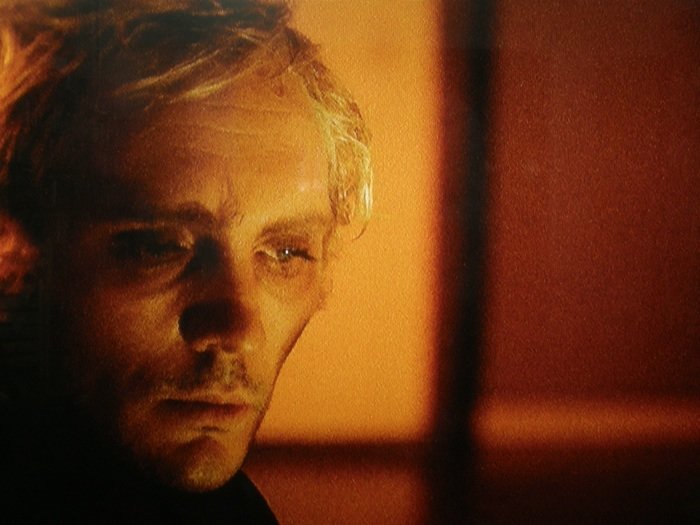 In other words, an auteurist misfire, a miscalculated zeitgeist missile, and so on. But over the years its cult has grown. In large part this has to to with they you-don't-know-what-you've-got-till-it's-gone syndrome. Simply and crudely put, of the five silver screen icons on display here, only one of them remains more or less undiminished. Jane Fonda has gone from sex-kitten-cum-radical activist to Oprah-ized grande dame. Delon's gone from World's Sexiest Sentient Being to Distinguished-Looking-Old-French-Guy-Who-Always-WAS-Kind-Of-A-Creep-And-Really-Ought-To-Watch-The-Intimations-Of-Anti-Semitism-When-He-Makes-TV-Chat-Show-Appearances. The less said of Bardot, the better. It's nice to see Jane's little brother Peter when he turns up, one supposes. Only Terence Stamp remains TERENCE STAMP, God bless him. As for the rest, this film now represents them at their respective 100 proof strengths, which we sure as heck aren't getting these days. So there's that. 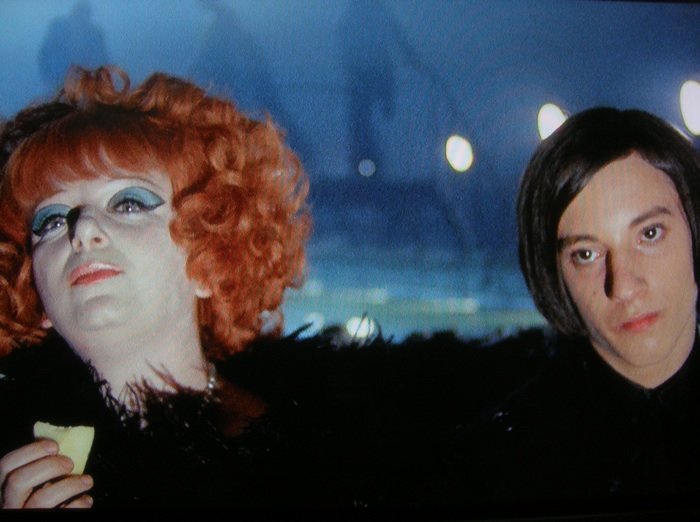 There's also the fact that the film was, for a long time, very difficult to see in a definitive or even decent version. One of the signal attractions of the Toby Dammit episode was the fact that it was, like Godard's Contempt, initially enacted in all its original languages; that is, Stamp spoke English, in his own voice, the other actors spoke Italian, a little French; much of the humor of the episode comes from miscommunication, mistranslations, Stamp's unacknowledged because not apprehended insults to his Italian hosts, and so on. All this stuff is lost in the all-English or all-French soundtracks, and for a long while only an old laser disc was where one could appreciate the multi-lingual version at home. On the other hand, one attraction of the all-French version is hearing Jane Fonda actually speaking incidentally excellent French, because she, you know, did that in life when she was married to Vadim. Awesome. Challenge one here was inventing a home video format that could hold multiple versions of the film comfortably. Blu-ray seems to fit that bill pretty nicely, yippee! 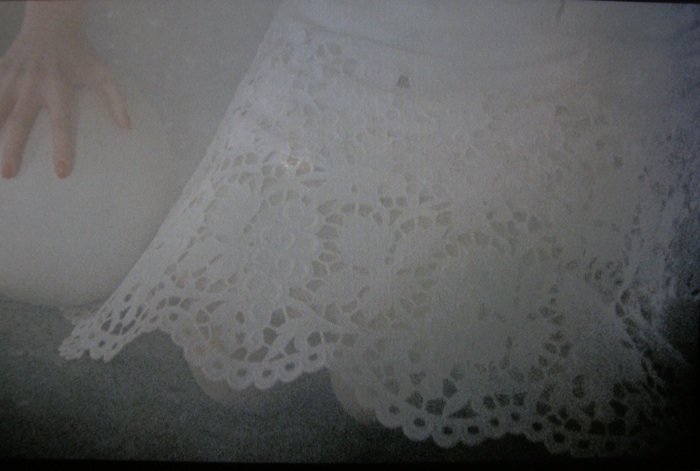 Of course with the power of Blu-ray comes great responsibility. Fortunately the people at Arrow Video, which is quickly establishing itself as something like the goddamn Platonic ideal of video concerns specializing in genre fare—their version of Argento's Inferno, reviewed here a few weeks back, is genius—contrived a gorgeous transfer of the film from the negative, sussed out all the soundtrack issues, threw in new subtitles, and put together an extensive booklet containing the texts of the Poe stories AND excellent essays by Tim Lucas—a critic who's done an awful lot to boost the film's reputation over the years, and make us understand why the specifics of the restoration as achieved here were necessary—and scholar Peter Bondanella. And the U.K. company made the package region-free. Absolutely essential, one of the DVDs of the year, every frame addictively watchable, a reason to be cheerful.