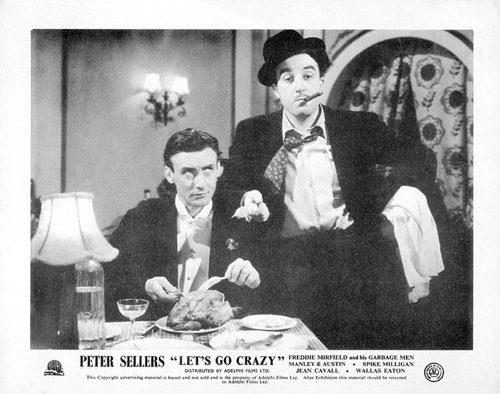 Can one be nostalgic for a time and a place in which one never lived? Certain works of art evoke something very much like that feeling. Listening to live recordings of John Coltrane and of Sonny Rollins at the Village Vanguard, for instance, one sometimes gets the feeling one might have wanted to "be there" back in the late 50s and early 60s. Then one remembers that, at least in the present case, if one had been alive to go to those shows, one would likely be dead by now, of lung cancer and/or old age and/or some combination of both, with some other self-imposed maladies working on one to boot. I am old enough to have gone to CBGB back when there was a lot of dog waste on the floor, but I didn't, and I'm glad, because dog waste in indoor venues is just plain unsanitary and when I finally did start going to CBGB around '77 it was unsanitary enough already without the dog waste. As for nostalgia for any period prior to the 1950s, I'll never succumb to it, because, as it happens, I'm too fond of the state of indoor plumbing in this ever-changing world in which we're livin'. There. I said it.

I bring this up because I went into my viewing of this rather splendid, chock-filled BFI disc (my copy is in the Blu-ray format, but it's available as a standard def Region 2 PAL item as well), comprised of three feature films in which young Peter Sellers had an either crucial or peripheral involvement, thinking that maybe it would give me a weird warm fuzzy feeling that would make me envy the folks who lived in England and the surrounding territories at the time. I don't know a hell of a lot about cultural life in the United Kingdom during the post-World War II years, although I presume, for some reason, that there were a lot of power outages, and that people used the word "bakelite" more than they do in These United States. Anyway, no way did 1951's Penny Points To Paradise make me feel that way. Rather the opposite at times. Young Sellers appears with his fellow vets of radio's "Goon Show," Harry Slecombe and Spike Milligan, playing, no surprise here, a dual role, one of which is that of "The Major," a stuffy moustachioed older type. At one point The Major is regaling a barman with the tale of a viral outbreak in one of the sub-Saharan colonies:

"A most pernicious disease. The natives used to get it in their bazaars."

"Very nasty place to get it, sir," the barman responds.

"Yes. Sometimes we had to shoot the dogs as well."

"Well they weren't very pleased about it, you know?"

Oh. My. God. That's an awful joke. And the film, whose super-flimsy plot has a pool champion on holiday targeted by a forger, or something, is full of precisely such awful jokes, and so, Penny Points to Paradise, rather than imbuing one with a desire to have lived in Britain in 1951 and have been able to see this film in theaters—or "cinemas," as you would be calling them if you lived in Britain—instead is more likely to sap one of the very will to live, unless one derives a certain perverse enjoyment out of awful jokes and lots of them.

The second picture of the set is Let's Go Crazy, which appears to be a compendium or radio sketches staged for the screen. Staged on a couple of terribly sparse sets—good lord, there are an awful lot of restaurant-set skits in this thing. And the jokes? Just as good. "There's something radically wrong with this chicken," a diner complains to a shabby sort-of wiater played by Sellers (the still at top is from this very sketch). "I know, that's why it died, innit?" replies Sellers. Oh...the pain...The film contains maybe a half-dozen bits, which, were I the sort of would-be film historian driven to make presumptions drawn from admitedly limited evidence, I would say speak to the ubiquitousness of the restaurant sketch in British comedy, and provides a key to the famous parody of such a bit in an early episode of Monty Python's Flying Circus. (Punch line: "It's a good thing I didn't say anything about the knife!")

Third, and perhaps oddest, is a 1953 compendium of silent comedy clips called The Slappiest Days Of Our Lives, an opening crawl to which informs us that "The early years of the century were happy years, slappy years, perhaps the slappiest in film making." Right. Sellers never appears on-screen here, but contributes a running, riffing commentary to the silent film footage that more often than not evokes the television program of the future, Mystery Science Theater 3000. At times Sellers puts on a sort-of Bronx accent that presages his Humbert-bamboozling work as Clare Quilty in Kubrick's Lolita—which is interesting, because a lot of critics and historians have presumed that this Bronx accent was Sellers' imitation of Kubrick. And yet here he is, in 1953, before he even met Kubrick...before Kubrick as even really a public figure (he only directed his first feature, Fear and Desire, around this time), doing a kind of Kubrick voice.

And that's why I call this package "rather splendid," despite its inability to make one feel fake-nostalgic for Great Britain of the early 50s. Because of the insight it gives into Sellers as a performer. It's a kick to see his mercurial talent roiling underneath the rather bland and conventional comic surface of an amiable entertainment such as Penny Points. And of course the package is a wholly admirable one, as BFI packages tend to be, showcasing good restorations of the material itself and featuring an informative booklet.