A couple of weeks ago, trying to encapsulate the appeal of Dario Argento's Inferno, I quoted Martin Scorsese on Mario Bava: "I...like Bava's films very much: hardly any story, just atmosphere, with all that fog and ladies walking down corridors—a kind of Italian gothic. I could just put them on loops and have one going in one room in my house, one going on in another..." Yes, exactly, and it's a sentiment, or wish, that one could apply to any number of other atmospheric films, were one to in fact have a large number of rooms in one's house. Or something. (Remember the bit in Scorsese's The King of Comedy, when Jerry Lewis' lonely talk show host Jerry Langford enters his own very spacious apartment, and we see a scene from Fuller's Pickup On South Street playing on a then-fancy TV monitor, and it seems as if maybe the television's been on since before he actually got home? I think of that Scorsese quote now, whenever I see that bit.) In any event, one film I'd nominate for projection, or DVD, loopdom, if I had room enough and money, would be Josef von Sternberg's brief (not even 80 minutes), slight (the melodrama of self-sacrifice and all that rot is played out with such perfunctoriness as to be completely ignorable, unlike in, say, Blonde Venus where the actors and that damn kid pump the moralism up), and entirely intoxicating Shanghai Express (1932), a gorgeous poem of a train movie where the lull of the repetitive chugging/gliding over smooth rails has a narcotic pull even in the scenes that are off of the titular train. Where the visual rhymes in dissolves are practically abstract in spite of their appositeness, like so: 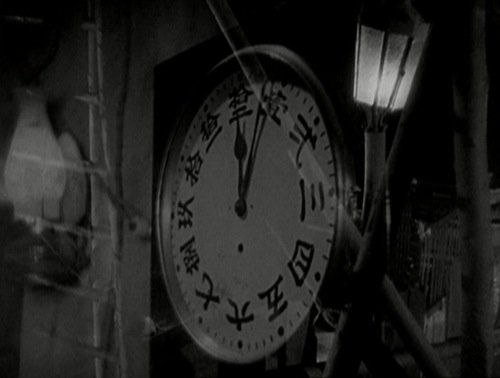 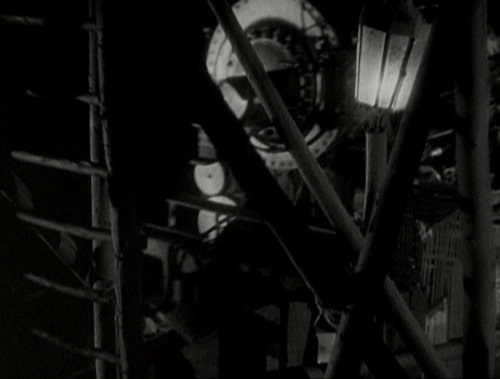 Damn, that's nice. Then there is, of course, the inscrutable eroticism of the often veiled Marlene Dietrich, as the thoroughly definitive fallen woman Shanghai Lily, who by the end confirms her nobility without at all sacrificing her steeped-in-perdition deliciousness. Who among us, male or female, gay or straight, black, white, yellow, Christian, Jew, Muslim, or Baha'i, would not, finally, want to spend time in this seductive and dangerous imaginary world? I cannot imagine. I guess that's why I'm what some would call a cinephile, eh? 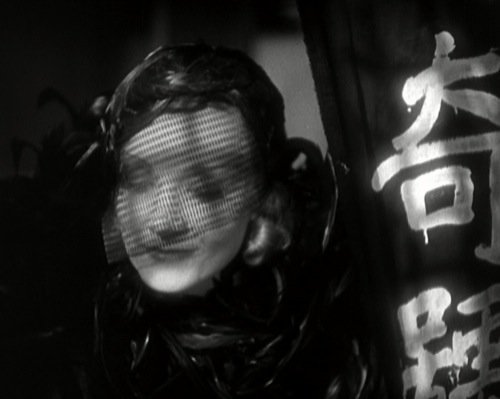 Also heady is the simulated bonhomie faked by some of the Bronze Age's most distinguished character actors; we see below Lawrence Grant as the censorious and tetchy Reverend Mr. Carmichael; a relatively slim Eugene Pallette as the compulsive gambler Sam Salt, and Warner Oland as Charlie Chan. Oh, wait, he's just made up as he would be in the Charlie Chan movies; here he plays Henry Chang, a fellow who is not the person he initially presents himself as, and I shall say no more in case you haven't seen the movie and are actually potentially interested in its plot, which does, in some sense, exist. (Actually, character and story line in this film is hardly without pertinence, as my friend and Daily Notebook colleague Danny Kasman pointed out here some time ago. As with Jacques Tati's Playtime, just what you see is dependent on where you sit, only in this case the question of placement is metaphorical.) 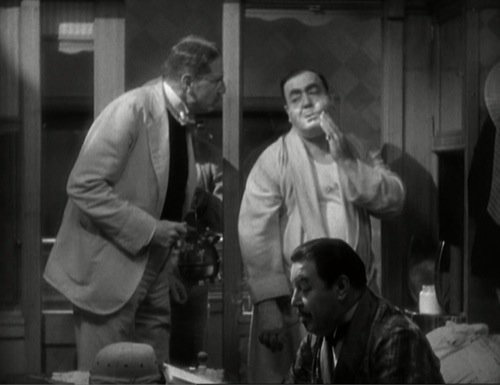 One of the beauties of Jules Furthman's tight script is the way certain lines of dialogue iterate and reiterate in the same way a train moves forward by repeating the same precise motion over and over again. Sam Salt's never-ending offers to "make a bet." Shanghai Lily and her ex-lover Captain Harvey's verbal "you've changed/you haven't changed" pas-de-deux. And then the seeming volte-faces that are taken without the character even having taken another breath; "I could love a woman like you" followed by "I wouldn't trust you from here to the door." Not necessarily mutually exclusive ideas, I understand. But still. 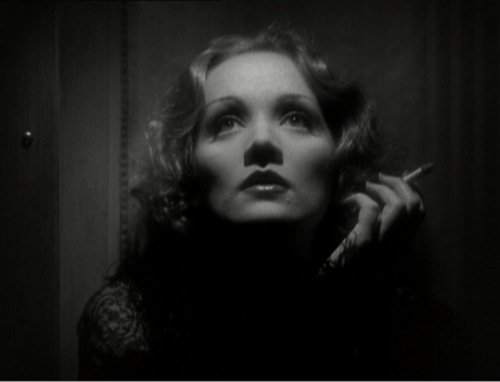 Oddly enough, or perhaps I ought to say typically enough, Universal Home Video in the U.S. has not yet seen fit to release this film on domestic DVD; don't even mention the high-definition Blu-ray format I insist it creamy imagery—captured by Lee Garmes and an uncredited James Wong Howe—demands. And so I make note of this new, and handsome, extras-free subtitles-optional standard def Region 2 PAL disc from French Universal. Which I may put on a loop, if I can make my player do it...