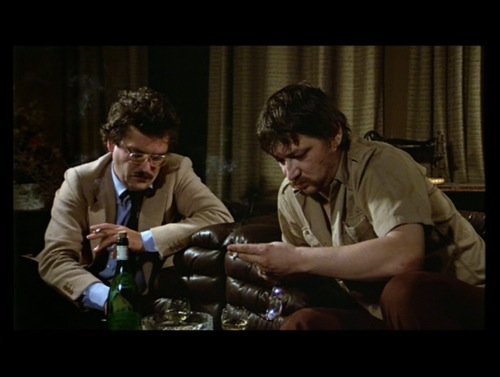 One of the many ways in which Ule Edel's recent film The Baader Meinhof Complex failed, both artistically and in terms of actual address of its subject, was in demonstrating the activities of its title group in terms of the cultural trauma it wreaked. After a few perfunctory tips of the hat to Baader and Meinhof's ideologies and passions, the film settles into a catalog of criminal-activity set pieces, and the characters might as well belong to some sort fo German-speaking, countercultural mob. There's no sense at all of a society thrown into abject shock. The failure is made all the more peculiar, or if you want to be more overtly judgemental about it, egregious,by the fact that in Germany films were being made that addressed this condition even as the Red Army Faction's corpse, such as it was, was barely cold. 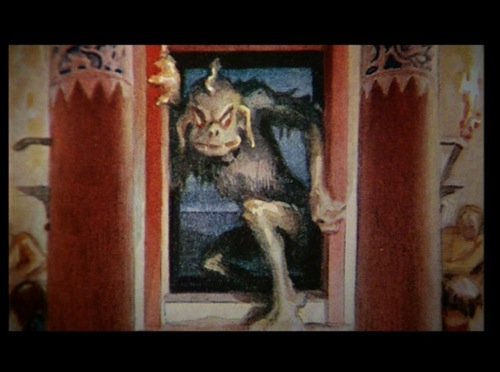 The 1978 Deutschland im Herbst (Germany in Autumn), often attributed to Alexander Kluge but signed by a larger number of filmmakers, each of whom contributes a segment, is exactly such a film. The Editions Filmmuseum DVD of the film, released in 2007, would be indispensable were it to include only this film. But the generous package also features a whole second feature, 1978's Die Patrioten (The Patriot), two shorts from the same period as the features, and two of Kluge's droll one-minute satirical TV "spots" from the late 90s. Taken as a whole they constitute a remarkable introduction to Kluge's work, work which uses film and literature not as a mode of personal emotional expression but as a mode of critique and engagement/disengagement. These notions almost literally charge every image of Deutschlan Im Herbst, even the ones that Kluge is not "responsible" for. 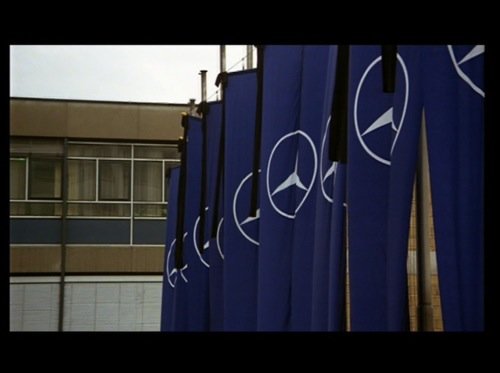 This shot of the proud yet mournful Mercedes logo flags, for instance... 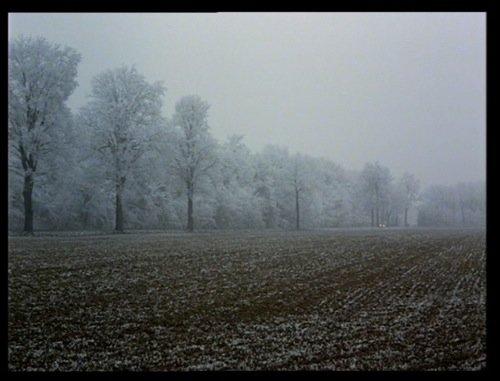 ...or this shot of a forest-hemmed field that, even out of its immediate context, we sense can only ever be located in Germany...these are the cataclysmically privileged moments that Kluge is capable of packing his films with. Deutschland begins and ends with very beautifully shot footage of very real funerals, funerals of both Red Army Faction members and one of their victims, but the prevailing tone here is neither sentimental nor mournful; it is cold, but it burns. It is located, with great precision, within the traumatic moment it addresses. And as such it functioned then, and continues to function, as a very effective hedge against future empty-headed mythmaking. 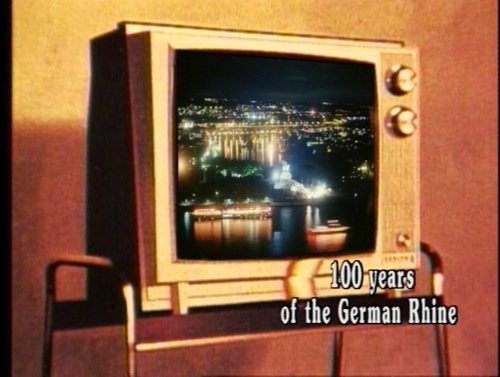 The overall quality of the presentation here is excellent; both of the features look as if they'd been mastered from prints that were struck yesterday. However, the varied contributors to the Deutschland—Volker Schlondorff and Rainer Werner Fassbinder among them—shot in different aspect ratios. Editions Filmmuseum decided to present the film overall in a 4:3 aspect ratio, so that the wider material plays within the standard square, as the above screen caps testify. Having not seen the film in a theatrical presentation, I can't say whether this kind of presentation was the case in that circumstance. In any event, I did not find this feature particularly bothersome.