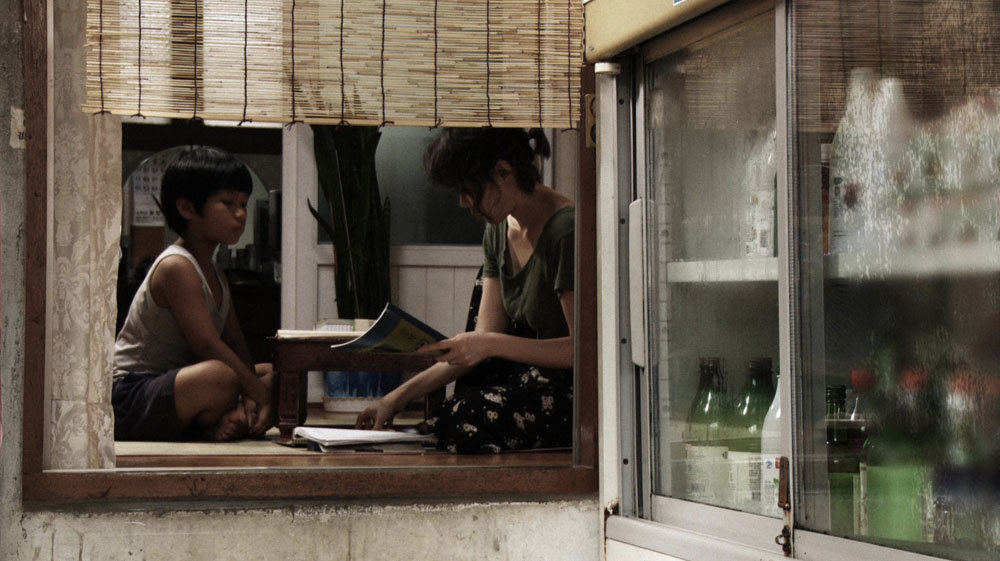 Since 2006, the Paris Korean Film Festival (Festival Franco-Coréen du Film, opening today and running through October 18) has screened a wide variety of Korean films in the Latin Quarter of the City of Light. This year, the Festival and MUBI are presenting a generous sampling of 17 films you can now watch for free.

In 0.201, Ko Seok-heui reveals the ways history resonates in today's Seoul. Sin I-soo shows us a Seoul few are likely to have known in Dear Lara.

Choi Sung-eun's Dead Drunken Master is a martial arts comedy about an office worker trying to teach himself to drink alcohol. A beauty shop employee tries to explain away a revealing photo of herself in Hyun Jeong-jae's Make-Up.

An astronaut aims for a new planet — and a new life — in Lee Han-bit's Cosmic Man. Another space traveller is an animated dog in Kim Da-hye's Space Radio.

A motley collection of characters inhabit a dilapidated building in Shin Hyun-tak's Dogs and Flowers. An upstairs-downstairs conflict turns violent in Zhang Dong-kook's The Death of a Good Neighbor.

Lee Hyung-suk tips a broad-brimmed hat to an American genre in Western Movie.

A couple's celebration of their 1000th day together does not go as planned in Lee Se-hyung's 999. In Oh Hyun-min's Adios, a split couple reunite — very tentatively.

Yoon Sung-jun tells One Man's Story in a photo album.

Kim Young-soo's Pest depicts the aftermath of a virus outbreak in the near future.