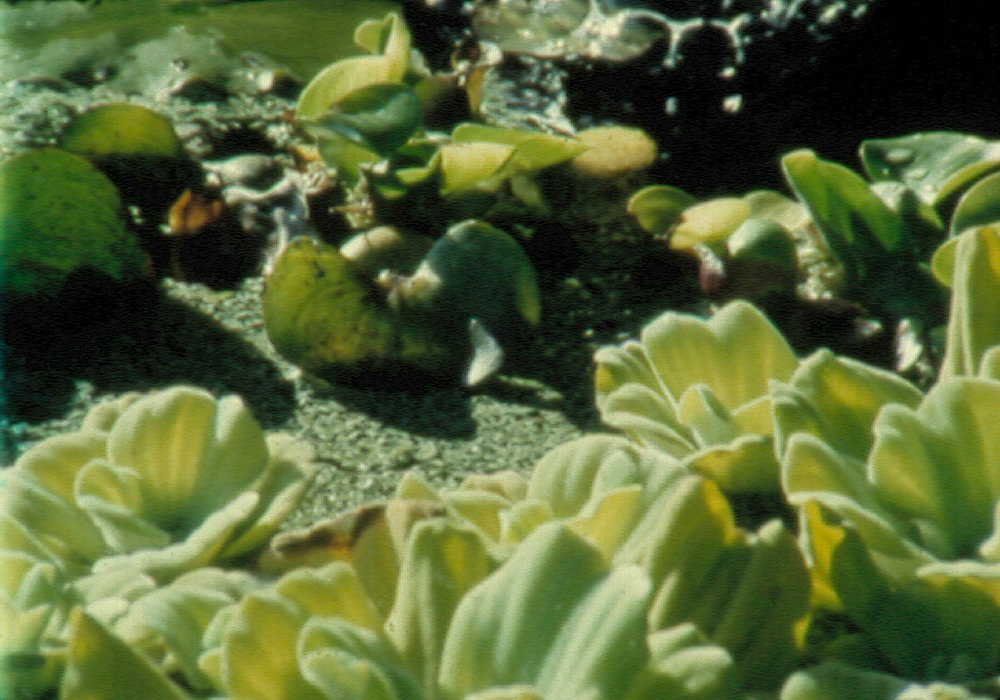 “Ah, yes! Rose Lowder!” This is the response when the name of the French experimental filmmaker comes up in conversation among the avant-garde cognoscenti, the recognition that Lowder is not only a major master of our time but a kind of inevitability, one of the essential pillars of cinema as a material artform. And yet, her work isn’t as widely written about or addressed in canonical surveys, compared with comparable figures of her generation, with comparable levels of achievement. It seems that Lowder is taken as a given, part of the overall landscape of the experimental film universe, an axiom. No one makes films like hers, but there are dozens of films for which Lowder is the only logical point of comparison. Her Bouquets series has become her best known set of films (arguably the works that cemented her reputation), but they are but one small part of an oeuvre that dates back to the 1970s.

The Bouquets films, like most all of Lowder’s films, are characterized by a rapid-fire perceptual workout generated by frame-by-frame photography. She exposes her scenes at alternating increments, introducing a vibration or alternation between two distinct positions or, in many cases, subjects, thereby depriving cinema of its standard capacity to replicate “normal” vision. This natural look, we might call it, is replaced with a tense, heightened dialecticism, which electrifies that which might otherwise mistake for being inert. Although the Bouquets (and other Lowder films) contain all sorts of images drawn from in and around Lowder’s home in provincial France, the image which has become her standard recognition baseline (a kind of cine-avatar, if you will) is the flower, either in isolation or dispersed across gardens in color-organized beds. Lowder’s flowers don’t just sway in the wind. Her single-frame shifting whips the flora into a kind of molecular frenzy. Frequently, another view—a hillside, a home, even an animal—will intersect with this flower motion, its dominant melody allowing the unexpected content to function as counterpoint.

Earlier works didn’t plant themselves in the garden at all. For instance, 1986’s Scènes de la vie française: La Ciotat alternates between two distinct times in a single place, the fishing docks, each separate timeframe demarcated with a color code. Her film shot in Avignon from the same series (also 1986) focuses on trees and a picnic area in a park. Nevertheless, the Bouquets have proven so successful partly because of their combination of potency and brevity. They are each exactly one minute long, usually shown in groups, and so it becomes possible to discern exactly how Lowder can maintain the same essential format and re-invent it each time, a kind of seriality without the crushing burden of old-style structuralism. Every Bouquet starts with the same title “card,” the letters B-O-U-Q-U-E-T flashing in block letters, frame by frame, followed by the number of the film. (The films end with the filmmaker’s name popping up in the same font, followed by the date.) While the earliest works in the series tended to zero in much more intently on flowers and plant life, with other elements (such as barns or pastures) serving as the contrapuntal backdrops, Bouquets 11-20, completed between 2005 and 2009, were filmed at places Lowder terms “ecological sites” throughout France, Italy and Switzerland. (The list of filmed sites is available here.) As is evident from the films themselves, Lowder is providing much more space within this set of Bouquets to the material between the flowers, and much of it is surprising. We take actual pauses to see cows, goats, and farm cats moving through the farmscapes and gardens, claiming them as their own even as Lowder’s trademark frame-by-frame (re)animation allows the plants and flowers to “reclaim” the earth for themselves.

This, in a sense, could speak to a dialectical view of ecology and the Green movement’s insistence that human engagement with nature be a role of stewardship rather than dominion. When one looks at the earlier Lowder films, there is an energy almost verging on anger, as though “pretty” flowers were demanding their say in an image-world that had relegated them to the status of brute matter. (Capitalism only considers the natural inasmuch as it functions as a “resource”—what Heidegger called “standing reserve.” But even Marx wrote of the natural world as inert matter, waiting to be transformed by human labor.) Now, in 11-20, there is a commensurate adequacy of the camera gaze to multiple perspectives on the environment, the nervous vibration coexisting with a placid, even loving look of protection. Lowder’s Bouquets are not only jostling us out of our habitual assumptions regarding the passivity of the world before our gaze. They are also enframing that world in order to remind us of just how much it contains that is beautiful and singular, and vital to save.