The two Crank films exist to prove that Jason Statham is more than just a face—or, really, more than a head, puckishly bald, capable of subtle movements of the eyes and mouth, a sort of fountain of muttered one-liners. They’re the reverse of JCVD, Mabrouk El Mechri’s brutal proof that Jean Claude Van Damme is more than just a body: Van Damme, who in Replicant demonstrated himself to be a physical actor on par with the Denis Lavant of Lovers on the Bridge, and in Knock Off was an un-self-aware Gene Kelly, here dominates the screen as a face and a voice—most beautifully in a monologue that could have been conceived by Bertrand Blier if he was interested in emotions instead of ideas about emotions. Statham is Van Damme’s opposite, that odd action star who’s at his best when delivering (and that’s the right word) dialogue and at his least interesting when given a gun or kicking down a door. Like Van Damme at his prime, he belongs to the middle-tier of action movie stars: not a bulldozer like Schwarzenegger, but with more commercial appeal than a Mannerist like Seagal. So: Mark Neveldine and Brian Taylor have proven that Statham’s legs, chest, and arms are as worthy of filming as that boxer’s grin. Why?

In the classical era we defined the body by its grace; in the present, we define it by its capacity for humiliation. Once we wanted movie stars (and movies themselves) to never grow old; now that we’ve learned to accept their mortality, we look forward to watching them age. We think about how a movie will seem ten, twenty years right after watching it; we see a young face and wonder how it’ll be as an old one. I find myself enjoying Gerard Depardieu’s ballooning weight, looking forward to seeing Teruyuki Kagawa as a grandfather, Matthieu Amalric’s hair turning gray. There was a time when it was unthinkable that actors would "improve with age," and the most popular stars were the ones who resisted aging (often by dying), but now we, for the most part, aren't interested in the static, in the perfect. Who, in this day and age, will praise the control of a brilliant song-and-dance man like Zac Efron?

There’s a degree of slapstick to every action movie; Statham’s is a slapstick of a different kind. It’s far from the work of fools like Chaplin and Cantinflas or sapheads like Keaton and Linder, and closer to genuine idiots like Larry Semon or Onesime. Jerry Lewis seems like the pinnacle, because he was equal parts perfectionist saphead and complete buffoon, both careful and careless. Statham has become in these films the definitive action star because he is cool and idiotic, but not cool in spite of idiocy and never foolish. Though it’s possible to imagine Statham rubbing vigorously against an old woman or donning a dog’s electric shock collar (he does both in Crank: High Voltage), it’s impossible to imagine him getting tricked. His is a willing idiocy, and for that he’s the greatest: better than the likable athlete Tony Jaa (watching a Jaa movie is always a bit like watching the Olympics); more human than Daniel Craig, whose bruises are always undeniably makeup; so potent that Clive Owen spent the entirety of Shoot ‘Em Up trying to be him. His only real competition is Stephen Chow, Jerry Lewis’ most direct heir, but Chow is a professional. He was born for his films, while Statham is a good amateur, a guy who seems to have wandered onto the screen by accident and has decided to run with it. Like a character in one of his films, some small-time crook who stumbling on to a big score. If Chow is a trained tenor, Statham is just a guy who’s good at karaoke, something that always seems more impressive. He has a willingness to do anything, to humiliate himself for the camera, to be ugly. And when you set off to do anything these days, it’s at least in part to be humiliated. We once hoped for the monumental—that movies would be like statues. Then we remembered that statues age, cracks form, bronze turns green with oxidation, the meanings of plaques and inscriptions becomes obscure over time. We wanted permanence, but now we hope for beautiful decay. 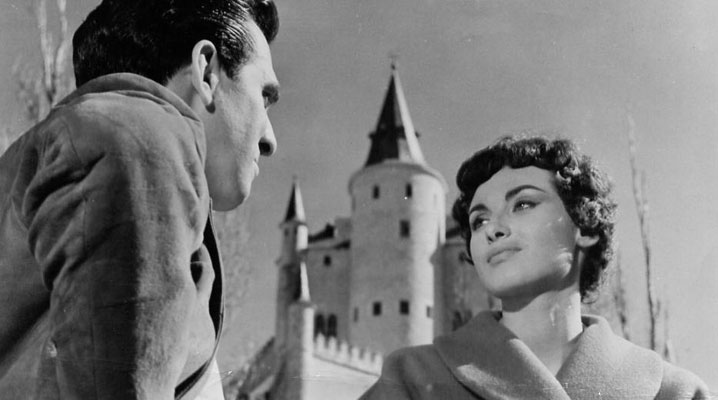 I wanted to begin this column, this project, with a statement of purpose. An outline, at least. What is the 21st century? It's a good question, one that I like a lot, mostly because I know that finding the answer is impossible. I think it's better to try to do abstract things without predetermined goals (live morally, love, etc.) than it is to want to something concrete (do a good deed, get married); the abstract begets concrete results, while a concrete goal with no reason behind it is petty: a goal, nothing more (and this is the heart of auteurism: that we value aspirations larger than a desire to "make something well"). I’ve realized that this project is a baby, a newborn only a few hundred words old. Answer will change. The form will change. Old responses will decay, and be eaten up by comments, like little maggots, begetting more comments. That’s my hope—that it’ll be like a body, and when it’s over and done with, when it’s dead, the skin and muscle and hair will rot away and leave a gleaming skeleton, and I can look at the bones and finally begin to understand what it was that propped it up the whole time. What gave it shape.