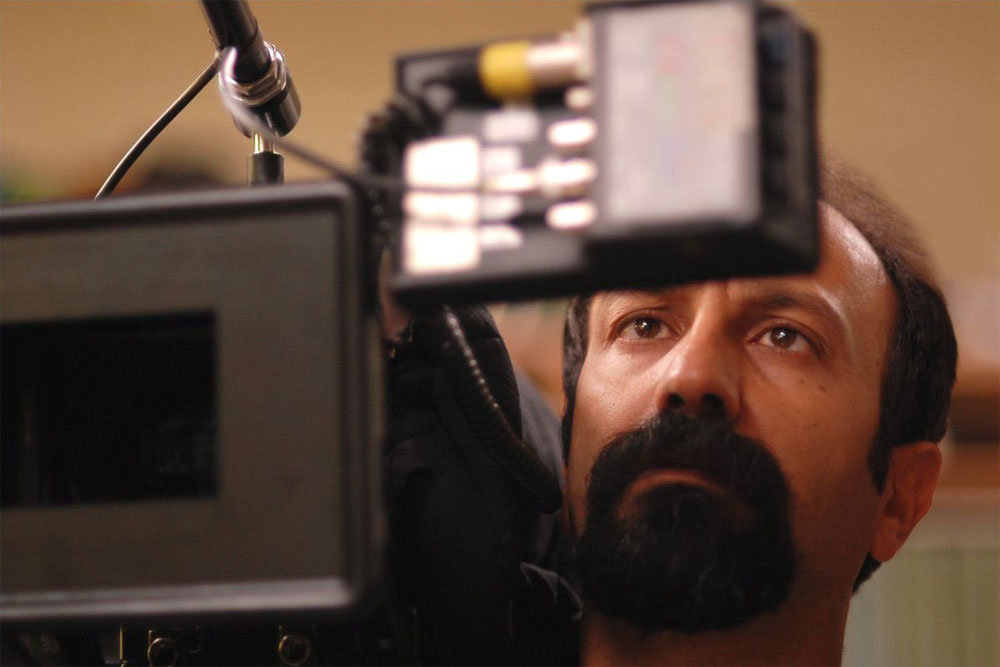 Today sees an odd confluence of stories on Asghar Farhadi, his Academy Award-winner for Best Foreign Film, A Separation, and his follow-up, which will "center on a love story between a young Iranian woman and a North African man, and will begin filming within weeks," as the AFP reports. And while it'll be shot in France, Farhadi is insisting that "I love my country and I will not change it for anywhere in the world… I will never emigrate from Iran."

Meantime, the Center for Directors of Iranian Cinema and the High Council of Producers of Iranian Cinema had been planning a ceremony in Tehran, welcoming Farhadi back home, a gesture of appreciation. But as the AP reports, authorities called off the event, "even though the government had hailed his win as a triumph over a competitor from Israel."

For Salon, Rod Bastanmehr accompanied Payman Maadi, who plays Nadar, on his trip to Los Angeles last month. A snippet:

"You walk into a restaurant, and you see Leonardo DiCaprio sitting beside you, and [Meryl Streep] sitting in front of you, and you give yourself 20 seconds of awe, and then it's done," says Maadi. "You don't really look at them anymore. What makes these moments so incredible is that you go in thinking you're there to see them, but they're really there to see you."

They've heard it all: Steven Spielberg said that he believed A Separation to be the best film of the year by a wide margin. David Fincher spent over half an hour discussing his various takes on the film's complex technical scope. Brad Pitt took Maadi aside during a press conference to describe his intense reaction to the film's opening scene, which caused his wife (maybe you've heard of her) to pause the film and return to it days later.

Angelina Jolie later cornered Farhadi at the awards, telling him that she longed to star in his next film. He thanked her, but politely made mention that, unfortunately, the female lead speaks only French.

Jolie told him she would learn the language by the first day of shooting.

But even after months on the circuit, it's still hard for Maadi to shake the shock of having Hollywood's most notable faces and filmmakers sing their praises. Woody Allen didn't let his infamous shtick of never attending the Academy Awards stop him from reaching out to Farhadi and Maadi, asking for even 30 minutes of their time once they arrived in New York…. Allen's consistent absence from the awards season racket begins to make sense to Maadi, as exhaustion once again sets in.

In the works. David Cronenberg will direct the pilot as well as serve as an executive producer on Knifeman, a TV series that'll focus on "the trials and triumphs of a radical, self-educated surgeon," according to the Hollywood Reporter's Lacey Rose.

More reading. For Fandor, Brandon Harris talks with Julie Dash about the Los Angeles School of Black Filmmakers﻿, Daughters of the Dust (1991) and Tupelo 77, the film she's working on now.

Oakland. We'll be hearing more about these screenings in the coming days and weeks (and hopefully, you'll have already spent some time with Adrian Curry's amazing collection of posters), but for now, the trailer, via Graham Fuller at Artinfo:

"Kevin Brownlow's latest reconstruction of Abel Gance's epic Napoleon, 330 minutes long, will be shown just four times — on March 24, 25, 31, and April 1 — by the San Francisco Silent Film Festival at the 3000-seat Oakland Paramount Theater. If you can beg, borrow, steal, or storm the Bastille to get a ticket, don't hesitate. Because of the costs and complexities of projecting the film with its monumental, 20-minute, three-screen 'Polyvision' finale, there are no plans for further screenings, nor will a DVD or Blu-ray edition be made available."﻿